Snow or no snow, Jay and I decided yesterday afternoon that there was just no way that we were going to miss out on last night’s Halloween party! As it turns out, the snow wasn’t nearly as bad as they were predicting (surprise, surprise), so I’m SO glad we made the trip up.

As for our Halloween costumes? I gave you all a little hint early last week…but here ya have it! 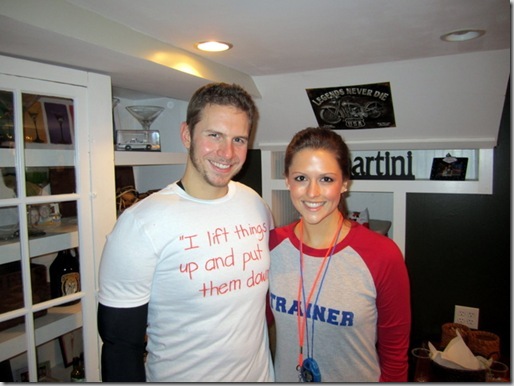 The buff gym guy and his trainer…original, I know.

Well, in case you’ve never seen the Planet Fitness commercial, you may not totally get it, but Jay is his own version of that guy. I couldn’t quite convince him to wear the daisy duke-like shorts, but I thought this was just as fun.

The swimmies that I showed you all before were actually going to be his “muscles,” but that didn’t quite work out as we had hoped. Luckily, Jay ended up finding a puffy muscle shirt that worked even better is just that buff. 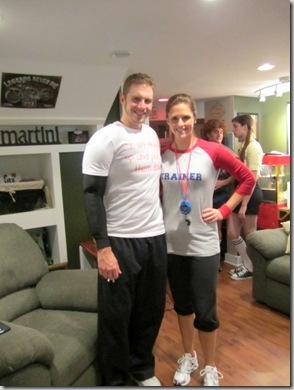 When it comes to Halloween costumes, I have one priority and that is comfort. No sexy, skimpy little numbers for me.

Costumes from last year AND the year before (yup, we recycled!) 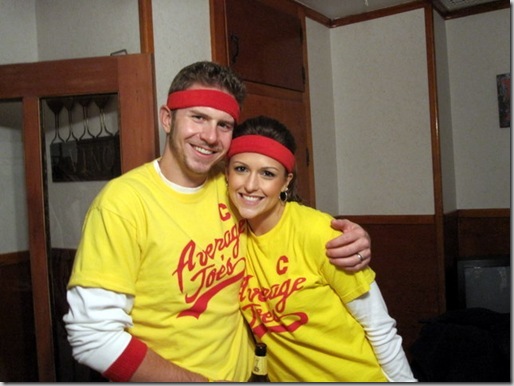 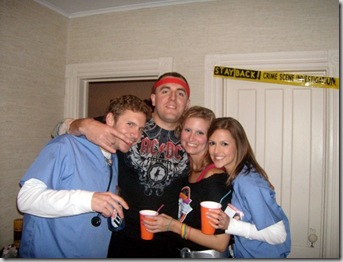 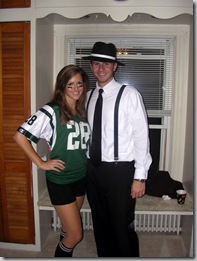 So anyways, last night’s party was a blast as always, and even involved a super exciting surprise (I’ll get to that in a second). I seriously just love being around this crew of girls! 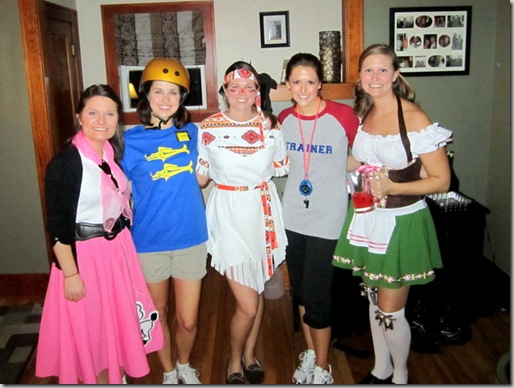 Joelle and Kyle were once again excellent hosts and put on a great party with plenty of good food to eat. 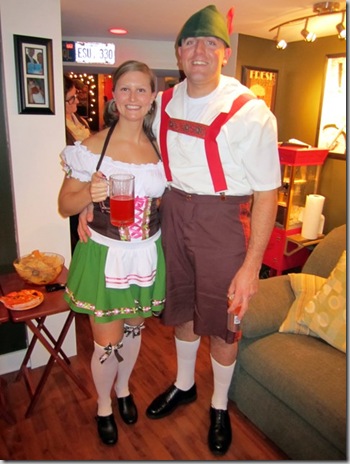 There was definitely plenty of snacking going on! 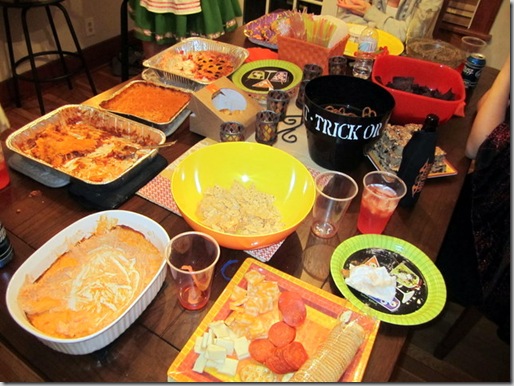 Some other fun costumes for the night…

Does anyone else remember watching Legends of the Hidden Temple? Steve and Eileen went as the Blue Barracudas! 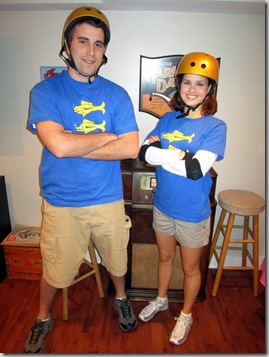 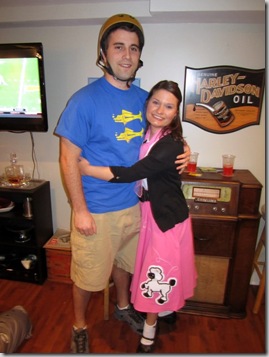 And it wasn’t only the adults who were dressed up last night…Joelle’s pug, Forrest, even got festive for the occasion. 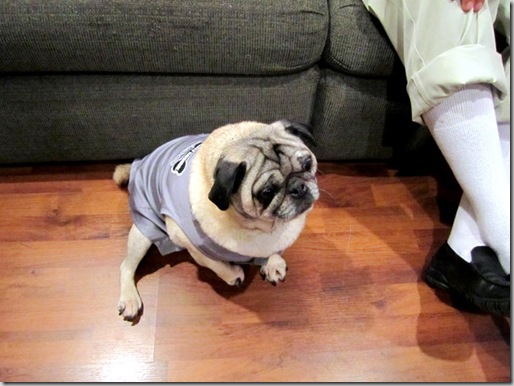 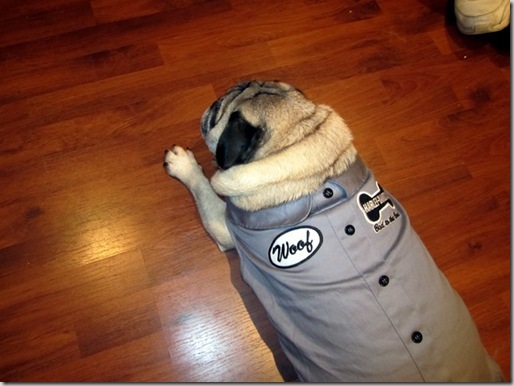 Another fun costume duo was Kathryn and Paul, but there was a lot more fun going on than just their costumes… 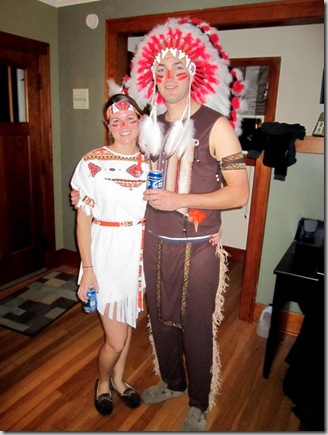 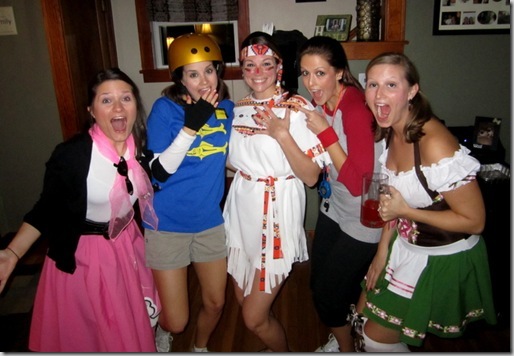 Paul popped the question last night literally right before they got to the party and we were sooo excited to be able to find out the news in person (Joelle, Rachel, and myself have all had to make the phone calls). We are all so happy for those two. Congrats again, Paul & Kathy!

On another totally different note, this happened last night… 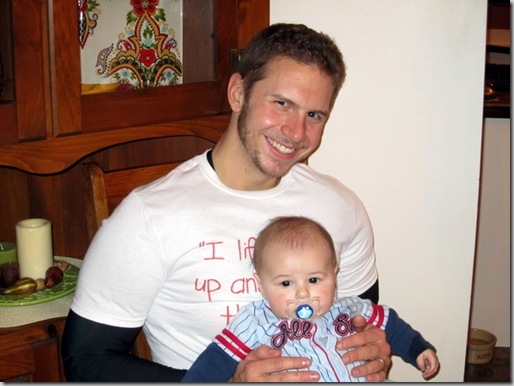 …and baby fever hit me immediately.

My man sure does look good holding the little ones, doesn’t he?

What did you/are you dressing up as for Halloween this year?