Hey guys! Before I get into anything else, I first have to comment on a couple of things…

Okay, now that I’ve got those things out of the way…let’s get to the rest of today!

This afternoon, I had plans to meet my friend Linda for lunch, who generously treated me to some delicious Panera. 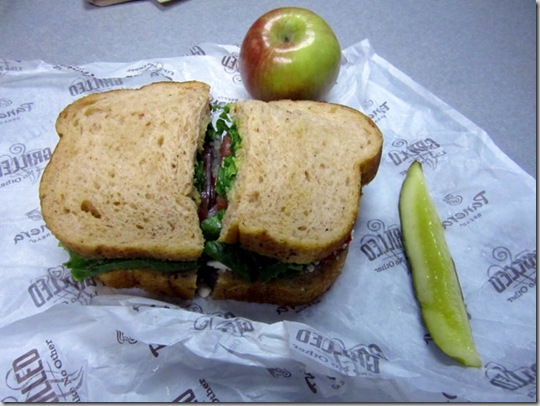 It was a toss up, but I made the decision to go with the Mediterranean Veggie sandwich. It had been a while since I last had this sandwich, and I’m pretty sure it’s even better than I remember. 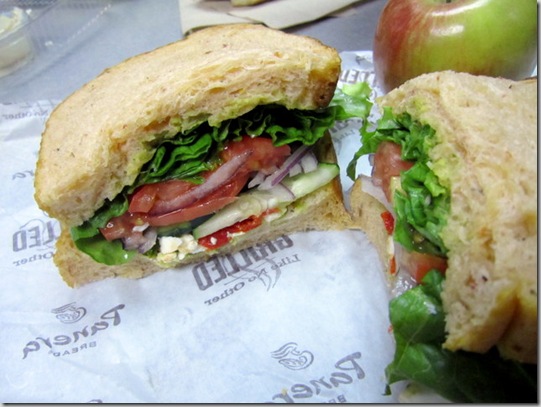 Even if the cilantro jalapeño hummus had a little bite to it. Whew!

During lunch, Linda and I had some business to work on; I actually met Linda shortly after I started my training job, and she is just an absolutely incredible woman. While she isn’t one of my clients, I still get the pleasure of talking with her almost every day, and she really had got to be one of the most inspiring women I’ve ever met.

Linda has been on quite an amazing weight-loss journey, and she decided that she is ready to share it with the rest of the world…so she’s decided to start a blog (WOO!). I told her about my blog a few weeks ago, and she’s been reading ever since (Hey, Linda!) so when she asked me if I could help her get started with a few things, I was more than happy to help.

We got through a few things, but there’s definitely still more to be worked on. Once she’s up and ready, I’m definitely going to share it with you guys!

Believe it or not, the only grocery shopping I did this week consisted of apples, bananas, and milk. I knew we were going to have a few nights out, and I was also starting to feel like we were getting stocked up on quite a bit of stuff. So tonight, we put together a fun little dish that was not only tasty, but wicked easy to prepare… 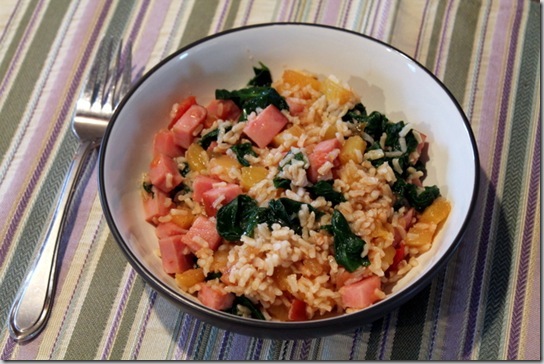 I actually debated on recreating our Hawaiian pizza tonight, but since we didn’t have the cheese on hand, I had to go another route. Luckily, this route was a good one to take AND quite a bit healthier, too!

Sauté the ham steak in a small skillet with juice from the orange, brown sugar, diced pineapple chunks, and salt and pepper, to taste. One ham and pineapple is heated through, about 5-6 minutes, cube into chunks and mix with cooked rice, spinach, and salsa. 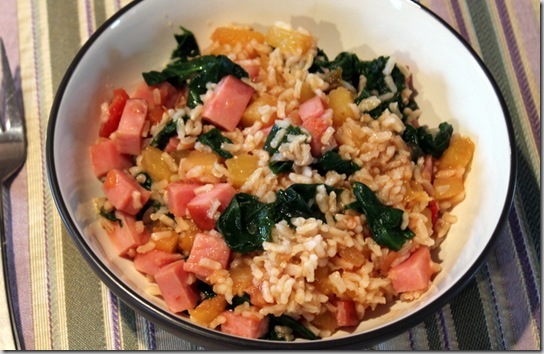 While we were prepping the rice bowls, I even managed to whip up a batch of my healthified corn bread…which we totally forgot all about until after we were done eating our rice bowls. Woops. 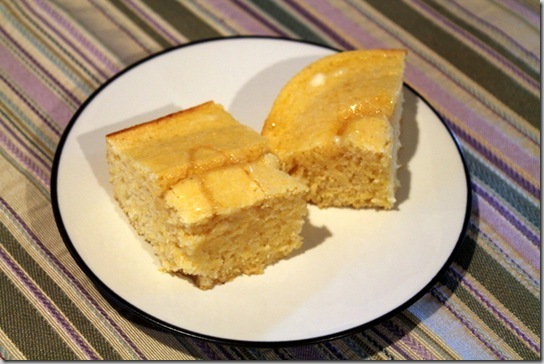 The corn bread didn’t turn out as great as usual – I didn’t have any applesauce and substituted some plain Greek yogurt instead. It was okay, but I definitely prefer to use the applesauce. 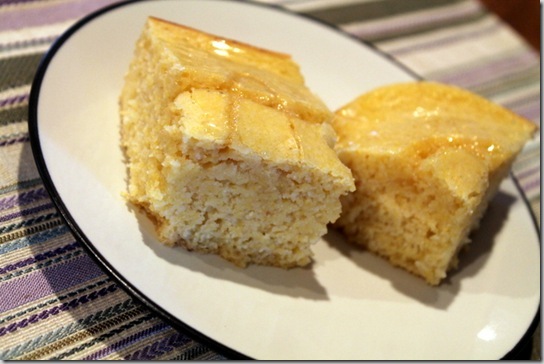 Ahh well…it’s nothing a little peanut butter won’t be able to help with tomorrow.

I’m off to go catch up on our DVR’d shows from last night!

« Create Your Own Full Body Circuit Workout
Taking A Step Back »