Well hello, and happy Monday to you! How did the weekend treat ya?!

So, I started out my Saturday morning a bit different than I usually do. In fact, I don’t think I’ve started ANY day out like this in at least…3 years? 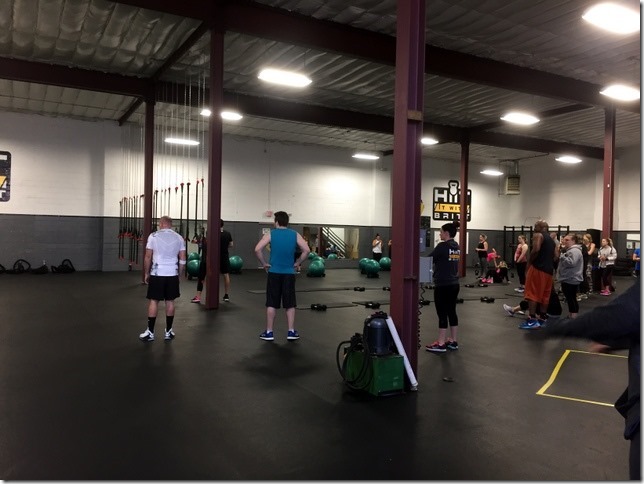 I actually went to a GYM. Yes, me. The girl who literally JUST posted last week about my favorite workout videos because that’s all I do…workouts from home. Go figure?!

But I was so, SO excited. There’s a fitness center near me called HIIT It With Britt. I know a few different people who are members, and one of my good friends, Erica, is also a member. We got talking recently and I asked her if I could tag along to finally see what it was all about. 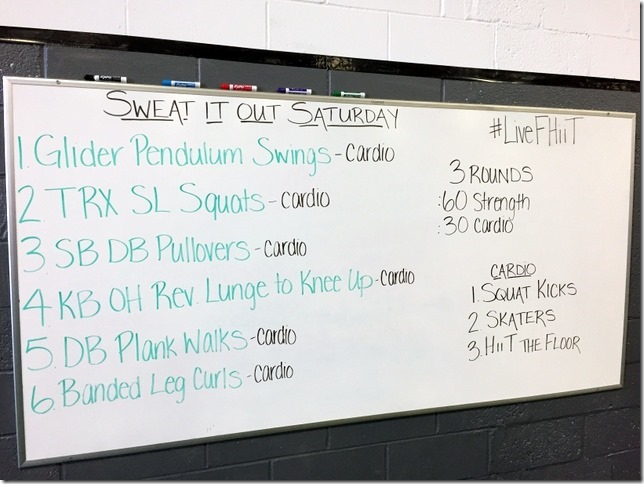 Full disclosure: I also had a little extra motivation from FLYJOY (who is kindly sponsoring this first portion of this post!), and as part of my partnership with FLYJOY and their 2016 Microadventure Campaign, we were asked to have a “Move Your Booty Adventure” and to try something new. Well since it had already been on my radar, it was a win win! 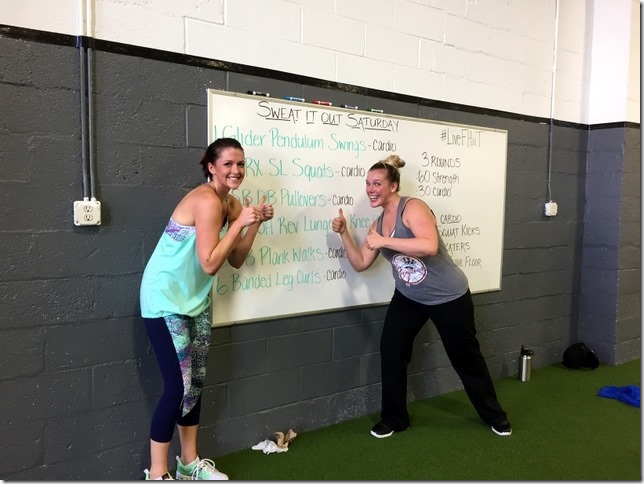 We met up on Saturday morning for their 8am class and it was honestly SO much fun. The class was about 50 minutes and had me sweating and working harder than I have in quite some time…it had been so long since I worked out in a setting like that (aka, other than my basement!). 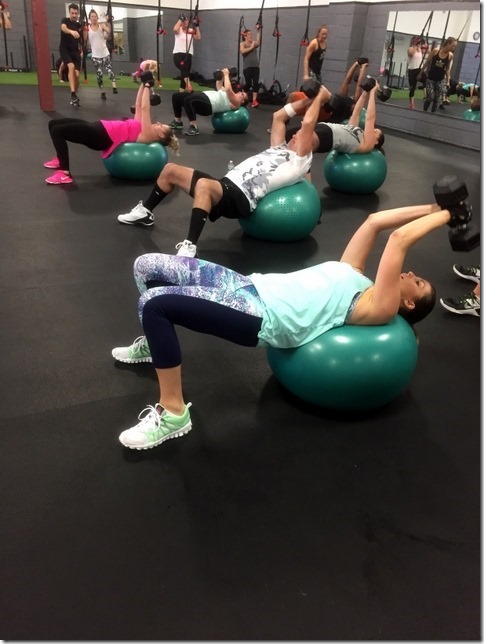 And not only that, but WOW, was I sore the next day. In the best way possible, of course. 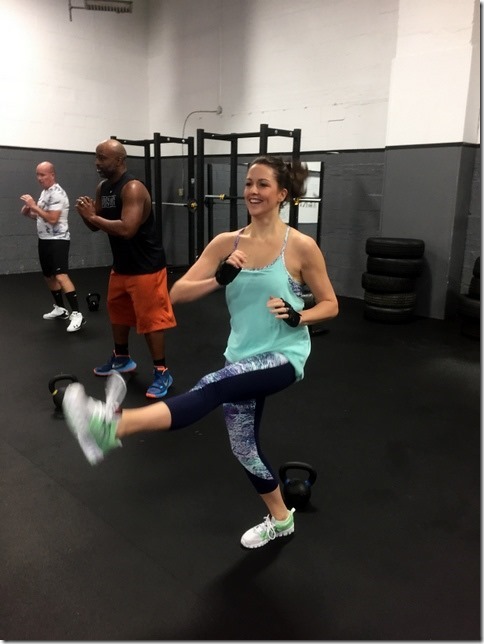 After our workout, Erica and I refueled with a couple of FLYJOY bars, chatted a bit, and then it was time to move on with the rest of our days! 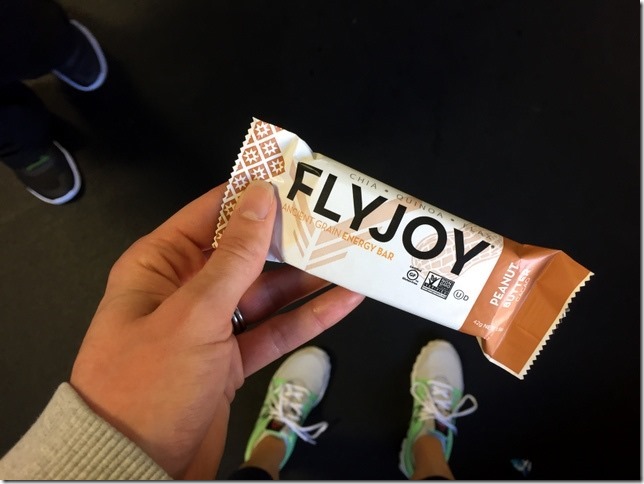 If you guys haven’t already tried these bars, I’d definitely recommend them! The peanut butter and jelly is probably my favorite, followed up with the cashew cookie dough. SO good! They’re also non-GMO, gluten-free, soy-free, vegan, and Kosher D certified! 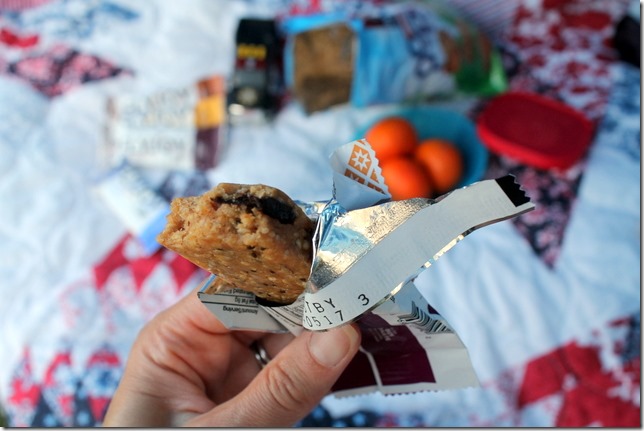 As for the workout, I will say…I am super tempted to go back and consider a membership. The building is about a 15 minute drive for me (which isn’t ideal) but they do have a 5:30am class on weekdays which would be awesome (especially if Alex keeps sleeping better). So who knows…I believe they’re having a Black Friday special for a one month unlimited, so we shall see!

Once I was done getting my butt kicked, I made a quick pit stop at Target for a few essentials and then swung through the drive-thru at Starbucks (#basic) for an iced coffee before heading home. 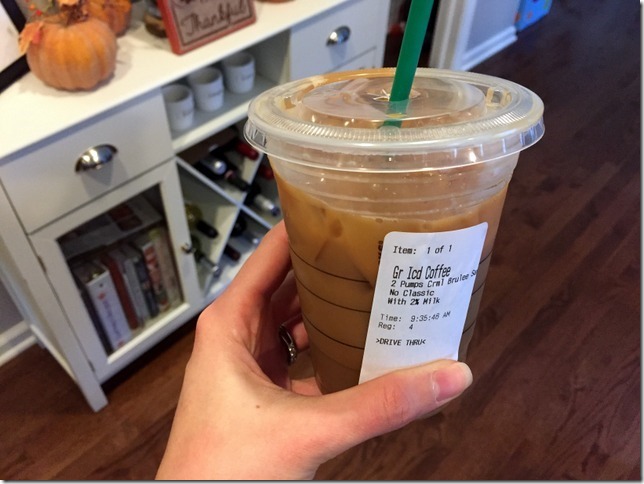 I don’t usually go the iced coffee route this late in the season, but I was still warm from the workout and it was absolutely beautiful on Saturday. Totally hit the spot!

By the time I got back home, this guy was just getting up from his nap so it was perfect timing for me to not have to pump (#winning). 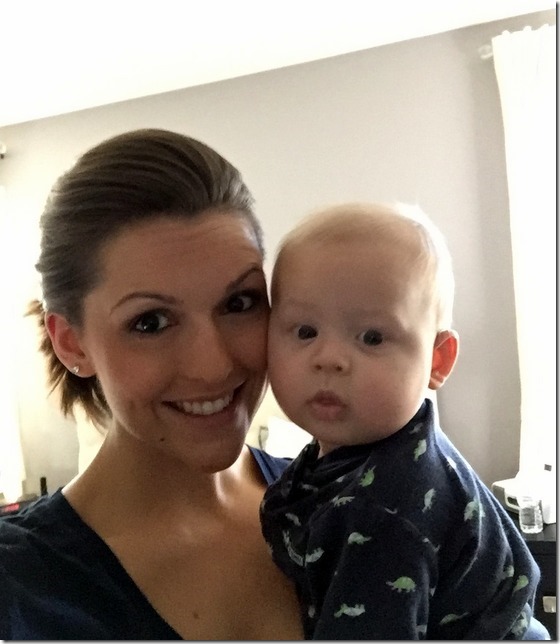 We spent the majority of the afternoon outside and also working in the garage which is an absolutely disaster at the moment. 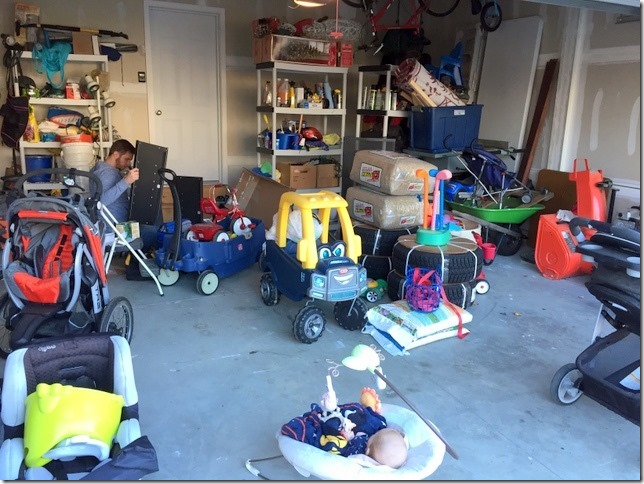 We just have wayyyy too much crap. I blame the kids. 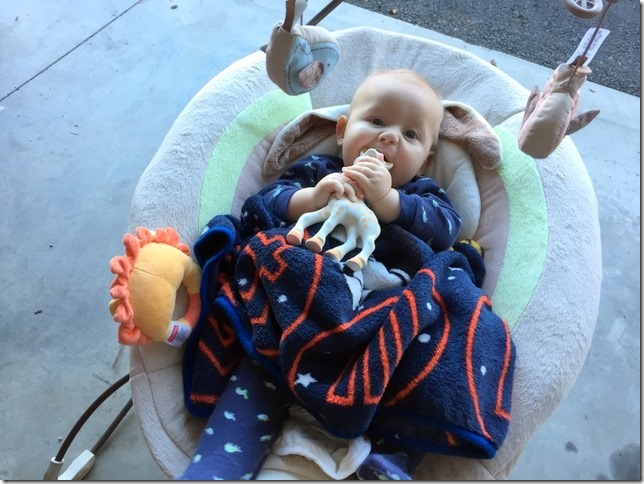 But we actually bought some organizers and storage pieces from Sears last week so Jay has been working on getting them all put together with the goal of finally being able to (hopefully!) fit both of our cars in there this winter. It has yet to happen since we’ve moved in…

So fast-forward a bit to Sunday morning… After a warm, beautiful Saturday in the mid 60s, we woke up to a blanket of SNOW on the ground! 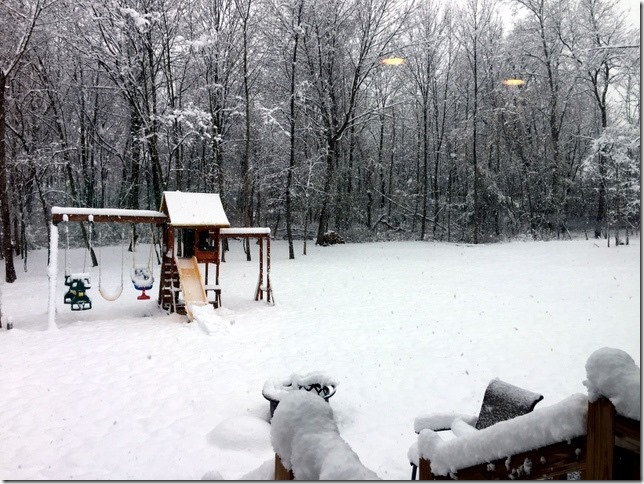 Originally they said snow, then they said mayyyybe a dusting. But we easily had about 6 inches before 10am – crazy!!

After hanging out with the boys a bit in the morning, my mom came to pick me up and the two of us, along with my brother’s girlfriend Carissa, headed out to a local craft show at HVCC. 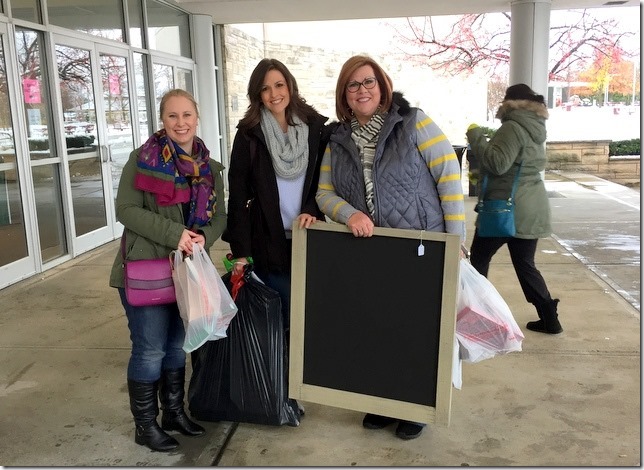 As expected, there was all sorts of cute stuff, and so many awesome holiday decorations. 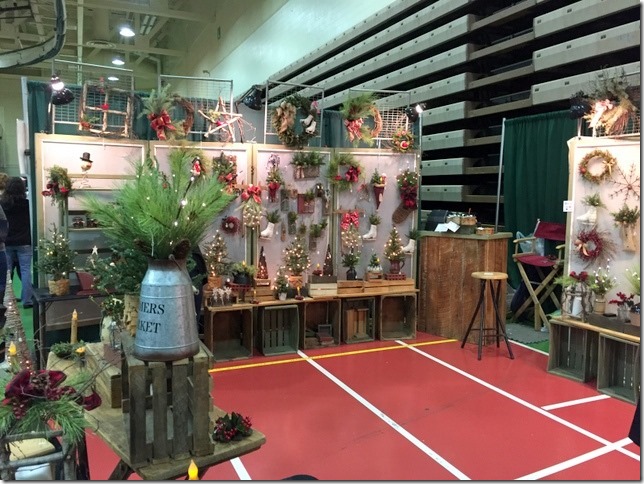 I wound up spending a bit more than I anticipated, but got a few things I’m really excited about for the house…along with random things like jelly, wine, and rum cake. 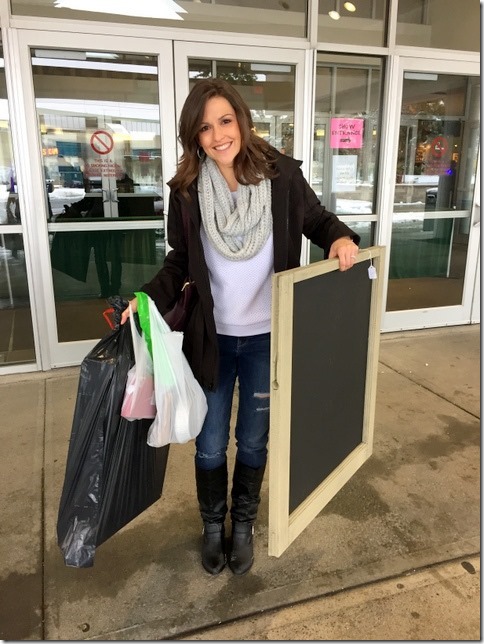 Because that’s what everyone buys at craft fairs, right?!

After the craft show, I got back home, got the boys to nap, and then we all headed out for a little fun in the snow. 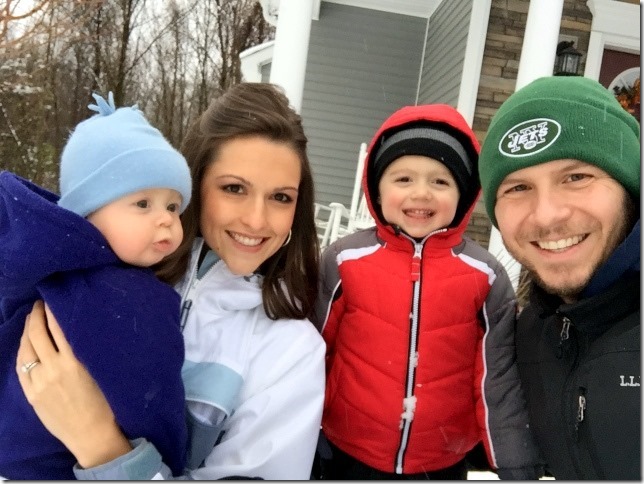 It wound up being kind of cold for the little guy, so the two of us went inside where it was nice and warm, while Lucas and daddy played outside and made a snowman. 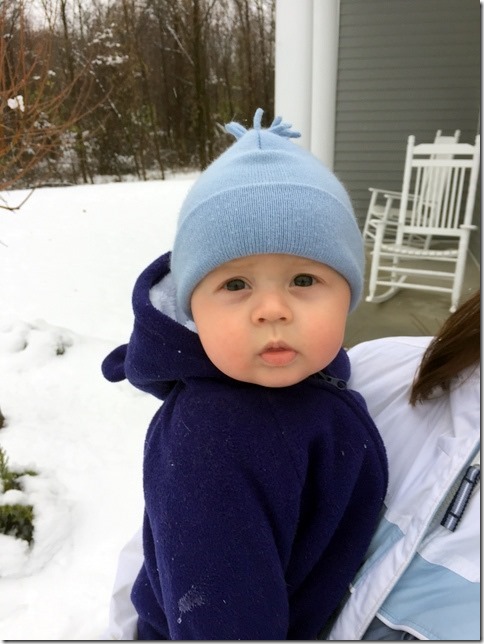 Gotta love the northeast for its crazy weather, right?! 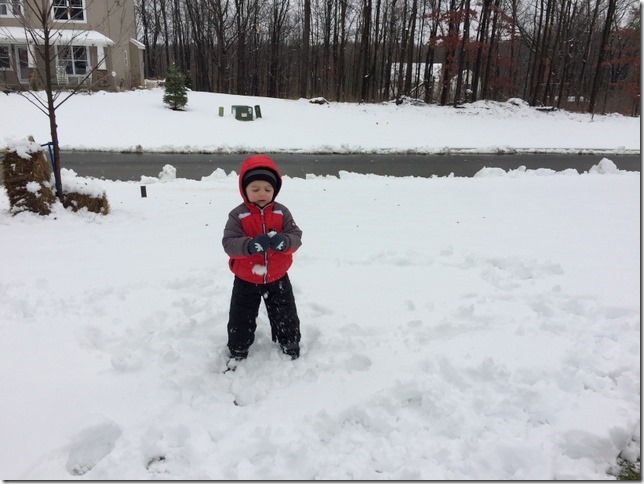 Well, I think that about covers it for the highlights from our weekend!

How about you guys?! Do anything fun?? Are my fellow American readers gearing up for the Thanksgiving holiday ahead this week?

Disclaimer: A portion of this post is sponsored by FLYJOY. All opinions, as always, are my own, and I thank you all for your continued support surrounding sponsored content on STSL. <3