Hi friends! We’ve officially reached the end of ‘summer’ and both of the boys are back to (or starting!) school tomorrow! We’ve done all of our back to school shopping, and made out totally AWESOME for the boys at Boscov’s (thanks, mom!). 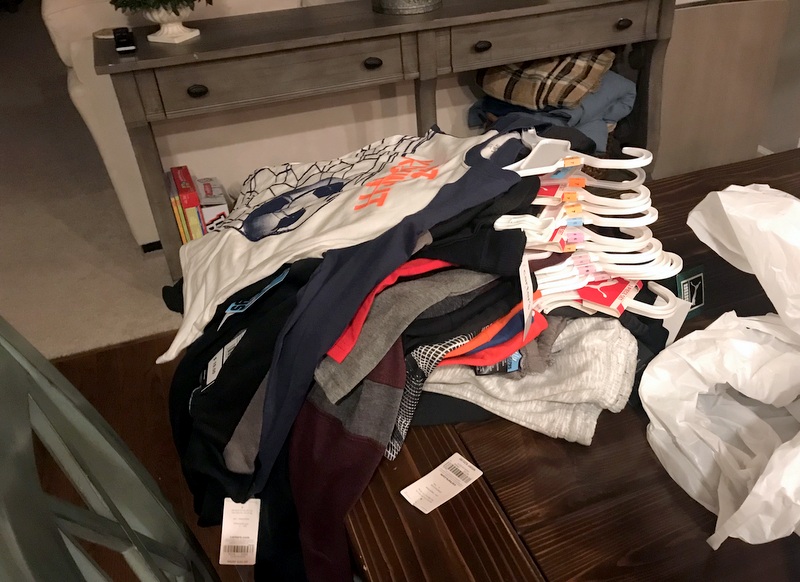 They had tons of Puma and Adidas stuff (which are Lucas’s favorites right now), so he got quite the wardrobe refresh. Paired along with some fresh haircuts, these guys are ready to go! 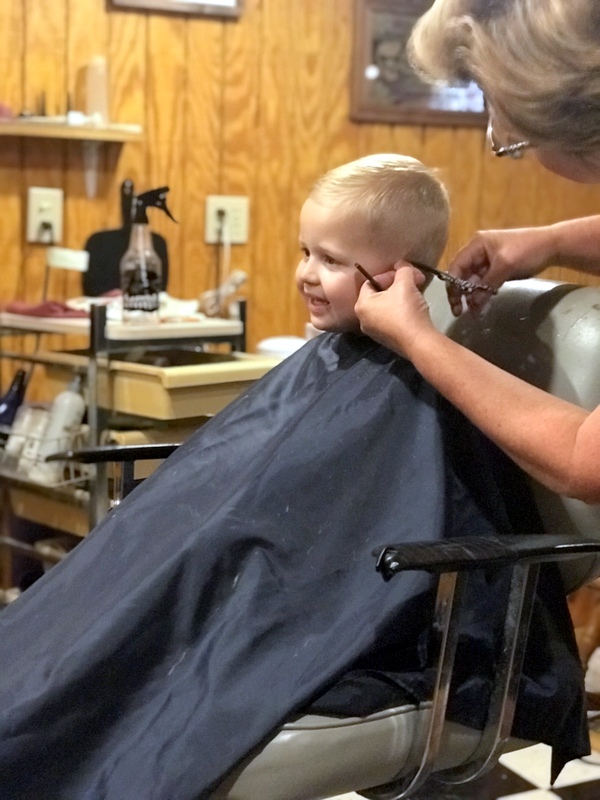 Lucas tells me he’s ‘definitely ready’ for first grade, which doesn’t surprise me at all. 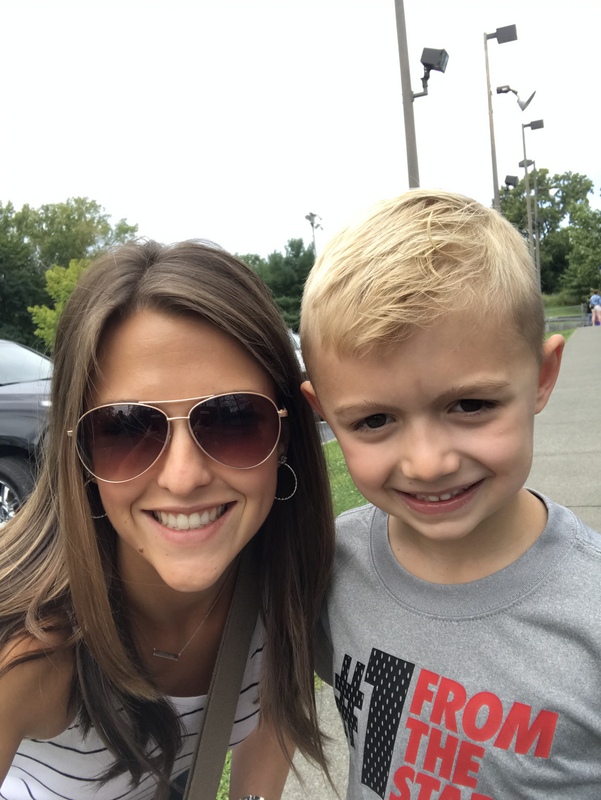 And I suppose we’ll see just how ready Alex is to start his first year of preschool. Any time I ask him about it, he tells me that he’s “going to preschool, going to put his backpack on his hook, and then go play with all of his new friends.” So we’re keeping our fingers crossed for a smooth transition for our little mama’s boy. <3 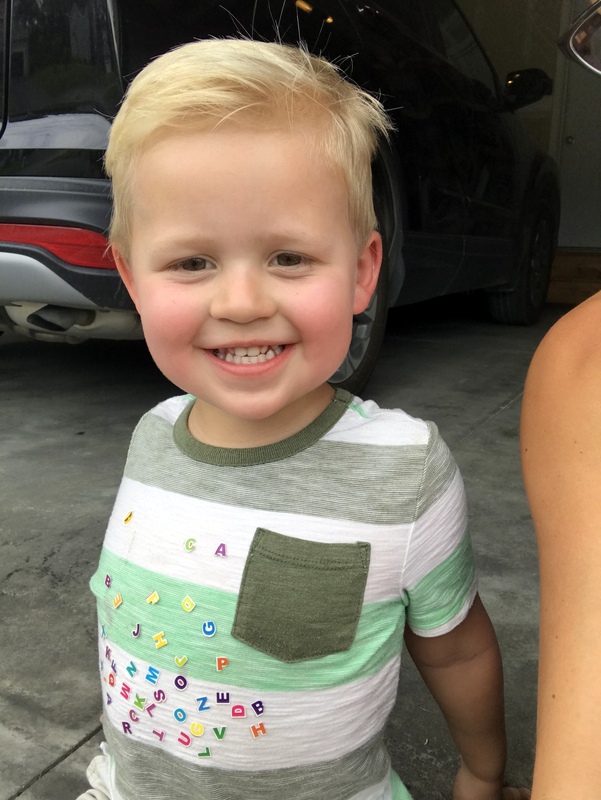 It’s been a couple of weeks since we chatted last (again…gah!), but we just enjoyed a fun Labor Day weekend with friends and family. First up was a little get-together with some of the neighbors at our house… 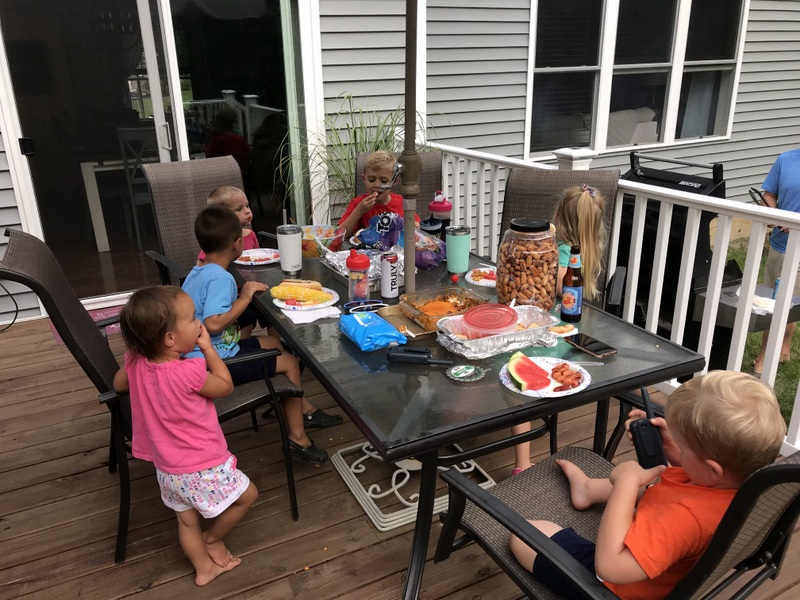 Followed up by a trip up to Saratoga Lake with family. Lucas had a blast getting to head out on the jet ski with Jay. 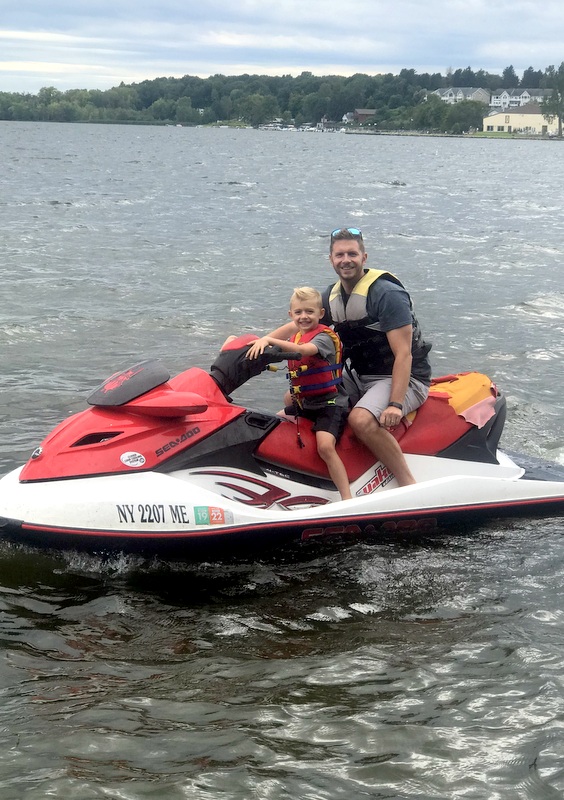 And the rest of the day was spent out at the lake, catching up with cousins, eating good food, and enjoying a couple beverages. 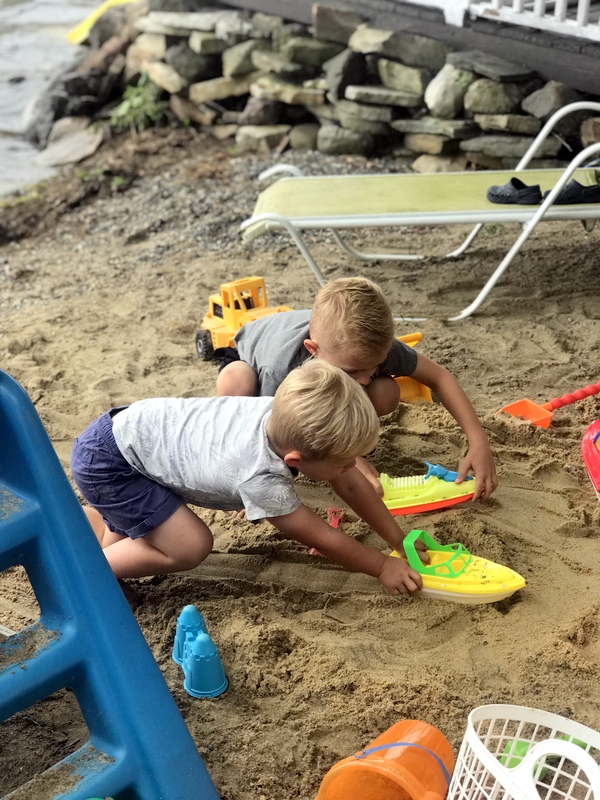 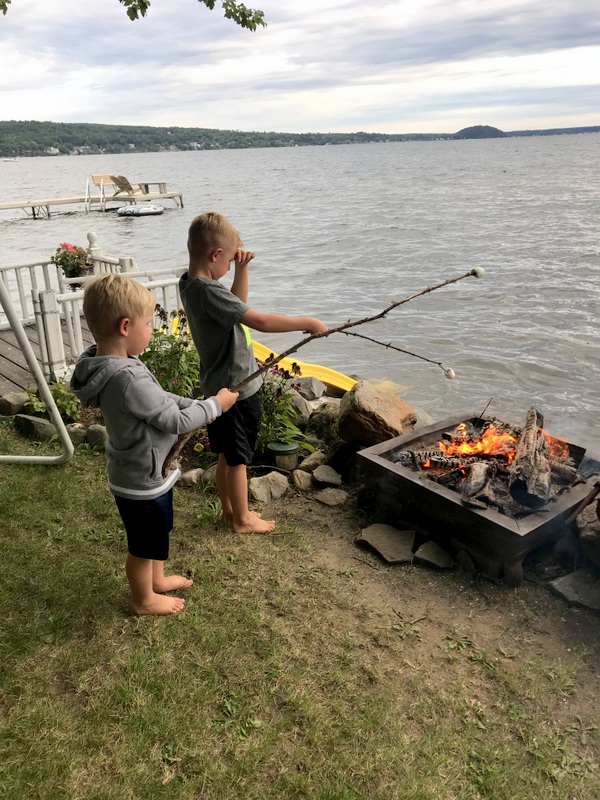 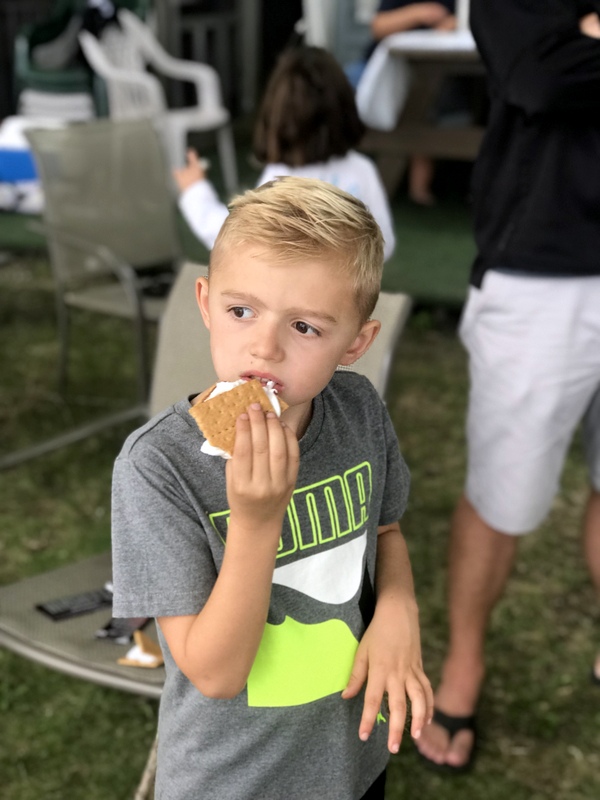 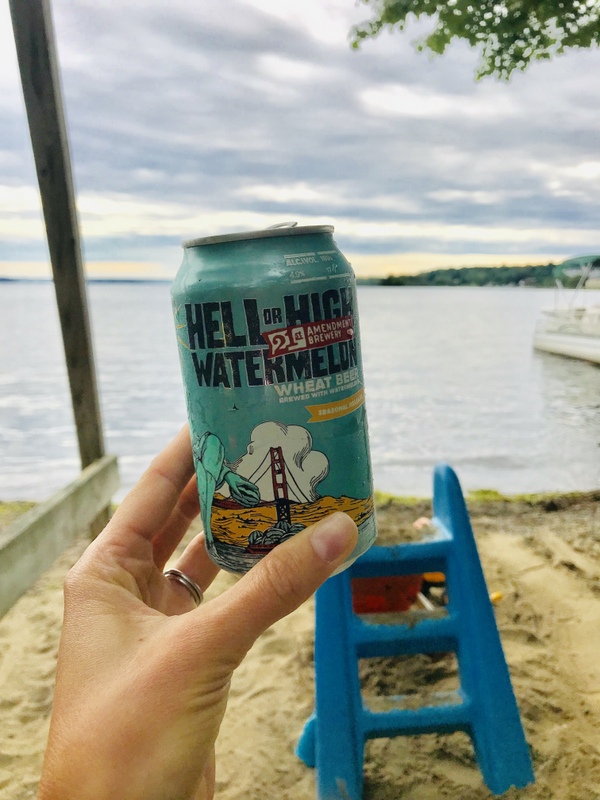 Side note, that beer gets two thumbs up from me. So good!

The actual Labor Day holiday was a bit slow for us, since it was a pretty rainy/gloomy weather day. But I did finally clean up the playroom in the basement, but really only because we had to finally take the ball pit that my parents got the boys for Christmas. 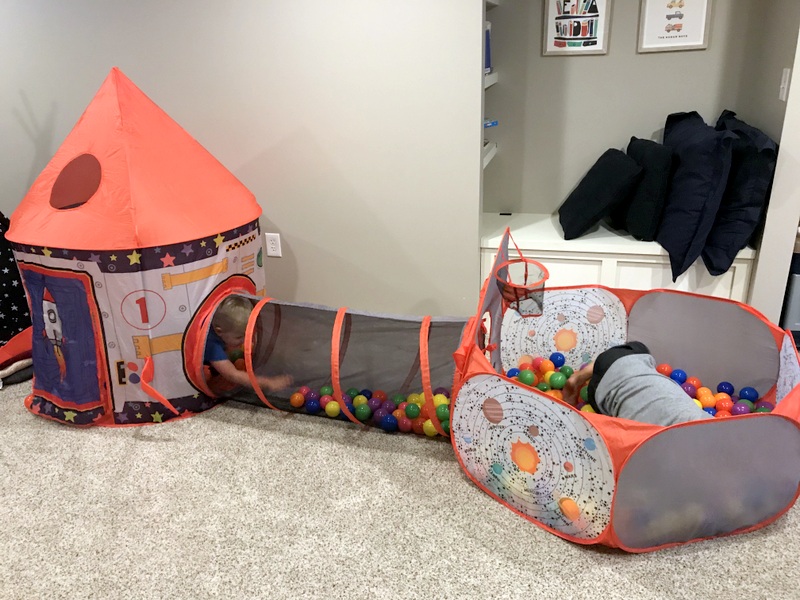 I had held off, thanks to a lack of space, but the boys both convinced me we needed to bring it home, so here it stands. Balls everywhere. 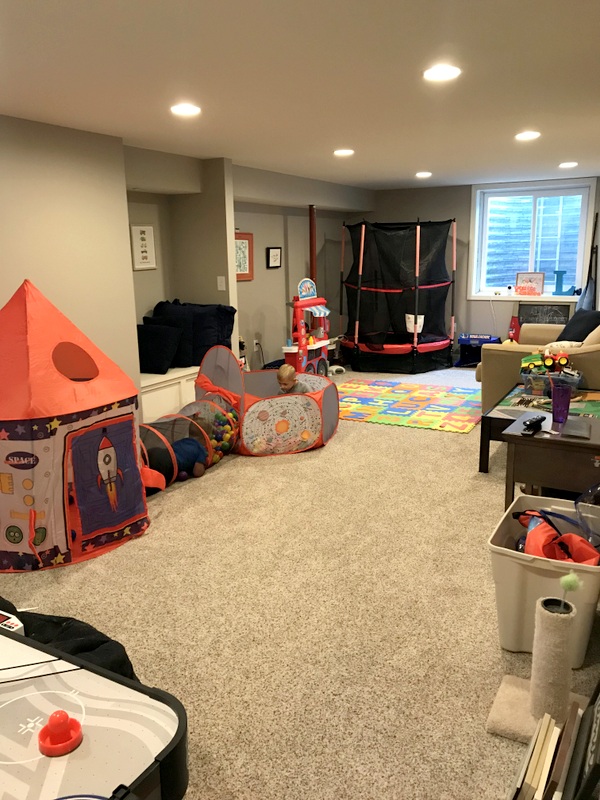 They love it though, so it’s cool.

Let’s see…how about a couple of other random updates?

First up, I had my first chipwich of the season (talk about waiting until the last minute), and it was everything dreams are made of. 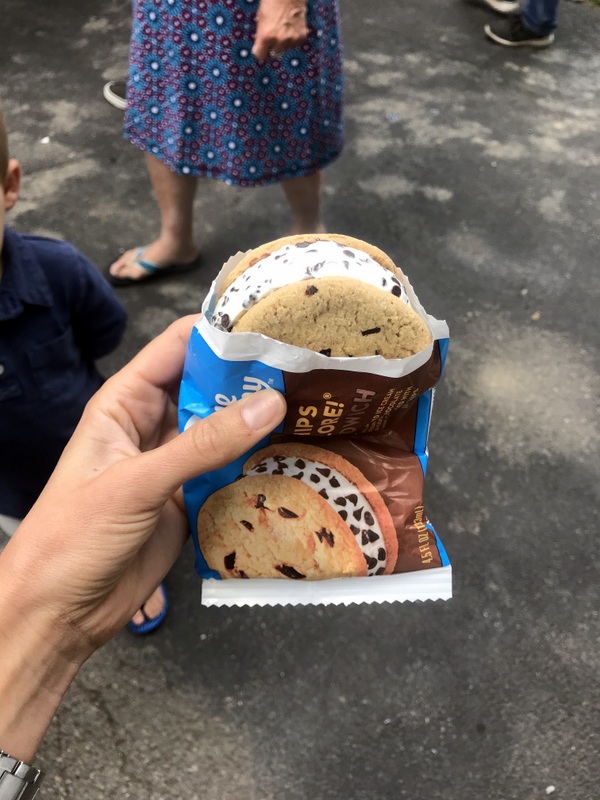 We’ve FINALLY put up some of the artwork/wall art on the boys’ walls. It’s something that’s been on my to-do list for months, and it felt like a huge weight was lifted once it was finally complete. Lucas is all about space, so he’s got somewhat of a space-themed room… 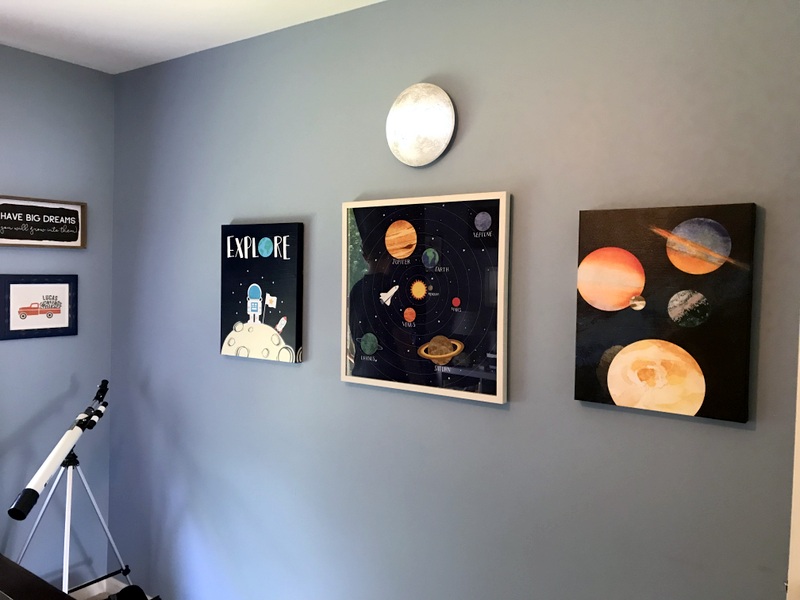 The majority of Lucas’s prints came from the At Home store, although this framed space map came from Target and it’s amazing. My parents also found this Moon in My Room and it’s been a HUGE hit with the boys!

And Alex is all about the dinosaurs, so Hobby Lobby came to the rescue with all sorts of wall art for us to choose from! 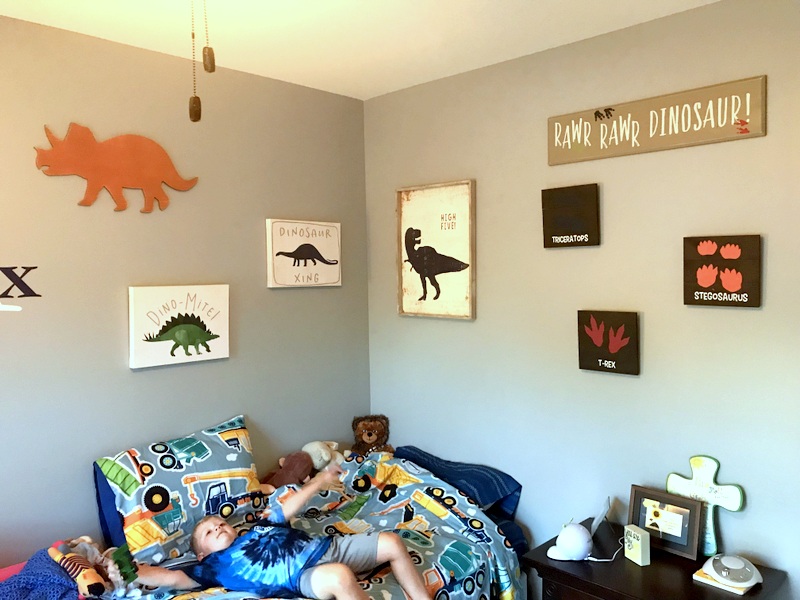 Nothing you’ll be seeing on Pinterest, but ain’t nobody got time to be that fancy over here. 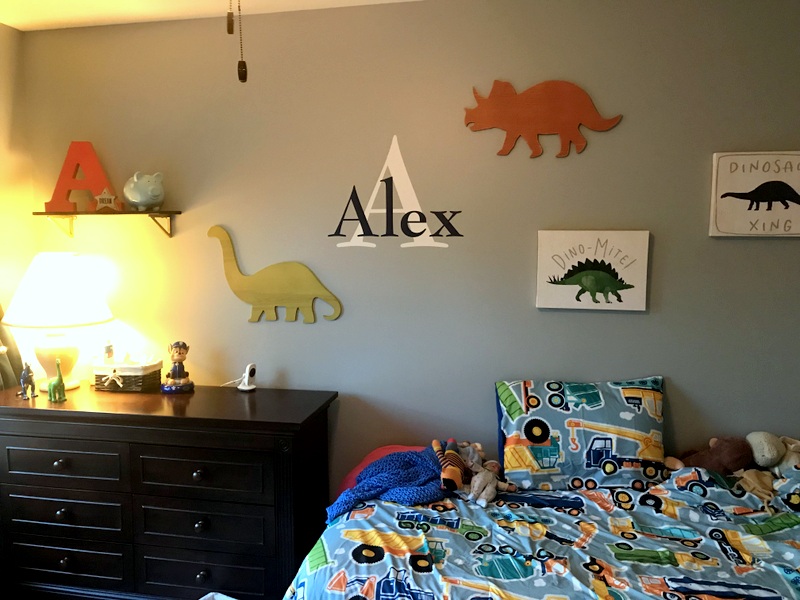 Almost everything shown there is from Hobby Lobby, with the exception of this print from Target, which I got on sale a few weeks ago and LOVE. The shelf is also from Target. Then I also found these canvases randomly at HomeGoods one day, and they worked perfect. 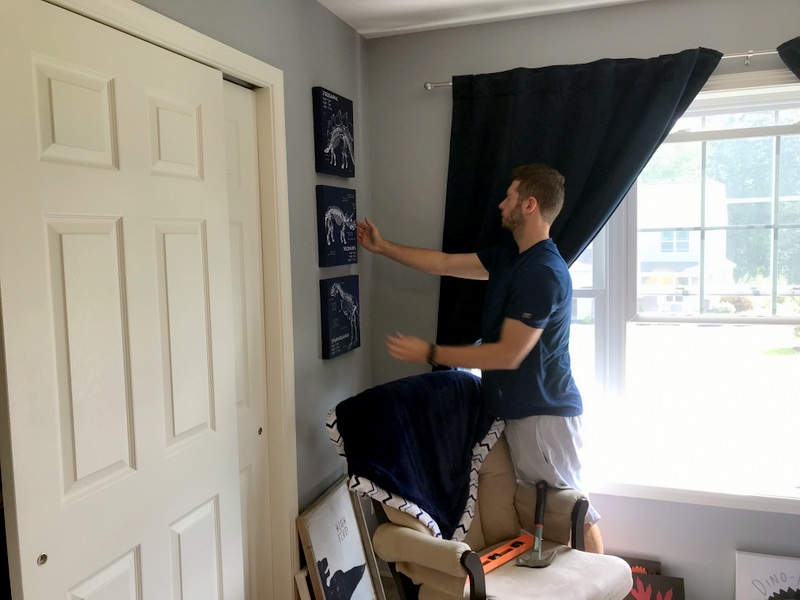 Now I just need to get him some updated bedding to go along with the theme, since that one up there is Lucas’s old set.

Another task that had been on my to-do list for forever was finally getting around to actually printing off some pictures and putting together a photo album/scrapbook for Lucas. I decided to organize it somewhat by the school year, since my dad did something similar for me and my brother growing up, and I so appreciated it.

I found this album on Amazon, and then picked up some landscape and portrait photo album pages. 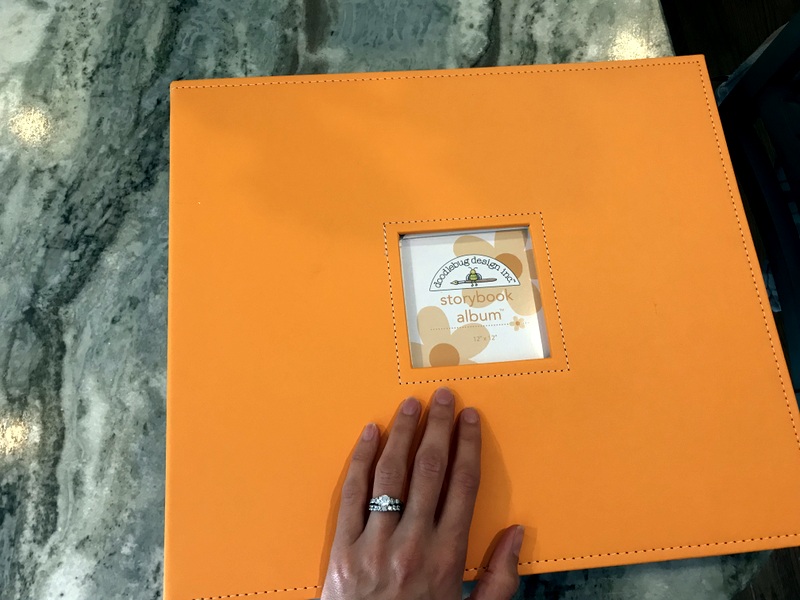 The majority of the album is pictures, but I also have a few pages I want to do more “scrapbook” like, where I can add in some certificates he earned, etc. I’ll also add in his class photos, report cards, and anything else that isn’t already in his schoolwork/artwork organizer. 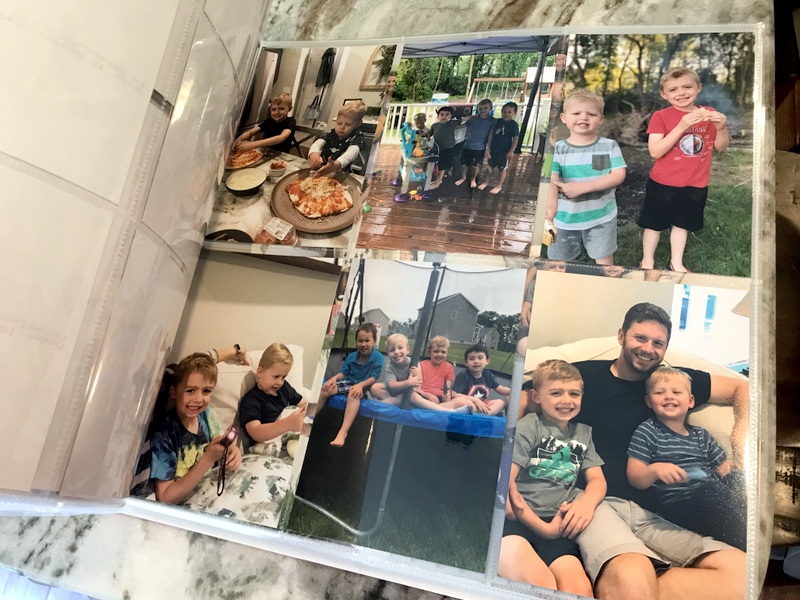 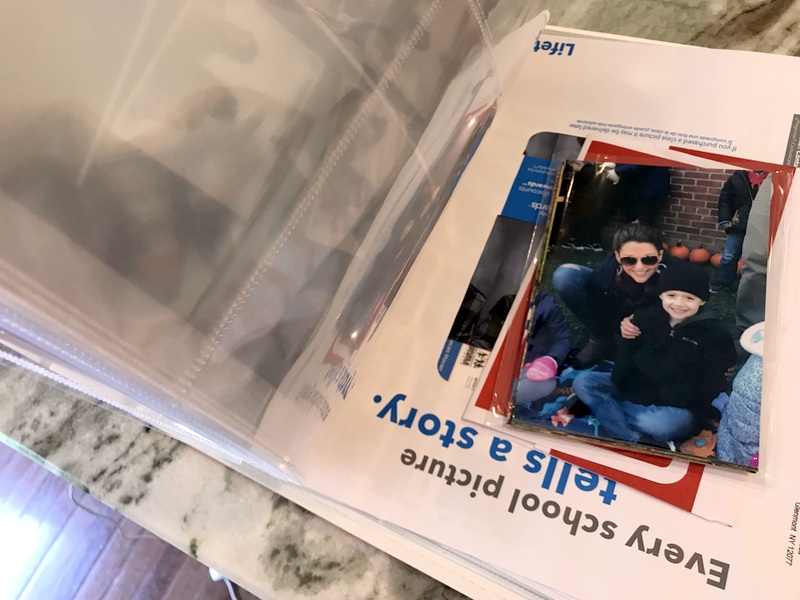 It’s certainly nothing fancy, but I just love having actual prints to look at…I feel like you never see that anymore! I think next up I’ll likely do an album for all of our Wildwood vacations, and then we’ll see where else things go from there.

Hope you guys are having a great week, and if I can get my act together, then we’ll chat again on Friday with some fun facts! ; )