Did you all have a nice weekend?

We had a really nice holiday weekend, and I don’t even have all that much to show for it!

We did have a really nice, HOT day on Saturday and I convinced Jay to go for a little family outing down to the Farmer’s Market. 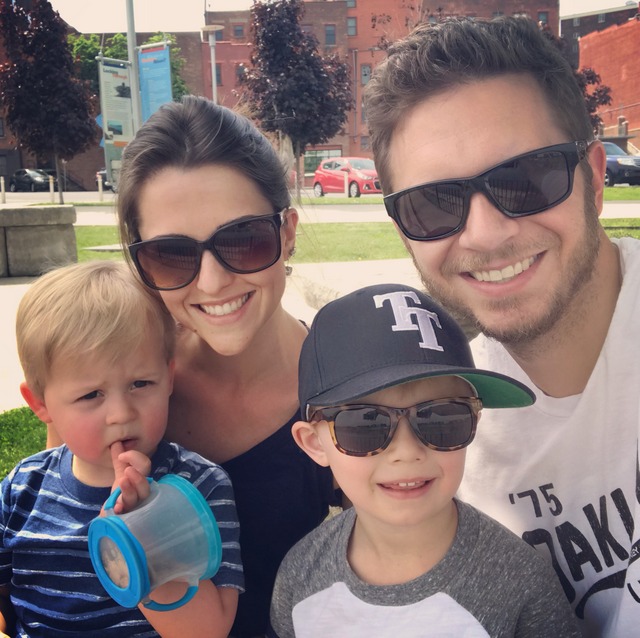 It was hot, and Lucas wasn’t feeling 100% thanks to (another) cold, so we didn’t last all that long. But I did walk away with some local wildflower honey and the boys got to run around for a bit down by the river. 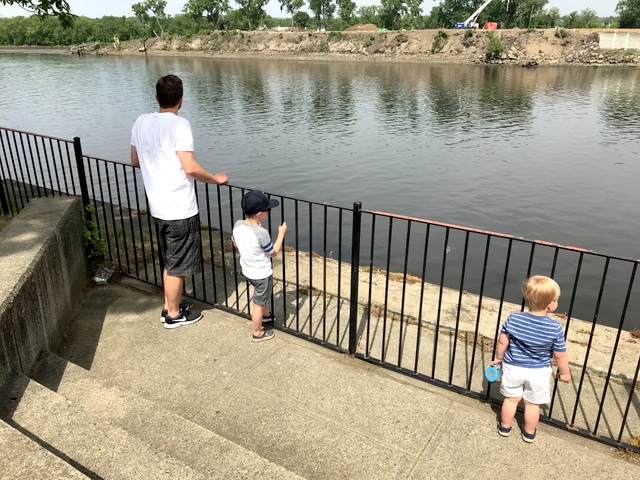 For the first time ever, my parents actually took BOTH boys for a sleepover. I think we had all been a little apprehensive because we weren’t sure how Alex would do, but turns out he did fantastic! So next time, rather than spending our “free night” outside spreading new mulch in the front yard, I guess Jay and I will actually have to get out of the house and do something fun. (We actually did originally think we’d at least get out for dinner, but everything took way longer than expected and we were so gross by the time we finished that we just opted to stay in and watch some Jersey Shore Vacation…Party. Animals.).

We did have a blast with our neighbors on Memorial Day though, so that was a definite win. 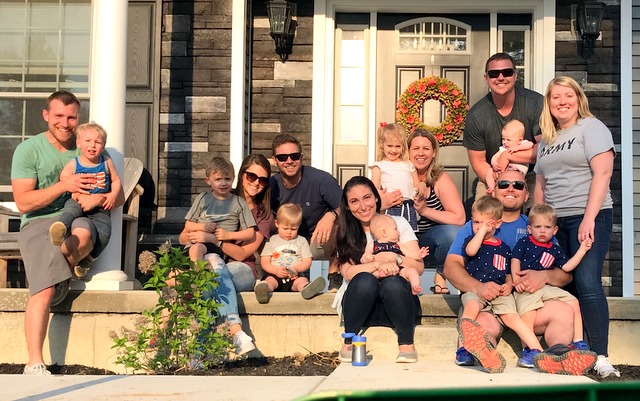 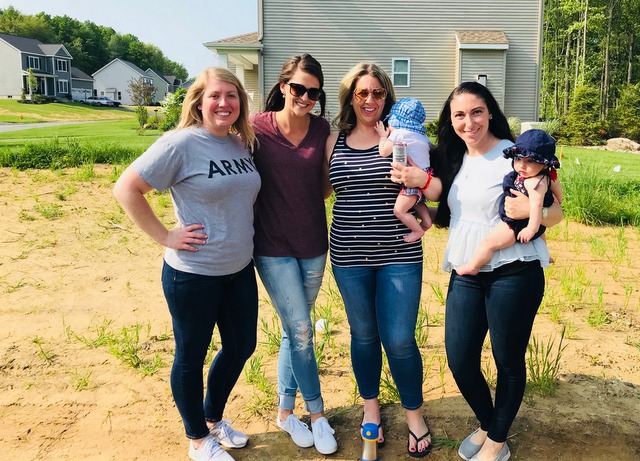 Burgers and dogs on the grill, pulled pork mac & cheese (!!!), and plenty of other goodies to keep the kiddos and adults happy. 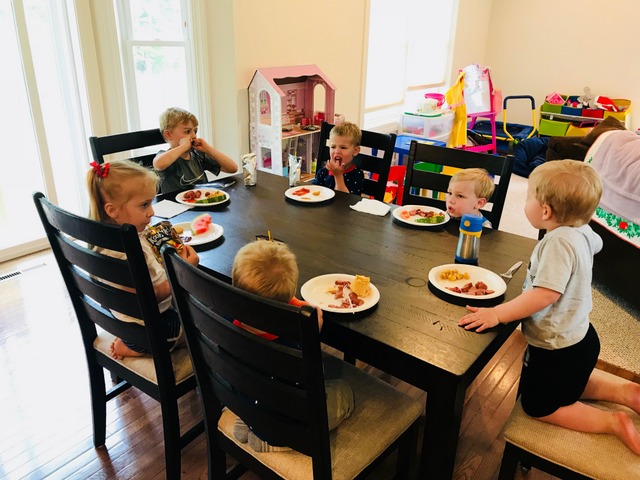 The weather was looking a bit iffy (the temps rose almost 30 degrees from the morning to early evening!) but it turned out to be great for the kids to run around and play outside. 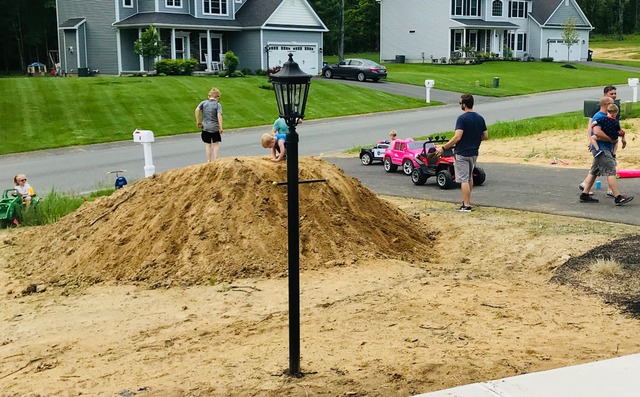 And I swear, the amount of dirt and sand my kids can hoard in their sneakers is simply impressive. My. Goodness.

One last highlight from the weekend would be the newest piece of furniture in the Horan household, thanks to HomeGoods…once again! 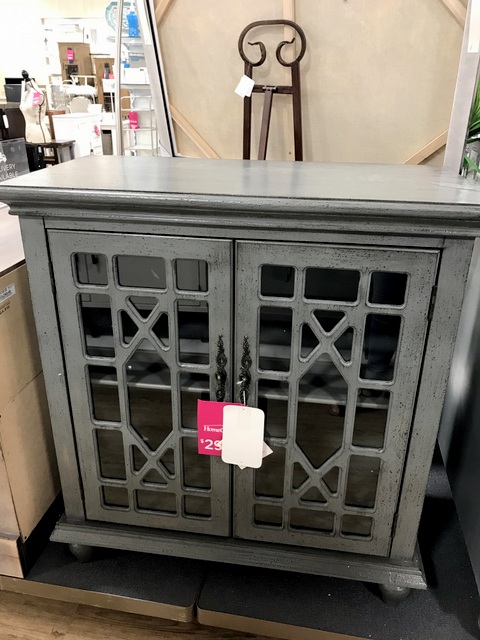 I decided last week that I wanted to change up the corner area to the left of our fireplace in an attempt to sort of “clean up” the cable box, DVD’s, and all that jazz. Since we no longer have a couch on that wall, the lone end table was just looking sort of awkward, so I went on the hunt for an accent cabinet with glass windows (to allow for the cable box to be located inside).

I found quite a few at HomeGoods that were nice, but after comparing measurements and even shopping around online, the original I found still wound up being the winner. 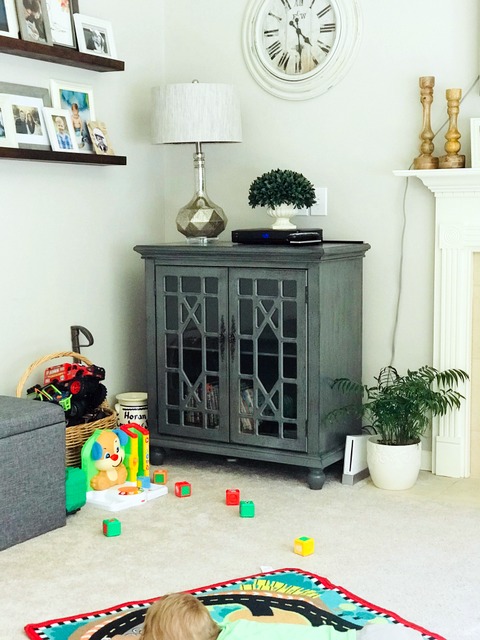 Clearly, we still need to put the cable box inside, but Jay is going to have to drill a hole in the back for all of the wires, so we’re getting there. : )

Hope everyone is having a great week!