Man, that weekend went by fast. Anyone else agree?!

I suppose it could have something to do with the fact that we were on the go pretty much all weekend long. I always joke that I make up for my lack of steps during the week on the weekends because, I swear, some days I feel like I barely ever sit down!

After a chill Friday evening at home with some takeout pizza, we got an early start to our Saturday. I wound up waking up naturally around 6:30am, so I decided to just go with it, get up and get my workout in, and get showered and ready for the day. Everyone else was asleep, so it was the perfect opportunity.

After having some breakfast at home, it was time to head out and run some errands. 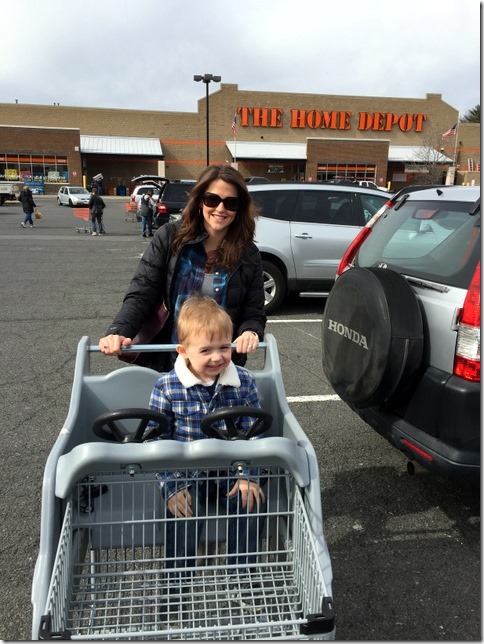 We stopped at Home Depot to pick up some supplies for the basement – Jay installed a good majority of the electrical this weekend, including lights and outlets (I should really take some progress pics!), so hopefully soon we’ll be moving on to sheetrock!

We also stopped by a local builder’s supply store (Bellevue) to take a look at some of their decking supplies. Once the basement is over, a new back deck is the next project on our list (he’s already done one before!), and I’m REALLY hoping we’ll be able to make it happen before the baby arrives. All we have right now is a tiny little stoop, which isn’t very conducive to, well, anything. 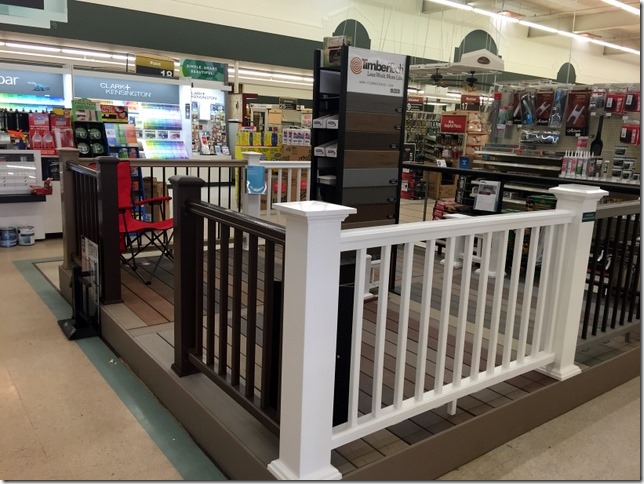 My poor husband. I certainly keep him busy, and he’s a rockstar for everything he does around here. Just need to throw that one out there! But he loves it and also doesn’t enjoy paying others to do the work he can do himself either, so it’s a win-win for us. The timeline part, maybe not so much. I might be pushing a little extra for that one this time.

Lucas also had a great time running errands with us…aka, not listening at ALL to when we say to stop running away from us and darting up and down the aisles. The one thing that kept him close was some popcorn they serve out of the store. 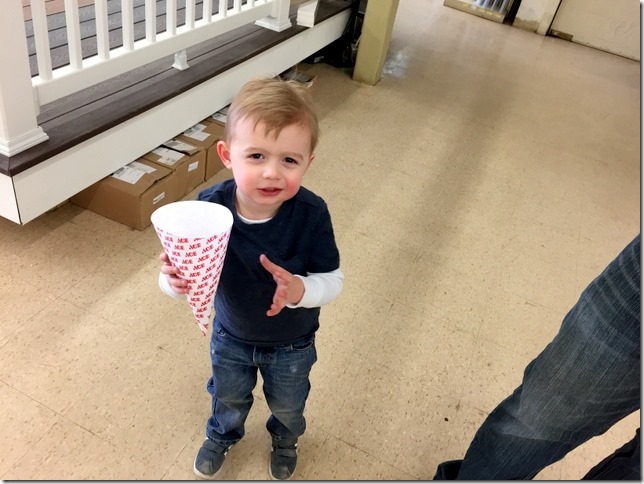 Thank you to the wonderful associate for pointing that out to us.

Fast-forward a little bit to Saturday evening…and Jay and I enjoyed a great date night out! 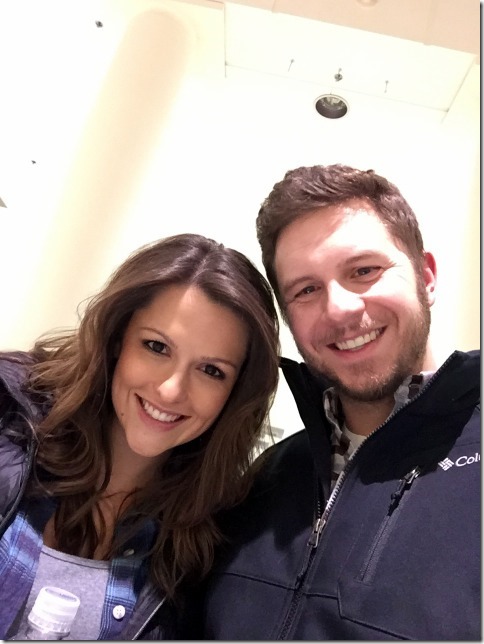 We started our evening with dinner at The Cheesecake Factory, which I guess you could say was somewhat of a random craving of mine. But before anything else, you guys have GOT to hear about this lemonade they have. 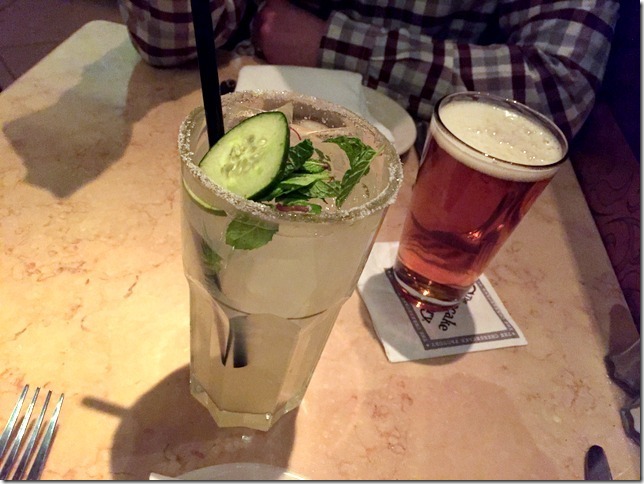 It was cucumber infused lemonade, which was also topped with fresh mint, and I swear, it was almost like I was drinking a nice and sweet mojito (at least that’s what I told myself). But seriously, I’m totally recreating that at home because it was amazing. 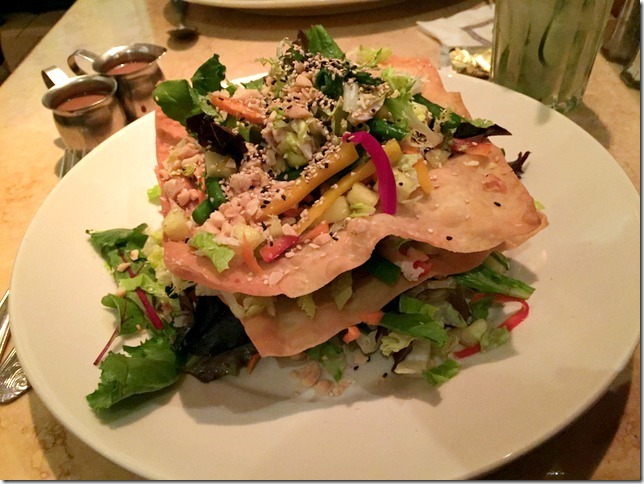 It’s one of my favorite things on their menu!

After dinner, we rushed upstairs to the movie theater to catch a showing of Deadpool. We were both trying to remember the last time we went to a movie and I’m pretty sure it was when we went on a day date over a YEAR ago. Crazy! 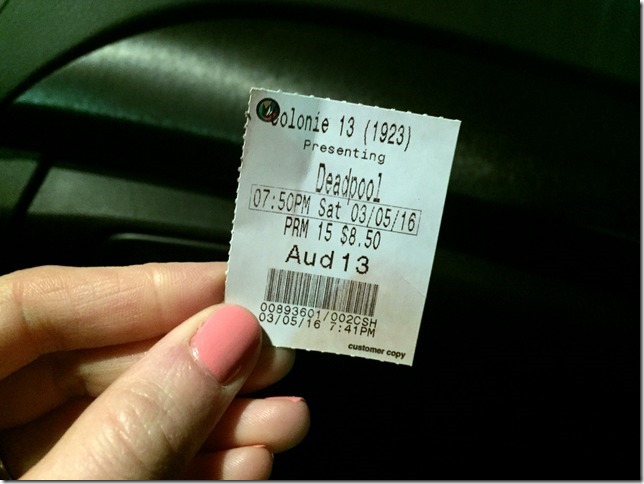 I wasn’t sure if it was really going to be my thing, but Jay was excited to see it AND Ryan Reynolds is certainly my thing, so it worked in both of our favors. Bonus? The movie was really, really good and we both enjoyed it. Definitely our kind of humor!

Oh, and umm, you guys didn’t think we’d go to The Cheesecake Factory without getting cheesecake, did you?! 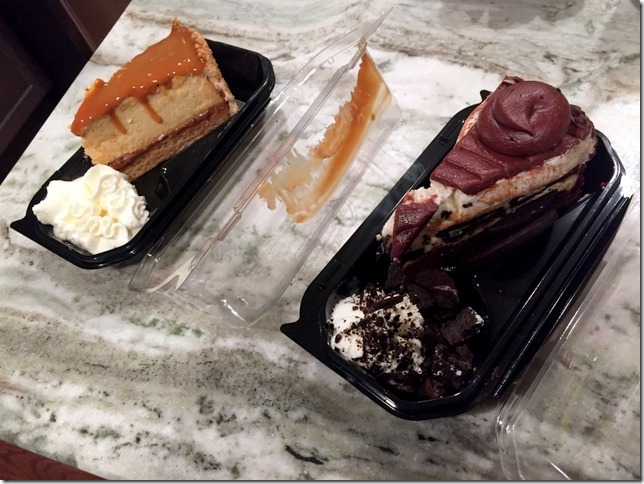 Once we got home from our movie, we both snacked on our two pieces of cheesecake – Oreo and Salted Caramel. I enjoyed them more than Jay so, whoops, I guess I just had to make up for where he was slacking. I finished them off on Sunday night…SO good.

Speaking of Sunday, it was certainly busy but I don’t really have too much to show for it. I slept in a bit, we had a lazy breakfast, I was about to bring Lucas grocery shopping with me but then my parents offered to bring him bowling, so I dropped him off with them and got to grocery shop alooooooneee.

I met them at the bowling alley, grabbed the little guy, then we made our way home. Once he went down for his nap, I got super productive. I did some blog work and made up some salads for the week for lunches. 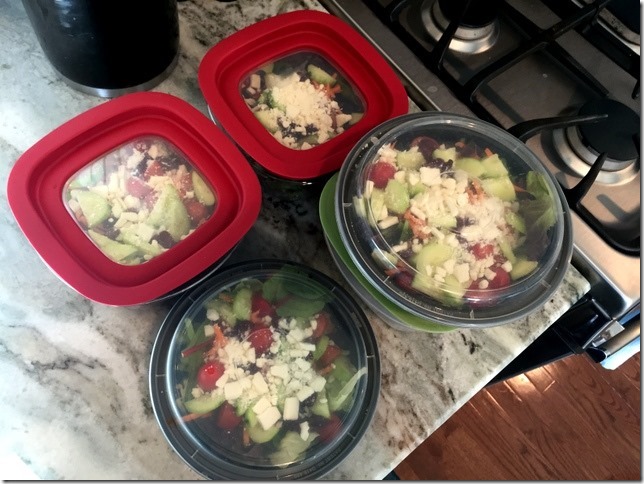 And I also did a little baking + photo shoot for an upcoming recipe. I’m SUPER excited to share this one with you guys! 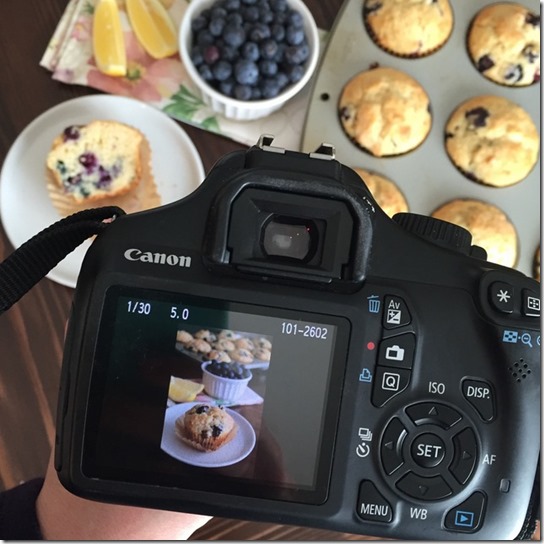 I’m hoping to have it ready to share this week, so be on the lookout!

Aaaaand, as of right now I’m calling it a night because my stomach is completely uncomfortable (I blame the sugar + the baby) and I’m wiped. Maybe one of these weekends we’ll just…relax. Maybe.

How was your weekend? Do anything fun or exciting?!