Alright, my friends. I’ve got a bone to pick with you…

Remember a few weeks ago when I went all buck wild on the pumpkin shopping spree? 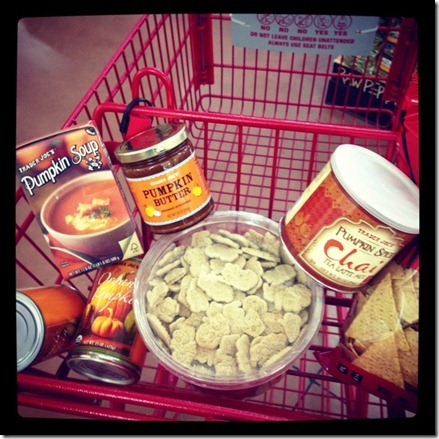 Well…how could you all let me forget that I still had THIS in my house, just waiting to be devoured?? It’s a travesty. 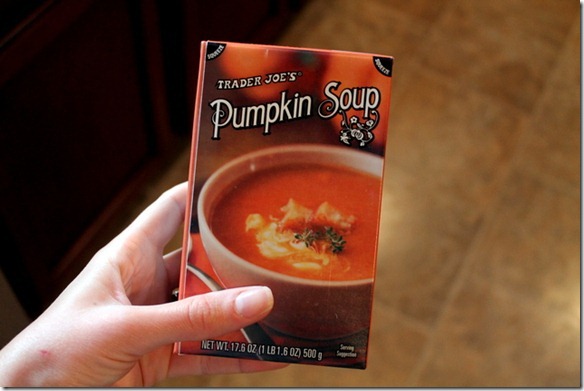 By the time lunch rolled around today, I was craving something warm and comforting thanks to an oddly chilly house. I went into the kitchen unsure of what to make, but immediately had an “ah ha!” moment as soon as I saw this little guy staring back at me.

To make things even better? We still have some beer bread leftover from Sunday’s football game, so I put quite a few pieces of that to good use by adding them as soft “croutons” (err, bread cubes…whatever) to my soup. 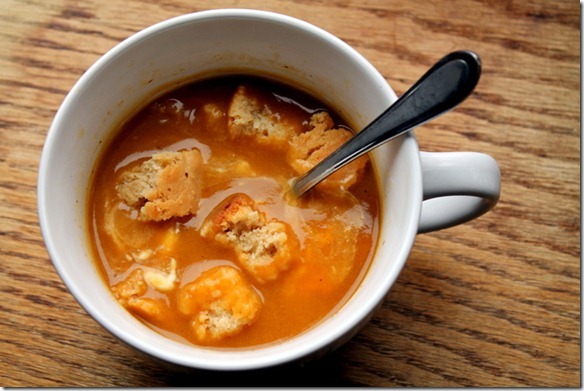 I also swirled in a spoonful of plain Greek yogurt for some extra creaminess, and seriously, all I can say is that this stuff rocks my world. On soooo many levels. 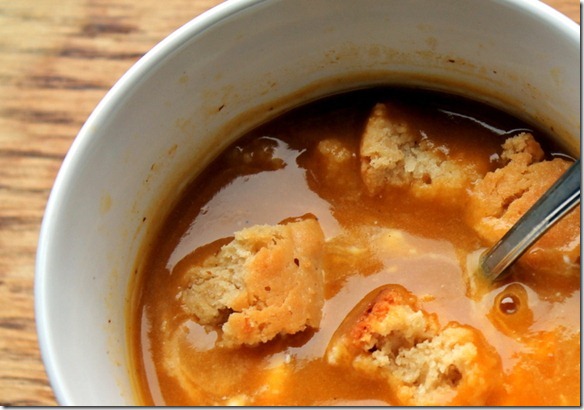 I started out with cooking half of the container, since it’s “supposed” to be two servings…but really, who am I kidding? I totally went back and finished up the rest of it.

A light lunch of soup was actually perfect for today, since I had already eaten two of these little guys earlier today. 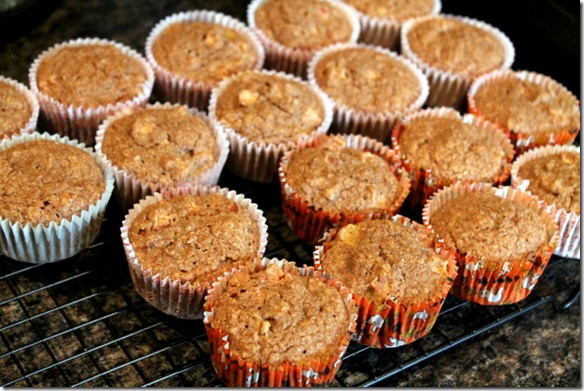 I spotted Annette’s recipe for Protein Apple Chunk Muffins about a week ago and decided to give ‘em a go yesterday. They really are delicious, but I forgot to add in the oil (only 1 tbsp, but still), so I’m wondering if that’s what is causing them to stick to the liners? Either way, they still taste awesome, so thanks, Annette!

So I am suuuuuuuuper excited about tonight. I have plans to meet up with a couple of friends (and former co-workers) Gabby & Wendy, who I haven’t seen in over two years…I’m pretty sure the last time I saw them was at Gabby’s housewarming party back in July 2010. Crazy! It’s going to be so great to catch up with them over some yummy Mexican food later tonight.