Hey everyone! Thanks a bunch to those of you who helped me feel a little less ridiculous about being sad over my bittersweet goodbye yesterday. I’m glad to know I’m not the only one who can get attached to a motor vehicle.

Well, last night’s dinner was awesome. We had a great time with Joe & Kate and ate some great food. 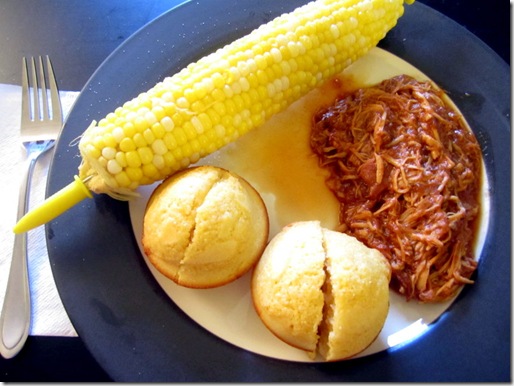 The Pulled BBQ Chicken turned out perfectly, and we still have tons of leftovers (WOOO!). I passed on eating my pulled chicken as a sandwich… 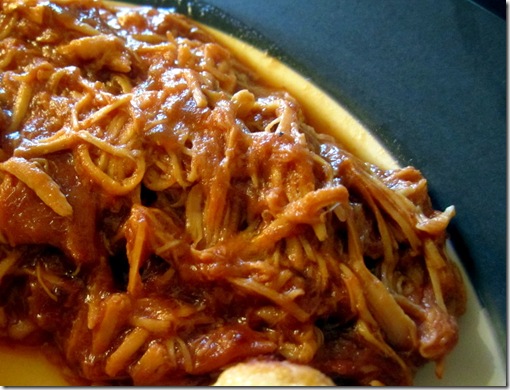 so I could double up with two homemade corn muffins topped with a little butter. I don’t know what it is about cornbread/muffins, but I’m just in love with them. 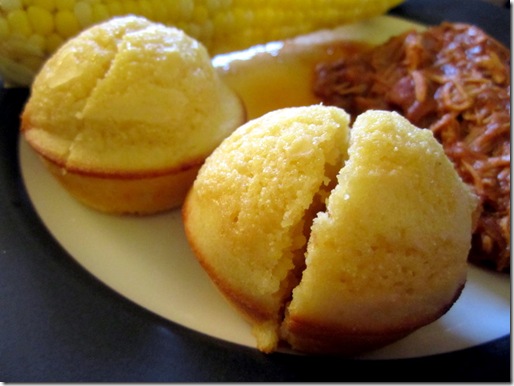 I also cooked up some corn on the cob which was pretty decent, once again, for it being early in the season. 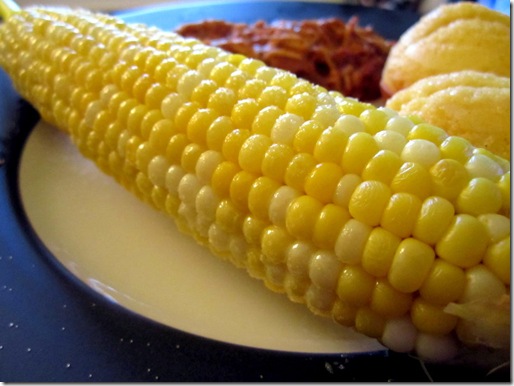 I always think it’s so fun to see how other people eat their corn on the cob. It seems like there’s so many different ways that people go about it! I eat my corn in straight rows, 4-5 rows of kernels at a time. 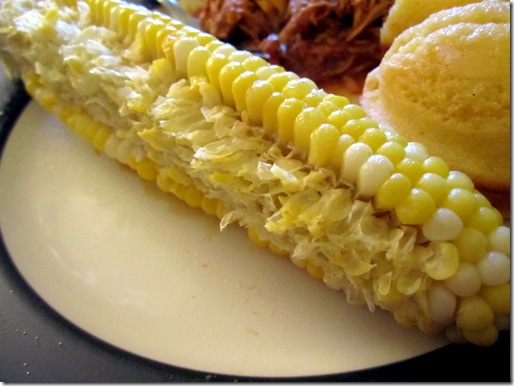 How do you eat YOUR ear…of corn on the cob?

My morning has been a bit thrown off due to the fact that Jay is still sleeping, thanks to a massive headache he’s trying to get rid of. Since I had plans to get up and hit the treadmill for some HIIT (and we all remember my dilemma with the early morning treadmill usage), I decided to hold off and let him sleep.

So while I’m waiting, I figured I’d make some breakfast. 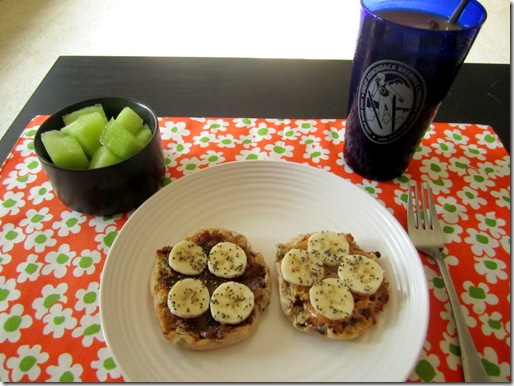 With a side of fetch and iced coffee, of course. 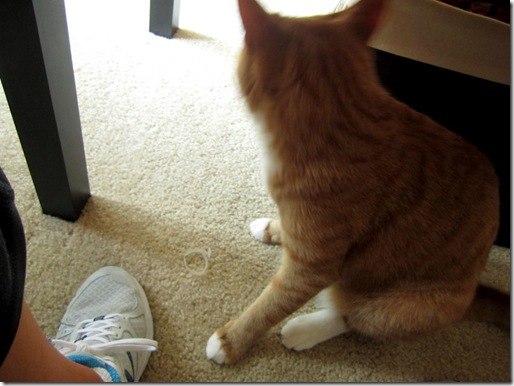 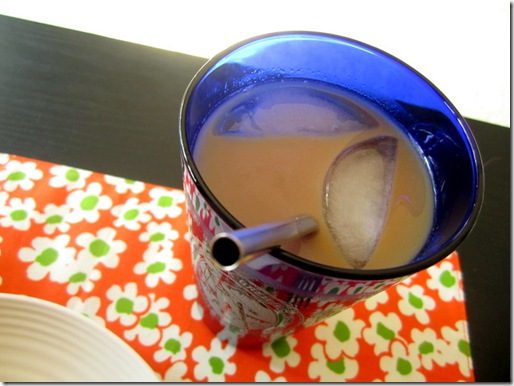 Would you believe that I cut up this honeydew melon yesterday, and it’s already starting to get that tangy, almost going bad taste? I hate when that happens…but luckily, it was still alright this morning. Now I just need to figure out what to do with the rest of it before it goes bad??? 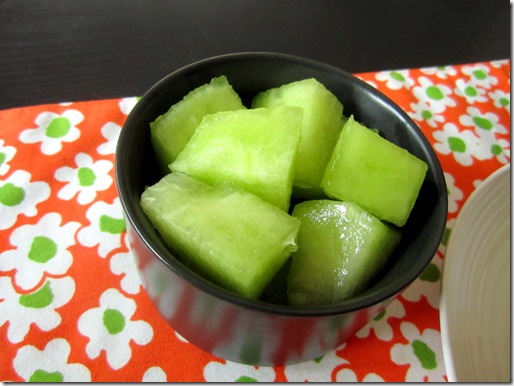 Today’s English Muffin was the bomb. Yep, the bomb. 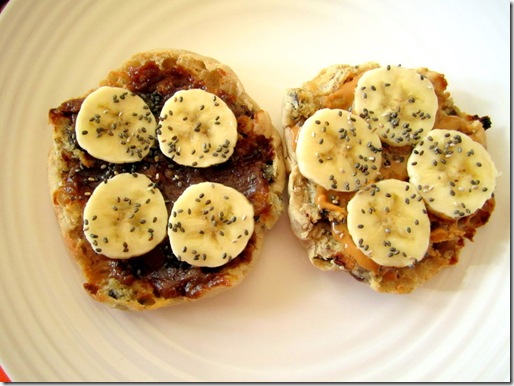 Not only because it was topped with half peanut butter, half low fat pb spread, banana slices, and chia seeds…oh no. 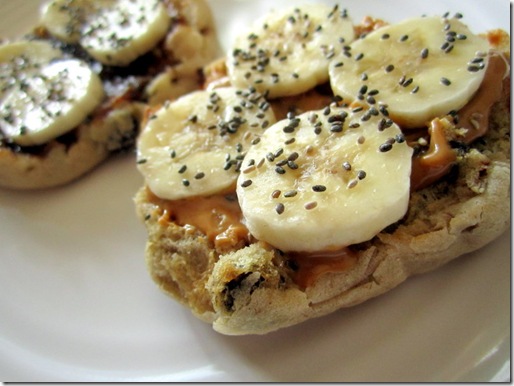 It was the bomb because do you SEE what’s baked right into my muffin? 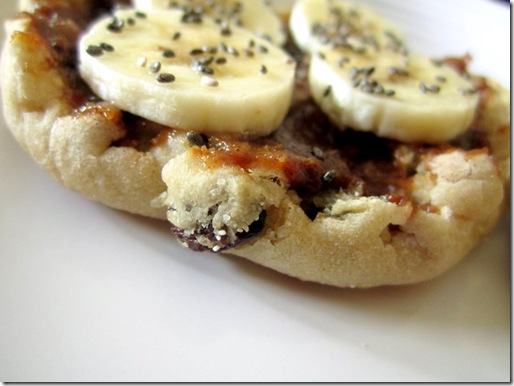 I picked up a package of these Thomas’ Cinnamon Raisin English Muffins yesterday on sale at the grocery store, and had been waiting to dig in ever since. The muffins are soft and chewy, and the plump raisins baked right inside totally rocked my socks. 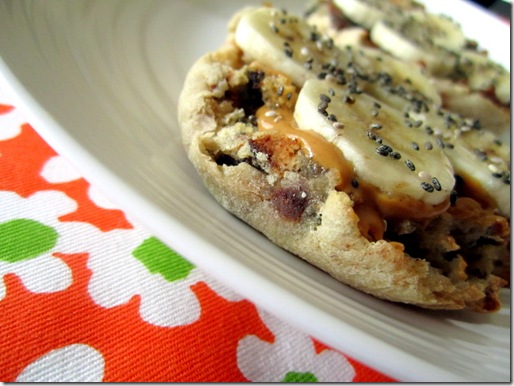 I’m sure they’d taste just as awesome with some of my favorite Blizzard Butter, too! Don’t forget…you only have until tomorrow if you want to get in on my Saratoga Peanut Butter Co. discount!

Alright, hubby is officially up…now as soon as this breakfast settles, it’s time to get movin’!

Besides my corn on the cob question…

What are your plans for the 4th of July weekend?? Is anyone else shocked by the fact that it’s already THIS WEEKEND? Where does the time go!?