Today was one of those morning where my body just did not want to get up.  I had my alarm all set for a morning workout, but by the time it went off, the magnetic force between by finger and snooze button was unstoppable.  It wasn’t until the third hit of the snooze button, where I finally just moved the alarm up to be able to get some extra sleep (in more than 9 minute snooze intervals).

Apparently, my body was craving sleep, so I wasn’t going to force it to do what it wasn’t ready to do.  No worries though — if I have time to squeeze in a workout later, I will.  If not, I’ll just start up again tomorrow.  I’d rather feel refreshed & rejuvinated, instead of sluggish & sleepy! :)

Breakfast featured another variety of VitaTops this morning: BlueBran. 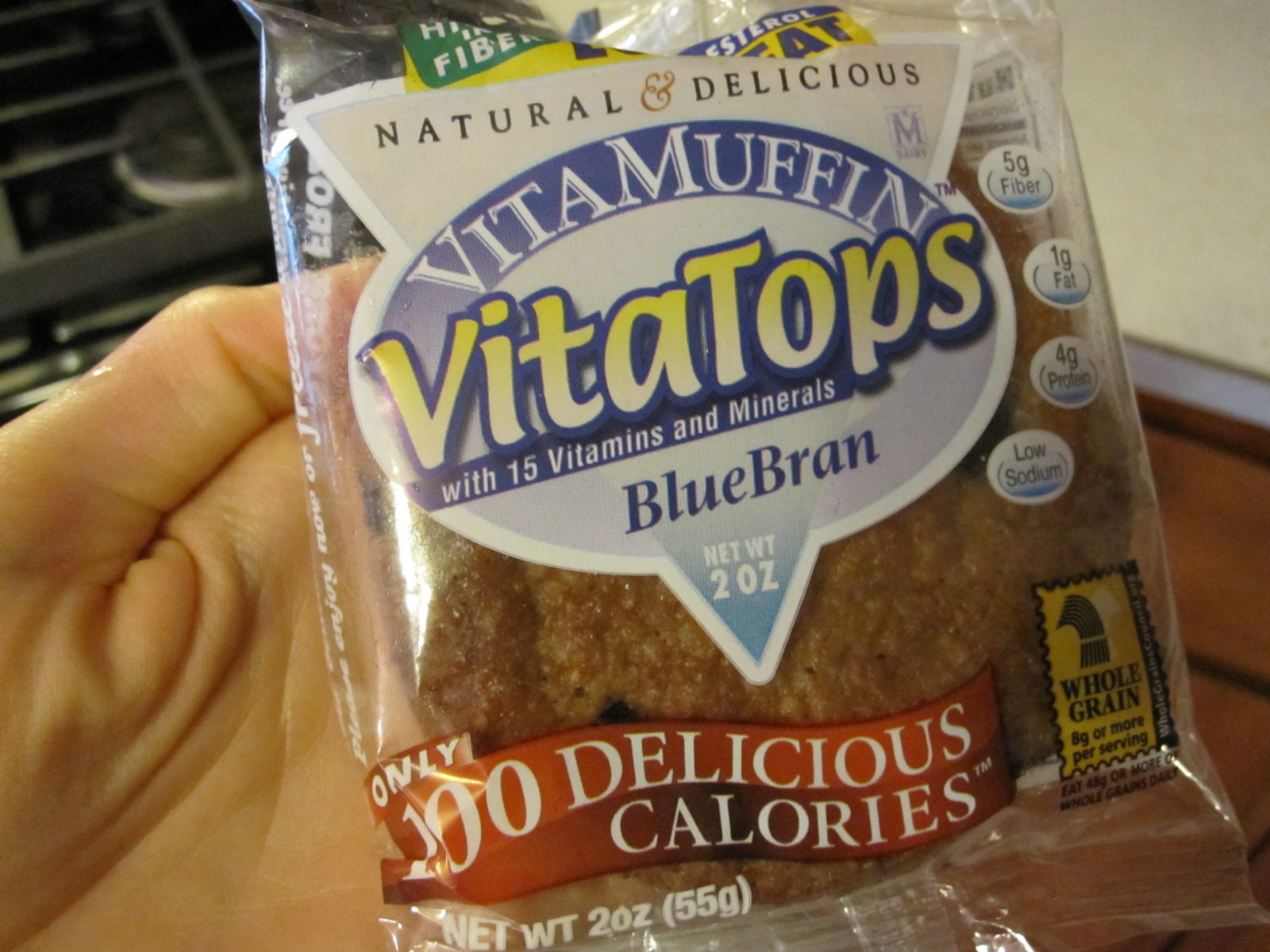 This time, I wrapped it in a paper towel and heated it up quick in the micro for about 15 seconds, which made a big difference compared to yesterday’s.  I debated on another overly delicious oatmeal bowl, but was feeling too lazy to prep it, so I went with another favorite: Chobani! :) 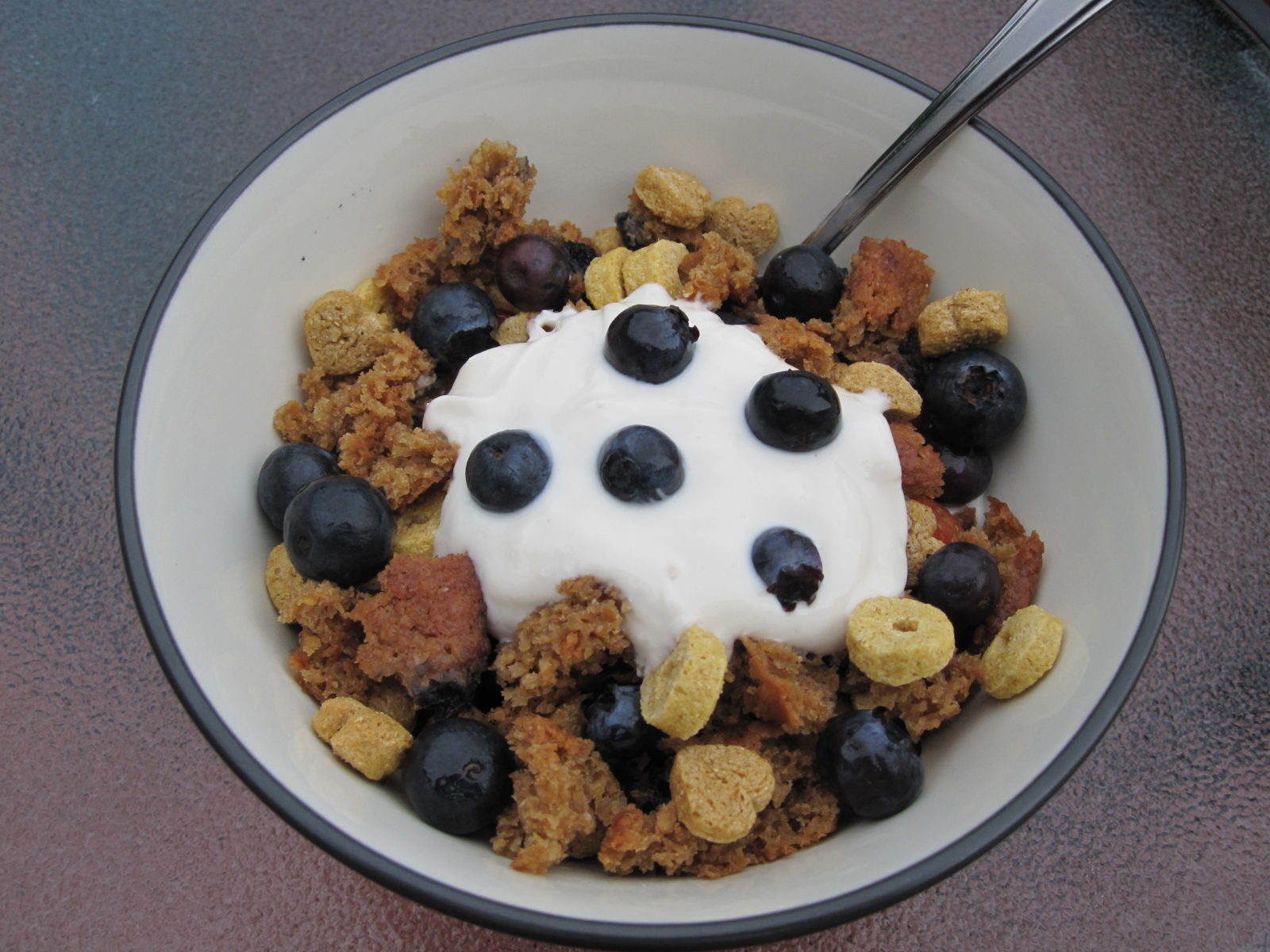 My yogurt bowl started with a vanilla flavored Chobani, topped with blueberries, 1/4 cup Kashi Heart to Heart cereal, and 3/4 of a crumbled BlueBran VitaTop (I ate the other 1/4 right out of the micro!). 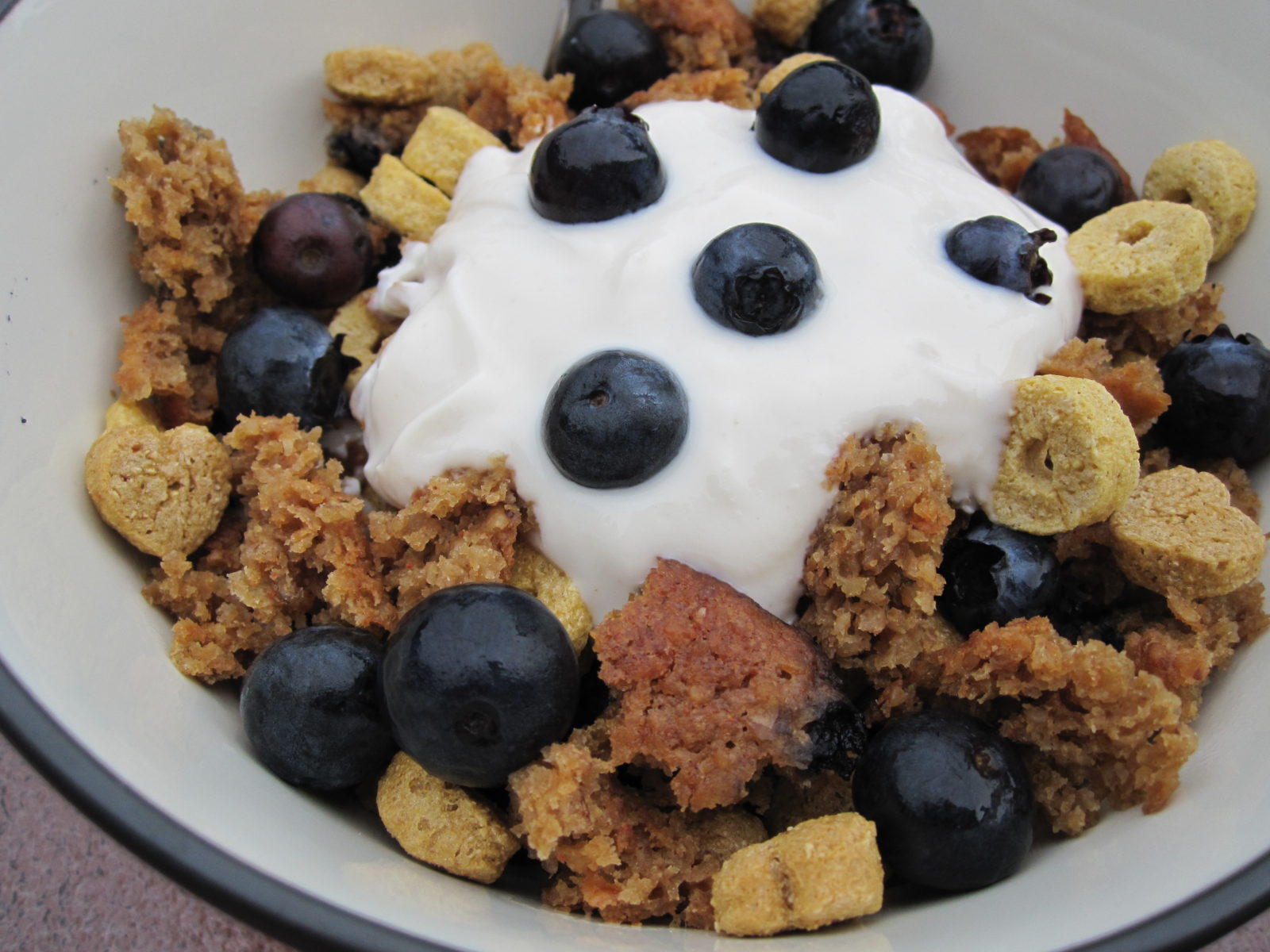 And guess what else was hiding underneath there???… 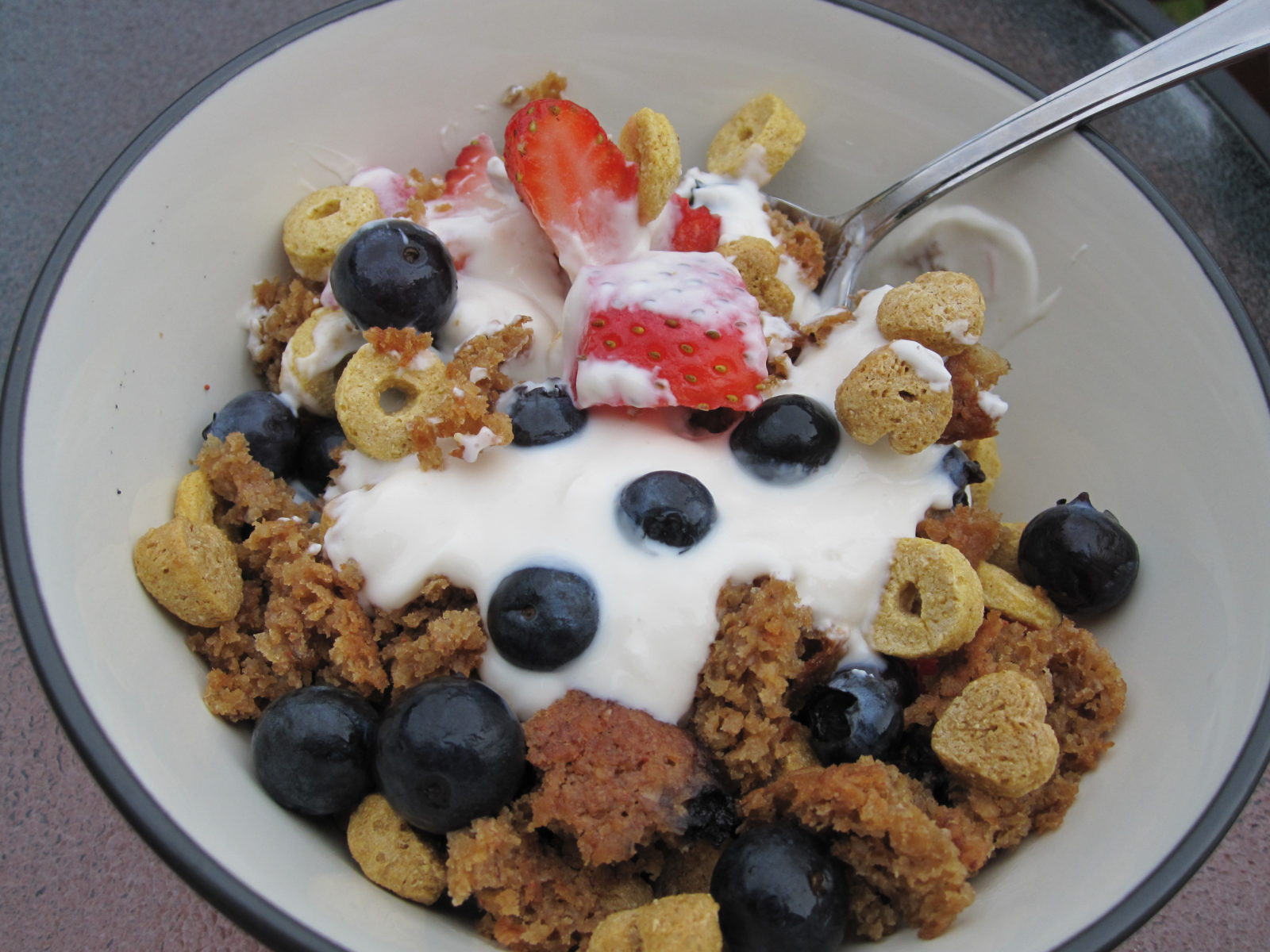 And then things got messy — just how I like ’em ;) 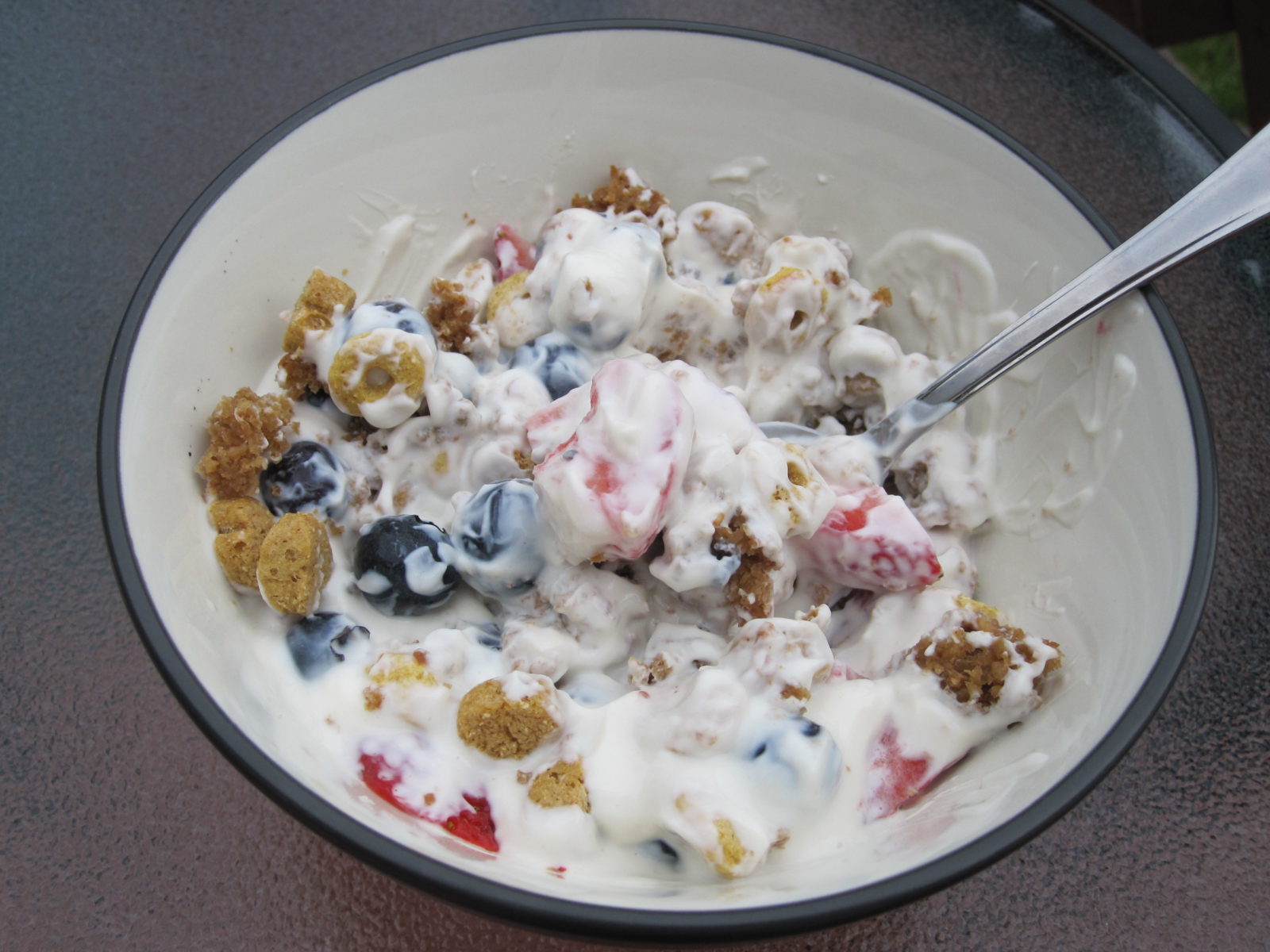 Along with my yogurt bowl, I enjoyed a delicious mug of iced coffee while double checking my list for the grocery store trip I have planned after work this afternoon.  I saw these lists at Target last week, and decided I just had to have them (yes, another impromptu buy). I thought maybe they’d help me better plan my meals for the week — yup, it’s working out really well.  As you can see, that portion of the list is still clean & empty. ;)

Ok, so I need you guys to help me out this morning!

The hubby and I have been having a debate on something for over a year now, and I decided it’s time to finally settle things once and for all.  It’s a very serious matter folks, so bare with me.

So what is the subject of this very heated debate you ask???

One of us thinks it goes THIS WAY:

And one of us thinks it goes THIS WAY:

In order to be fair, I won’t tell you guys if I think over or under is the correct way, (but I will tell you that I left a clue somewhere in this post to help you figure out my way!) ;)

If it turns out my way is less popular, I will give up my stance once and for all on the TP debate!  (So that means I’m counting on you guys!)