Happy Monday to you all! Did everyone have a great weekend?

We had our little guy a bit under the weather, which was a bummer, but he was a trooper and still managed to have some fun on Easter which was nice! 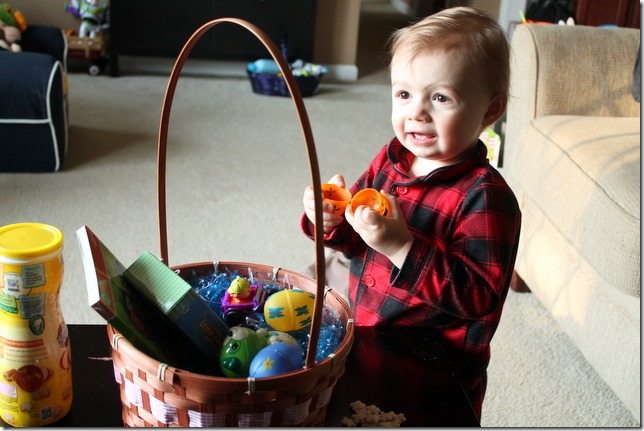 And, yes, he wore the same PJ’s for Easter that he did for Christmas. No Easter PJ’s…I guess we’ll chalk that one up to a mom fail.

Luckily, the Easter Bunny still managed to do his thing, and left Lucas some new loot in his basket. After a recommendation from our friend Kanika, we wound up getting him a LeapFrog LeapReader Junior plus a set of Interactive Letter Factory Flash Cards. 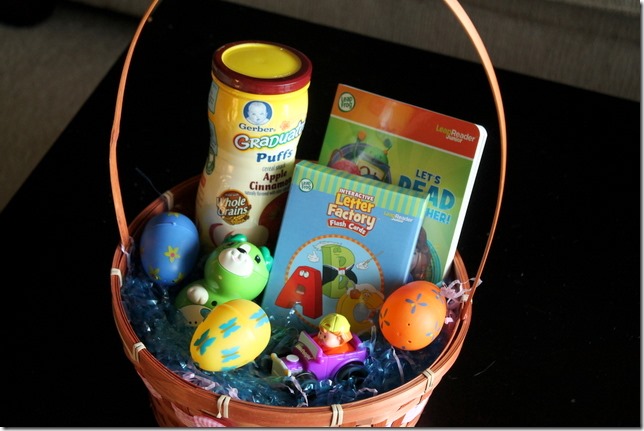 He loved it immediately, and I have no doubt it’s going to wind up being a favorite around here. 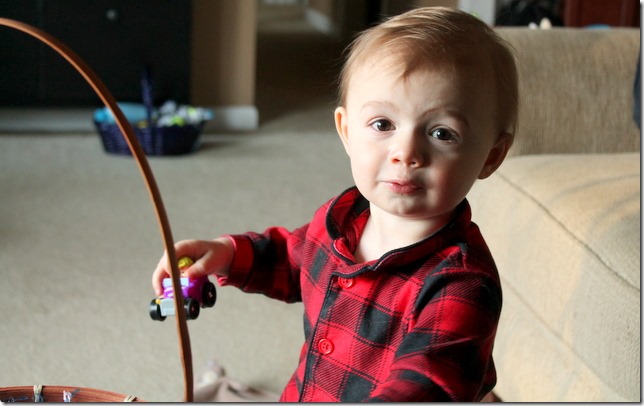 After hanging around at home for a couple of hours in the morning, we headed out for our first stop of the day at Jay’s aunt’s house. Every year, she hosts an egg hunt for the cousins and since Lucas was still a bit too little to participate last year, this was his first ever “real” egg hunt (you know, besides the 10 or so that we hid again in the living room this year). 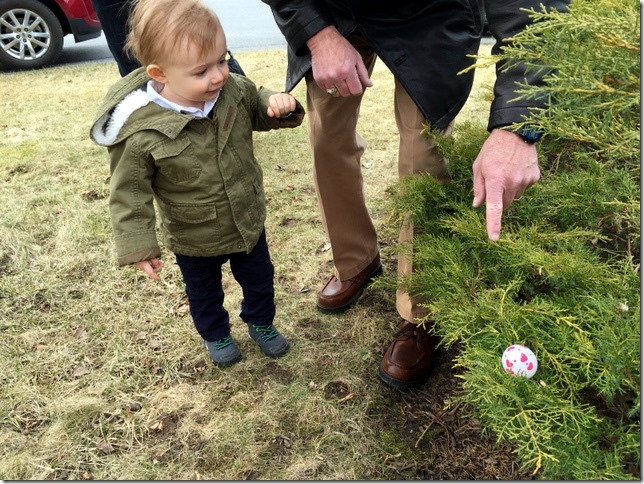 Despite the fact that it felt nothing like spring or Easter outside, he still managed to have a blast and got SO excited when he found an egg. If you already saw it on Instagram, then you probably know what I’m talking about. 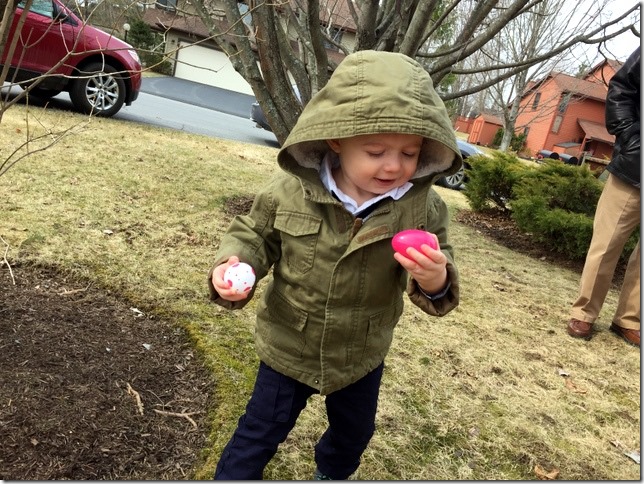 We attempted to get a family photo, but they are just getting increasingly difficult these days. The child just does not sit still and always wants to be on the move. 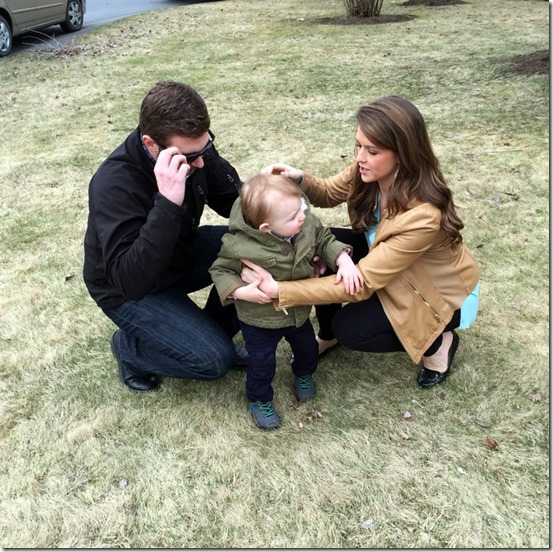 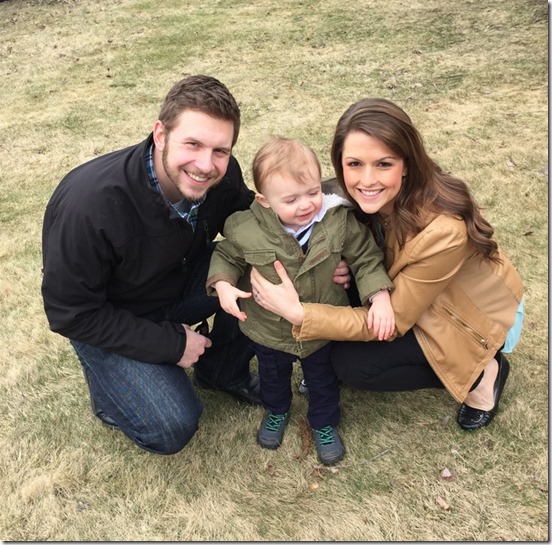 After the egg hunt, it was time for brunch. Delicious as always, and I went back for seconds of a few different things. 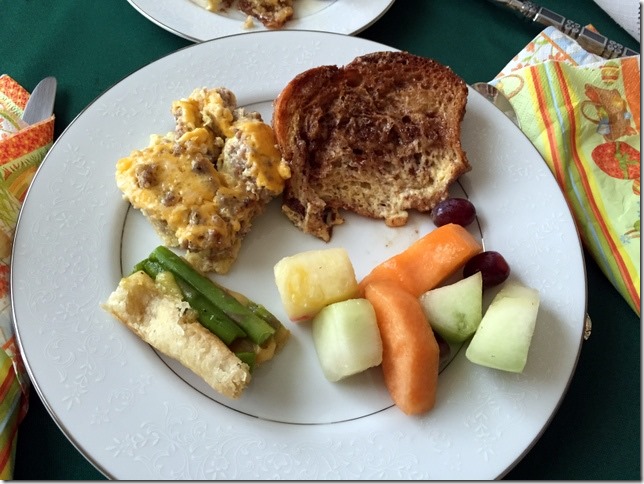 I’d tell you Lucas was just as excited about brunch, but he really wasn’t. 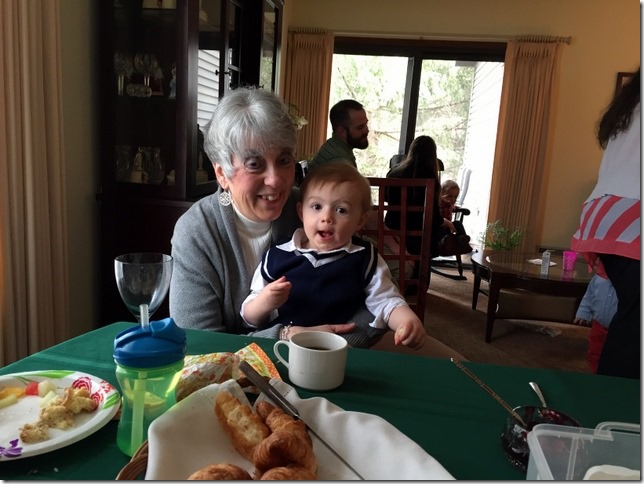 He’s not into much of any food these days besides applesauce, yogurt, food pouches, Nutrigrain bars, and crackers. Quite the balanced diet, right?

The kids played outside a bit more with bubbles after brunch, and then Lucas decided it was way too past his bedtime and let us know it…so we were off. 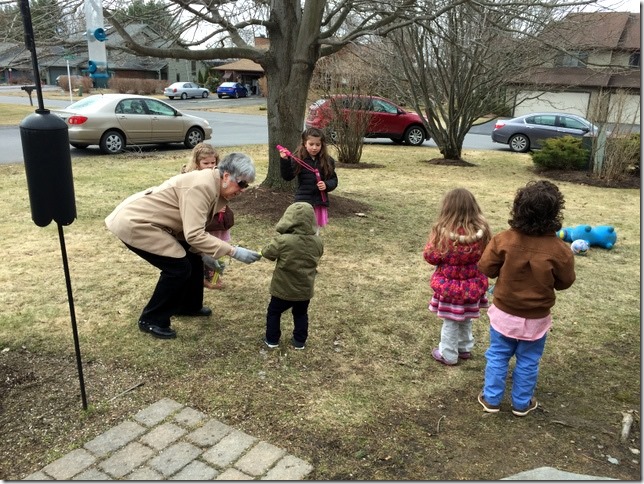 We headed over to my parents’ house next, and Lucas (luckily) took his nap there for a little bit. Despite a cranky wake up, he eventually came around and had some fun playing with everyone, including Uncle Dan. 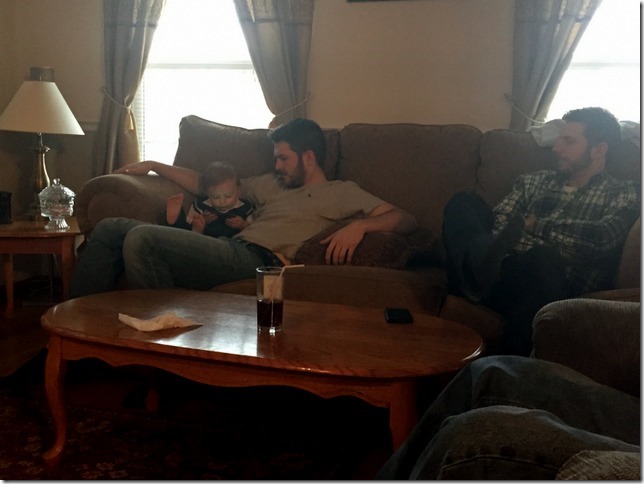 For dinner, my mom made a delicious prime rib (not typically my thing, but it was really good), homemade garlic mashed potatoes, and a huge pan of roasted veggies (which I snagged a TON of leftovers from for the week!). 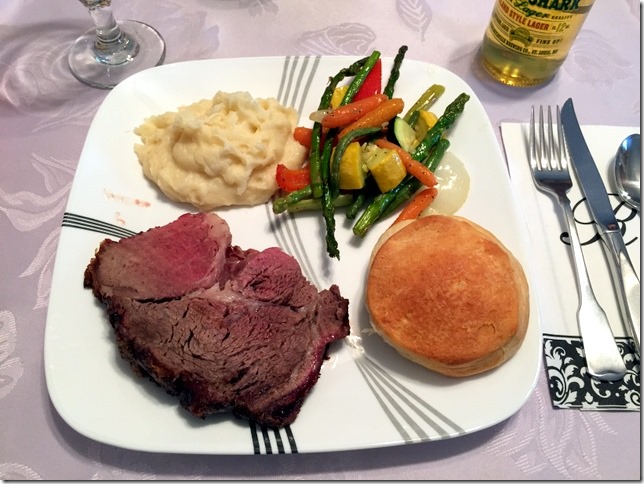 Lucas ate crackers and string cheese because, well, that’s his MO these days. 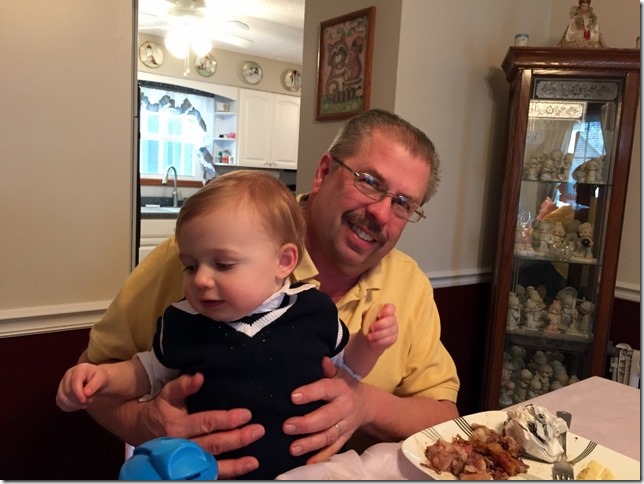 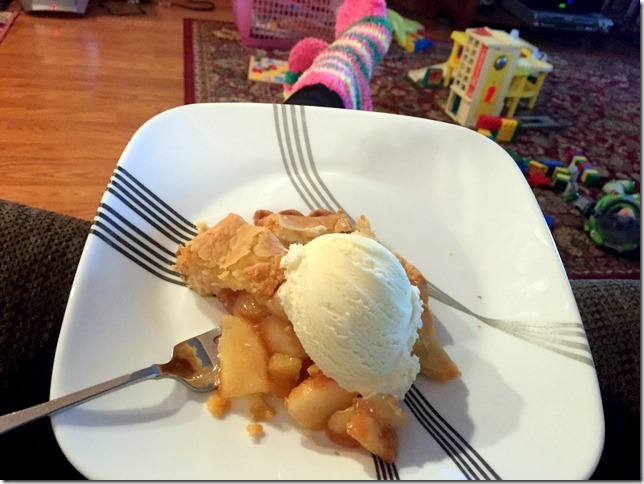 And shortly after that, we were back home! It was a bummer to have Lucas under the weather but we all still managed to have a great Easter weekend. Now we just need to clear up that cold of his and hope that it doesn’t make its way over to me (even though we know that is never gonna happen!).

So how about you guys? How was the holiday weekend?

FYI: In case you missed it, I’ve got a yummy giveaway happening right now. Be sure to check it out!