WELL. The past 24 hours have been quite interesting with the ol’ blog. 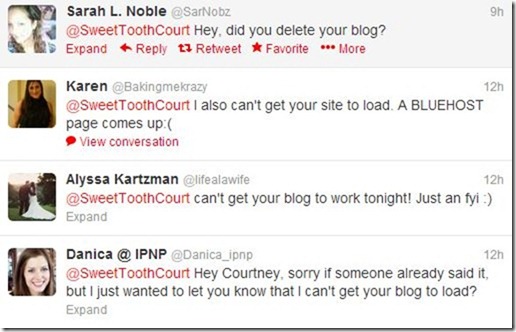 It was quickly brought to my attention that my blog seemed to have just up and disappeared, and a bunch of you thought I actually decided to quit blogging. No worries, my friends! That is totally not the case…

Long story short, I know what happened…I had switched servers away from BlueHost (they just weren’t being great) but they also happened to delete a specific file that they were told not to. Oh, how lovely of them, right?

I thought things were resolved this morning when I was able to access the blog for just enough time to post this week’s Baby Tooth update. But then about five minutes later, it was gone again…and up until right now, about 5:30pm, I was unable to access it (even though some of you were throughout the day, which just boggles my mind).

ANYWHO…this post (which was originally supposed to go up this morning) is gonna be short and sweet because my patience with technology this evening is pretty slim and I need to just step away from the computer.

Last night when I got home from work, I was a Starvin’ Marvin and wound up snacking a bit before deciding what I really wanted for dinner. 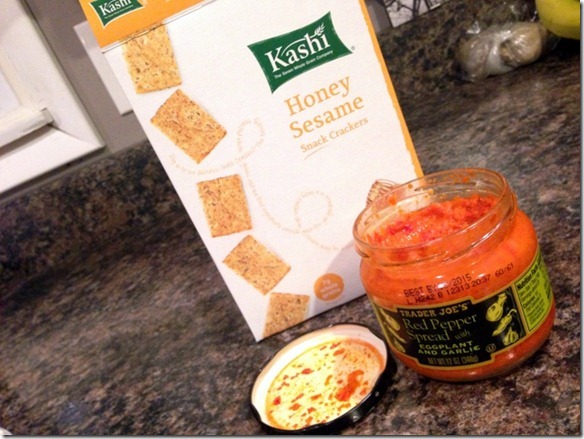 I mean, Kashi crackers go with just about anything in my book, but this TJ’s red pepper spread with eggplant and garlic that I recently bought was an awesome accompaniment. Funny enough, when I first opened up the jar about a week ago, I wasn’t diggin’ it at ALL. 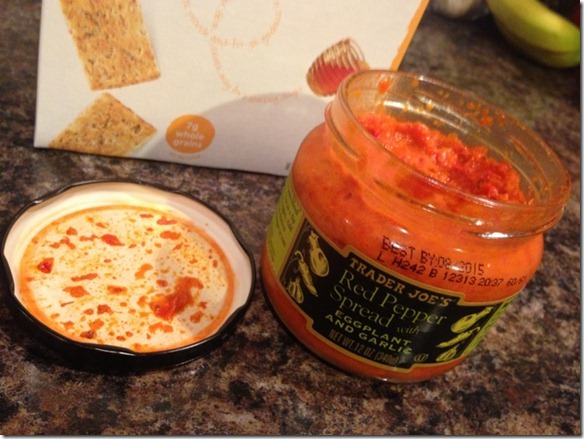 Must have been an off day then, because last night I was ALL about it.

SO much so, that I used it with dinner too. Jay and I were doing our own thing, since he had to work a bit later (and he knows my hunger usually just does not hold out these days) but I was having the toughest time deciding what to have…

Eventually, I wound up rummaging through the freezer and found some veggie burgers chillin’ in there (<—pun totally intended) so I cooked one of those up, topped it with some provolone cheese, and served it on some toasted Martin’s whole wheat potato bread with lettuce and more red pepper spread. 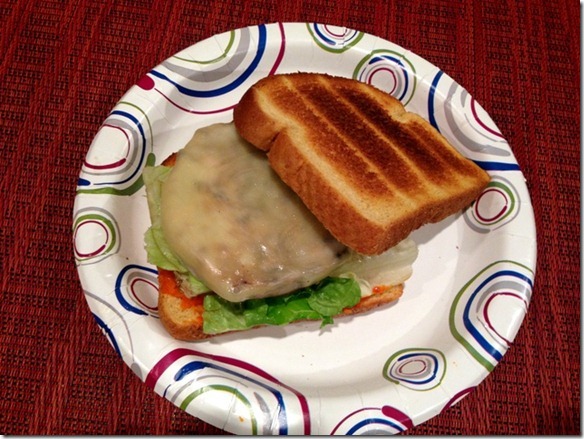 It was simple, but totally delicious.

A few hours later, I was hungry once again, so I made myself a mug of cereal which was thoroughly enjoyed while watching The Bachelor. 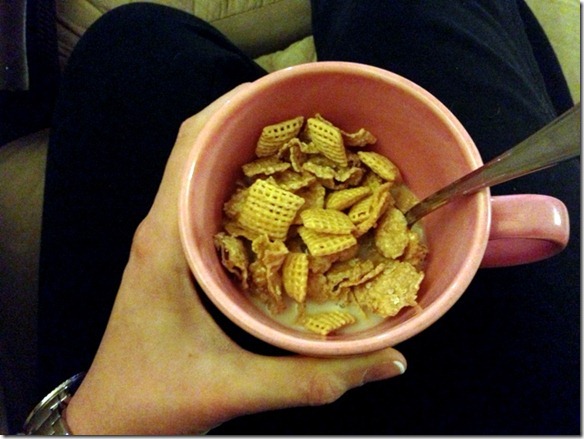 I actually wound up staying up way later than I had anticipated to watch the darn episode, but it was a gooooooooooood one, so I was too hooked to turn it off. All I’ll say is, halleluiah! Who’s with me?!

**The Baby Tooth page was updated this morning!!

Hmmm…I’ve got nothin’ for ya tonight, my friends. Hope everyone enjoys their evening!