Well good morning, everyone! How are we all doin’ on this sunny, frigid Monday? I’m actually feeling so much better this morning, compared to the rest of the weekend. In case you were out and about having a whole lot more fun than I was, here’s what you may have missed…

Alright, so get this. You’ve probably noticed lately that running hasn’t really been at the top of my workout list. I’ll occasionally throw in a treadmill routine here or there, but I just haven’t been loving it lately.

Last night when I was going to bed, however, I all of a sudden decided that today was going to be a running day. And not only that, but I also wound up with a number of five miles stuck in my head. Yikes.

So this morning, I woke up, laced up my sneaks, headed to the treadmill, and wound up finishing THIS… 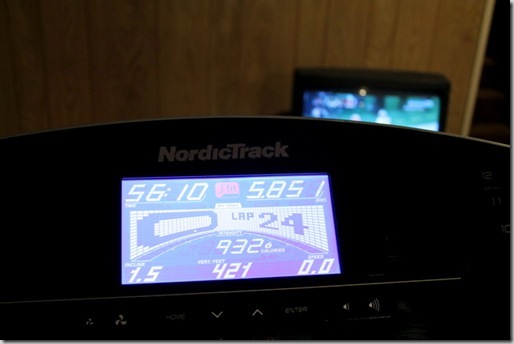 5.85 miles?!? Seriously, who AM I? I don’t know WHAT got into me this morning, but I was totally feelin’ that run. Who knows…maybe it was my lack of movement from the weekend?

I also found it rather amusing to compare my “calories burned” from the treadmill, compared to those burned on my Polar FT60 . 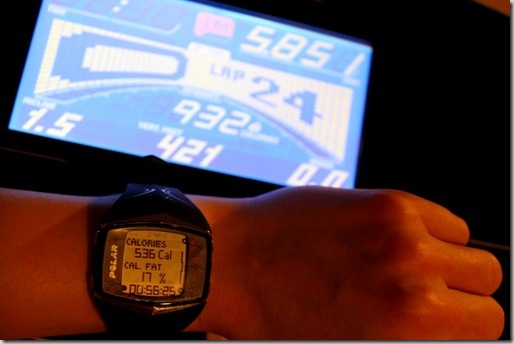 (By the way, I gotta share some info on this heart rate monitor with you guys soon. It’s seriously awesome.)

So it’s no secret that the treadmill is NEVER EVER a good indicator of calories burned, but to see that it had overestimated by almost 400 calories? Talk about a discrepancy!

Honestly, I wish treadmills would just take that feature completely off, since I’m sure there are many people out there who wouldn’t know the difference and are under the impression that they are burning a lot more calories than they really are. It’s false advertising, people!

As amazing as my run felt this morning, it ended up doing quite a number on more poor feet. Holy cow do the bottoms of them sting right now. I am totally taking the blame for the fact that I really do need to buy myself new running sneakers… 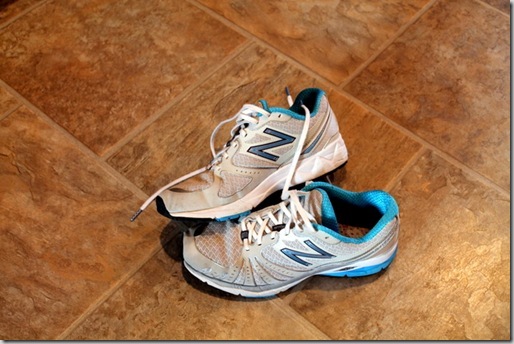 Especially considering the fact that I’ve been using them since May. Oops. I really do need to find a new pair, but I’m so unsure of what I want to buy. I don’t run a TON, and I really would like to have a pair that I could use for everything (BodyPump, kickboxing, etc.). Does anyone have any suggestions??

Hey, even though they’re past their performance prime, they still look pretty good, right? Yeah…that’s because I’m a total treadmill runner.

Okay, we need to talk quick about this breakfast.

Today was my last day of attempting a new Real Simple breakfast idea and I decided it’d be a good idea to go with something I would never, ever try on my own… 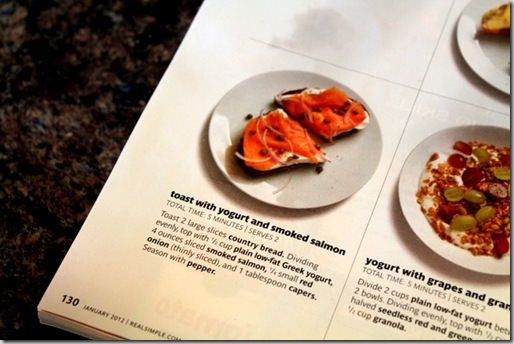 So today I attempted the Toast with Yogurt and Smoked Salmon recipe.

I lightly toasted one slice of whole wheat bread, and topped it with some plain Chobani, about 1-1/2 ounces of smoked salmon, some onion slices, and freshly ground black pepper. 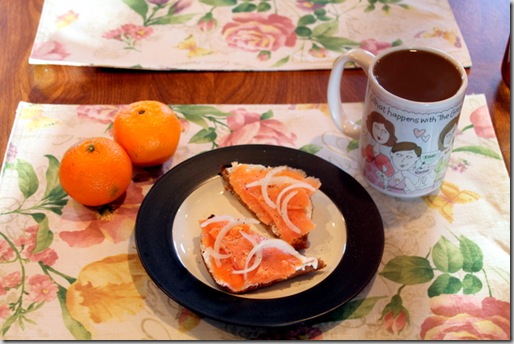 On the side, I also had a couple of clementines. 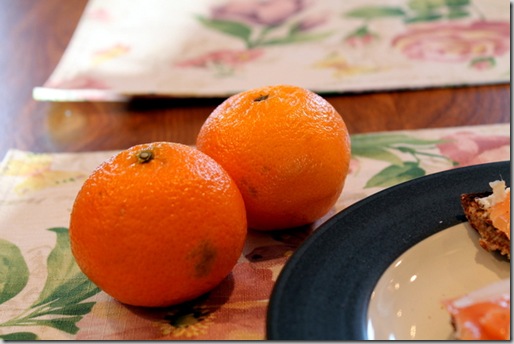 The salmon looked a little scary, but I’m always willing to try something once, so I went for it… 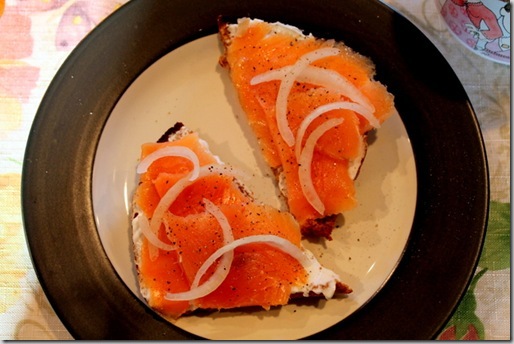 …and then I learned something rather quickly today.

I am not a fan of smoked salmon…at ALL. 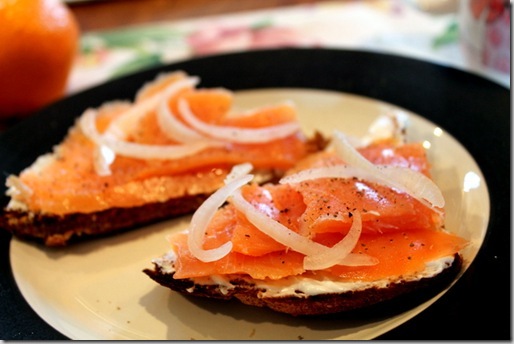 Oh my gosh, it was awful. Just awful! The smoky flavor did nothing for me, and all together it was just too salty. BLECH!

I quickly downed a clementine to try to get rid of the taste, chugged some coffee, and promptly made an egg, cheese, and jam sandwich. 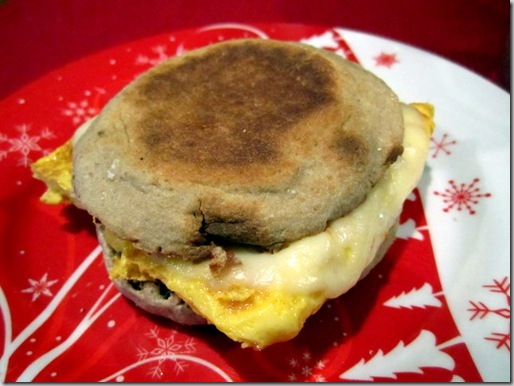 (photo recycled because I was too hungry at this point to take photos).

That was MUCH better. And hey…at least I had one good take-away from this breakfast disaster: Now I know not to ever bother buying smoked salmon again.

Alright friends, I gotta jet…but be on the lookout for a new workout headed your way this afternoon!

« Just What the Doc Ordered
No Weights Required Office Workout »