Today is Wednesday (duh, Courtney). This means that today’s workout would typically look very similar to this workout, including a big ‘ol mash-up of cardio, strength, abs, and/or yoga. 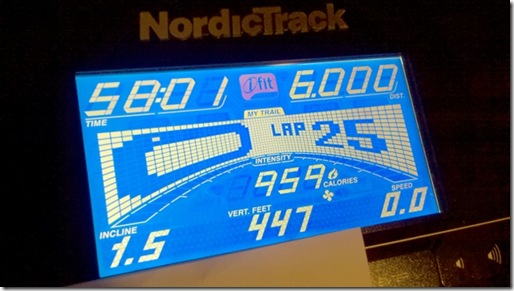 I soared through a kicked-up version of the 5-4-3-2-1 Treadmill workout, which I had hoped would get me to 6 miles by the end of the 55 minutes. Unfortunately, I had only made it to 5.8 miles at that time, so I continued walking until I reached six. That was my goal, and I was stickin’ to it gosh darn it!

It was only after I took a peek at my workout log that I realized that the last time I attempted to run 6 miles was back on June 25th. Yowsahs!

I’m totally cool with that though. For a while there, I was really into the running thing, but then my interest in it started to wean. It’s safe to say that my workouts go through cycles, and I think that’s a good thing. That means that I’m continuing to keep my body “on its toes” and not allowing it to get stuck in any one particular routine. I guess you could say that I like to keep things spicy.

I’ve always said, “If your workout isn’t fun, then quit wasting your time.”

Post-workout, a glorious shower ensued, followed by another delicious, breakfast-like lunch; only this time, it was savory AND a bit sweet. 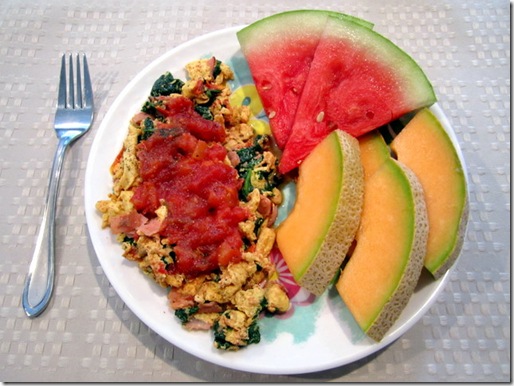 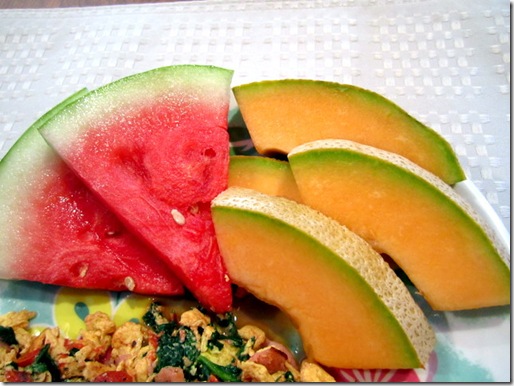 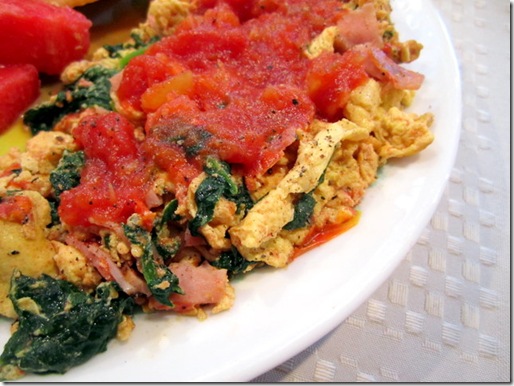 Newman’s Own Pineapple salsa, to be exact (one of the few salsas that I can handle at the dreaded ‘medium’ level). That stuff is theeeee best.

Gotta run…things to do, places to go, dessert to bake!