The creeper was at it again last night. 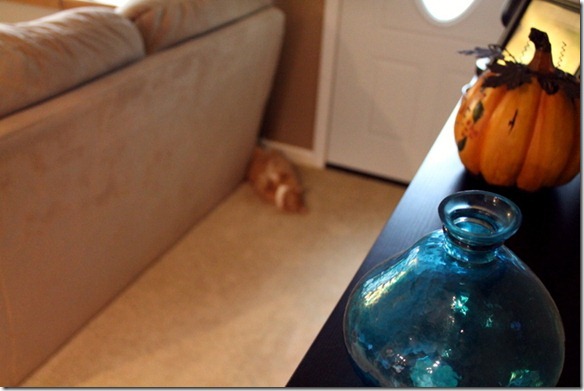 Shortly before dinner last night, I was going to walk up the hallway into the office when I happened to turn around and spot him…hiding behind couch.

Ok, I guess technically he wasn’t hiding. But I just was so not expecting him to be there and his positioning behind the couch completely struck me funny. 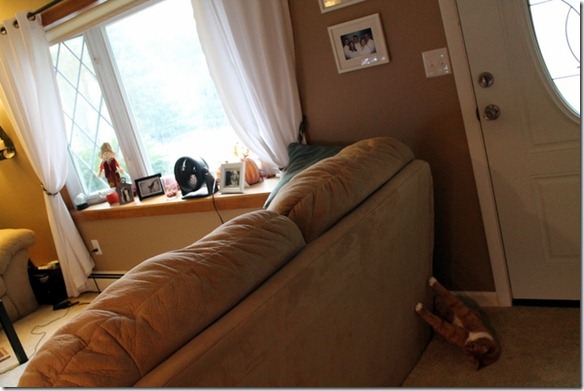 Stretch it out, bud! 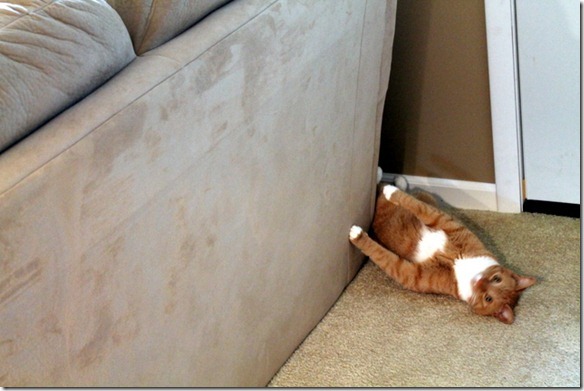 He’s such a little ham. 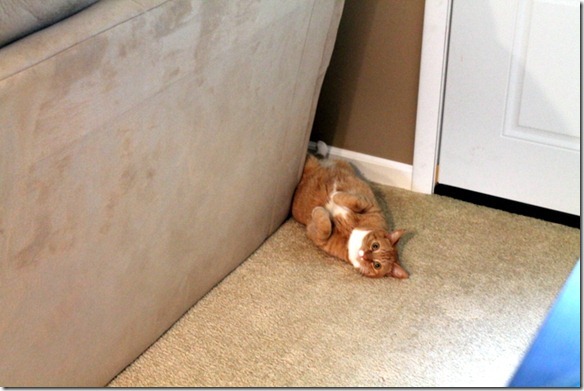 As for dinner last night, nothin’ too fancy schmancy. 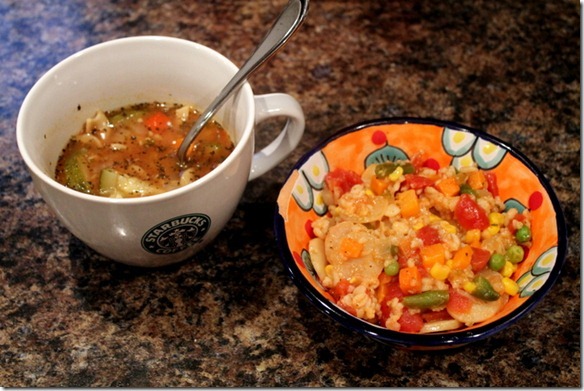 Jay and I finally finished up the last of my Veggies & Noodles Soup, he paired his with a grilled ham and cheese, and I paired mine with a bowl of vegetables and barley. 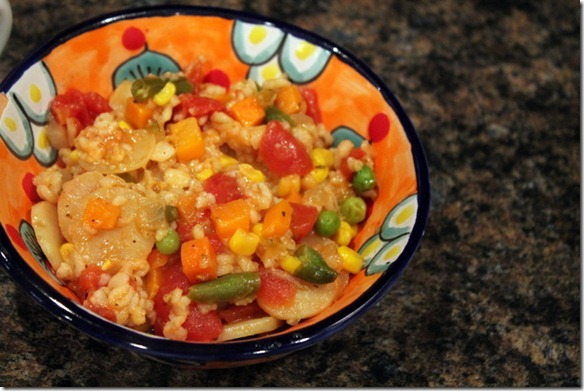 It was actually a casserole that I was trying out for a freelance piece, so I figured I’d kill two birds with one stone and have some for dinner. It’s wicked good.

The two (three, if ya count creeper) of us spent the rest of the evening being TV junkies, since the weather was too crappy to be outside for anything, watching The Voice and The New Normal. Loving those shows!

This morning, I was up nice and early to tackle a kitchen project that I decided on last night. But first, I made myself a little yogurt bowl to get me movin’. 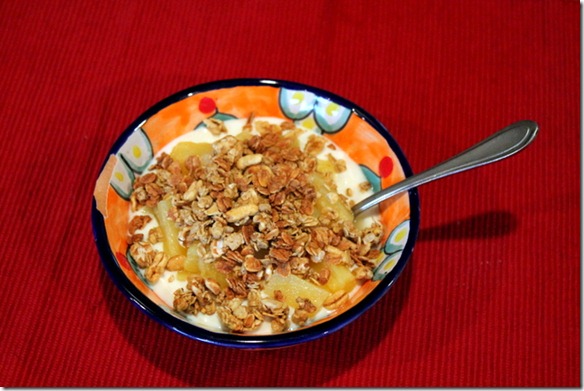 Pineapple Chobani, pineapple chunks, and granola, which was enjoyed while these beauties baked away in the oven. 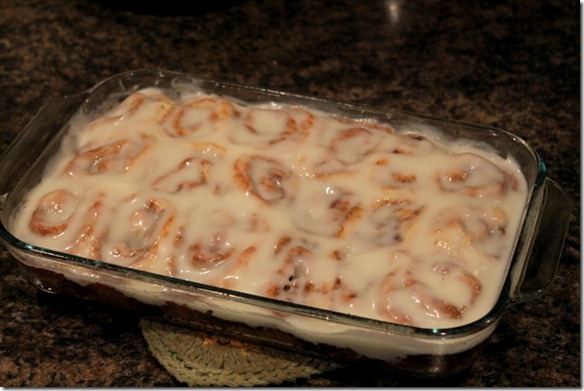 So why the heck would I make a whole tray of cinnamon buns on a random Wednesday morning? Well…

Jay and I were talking last night about how we’re most likely going to need to replace the roof on our house sometime next year…it juuust so happens that the company doing our siding also does roofs.

Coincidence? Bribery? Call it what you wish, my friends, but there is a method to my madness. 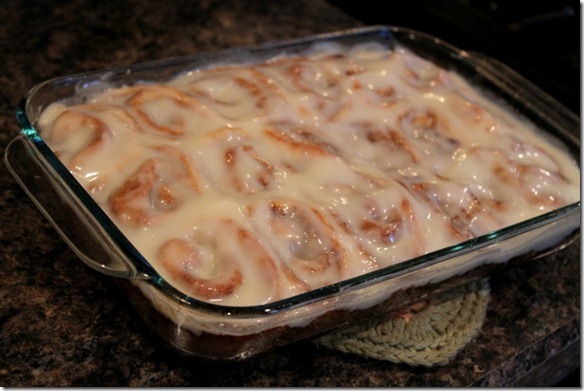 Feed the workers yummy baked goods, THEN ask for a quote on a new roof. Muahahaha.

Honestly, I highly doubt it will work, but it’s worth a shot.

Either way, I do still love an excuse to bake for someone, and since they’re all working so hard, I figured a big ‘ol batch of fresh cinnamon rolls right out of the oven would be a nice treat for them this morning. I can actually still remember my mom baking fresh cinnamon streusel bread for guys who came to work at our house a few times growing up. I guess maybe I get that trait/habit from her? It’s a good one to have – I’ll take it proudly!

So I used Kristin’s recipe for No Yeast Required Cinnamon Rolls, which has been burning a hole in my recipe binder for well over a year now. Hey, better late than never, right? They were actually surprisingly easy to make and AMAZINGLY delicious.

What? You didn’t think I’d bake them without having any for myself, did you? 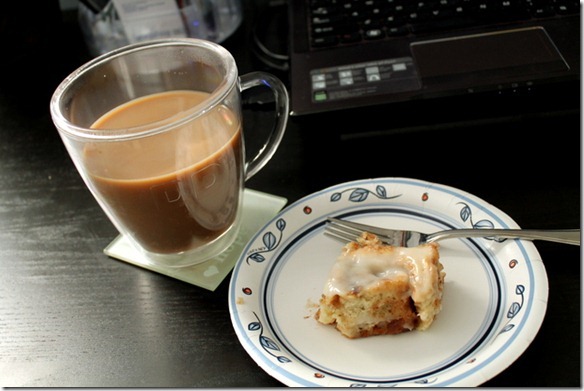 I plated almost all of the cinnamon rolls nicely on a plate for the guys and left a few extra for me and Jay. 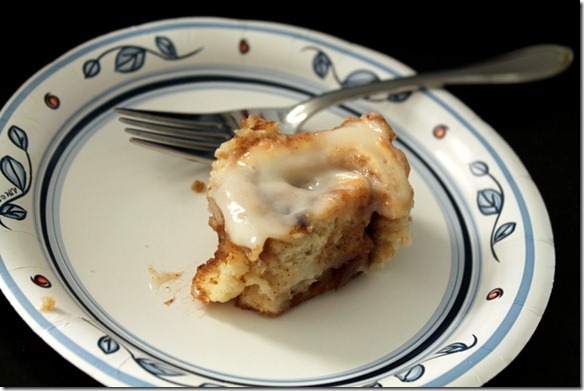 Well, maybe for Jay…depends on how much restraint I can use throughout the day.

What traits and/or habits would you say that you’ve picked up from your parents?

Do you have favorite cinnamon roll (or recipe for one)? <—I’ll always love Cinnamon, but I’m very thankful there is no longer one near me.

If you were to bake something for someone, what would it be?

« We’re Getting There!
What I’m Taking These Days »