So in case you didn’t already guess it from my earlier post, tonight’s “special event” was going to see Boyz II Men live in concert!!  Do they not bring you back to the 90’s or what?  I hear Boyz II Men, and 2 things immediately pop into my head:

1. Middle school dances, awkwardly dancing to “On Bended Knee” with at least 3 feet between you and your guy boy.

2. Stephanie Tanner dancing to “Motown Philly” on Full House – I tried so hard to recreate that dance!! ;)

Ok, back to the concert.

For those of you not from around here, every summer, the city of Albany puts on an event called Alive @ 5, which features a bunch of different musical acts every Thursday from 5-8pm along the Hudson River.  It’s been going on for over 20 years, and believe it or not, this was actually my first time going!  (I usually have softball games…)

Rumor has it that everyone AND their grandmother came out for tonight’s concert.  Just LOOK at this crowd! 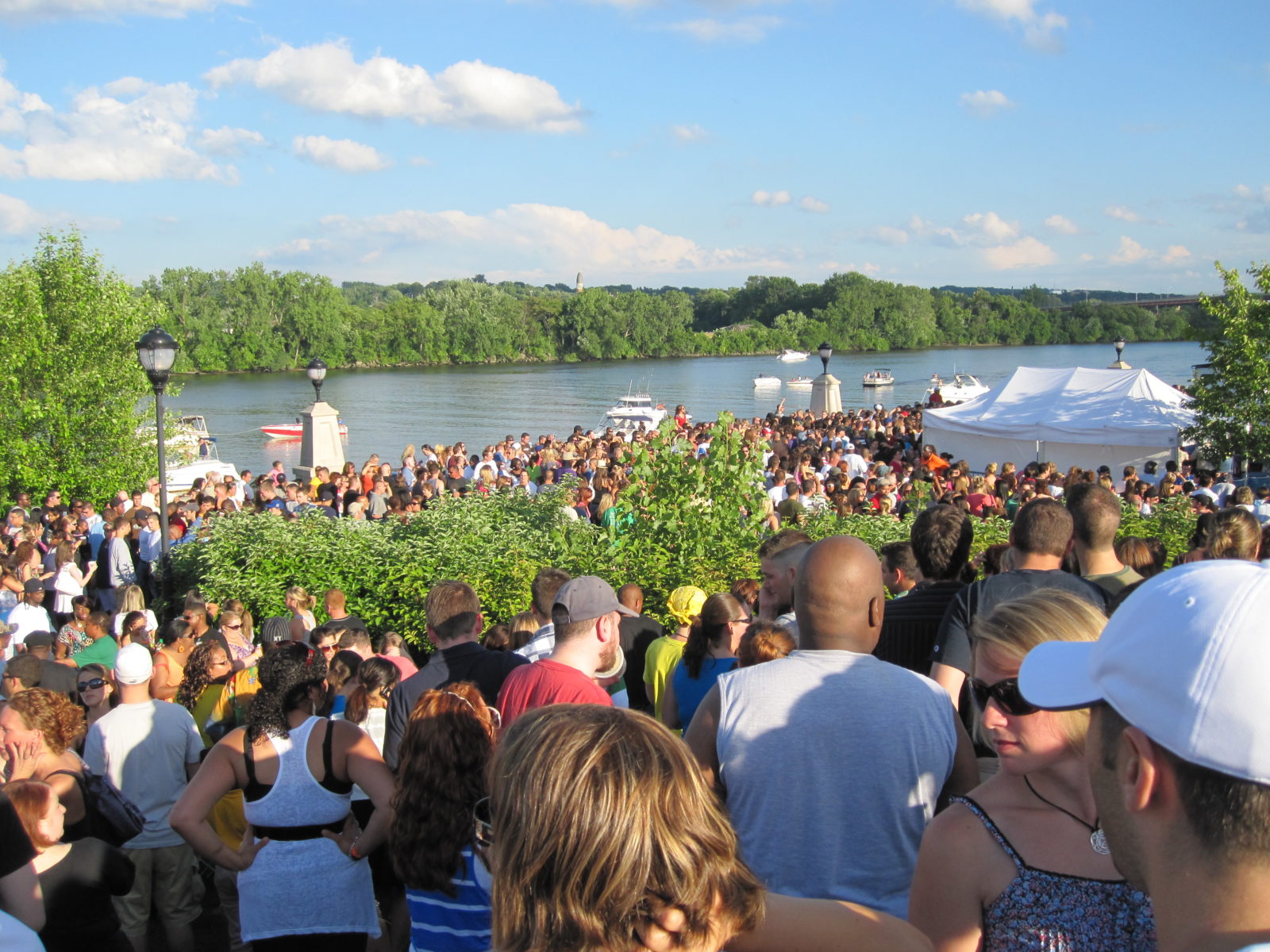 Earlier in the evening, I went and picked up my friend Kate, and we headed down to the concert.  We got SUPER lucky with parking, so we already knew it was going to be a good night (fyi: parking in downtown Albany during any event is not the easiest task).  We also met up with her sister Christine, and the 3 of us had an awesome time rockin’ out! :)  We were so pumped when we heard them open up with Motownphilly — we really wish they had played it a second time. 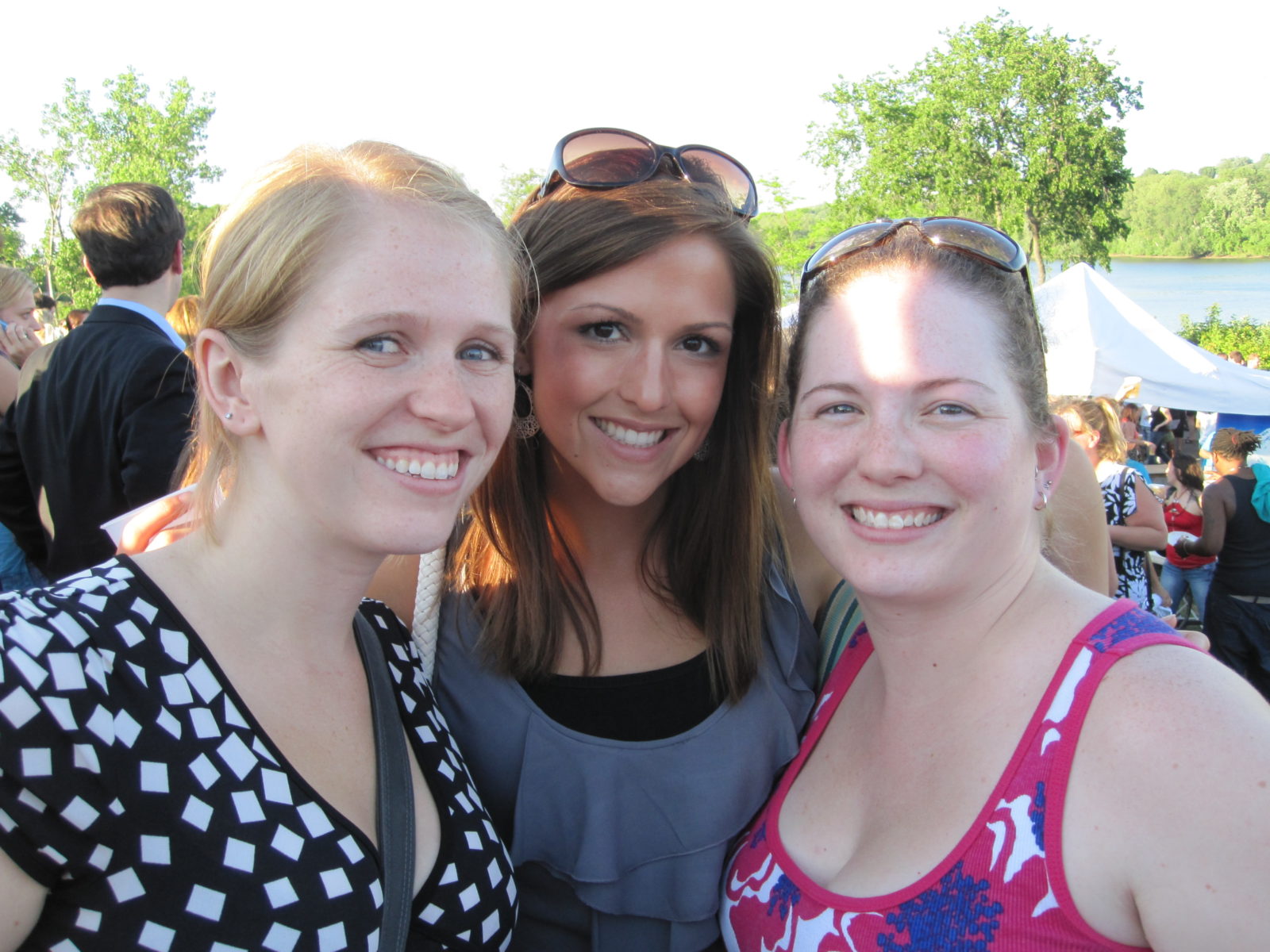 While we were there, I enjoyed a couple tasty beverages.  Hot weather + Cold bevvies = :-D 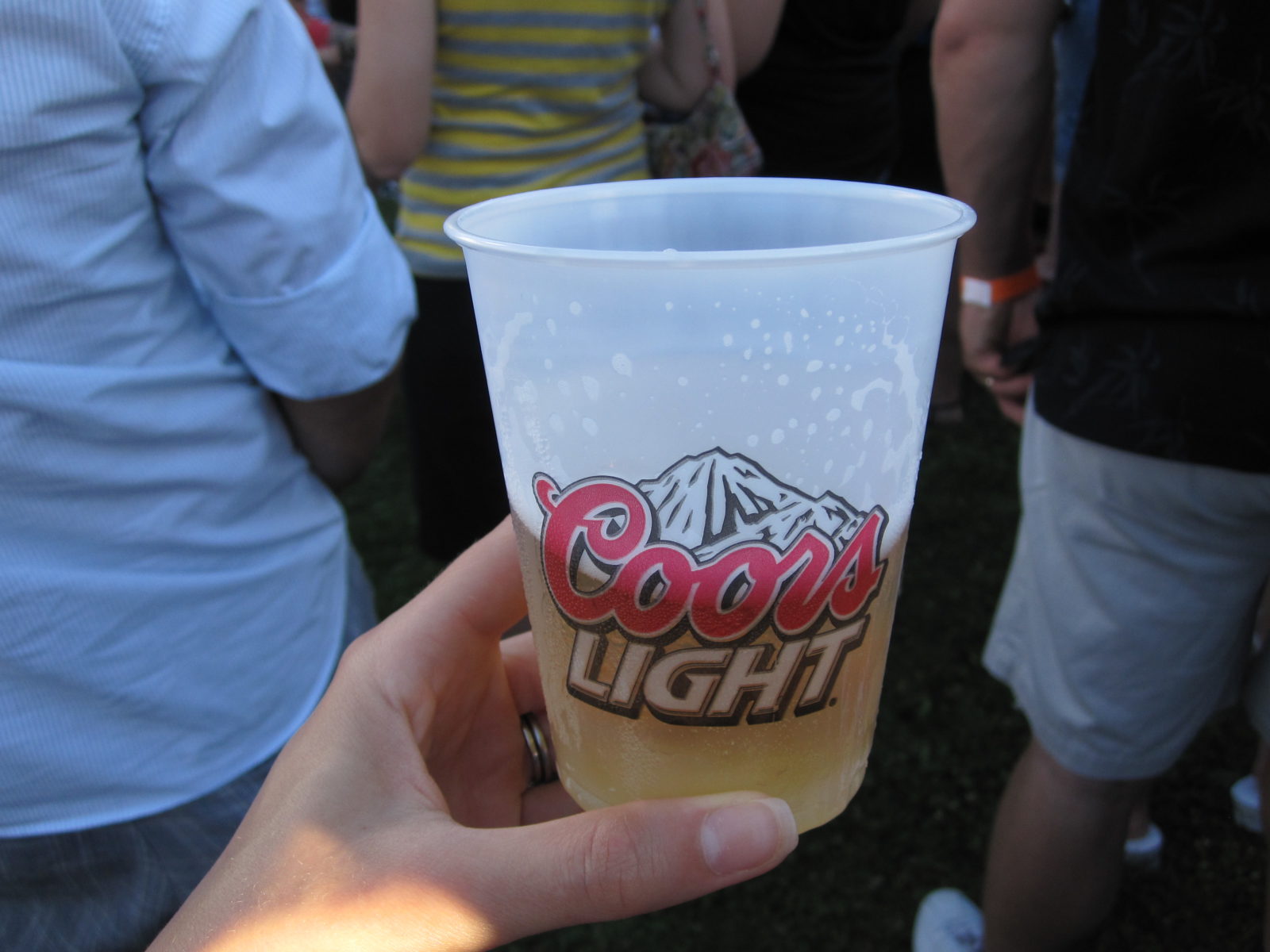 With the massive crowds that turned out tonight, we actually didn’t even get a chance to see the stage until about the last 15 minutes of the concert — and even then it was a struggle!  But luckily, we got to see our “Boyz” :) 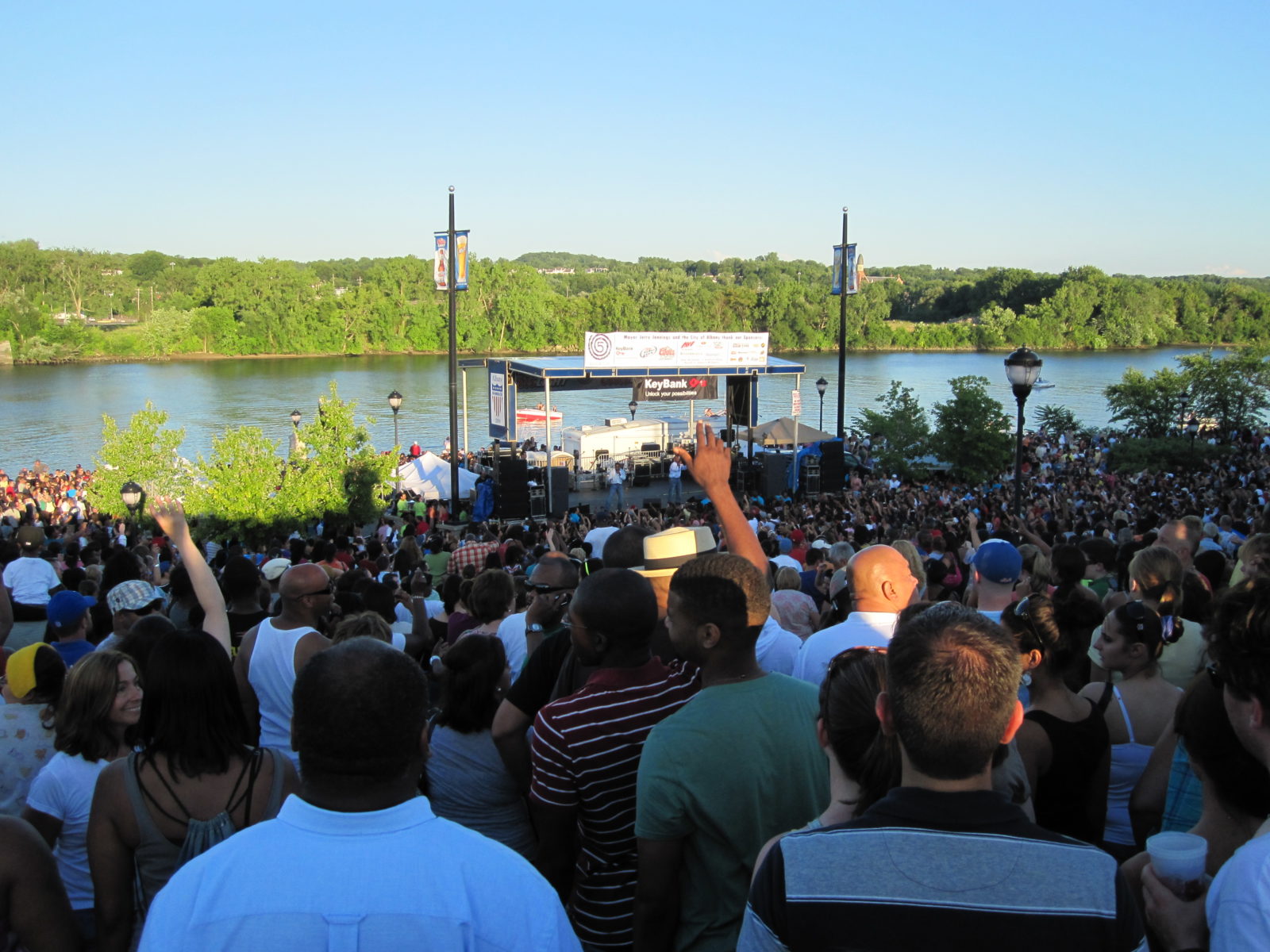 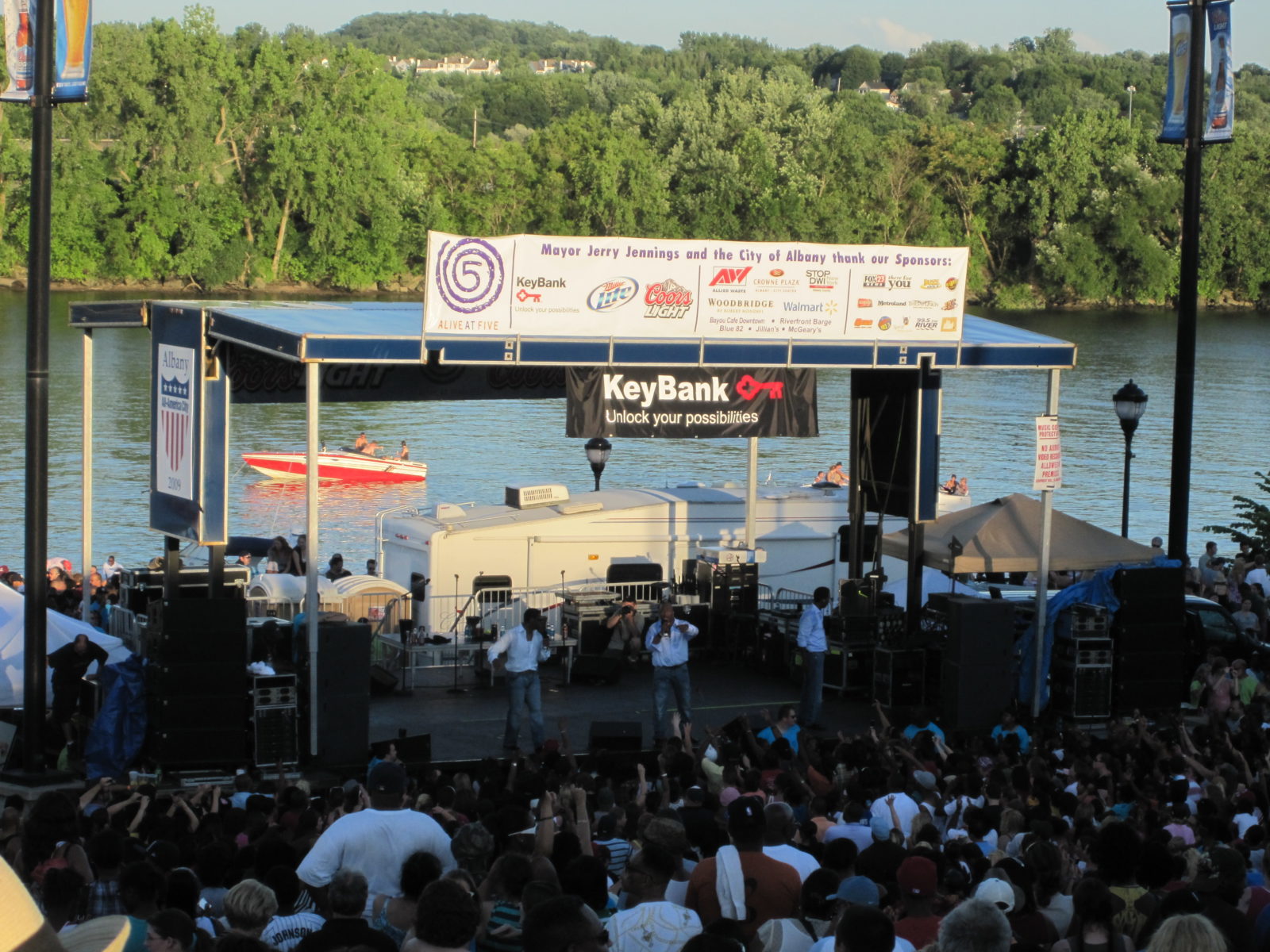 By the time the concert was over, Kate and I were both:

–Desperately in need of a bathroom

Joey was over at our house with Jay, and the 2 of them ordered some pizza, but they didn’t have a kind we wanted, so we high-tailed it to the pizza place to use el bano and get some “good pizza”…

Ahhh, soooooo much better! Finally, we were able to concentrate on some dinner, and the 2 of us left with this box full: 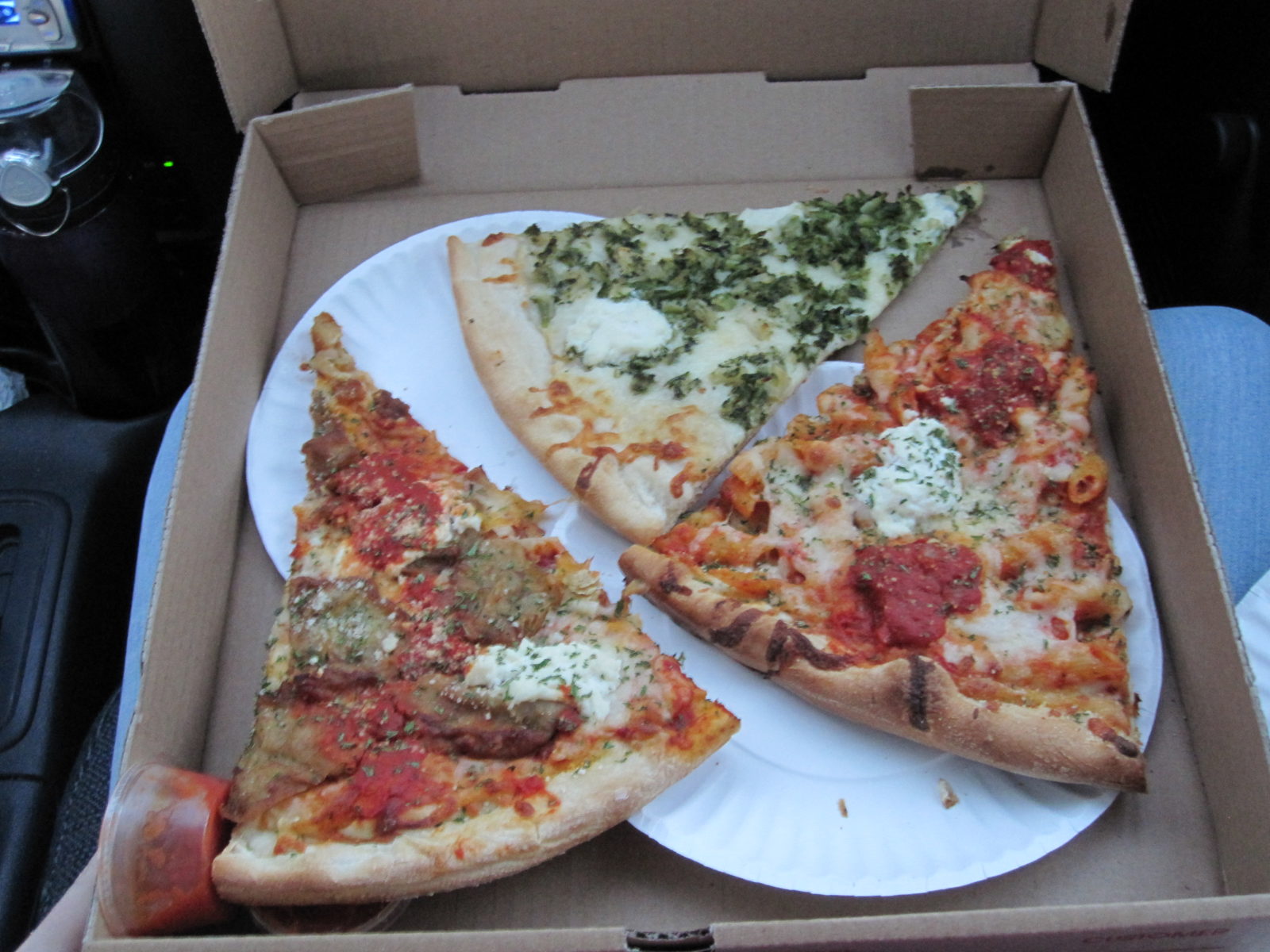 Kate ordered a baked ziti slice, I got the white broccoli, and then last minute, we spotted an eggplant parm piece that we thought could be suitable for sharing.  SO glad we found it!  It all tasted flippin’ fantastic. :mrgreen:

Shortly after dinner, I dug into my granola blondies – sorry no photo, but I’m pretty sure you guys know what they look like by now. ;)

What’s the best concert or live music event you’ve ever been to??