Well, my streak of beautiful mornings has ended… 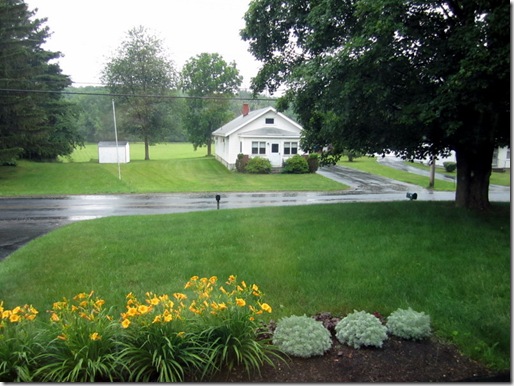 We’re back to some gloomy skies today, but hey, at least I got two days in a row, right?

Breakfast today is almost an exact replica of yesterday, so let’s just cruise right through.

Iced coffee with skim milk and a splash of creamer…which I’ve been sipping on for a while, obviously. 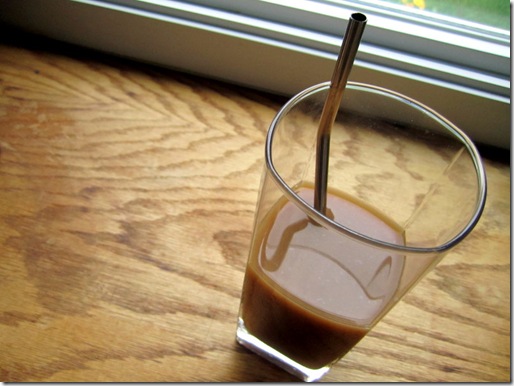 And, since I’m all out of Chobani, I did a little spin off by incorporating my new favorite granola in a cereal combo bowl. 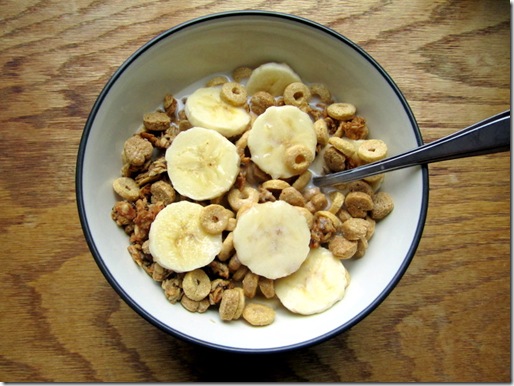 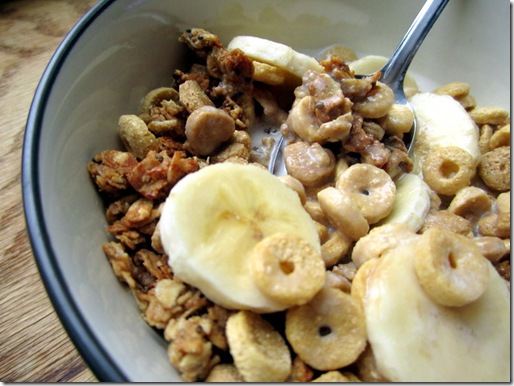 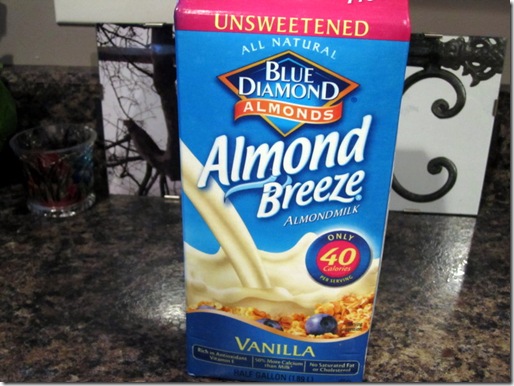 Definitely not as sweet (duh), but still tasty and full of the creaminess that I love from almond milk. 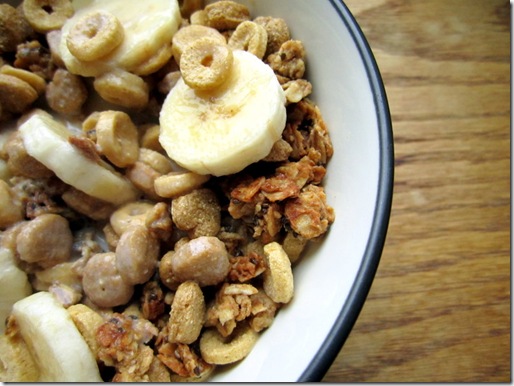 Man, I love this stuff!

I Never Had That Growing Up

Over the weekend, while Jay and I were making our long trek back up to New York from OBX, we ended up making a pit stop at a rest area. At this particular rest area, the bathrooms were fully equipped with the automatic, sensor-flushing toilets, and those xlerator hand dryers that have enough powers to make all the layers of skin on your hands ripple backwards.

By the way, have you ever seen what those dryers do if you put a face under there? If not, go try it…it’s a great laugh.

But anyways…for some reason, these “high-tech” bathroom items somehow led me to start thinking about all of the things that we’re so used to now that we never had growing up. So I started talking with Jay and my brother a little more about it last night, and here’s a list of some of the things we came up with…

This is only a very small list, but I’d love to hear what else we could add to it!

What are some things you have now that weren’t available when you were growing up?

Or maybe, it’s the other way around? Things you had growing up that aren’t around now?

« A Sigh Of Relief
A Love/Hate Relationship »