So that dinner I mentioned to you all yesterday afternoon? Amazing. 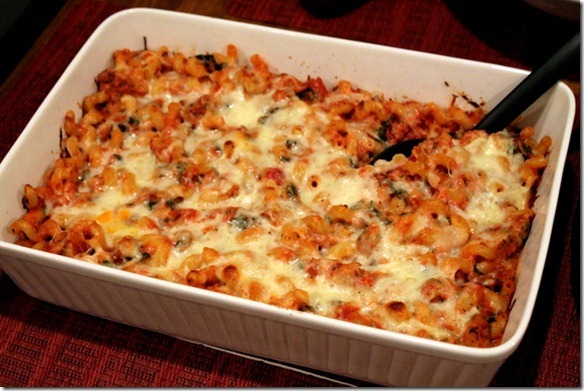 I used this recipe from Skinnytaste as a guide, but wound up making a few changes (you can see them below in red):

Since I just made a mess of that ingredient list, be sure to go check out the original recipe for all the details because it was definitely a hit for us last night!

The reason for that big dish ‘o pasta was because we were having our friends Sarah and Jeff over for dinner. We hadn’t seen them in a couple of weeks, but we still had plenty to catch up on. So shortly after they arrived, dinner was served…TV tray style, because that’s just how we do. 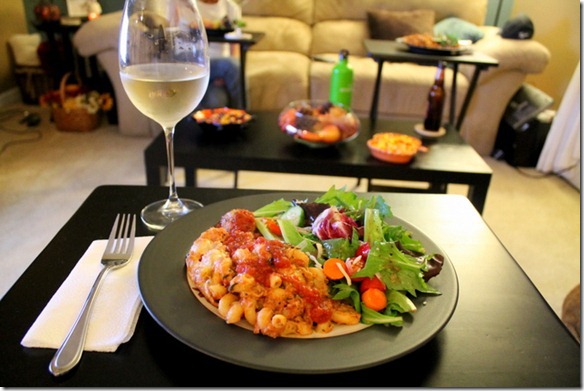 I had a glass of pinot grigio with dinner, which included a generous helping of pasta and some of a fresh garden salad that I put together. 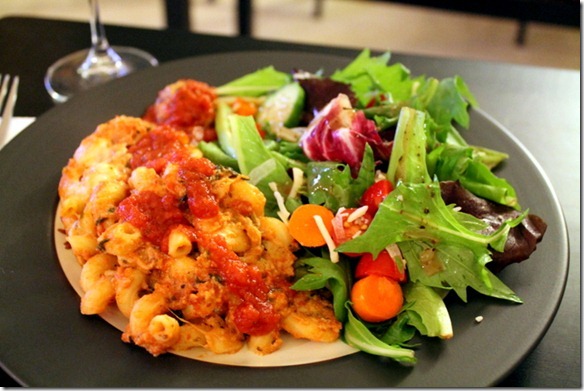 The salad was good, but it didn’t hold a candle to the cheesy, delicious pasta. 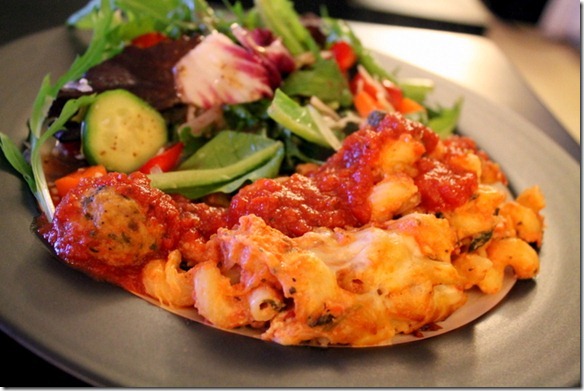 I also wound up with four leftover meatballs after making the pasta dish, so everyone got their own mini meatball with dinner, too.

During dinner, we wound up breaking for a quick champagne toast…why is that you ask?? 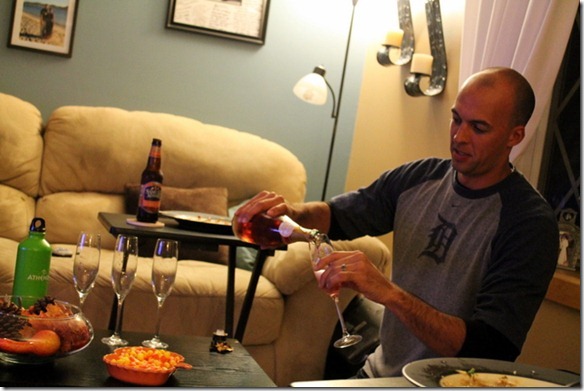 Well, do you see the shirt that Jeff is wearing right there? Yes, he is a ginormous Tigers fan, so once the last out of the Tigers/Yankees game was made in last night’s game, he had that champagne popped open like it was nobody’s business.

“Cheers! I’m not really a Tigers fan, but I will be for champagne!” 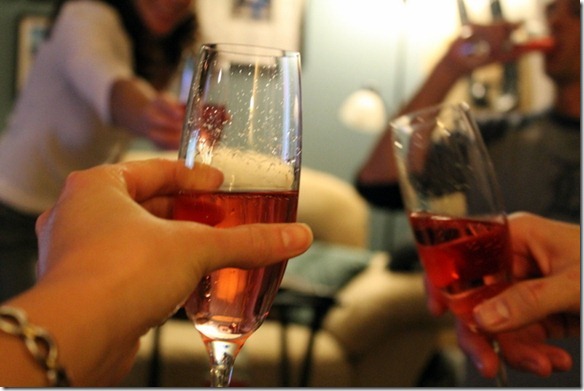 A couple of hours later, we also had some dessert, courtesy of Sarah. 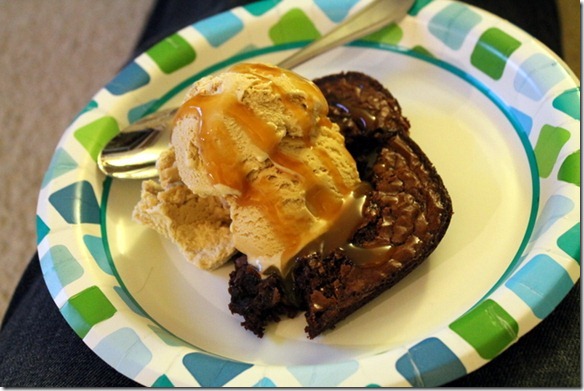 Caramel turtle brownies (an edge piece for me, of course!) and Stewart’s ice cream (Crumbs Along the Mohawk, to be exact – soooo good). Heavenly, I’ll tell ya. Just heavenly.

We eventually said out goodbyes and called it a night, and so now here we are once again for breakfast. Hey, check it out…no waffles! 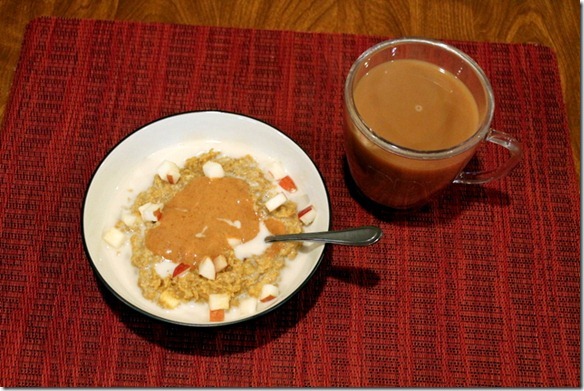 That’s actually only because I ran out though, soooo…

I made a batch of Pumpkin Custard Oats but apparently used less liquid than usual because they were pretty sticky. Rather than keep adding it to the oats, I just poured some extra almond milk over the top. I don’t do this often, but I really should. 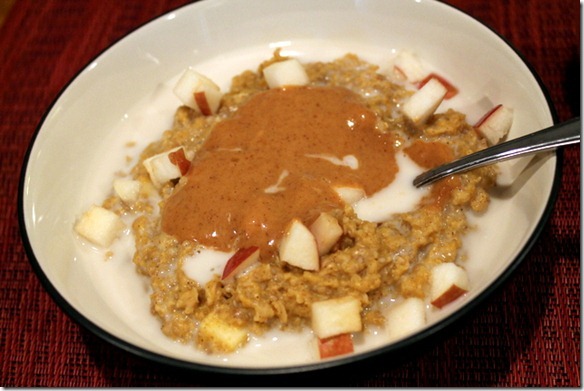 I topped my oats with some diced apple and a serving of an old favorite – honey cinnamon peanut butter. I’ve had a jar of PB2 in the cupboard for months now from my last iHerb.com order, so I figured I’d open it up and give it some lovin’.

FYI: iHerb.com (<—affiliate link) has a couple different offers going on right now if you use my coupon code SAZ564…

Man, I don’t know what the weather’s like where you are today, but it is just downright dark, dreary, and rainy this morning (aka, perfect weather for wanting to curl up under a blanket and do nothing but watch movies). Ehh…too bad I’ve got work to doooo.

Are you a baseball fan? Will you be watching the World Series?

(I stopped paying attention to baseball a while ago – too hard to keep up. If I had to pick a team, I’d be ashamed to say it’s the Mets. You most likely will not catch me watching the World Series this year…unless we’re with Jeff and he has more champagne)

« Frugal, Yes. Dangerous, Definitely.
No Matter How Ya Spread It »