You know those days where you have something to do and you figure, ahhh alright, I’ll be back in a few hours? No big deal, so you don’t worry about leaving the outside lights on or making sure your cat’s food bowl is filled.

Yep, I had one of those days today. But not in a bad way, by any means! In fact, it was quite a fun day, filled with good food and great family. 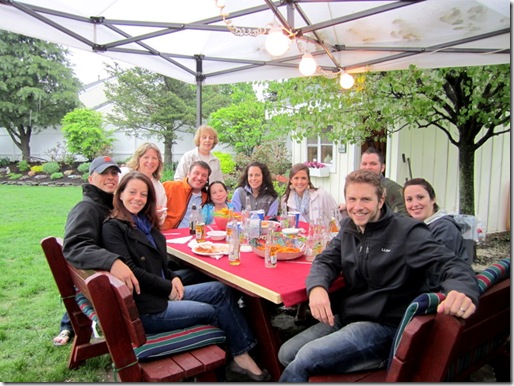 Jay’s cousin just graduated from high school, so we headed over there this afternoon for his graduation party. Immediately upon our arrival, we were greeted with rainy weather, snacks and beer. I’ll take the latter over the rain any day. 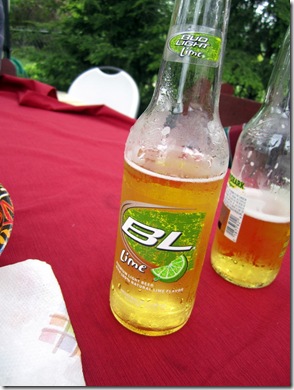 You see that pile of cauliflower there? Yep…I dominated that. Halleluiah for being the only one at the table who liked the fluffy white florets. Mmmm mmmmm. 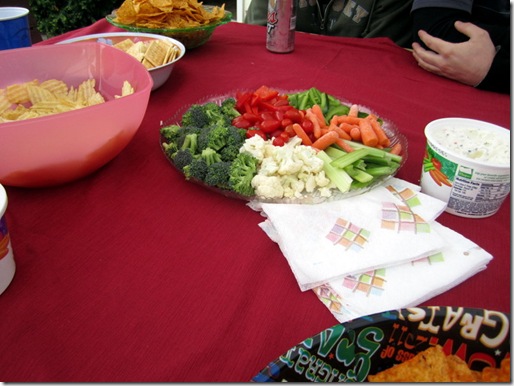 Luckily, we nabbed a spot under a tent, so our little group had a great time out of the rain, chatting, cracking jokes, arguing about golf handicaps, and admiring “the sweater.” 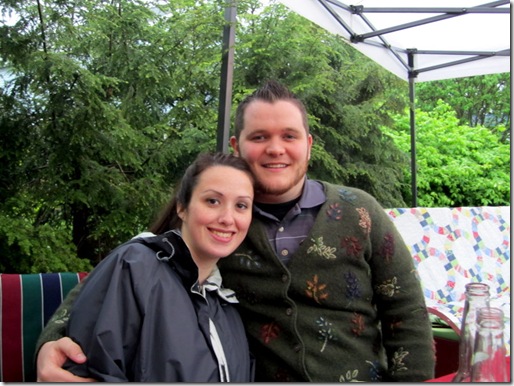 Yes, please take note of the sweater that Mike here is wearing. Since it was a little chillier than most of us anticipated, extra warm clothing was provided for the unprepared. While the sweater made its way to a few people, I believe that Mike definitely wore it best, so I had to be sure to nab a picture of him and his fiancé, Denise. He was actually quite excited to make his “first appearance on the blog,” even though I had to remind him that this already happened.

It’s always so fun to be around good company like Sarah & Jeff, too. 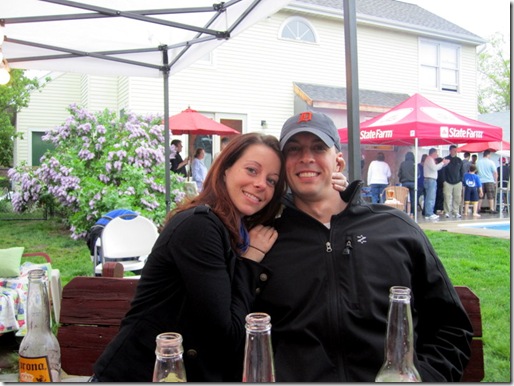 Eventually, dinner was served…and I was not one to be shy! 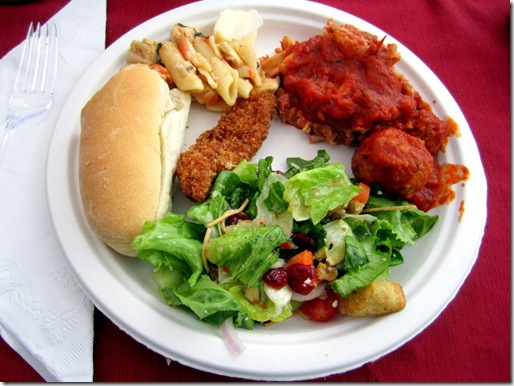 I loaded my plate up with goods and ate every single thing you see here, minus the chicken tender-thingy. It got a little cold by the time I got to the food. 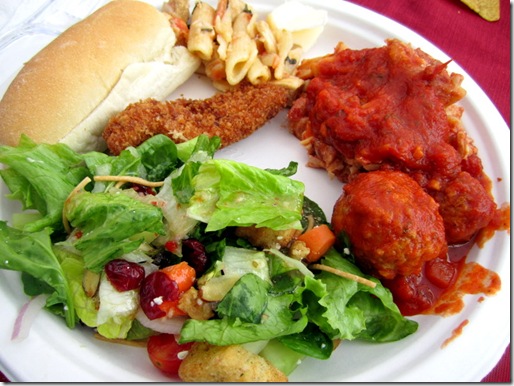 A couple more hours of chatting and laughing passed by, and I was then presented with a new adult beverage. I know there was vodka and cranberry juice involved…and I know it was tasty. 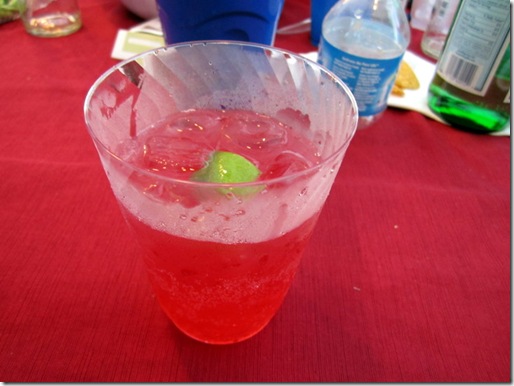 BUT…it was not quite as tasty as the dessert that was soon to follow! 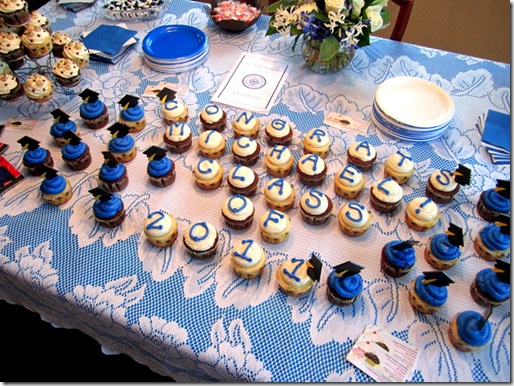 Her name starts with a “C” and it rhymes with “ourtney.” 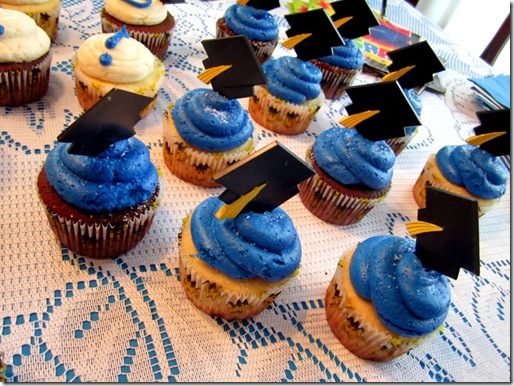 I was honored to be asked to make the cupcakes for today’s graduation party, and they appeared to be a pretty big hit. In addition to a special batch of my favorite Chocolate Chip Cookie Dough Cupcakes, 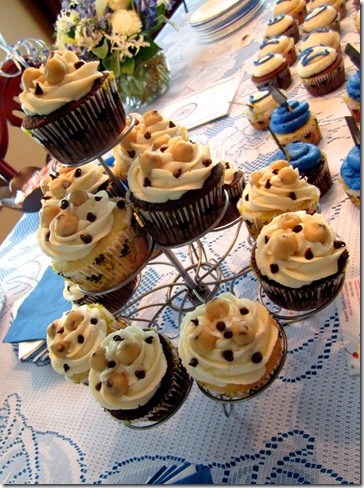 I also made a mix of vanilla and chocolate cupcakes with vanilla buttercream; the ones with the white frosting even had a little surprise inside. 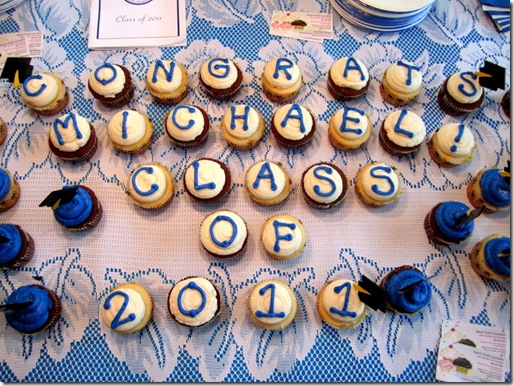 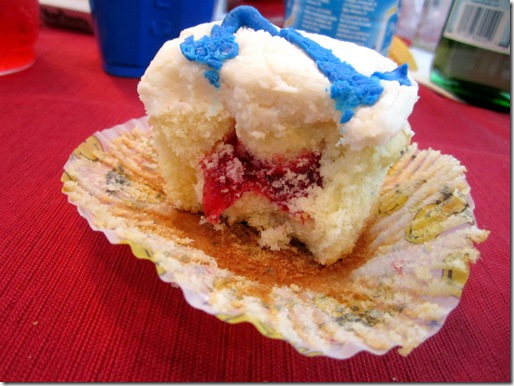 I was pretty pleased with the way they came out. So much so, in fact, that I went back for a second one. Hey, don’t judge…I’m the baker. 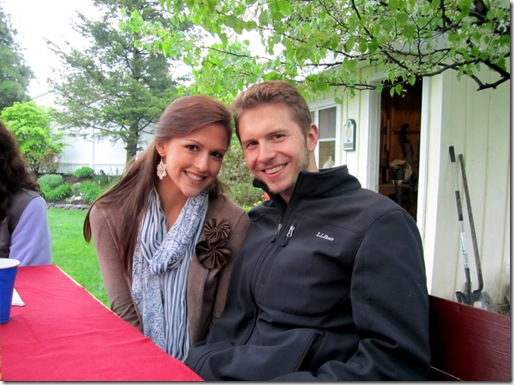 Overall, it was a great day, but now I’m actually feeling pretty pooped, so it’s gonna be bedtime for this gal pretty soon.

Before signing off for the night, I have two things…

First, I’d just like to say a big HELLO & WELCOME to all of the new readers who stopped by today! I’m so glad that you did, and hope to continue to see you stick around. I promise, we have fun around here.

And second, congratulations to the winner of my Belgian Chocolates Giveaway… 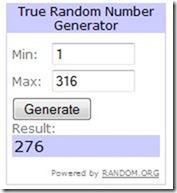 Congrats, girl! Make sure to email me with your shipping info to sweettoothcourtney[@]gmail[.]com.