Can you believe that I have been up since 6:30 this morning?? :shock:

And that’s without an alarm!

I mean, I know we got our extra hour of sleep last night and all, but waking up that early, without an alarm, is practically unheard of for me! So rather than attempting to force myself back to sleep, I rolled out of bed and took advantage of the early morning hours by catching up on some housework and paying some bills. I was quite productive, and all before 8am. ;)

After brewing up some coffee and lounging on the couch with my mug-o-joe and catching up on some magazine reading, the morning got even BETTER when hubby asked if I’d like him to cook breakfast…

Seriously? Who kidnapped my husband and sent you here?? 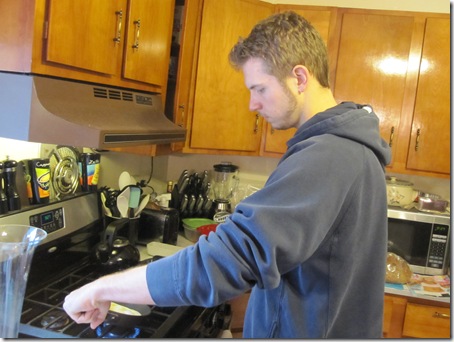 Actually, breakfast is the one thing thing that Jay doesn’t mind cooking…especially omelets. He is one heck of an omelet-maker! I think he must secretly be watching me when I prep in the kitchen, because I was rather impressed with I saw his prep station: 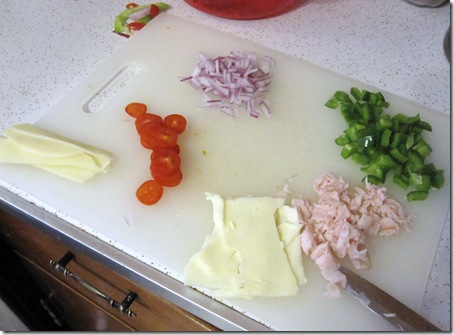 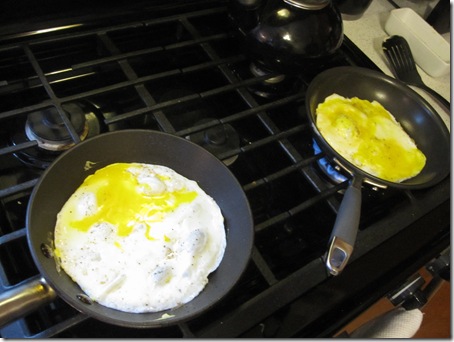 I “ordered” a 1 egg + 2 egg white veggie omelet, complete with a side of whole wheat toast. 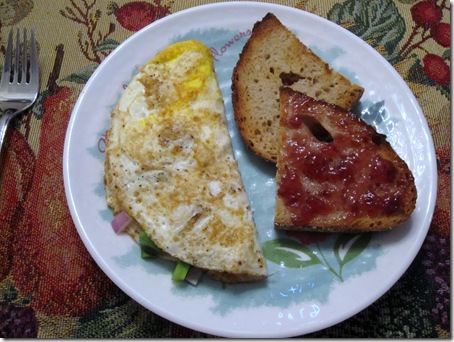 The toast was from the loaf that I picked up yesterday at the Farmer’s Market. It’s delish with a little raspberry jam. :-P 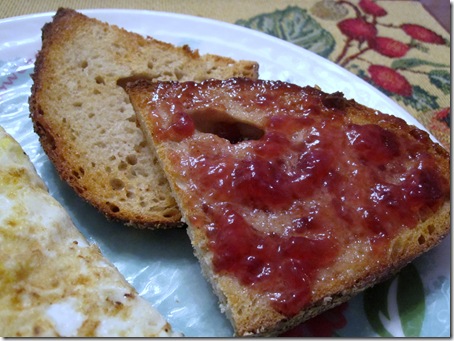 My omelet included a mix of green peppers, onions, and tomatoes, along with a little provolone cheese. 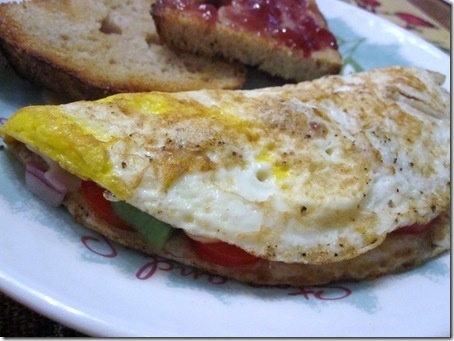 One advantage to enjoying omelets at home is that you get to control the amount of cheese! I really do enjoy having cheese in my omelets, but I never order it when I go out. There’s something about the 37 slices worth that they usually seem to put in at restaurants that turns my stomach. BLEH! :shock: 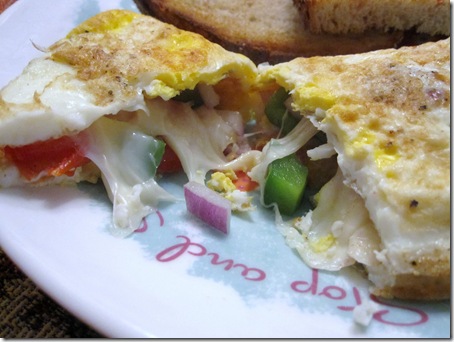 But not today! This baby was perfection. Thanks, Jay! :-D

Since hubby cooked up a delicious breakfast, I offered to take care of the clean up. Nice idea, right? 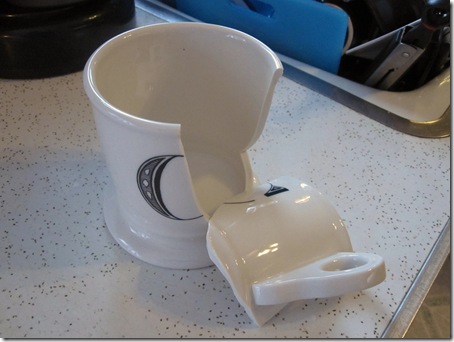 Grrrrrr!! My damn porcelain sink! I can’t tell you how many dishes I’ve broken in this thing. I was not a happy camper…

but luckily I had this guy right around the corner that quickly lifted my spirits. :) 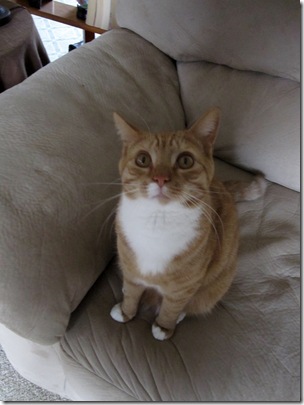 Cody wanted me to tell you all that he says “Good Meowwworning” and that he hopes you have a fantastic Sunday!

Do you ever feel a difference with Daylight Savings Time?

What you rather do: The cooking or the cleaning? ;)