Awesome, awesome dinner was had in the Horan household last night. 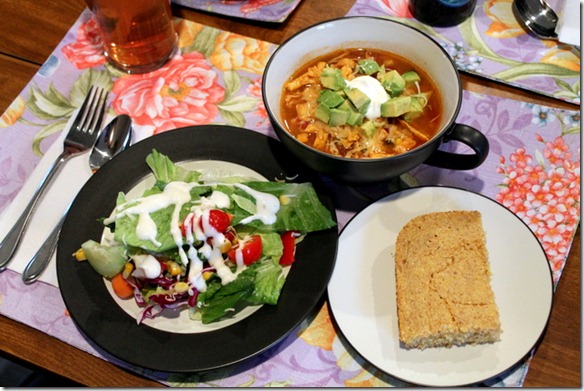 And we even had good company to share it with too, thanks to our pals Sarah and Jeff coming over for the evening. As lazy as I feel like I’ve been when it comes to dinners lately, I actually enjoyed taking the effort to actually use all of our real dishes and actually attempting to make things look nice. Sarah even said I’m fancy. ;)

To start, I made a biiiiiig, colorful salad, filled with lettuce, cucumbers, grape tomatoes, carrots, onions, some shredded Mexican cheese, and sweet corn. 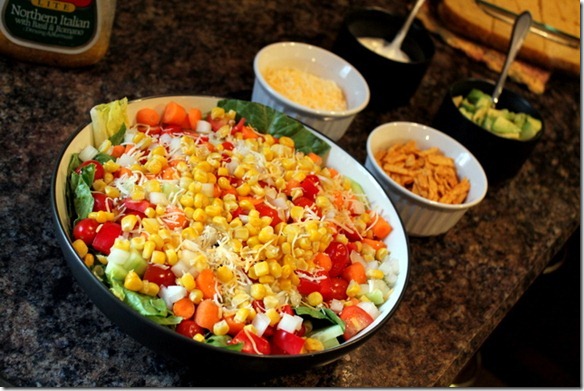 What was meant to be just a simple side dish wound up turning out super pretty and super delicious. 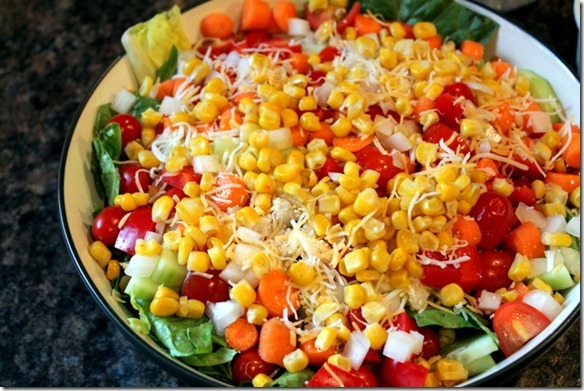 For our main course, we had slow-cooker chicken tortilla soup (I used this recipe and followed it almost exactly). Thanks to some prep work that I did on Sunday, this dish was all set and ready to go…all I had to do was toss it in a pot on the stove and let it reheat. AND, thanks to it being able to sit for a few days, it had some incredible flavor. I would HIGHLY recommend it. 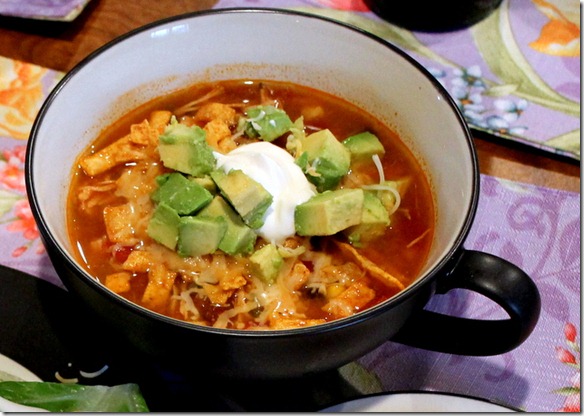 I decided I’d also do a little bit of a toppings bar for the evening, which could be used for soup or salad. I included some cheese, diced avocado, sour cream, and tortilla strips…all of which made it into my soup. ;) 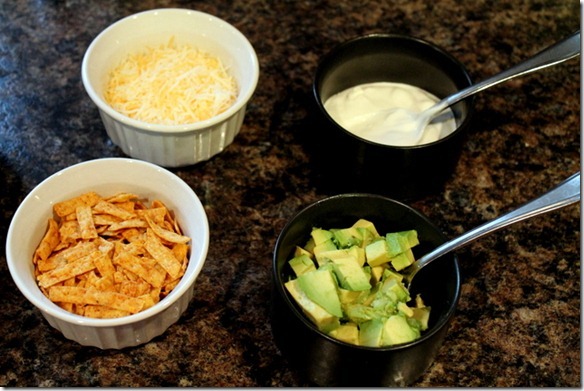 I also cooked up a batch of cornbread, but it wasn’t as good as my usual stuff. I ended up using a box mix that I had on hand, and while it wasn’t baaaaad, it wasn’t my favorite. 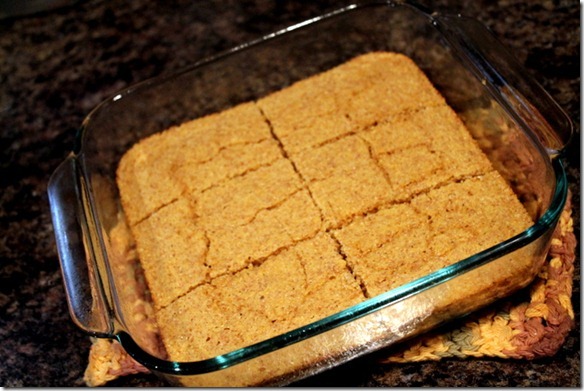 NOW, tell me…have any of you ever seen this show?! Jay and I had seen it before because our friends Joe & Kate introduced us to it a while back, but I just can’t handle it. The show is just…I have no words. Crazy? Amusing? Odd? Jeff, however, was getting downright giddy talking about it at dinner, so we turned it on for a little while to see what was happening. Ohhh emmmm geeee.

We also had some dessert after dinner (courtesy of Jeff!) but I didn’t wind up taking any photos. It was, however, a super tasty chocolate pudding pie in a graham cracker crust…I must say, I was quite impressed!

Definitely a fun night had by all. Then again, it’s always a blast when we’re with those two. :)