March 1st already. Seriously? I still can’t believe it. I don’t know about any of you guys, but the month of February absolutely FLEW by for me. Sheesh! Where does the time go?

All I know is that it means we’re just one step closer to getting to spring, despite the fact that it currently looks like this outside. 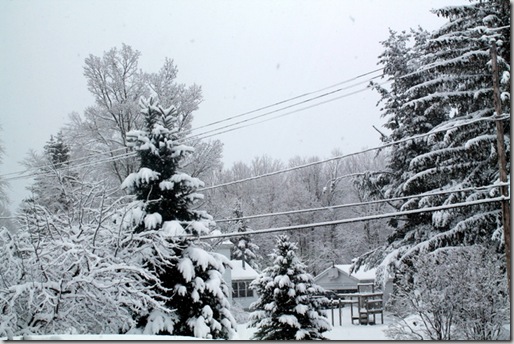 But you know what? I’m not even going to complain (I know, shocker, right?) because it’s just so darn beautiful this morning. We’ll see how I feel in a few hours when I have to go out and shovel it all off of my car.

Last night, I was on my own for dinner which was perfectly fine because I really wasn’t in the mood for anything crazy. Our veggie drawer is still packed from Sunday’s grocery trip, so I made an attempt to create somewhat of a dent in it. 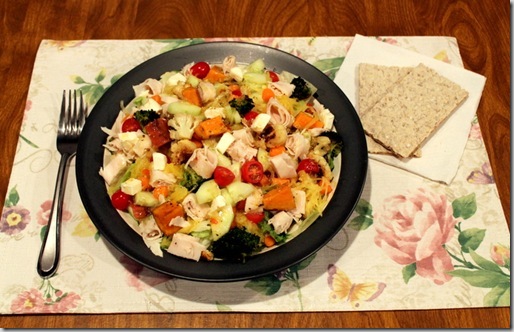 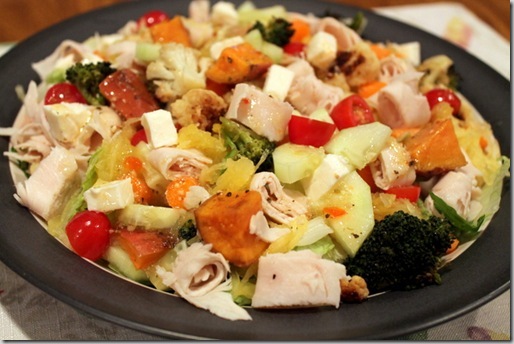 I also had a couple rye-flavored Wasa crackers on the side, which I actually ended up crumbling right into the salad for some makeshift croutons…at least that’s what I told myself. 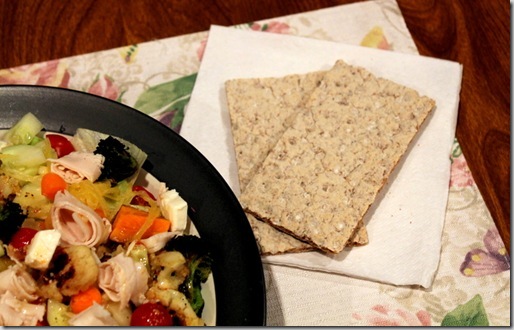 I woke up this morning ready for breakfast. Not sure on a workout yet for today…I did end up doing my High Intensity Circuit Workout yesterday and, well, it basically killed me, just a little. I knew it had been a while since I last did it, but good lord was it hard! Plus, it didn’t help that I was still sore from Monday’s workout…which I’ll be sharing with you guys later today! 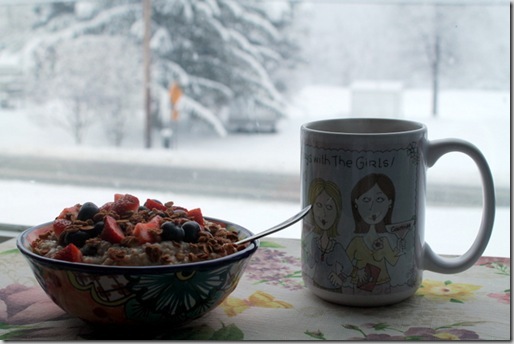 Nothing like a warm bowl of oats and a hot cup of coffee on a cold, snowy morning, right? 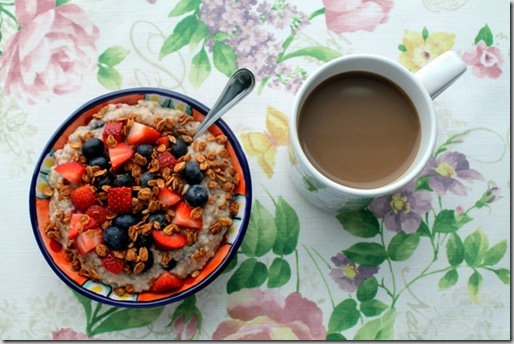 Today’s bowl of choice was my Mixed Berry French Toast Oatmeal, which was stuffed with tons of fresh strawberries and blueberries. Definitely lots of volume happenin’ today. 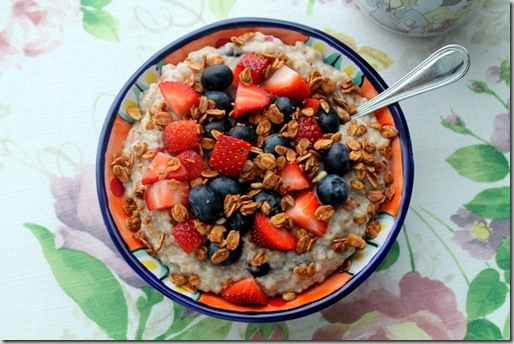 The oats also got a sprinkle of Love. 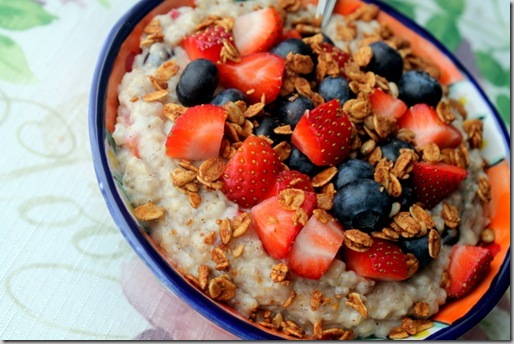 Today is a day off of work for me, and I’m really hoping the snow slows up a bit because I still have to trek out in it later so I can go redeem THIS little gem… 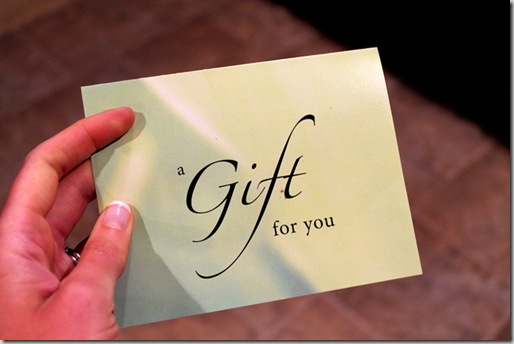 Oh baby, am I excited. Time for a little pampering!

If you had to choose, what’s your favorite way to get pampered? A massage? Facial? Mani-Pedi? Breakfast in bed?

I love me ALL of the above (although I’ve never had breakfast in bed, unless you count my mom bringing me dry toast while sick with a stomach bug when I was younger) but I also REALLY love scalp massages. They are soooo relaxing!

« Help Us Adopt A Classroom
Feel The Burn Circuit Workout »