As I was buzzing around this morning throwing myself into a tizzy, I realized that there’s actually a couple things that I have been meaning to mention to you guys but just haven’t gotten around to it.

First up…why am I in a tizzy and why did I mention this morning that I was packing?

My flight for Baltimore departs at 6am tomorrow morning (the super early flights always seem like such a great idea at the time…), which Jay is mighty excited to get up and drop me off at the airport for. What a guy.

This will be my first time attending FitBloggin’, but since I love networking and meeting new people like I did at last year’s HLS, then I’m sure it’s bound to be a blast.

I also must include, and I’m not ashamed to say, that my wonderful mom & dad helped sponsor part of my traveling expenses for this weekend’s trip. Don’t worry, we all made out pretty well in the deal.

Now since I’m almost done packing (finally…) I’ll just have to remind myself to relax, have fun, and not worry about doing everything and meeting everyone…but on the other hand, I really do want to meet as many peeps as possible, so if ya see me…come say hi! 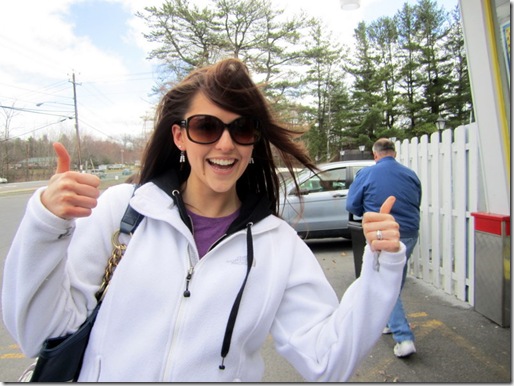 The other thing I forgot to mention to you guys…I recently added a “Blog Love” tab along the top of the page! As the page says, it’s still a total work in progress, so if there’s something super important I left out, make sure ya let me know, mmmk?

Mid-morning, I whipped up a batch of my favorite traveling snack: trail mix. I ended up having quite a few handfuls of the stuff. 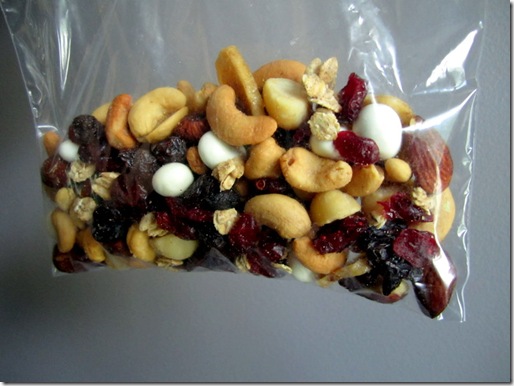 If it wasn’t for the fact that lunch was right around the corner, I quite possibly would have finished off half the mix. Yikes. 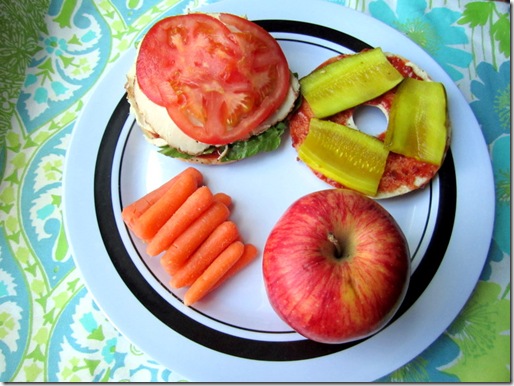 For lunch, I put together a sandwich using an Everything Thomas’ Bagel Thin, a couple slices of deli chicken, lettuce, tomatoes, pickles, and cranberry honey mustard. 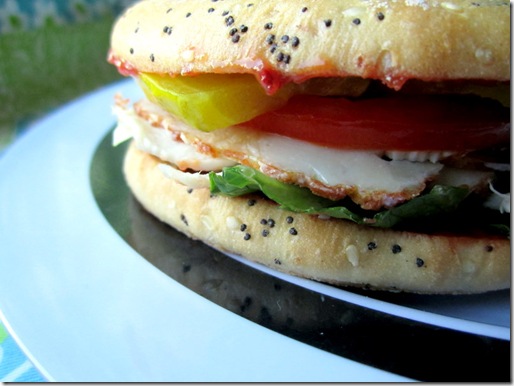 My favorite part of the sandwich? Definitely the bread and butter pickles. So so good! 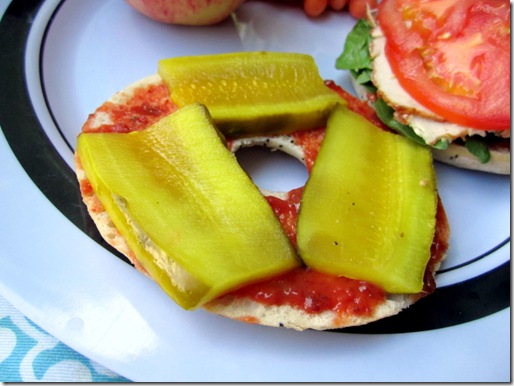 On the side, I had some baby carrots and had originally planned on the apple, too, but I decided to save it for a little bit later. 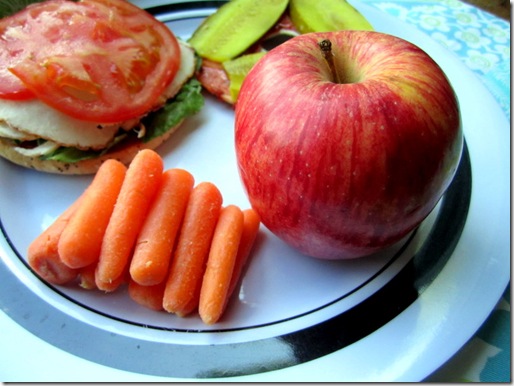 Which will probably go right along with the iced coffee I have waiting for me in the fridge. Addicted? Yes, maybe.

Have you ever attended a big conference/networking event? What are your favorite and least favorite parts?