Now, I know many of you had questions, and I have lots to share, so here’s some Q&A’s for you. Enjoy!!

Will you find out the sex? You betcha! And I still haven’t decided on whether or not I’m going to stick with the Baby Tooth theme again or not this time.

Any names? I’ve had a couple of girls names picked out for a while now, but boy names are tough. We had a hard time picking out Lucas’s!

Were you trying long? After having our miscarriage and d&c procedure in July, we were told to wait a month before trying again. We tried again in August, with no luck, but were blessed enough to have things work out in September.

Any Ultrasounds? Yes! They had me come in for an early ultrasound at about 6-1/2 weeks, considering what had happened with my prior miscarriage. But all checked out great. Then we had our second, 12 week appointment, last Friday. I published that post once we saw that everything was good at the appointment. 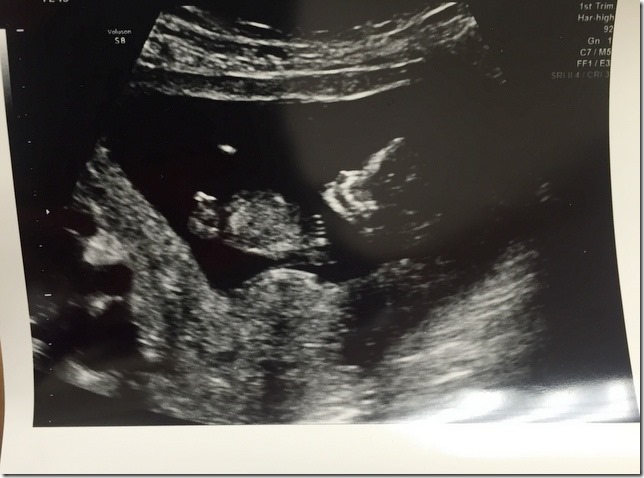 Have you heard the heart beat? Yes, and it’s the most beautiful sound ever.

Who do you think it will look like? Well, considering Lucas looks just like his daddy…I’m hoping our second will at least take on some of my traits! 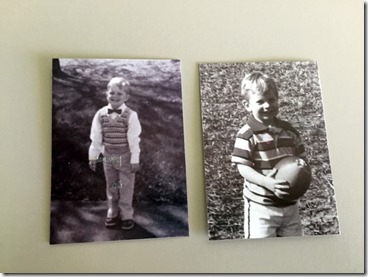 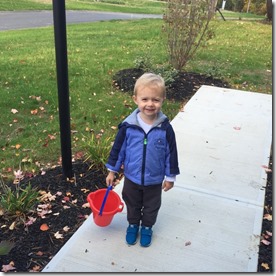 Have you felt the baby move? Not yet…pretty sure it’s gas bubbles.

How did you find out you were pregnant? I was sitting at work and started thinking that I was curious enough to want to take a pregnancy test. So I went home on my lunch hour and it was faintly positive. I took about 6 more tests in the days after that, and at one point, I actually thought I was having a chemical pregnancy because two of the tests were barely showing a positive line. I’m not sure if they were old tests or me just being overly paranoid and nervous, but the next couple were fine.

What were your 1st symptoms? Sore boobs, for sure. And some light cramping.

Was your baby planned? Absolutely

How far were you when you found out? I was still about a day away from when I expected to get my period so, not far at all.

How did your parents/family react? Thrilled, of course! My parents said they weren’t surprised because they said when they saw this picture of me, from when we had our friends Joe & Kate over, they saw I wasn’t drinking beer. But, actually, we didn’t even tell Joe and Kate at that point…they thought I was drinking mixed drinks, but it was just plain ol’ Sierra Mist. ;) 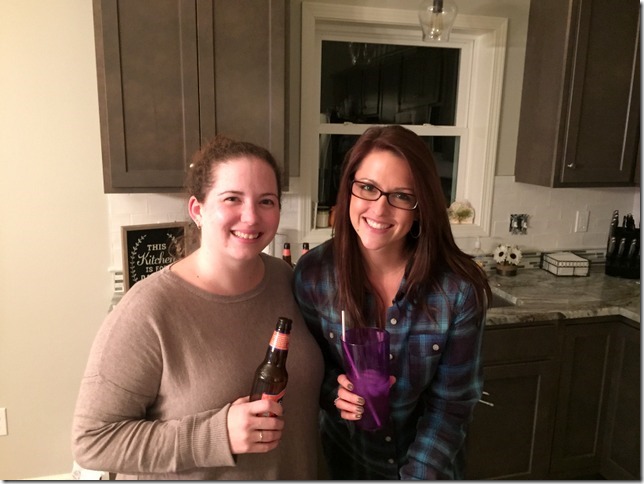 How do you feel? I feel incredibly lucky to be able to experience another pregnancy, but if I’m being honest, I’m also feeling like crap. I’m just gonna throw that one out there and not sugarcoat it. Starting at about 6 weeks, I started to experience just about every pregnancy symptom in the book. Nausea, heartburn, indigestion, constipation, headaches, dizziness…it was all there. And it’s basically all stuck with me for the past 6 weeks. Some days are worse than others, and while I haven’t gotten physically sick (knock on wood!), there have been a few times where it’s been close. It’s totally different this time around, because I can’t just come home and lay down on the couch thanks to this busy guy! 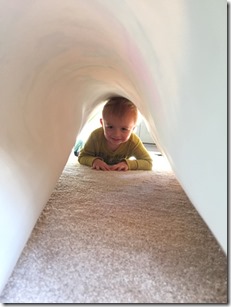 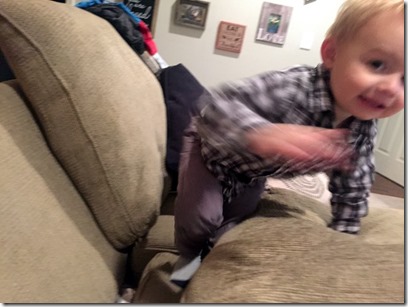 Do you have morning sickness? Morning nausea? Yes. Yes I do.

Do you have any cravings? Yes. All the carbs. And lately, donuts and cinnamon buns have been at the top of my list. I want all the desserts, fruit snacks, gummy candy, and lemonade. Mmmm, lots of lemonade. 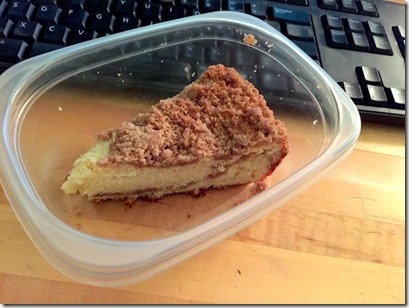 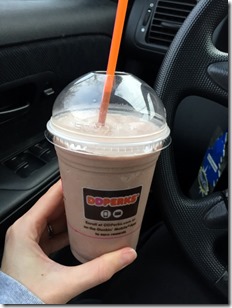 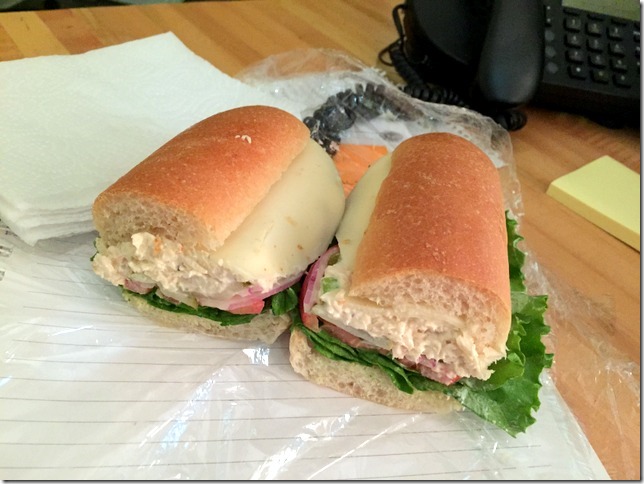 Do you have any food aversions? Yes. Coffee…sigh. I’ve attempted a few iced ones here and there but I just couldn’t do it. 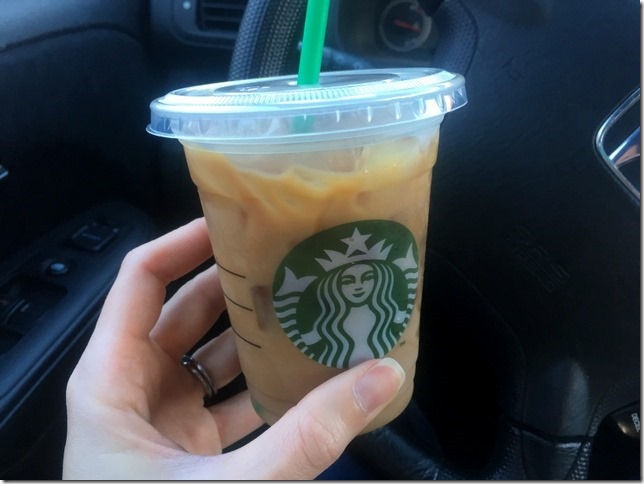 Hot coffee still makes me gag just typing it…actually, most hot beverages do. Regular, grilled chicken hasn’t sounded all that great (unless it’s rotisserie in salads, then it’s okay), nor has any type of fish. (Jay actually requested tilapia tacos last week and while I bought the tilapia, I couldn’t cook it and we wound up throwing it away…).

Do you have any mood swings? Yes. I attribute a lot of this to the stress of things going on with Jay’s dad, but I’ve definitely noticed that I appear to be a bit moodier this time around than last. When we first found out about our great news, it was also in that same week that we found out about my father in law being sick. I’m pretty sure that for the first 1-2 weeks of finding out we really didn’t even talk about the pregnancy because everything all just seemed so surreal. I’ve also found myself getting emotional and frustrated a couple of times with how crappy I’ve been feeling, and wanting to just feel like myself again. I have noticed a little difference in the past few days though, so hopefully the first trimester yuckies are on their way out soon.

How far along are you now? 12 weeks! A part of me really wanted to share things sooner with you, but a part of me was still nervous to do so before we had our ultrasound. We had the ultrasound scheduled Friday morning, so I drafted up the post and planned on it publishing a little later, provided all went well with the appointment. Since I decided to do it last minute, I really didn’t even have any “special” pictures to share. So before we left for the appointment Friday morning, we took a few photos. 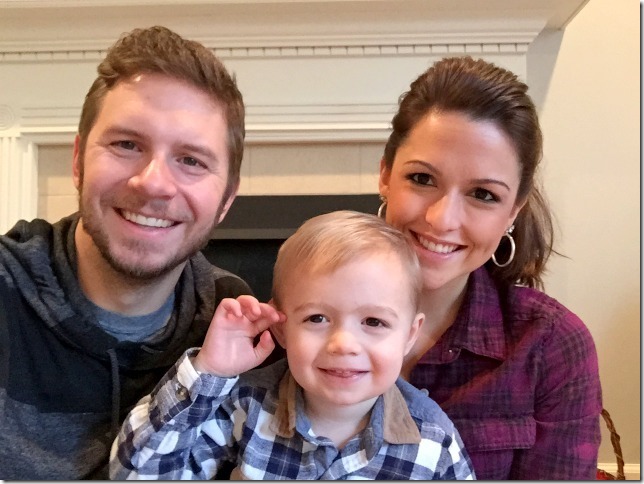 Nothing fancy or Pinterest-y, but we’re good with what we’ve got.

Are you going to document this pregnancy like you did your first one? I loved sharing my weekly pregnancy updates with you all the first time around (and I’ve heard from so many of you who love to still look back on them now!), and I hope to do the same this time around, too! Considering I’ve got a bit more on my plate this time, they may wind up being more like bi-weekly…but I’ll still be sharing!

Thank you all SO MUCH for the congratulations and well wishes. I’ve read through each and every comment and email, and I wish I had the time to respond to each and every one of you. Just know that they all mean so, so much to me, and I’m excited to share this journey with you all once again! <3