Well, if you’ve been following on Instagram then you probably already know, but we are officially homeowners once again! 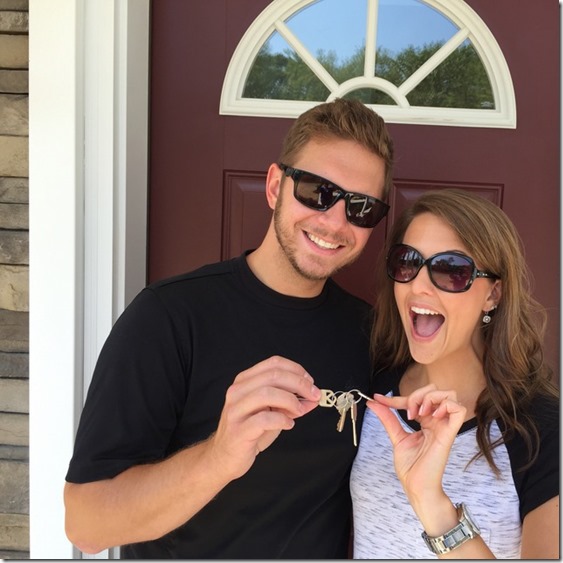 Our closing went nice and smooth, and by Friday afternoon, we were starting to move right in. Since the majority of our stuff was moving on Saturday, we really just took our time bringing a few things into the house, and also started putting some paint samples on the wall (I’ll get to that in a sec…).

It was actually Lucas’s first time at the house on Friday, so we had fun watching him explore. He already knows where most of the rooms are now, including his bedroom and mommy and daddy’s bedroom and loved showing them off to Uncle D and Carissa last night. 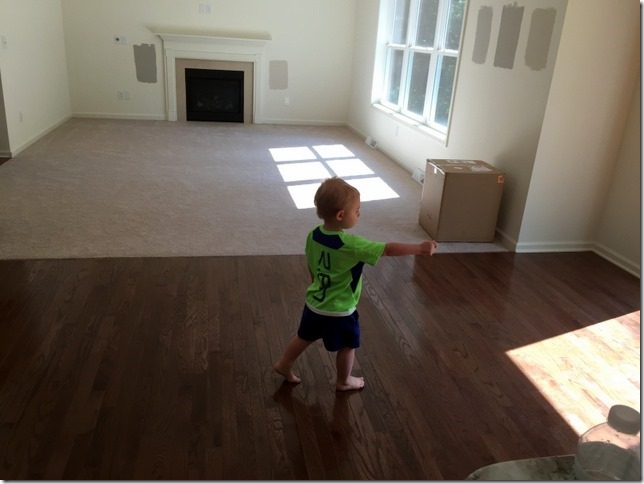 But most of all, Lucas was in his GLORY before all of the boxes came in, running around in such a big, new, empty space. 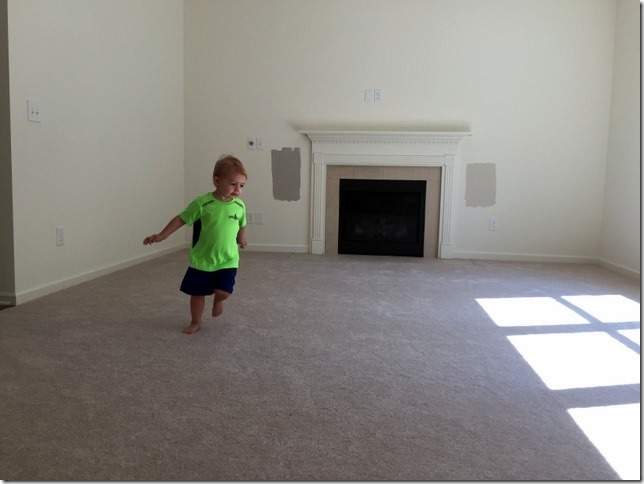 We didn’t sleep in the house Friday night, so after putting Lucas to bed at my parents’ house, we decided to go back over for some late night work…along with a little wine, of course. 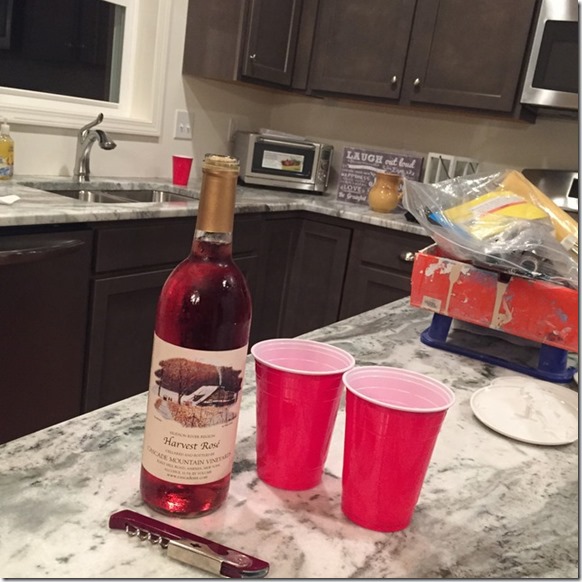 We managed to get Lucas’s ceiling fan up. 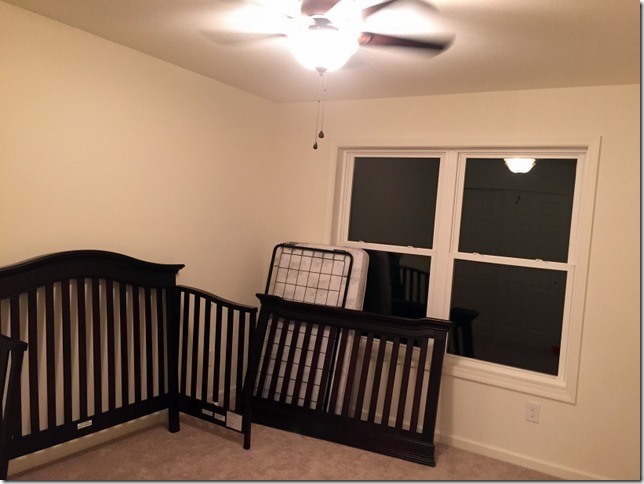 As well as his crib…and the wine certainly helped. 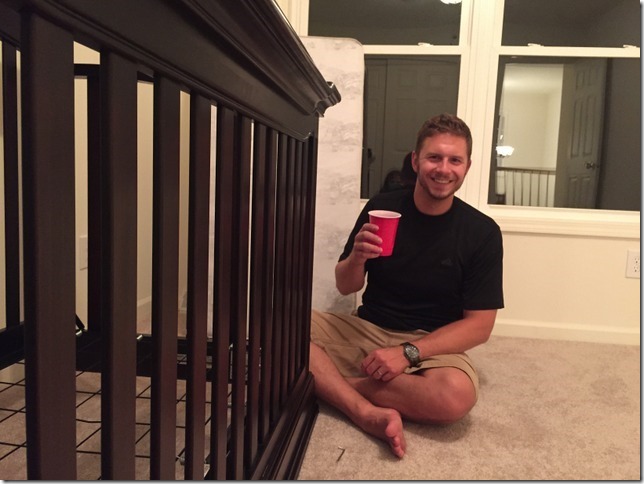 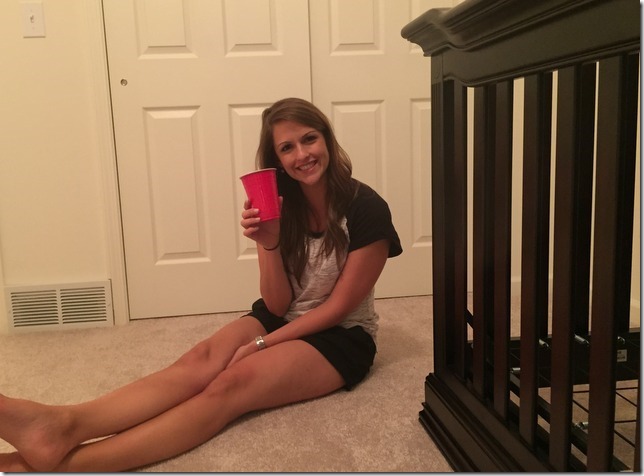 We also put up a new ceiling fan in our bedroom, too. 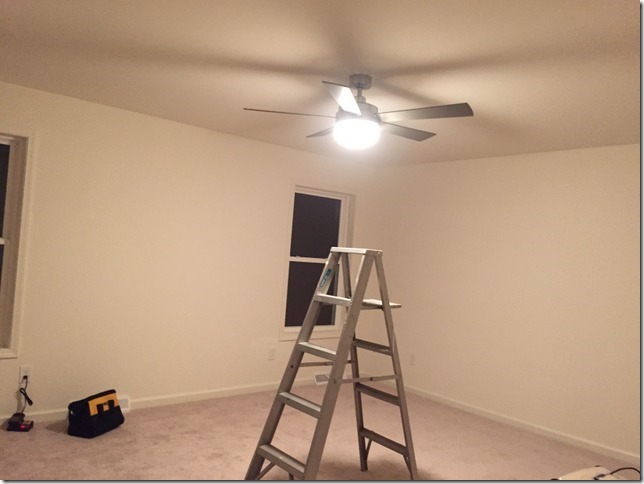 I’ll be sure to get better pictures and share more details on everything once we’re more settled!

Saturday morning was the big moving day, so my mom helped us out by bringing Lucas out to get some fuel for the movers (aka, some of our amazing cousins and parents!). 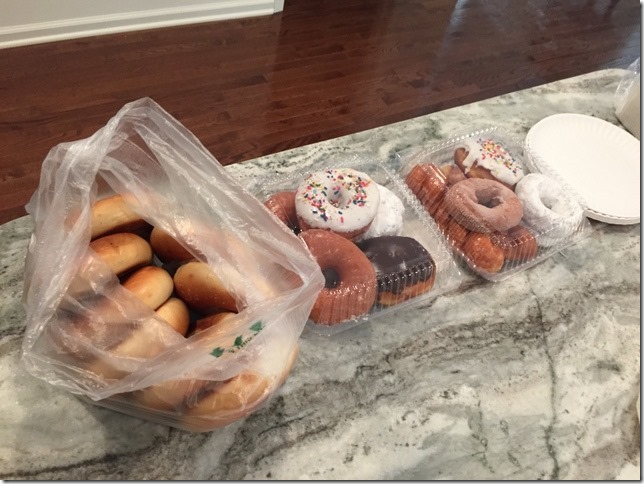 Lucas and papa were big helpers, too. 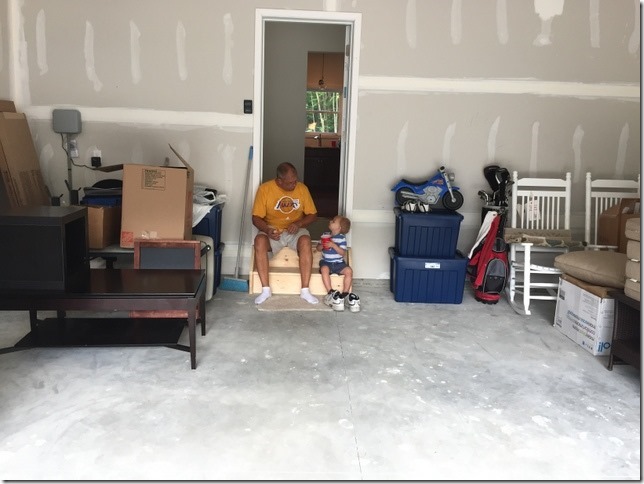 Saturday was definitely a LONG day, and was also the last night we were going to be staying at my parents’ house, so we all toasted to the exciting move with some champagne. 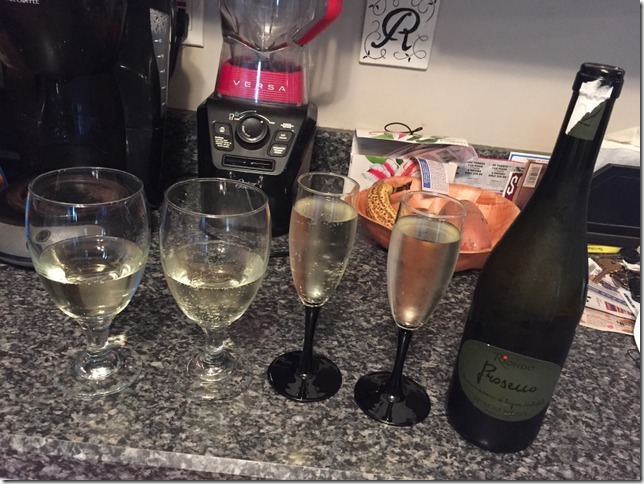 A second bottle was also brought out and, well, we’ll just say it was a good evening.

By the time we got back to the house on Sunday, there was a LOT to do. 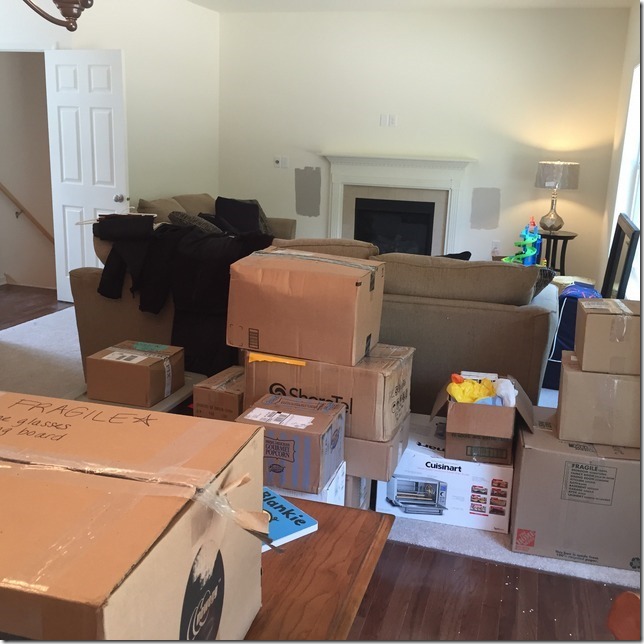 We had Lucas with us and had him take his first nap in the house, which went great (thank goodness, he’s adjusted so well with his sleeping no matter where we’ve been this summer). 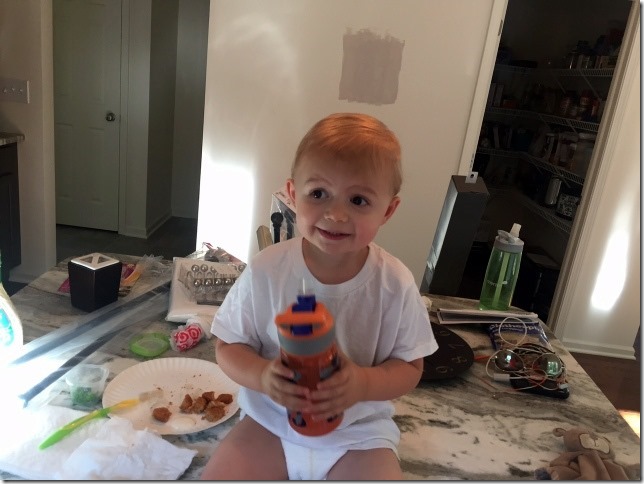 While he napped, Jay worked around the house and I took a quick trip to Target for a few things. I was SO excited when I found these bar stools for our island, so I grabbed two and brought them home… 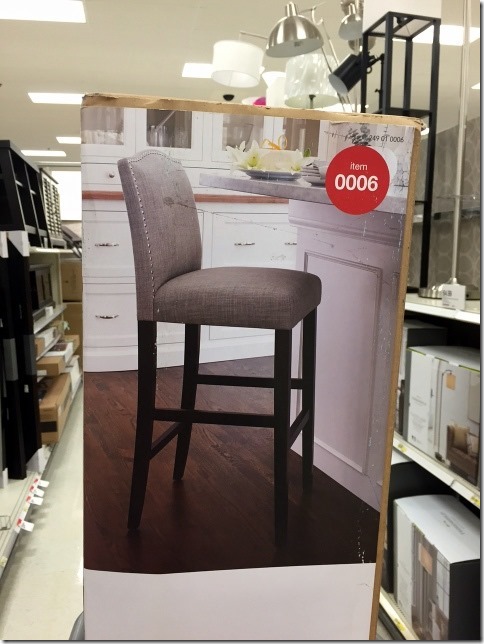 Only to discover that they’re too tall for our island. Guess I should have known that impulse buy wasn’t the best idea!

But I will say, they are GORGEOUS bar stools, so if you’re in the market for some, definitely check them out…just measure your counters first.

So right now, I’m finishing typing up this post at my parents’ house (since we’re still without cable/internet) and about to head to the grocery store, for what I’m sure is going to be a decent sized haul. But I’ll leave you all with this…

I really, really dislike painting. And I am having the hardest time deciding on one! They all look different in person vs in pictures, and the ones I thought I’d LOVE, I just don’t. For example, the color in the middle on the bottom row is Benjamin Moore’s Revere Pewter, which I fell in love with all over Pinterest. 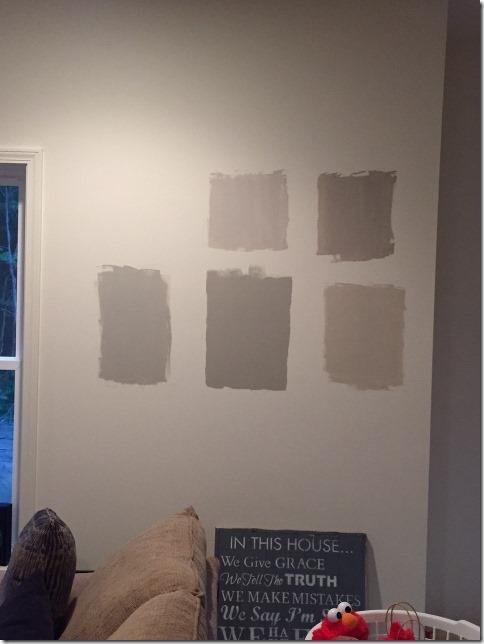 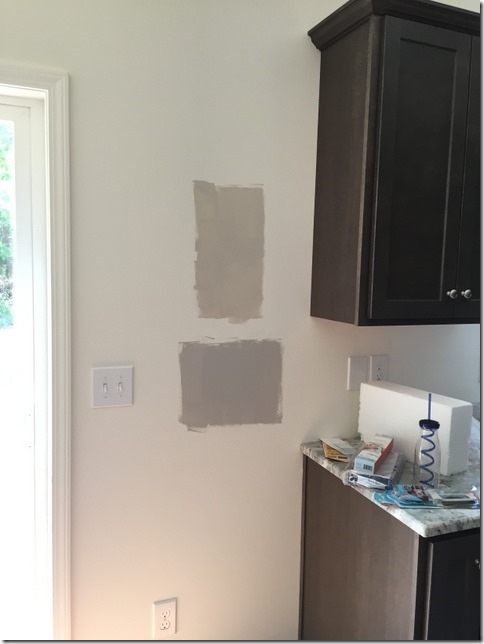 But I think it’s just way too dark! So I don’t know…I hate to keep buying quart sized samples of paint because it certainly all adds up, so maybe I’ll just start taping massive amounts of swatches to my wall and do eeny meeny miney mo?

Ahh well, we’ll figure it out! For now, I’m off to the grocery store…so I’ll catch up with you guys again soon, hopefully! Hope you all have a fabulous week ahead. <3