Things are pretty kosher over in these parts…I decided to step away from the computer for the rest of the day yesterday after we last chatted. Sometimes, you just need a break from technology, ya know?

Jay and I had a few friends over last night, so we spent the evening playing Apples to Apples, salad bowl (a made up favorite of ours!), and eating lots of yummy snacks. 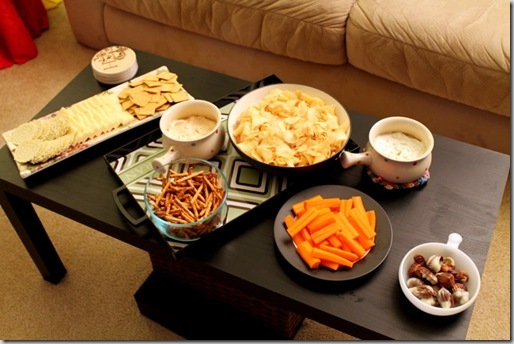 I did my best to stick with the carrots, really, I did. Normally, I don’t have a problem passing up on chips, which I actually didn’t really mess with.

But the CHEESE! I’m not usually a big cheese person either, but this mild cheddar that Jay picked up yesterday was awesome. Especially when eaten in conjunction with bites of carrot and dipped into creamy cucumber dip…just sayin’. 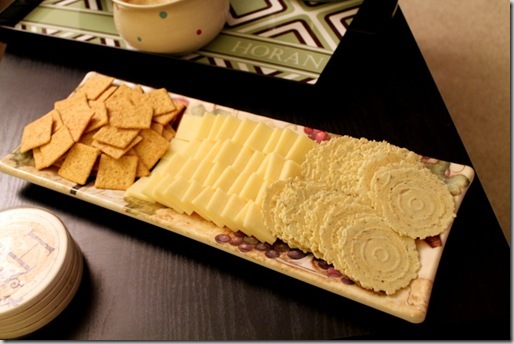 I was also pretty excited to finally be able to use our new serving tray, which I ordered about a month ago from Rue La La. Isn’t it cute? I really am such a sucker for personalized things. 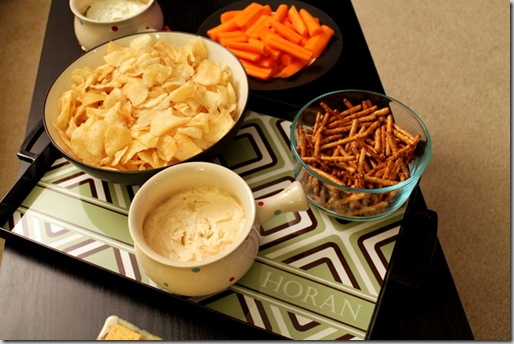 While I don’t feel like I overdid it on the snacks last night by any means, I’m about ready to get back into routine. Between Friday night and last night, I realized that I actually missed my healthy meals as of late – I love that! I fully enjoyed myself, no regrets, but now it’s time to step it back up again.

So what better way than to start the day off with a delicious, homemade breakfast, right? Unfortunately, I had one minor detail that needed to be taken care of first. I was quickly reminded that we are currently out of coffee.

But since I don’t really give a crap, I hopped in the car, headed down the road to Dunkin’ Donuts, and picked up a couple of coffees for Jay and I. 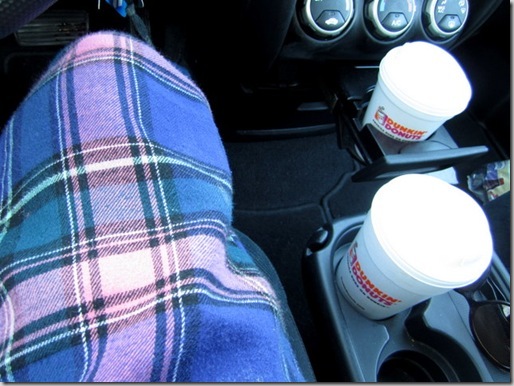 Didn’t you hear? Going out in your PJ’s while sportin’ bed head is the new thing.

Once I was caffeinated (hazelnut with skim, made into hot cocoa coffee once I got home), it was time to get to work on that breakfast. 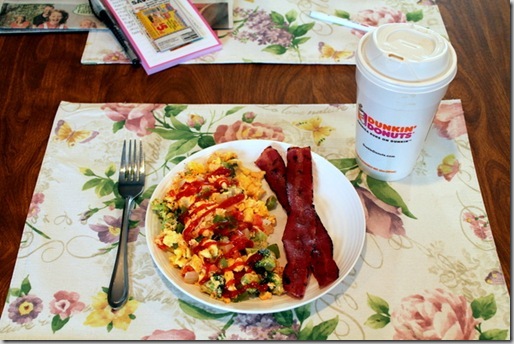 Best breakfast I’ve made for myself in weeks, no doubt.

I whipped up a 2-egg veggie scramble with broccoli, green peppers, onions, and tomatoes. But the real winner was taking a piece of mild cheddar cheese, crumbling up, and mixing it right in with the eggs. It was really incredible. 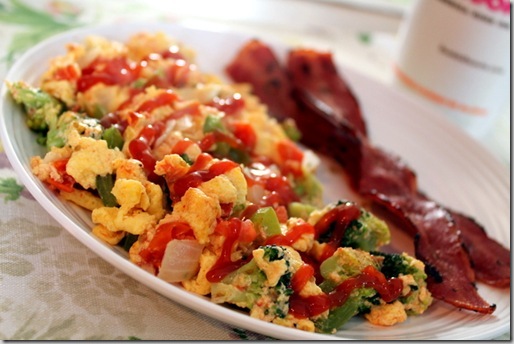 On the side, I cooked up a couple of pieces of turkey bacon in a skillet, which I currently cannot get enough of. Jay is even eating it, which says a LOT because he is usually the first one to turn up his nose at anything like that. 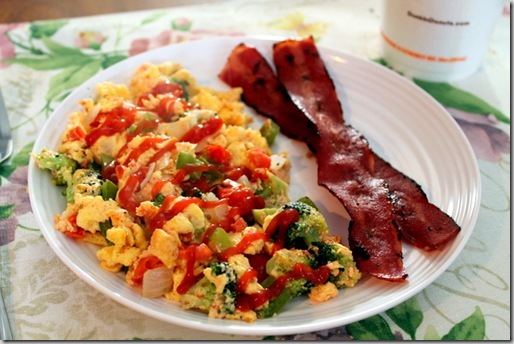 I think I would eat this meal again for lunch AND dinner today, but that’s not going to be the case since Jay and I are headed out for the day to visit with the parents. Mom’s cookin’ tonight, so I’m excited to see what she’s got in store for us!