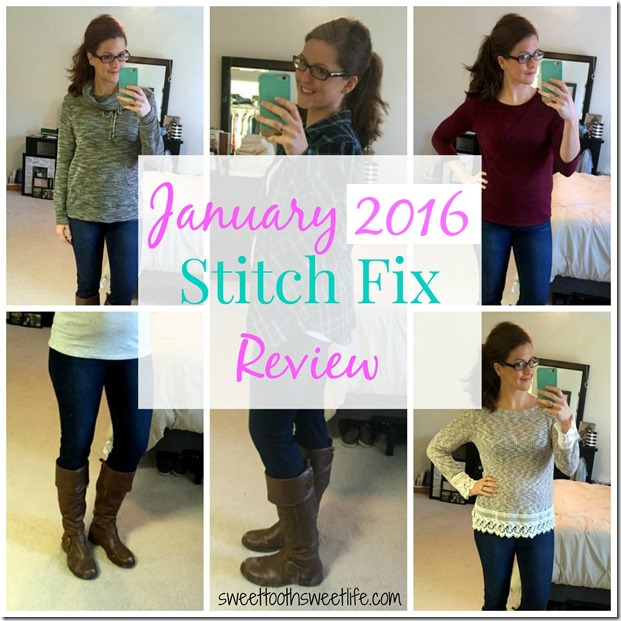 Whoops. It was unfortunate that I received my reminder email that a fix would be on its way soon on Christmas Eve. Since I was a bit preoccupied that day, I don’t recall ever having seen it. Then last Friday, I received an email saying “Your fix is on its way!” and I said, oh crap. I hadn’t updated my profile to notify them that I’m pregnant (and would likely prefer items from their maternity line at this point)! 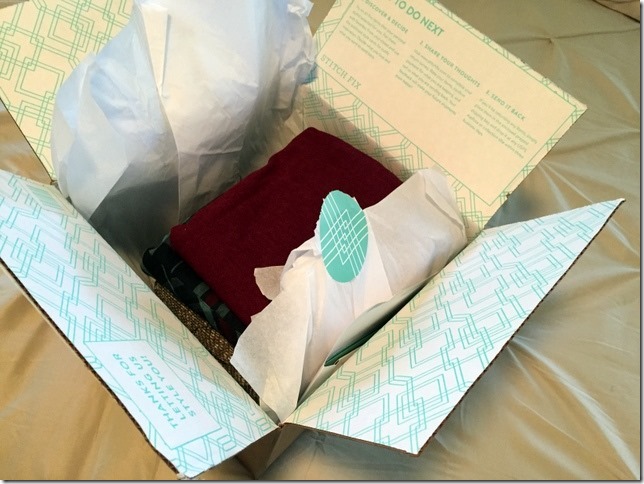 That said, I anticipated the fix being a total bust but, in fact, I actually found a few really cute items and a couple I’m even considering keeping. Who woulda thought?!

So here’s a look! And maybe one of these months I’ll actually have some pictures hung on our bedroom walls and maybe even have some paint up on there, too. Someday… 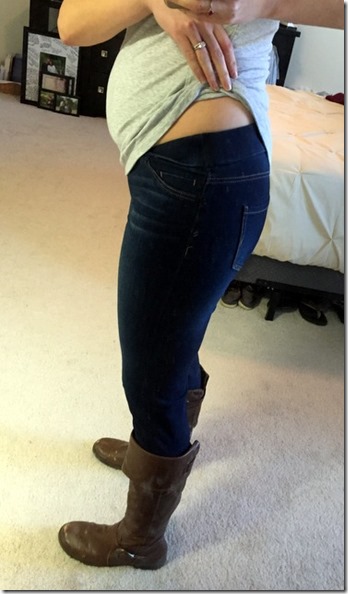 When I saw that jeans were included in my fix, I chuckled out loud and almost didn’t even bother trying them on. But then I read the note from my stylist, and she mentioned how they have an elastic waistband. Say whaaaaat?!

So I gave them a shot and, sure enough, they actually worked! I’m currently able to wear them comfortably by folding down the waistband under my bump, and they actually stay put better than any other jeans I have right now. They are a little snug in the sides, but I’m wondering if it’s worth it, because I can absolutely see myself wearing these for as long as pregnancy will allow, and then (hopefully) postpartum. 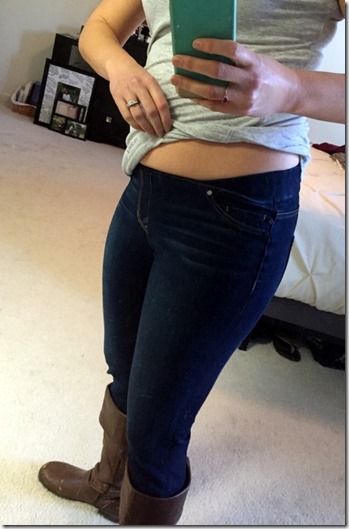 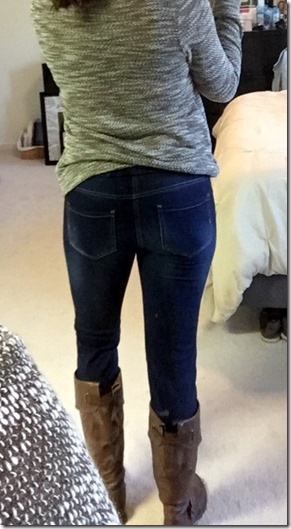 But seriously…jeans with an elastic waistband? A+++ in my book! Now to decide whether or not to keep them… 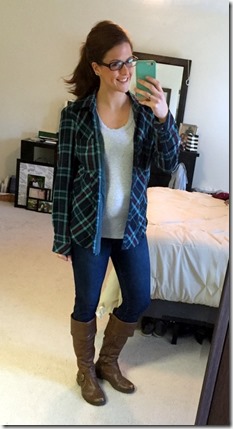 I’m a total sucker for a cute, plaid, button down shirt. And as soon as I put this one on, I knew it was a keeper. The nice thing about button downs is that I can wear it no matter how big my belly grows, thanks to being able to wear it open. For now, I can still button it closed, but it’s a big snug. Either way, I’m in love! 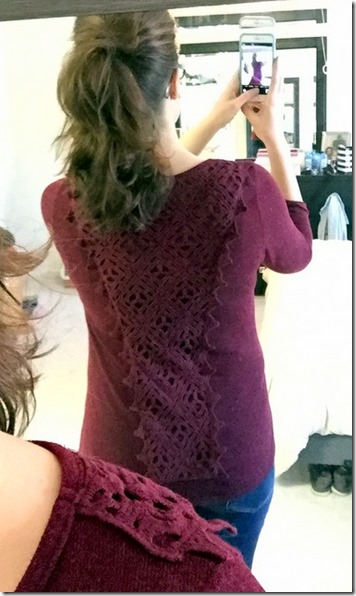 I really love the detailing on the back of this top, but the fit just wasn’t flattering right now, and I likely wouldn’t even be able to wear it a month from now. So since I probably wouldn’t get the chance to wear this top until next fall, I decided it wasn’t worth it to keep that long without wearing. Return. 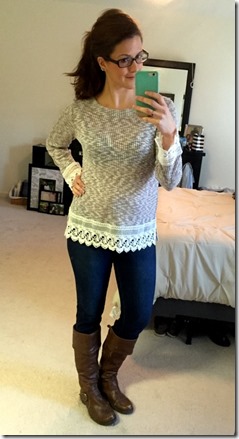 This top was cute and theory and I’d be interested to see how it fit without a growing belly. But, again, since it doesn’t work for me now, and likely wouldn’t work for a while, there was no sense in keeping it. Also, I guess I probably should have worn a different color bra with that one. Whoops. Return. 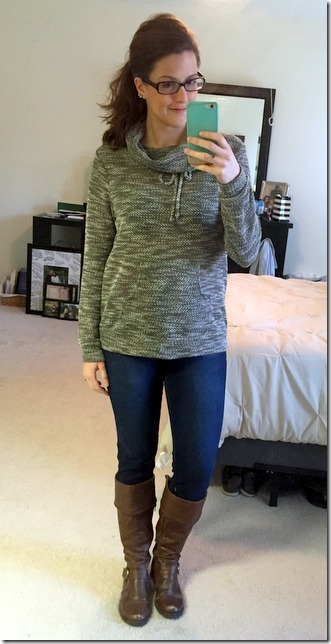 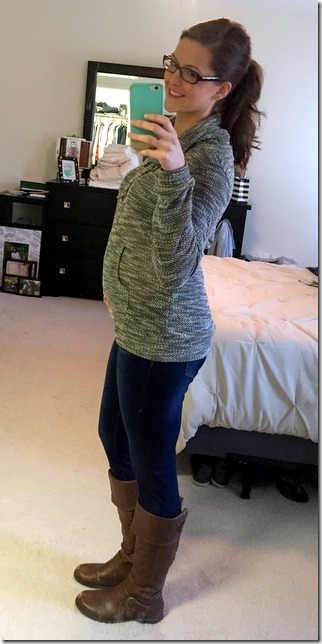 I’ve had this sweatshirt pinned to my Pinterest board for a while now, so I was excited to see it this fix. However, when I tried it on, it wasn’t quite the material I was expecting, and the fit wasn’t exactly what I was hoping either. I would have liked it to be a bit longer, along with the sleeves, too. You guys know how I am about my longer sleeves with comfy sweaters/tops! 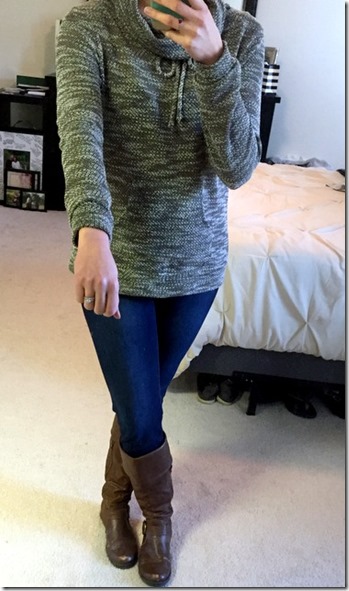 Since it didn’t pass the sleeve test and the material was a bit weird, I decided not to keep it. Return.

Well, there’s a look at my January Stitch Fix! Three returns, one keep, and one maybe. I’ve already updated my profile so that my next fix features some maternity items, so I’m excited to see what comes next.