So I know I mentioned it last week, but I got a new Stitch Fix this month, and wanted to go ahead and share it with you all!

Unfortunately, because I waited for so long to write up my post, I’ve already thrown out the paperwork that shows the details on each item, and I’ve also checked out online and can’t see the details there either. SO, while I may not have many of the details on the make or price, I’ll try my best to ballpark it.

Oh, and one of these days, maybe I’ll try to take photos in a decent mirror… 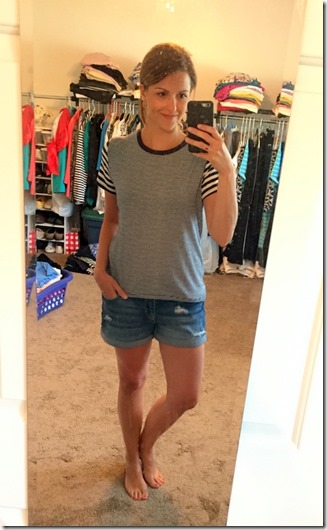 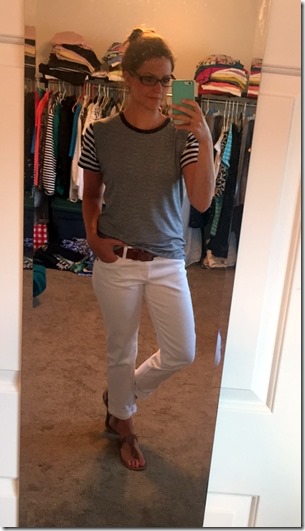 I loved the soft fabric of this shirt, along with the fact that it was just super cute. It paired well with white denim, jean shorts, and basically anything else I attempted, so it was definitely a keeper. It was a little pricier than I probably would have paid for it if I found it in the store, but I didn’t want to lose my styling fee so I decided to keep it. No regrets though, I love it! 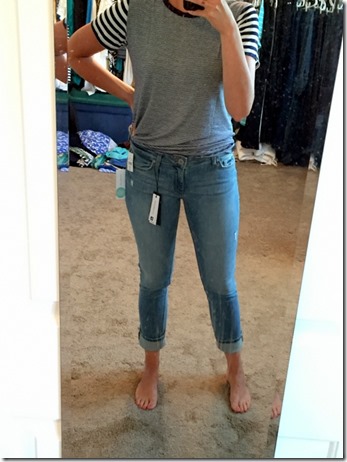 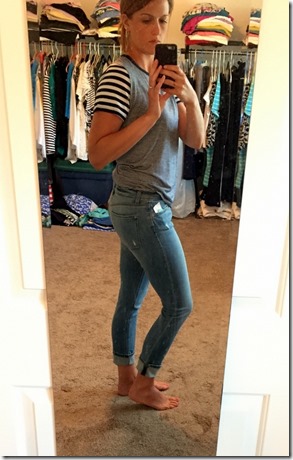 I liked these jeans, but I didn’t love them. I also really didn’t need them, and they were a bit too snug for my liking. So, back they went. 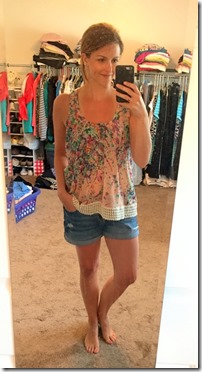 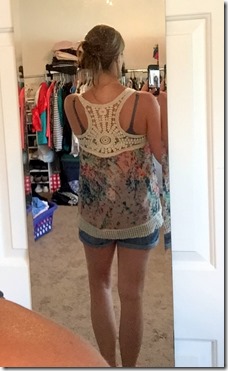 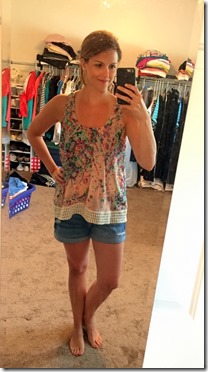 I liked the idea of this tank (does that even make sense?), but it just didn’t look right on me. It just sort of hung there if I wasn’t posing, which obviously isn’t going to work for the day to day. The colors and pattern were beautiful, and the crochet back was really pretty, but then I’d also have to wear a different sort of bra which would have been a pain. Sooo…return. 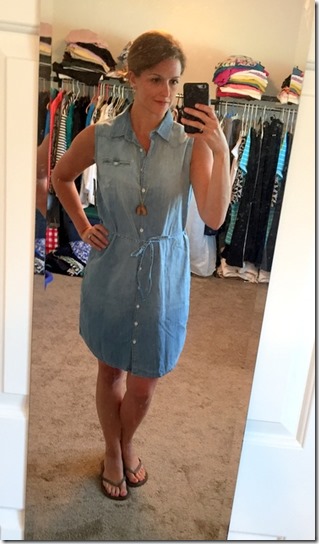 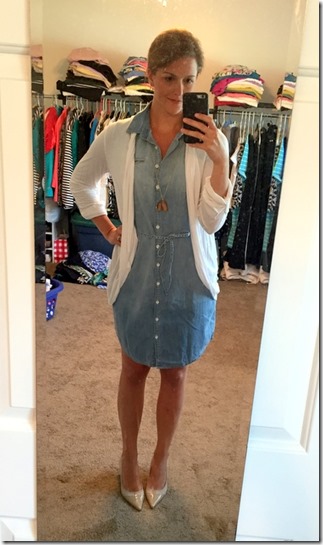 I was really hoping I was going to put this dress on and just fall in love with it. I could use a new dress to wear for work, but this one just didn’t really wow me. I first tried it casual, pairing it with simple flip flops, but I didn’t love that. Then I tried dressing it up a bit with some nude heels and a white cardigan and I will say that I did like that look better. But overall, I just didn’t love it enough to keep it, so it went back. 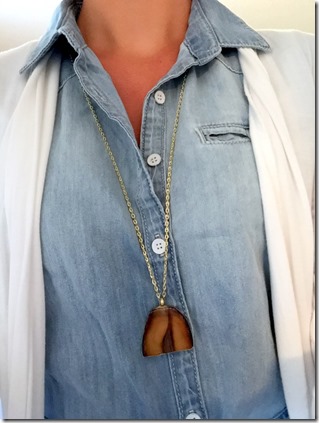 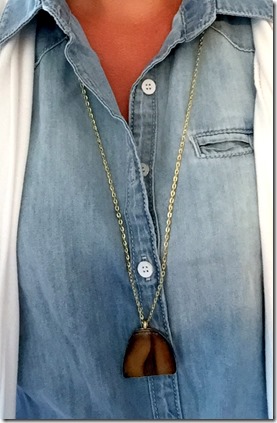 There really wasn’t all that much about this necklace that I liked. I don’t wear a lot of gold, and the pendant just wasn’t me, so this was an easy return.

Soooo, as you can see, this definitely wasn’t my best Stitch Fix I’ve received, but it wasn’t terrible (you can see all of my previous Stitch Fix reviews HERE).

I’m still trying to decide if I want to keep my fix scheduled for August…I always love receiving them, because it’s super fun to see what’s coming my way, but I’m also not really sure of anything I neeeeeed right now. Plus, once August hits, I’m already starting to look in to things for fall (anyone else??), so who knows what I’ll want at that point?! Anyone have any good recommendations??

« Missed Meals {+ 4 Salad Combos to Try Today}
Can I Keep These Things Alive? »