At first, I almost didn’t believe them. Were they being serious? 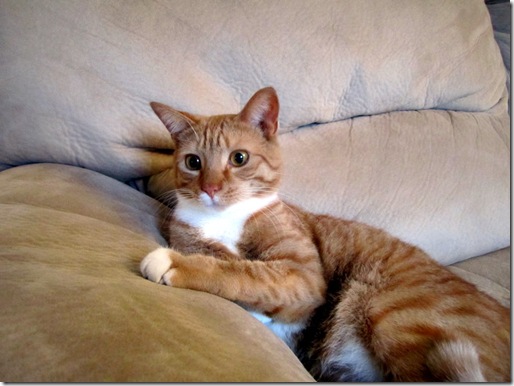 Was it really true? 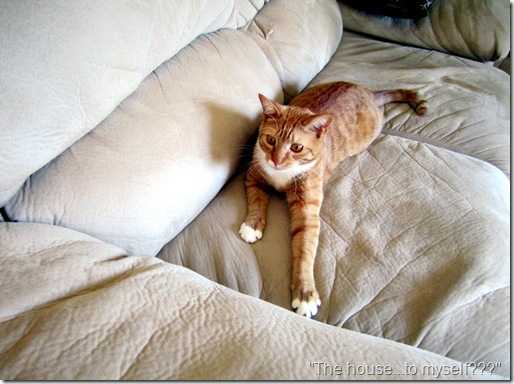 I pretended to look sad as they pulled out of the driveway. I know this made them feel really, really bad. Especially mom…she’s kind of a sucker for my cute face. 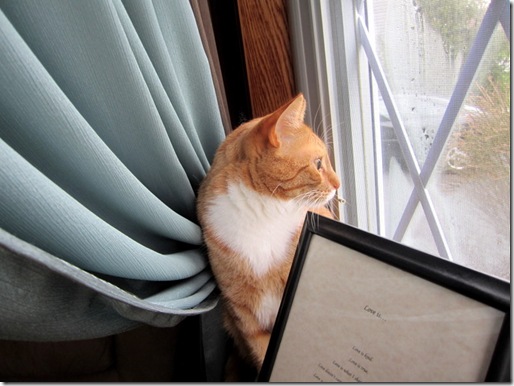 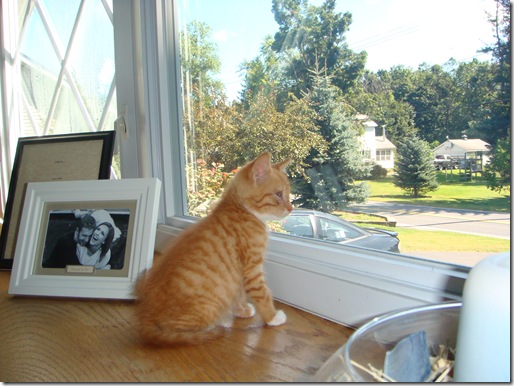 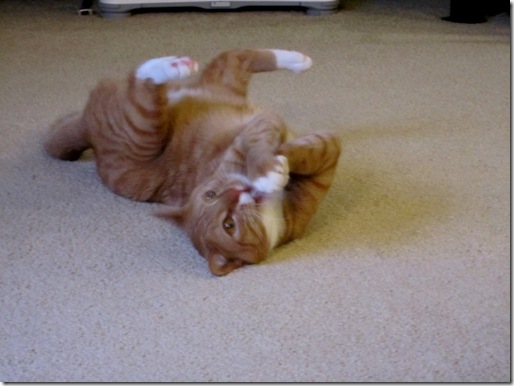 So as soon as they were out of site, it was time to let the party begin. I’m the man of this house now.

So first things first, I decided to go for a workout. I know what you’re thinking…cats don’t work out, right?

Well you know, I watch mom and dad workout all the time, so I thought, “Hey, if they can do it, I can do it.” Well, I think from now on, I’m going to leave the iron pumping to mom and dad. The whole weight lifting thing is serious business and kind of made my hair stand on end. 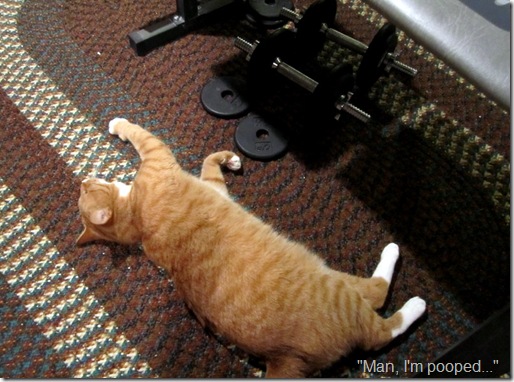 So next I tried the treadmill. WOW you guys. Now I think I know why mom is so sweaty and disgusting after she uses this thing. Holy meowy. 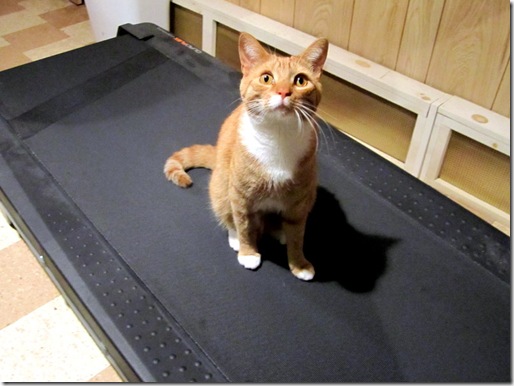 No more working out for me. I’ll stick with my fetch toys.

All of that hard work really had me work up a thirst. Now, I’m going to let you guys in on a little secret…just don’t tell mom and dad, ok?

They don’t know it, but when they’re asleep, I secretly like to come down to the basement and raid the bar. 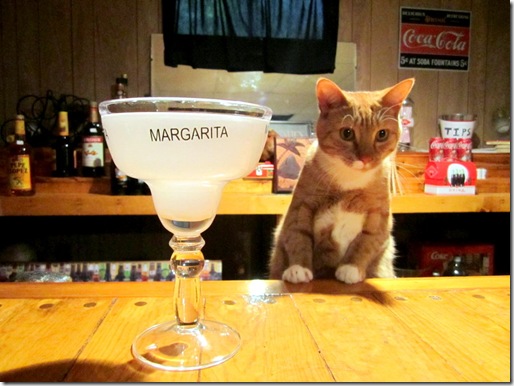 Ohhhh I love me a good margarita every now and then. 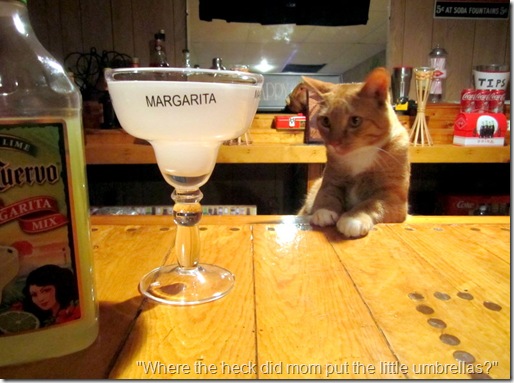 But remember, this is our little secret, got it? If I find out you told either one of them, I’m going to come over and claw the sides of your couch to pieces. 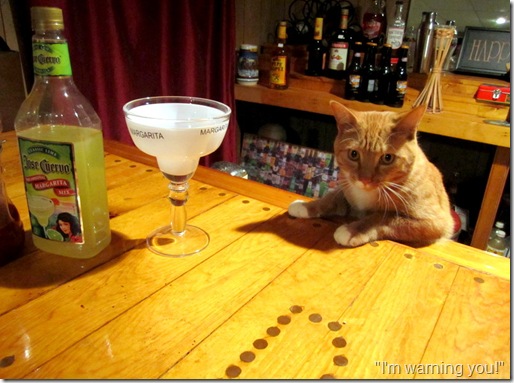 And I’m no fibber. 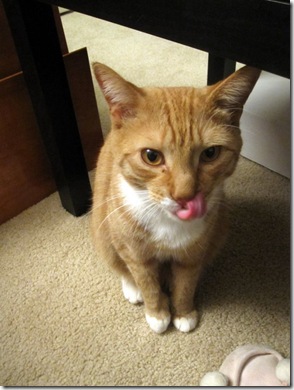 So you guys want to know another good thing about being on my own?

I finally get to eat my food the way that I want to eat it. Gosh darn it, I really wish they’d stop trying to force me to eat standing up. 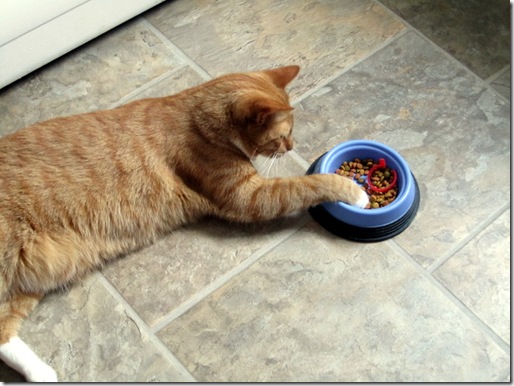 If I want to eat while laying down, then that’s how I’m gonna do it.

But I guess I shouldn’t really complain about mom and dad. They really are super cool, and they do a really good job of taking care of me. We’re a pretty cool family. 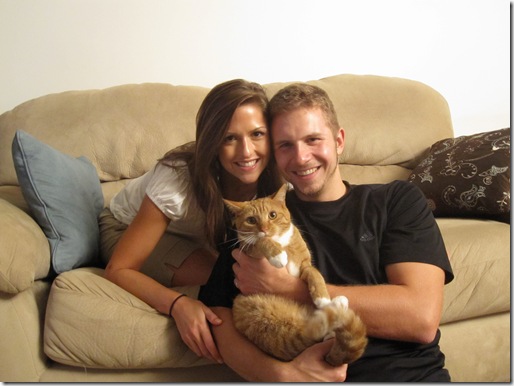 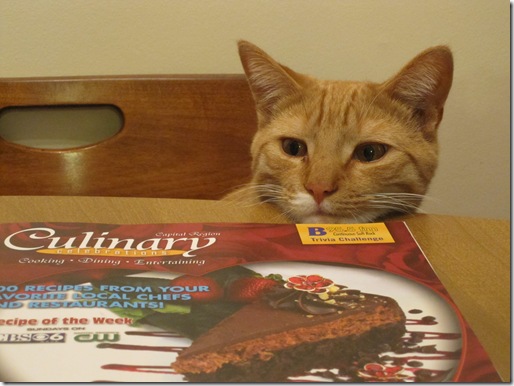 I mean, I see mom baking stuff in the kitchen all the time. But then I realized…

And I’d much rather just hang out on the kitchen counters where I’m not supposed to. 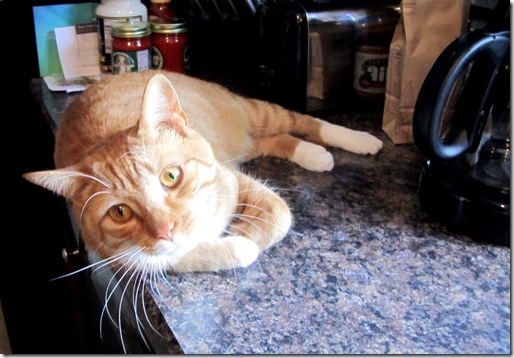 Well I guess I should tell you, even though I really can handle being left alone, mom and dad told me I’m still not old enough. I tried arguing… 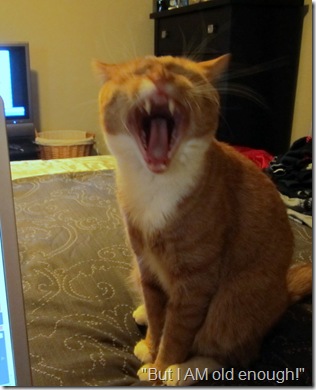 But noooooo. They weren’t havin’ it. I know you guys saw this picture before, but this is really why I was mad.

Apparently Uncle Dan is going to be coming to visit me. 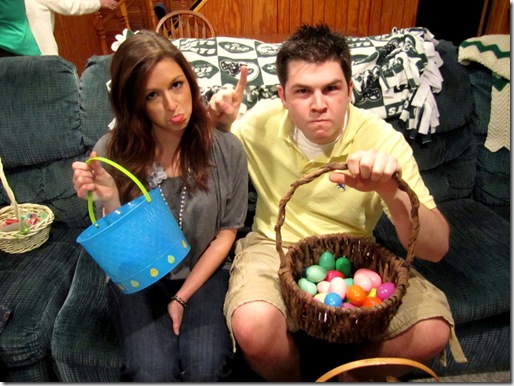 Let’s just hope he’s as good at playing fetch with me as mom and dad are. 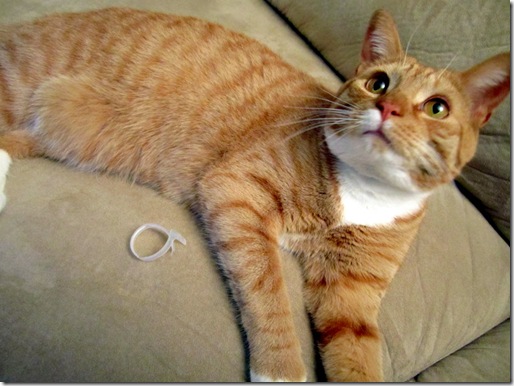 And that he doesn’t try to make me eat standing up.

Hey Uncle D, if you’re reading this…why don’t you bring me over some cat nip while you’re at it?

I sure hope mom and dad have a safe trip and bring me back something from…oh wait…I forgot. I don’t know where they’re going.

« Have You Caught On Yet?
Greetings From… »