Despite feeling pretty sore from Sunday’s class, I was really ready for a good workout this morning. I didn’t want to just go through the motions…I wanted to feel the burn! So I ended up increasing my weights on the chest, back, tricep tracks, and well…let’s just say, the burn was felt.

I followed up class with 10 minutes on the elliptical and 5 more on the StairClimber before calling it a day.

As I was pulling into the driveway, I, for some odd reason, got an overwhelming urge to pick the overabundance of weeds that have been growing in the flower beds along the front of my house. (Anyone remember when we planted all these last year??) 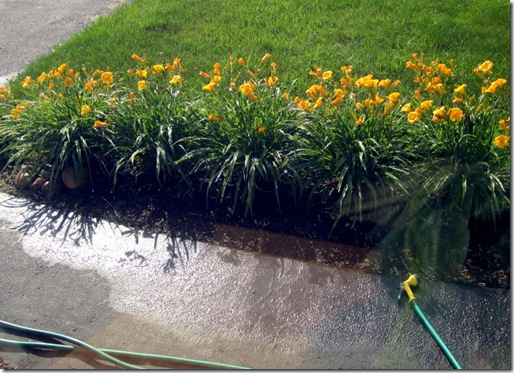 I honestly wish I took more pride in wanting to prune my pretty flowers and keep my beds free and clear of ugly weeds, but I guess it just never makes it to the top of my priority list. Unfortunately, my urge didn’t last long and I only finished about half of them though because…

a) I didn’t use my gardening gloves and my hands were getting sore, and

b) I had been waiting since yesterday afternoon for this breakfast. 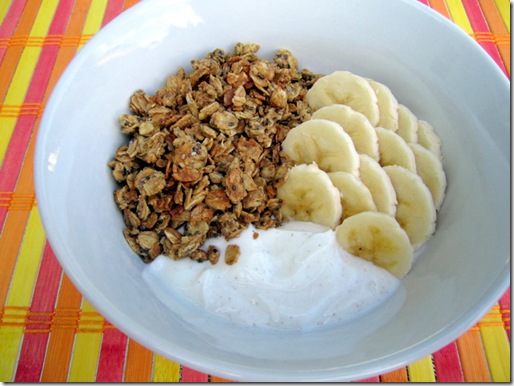 And it was just how I dreamed it would be…knockyoursocksoffamazing.

This Sunflower Seed Butter Granola is seriously not going to last long, I can tell you that much. 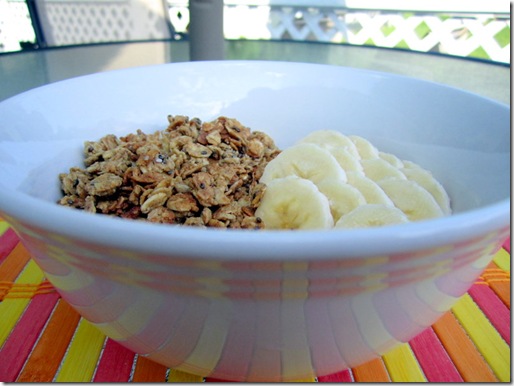 This morning, I decided to incorporate it into a yogurt bowl: I mixed a plain Chobani with a squirt of honey and a sprinkle of cinnamon and paired it with 1/2 of a sliced banana and 1/2 a cup of the granola. 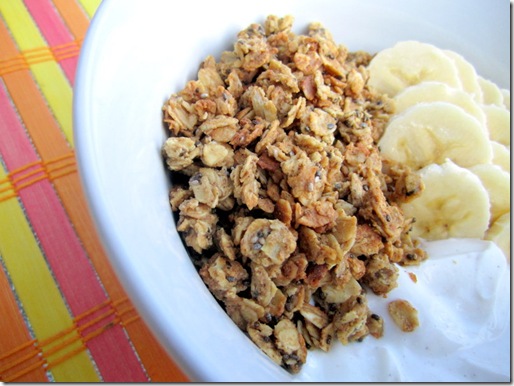 I measured the granola in an attempt to maintain some sort of control over it…but that 1/2 cup doesn’t count the two or three other handfuls that I snacked on while preparing everything else. 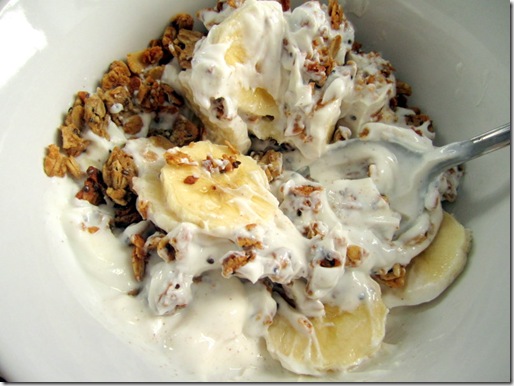 With breakfast, I also sipped on a glass of iced coffee and enjoyed it out on the patio since it’s another beautiful morning here! 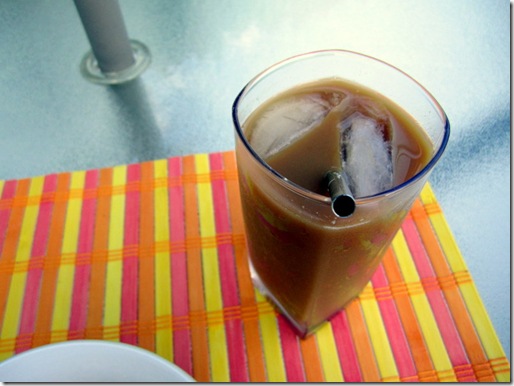 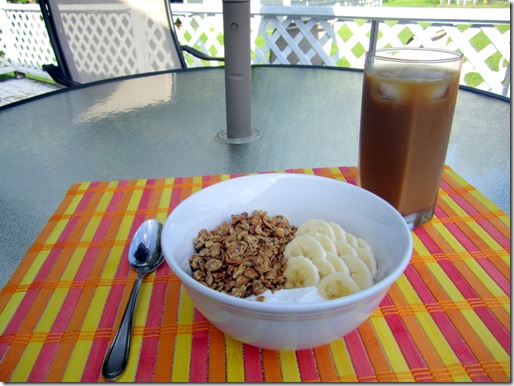 Later this afternoon, I have a stop I need to make somewhere that has had me incredibly uneasy, anxious, and nervous ever since going to bed last night. There’s a knot in my stomach, and I just can’t seem to get it to go away.

I know I’m making a bigger deal out of it than it really is, but there’s a lot of emotion attached, and I feel like all of the sadness/confusion/anger I’ve had over it are going to come barreling to the surface at once.

Ahhhh, I really need to relax…

Would anyone judge me if I throw a splash of Bailey’s in my coffee this morning?

Do you enjoy gardening?

How do you deal with extreme feelings of anxiousness/nervousness? Any tips?