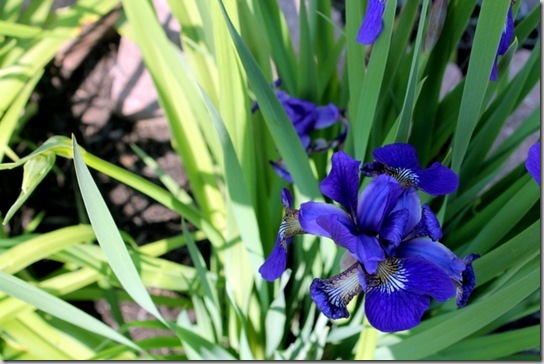 Jay and I happened to notice these yesterday as we were out working by the pool and I just love them. I have no idea what they are, but I’m sort of confused because I could have sworn that this same exact plant was blooming orange flowers last year? 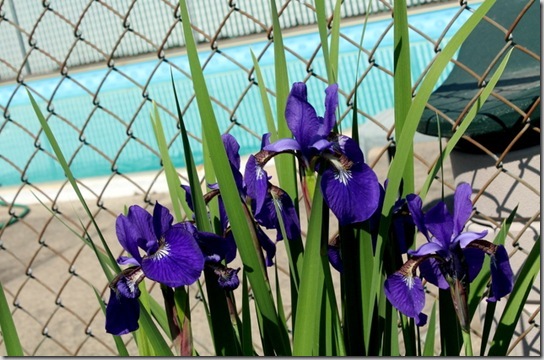 Who knows. Either way, they’re pretty, so I’ll take ‘em.

Breakfast today was actually not all that exciting. 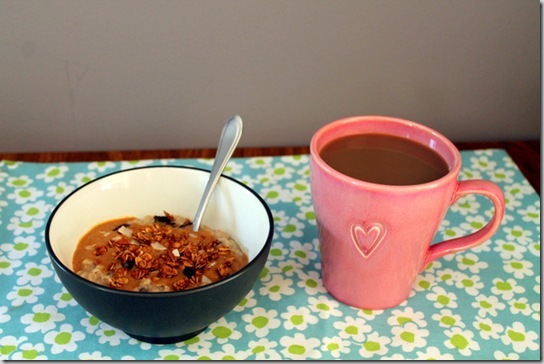 I went back to hot coffee today, only because I prepared it that way without even thinking. It was good, but it was hot…obviously. Oops.

I also put together a batch of oatmeal but, as you can see, it wasn’t nearly as voluminous as it usually is. 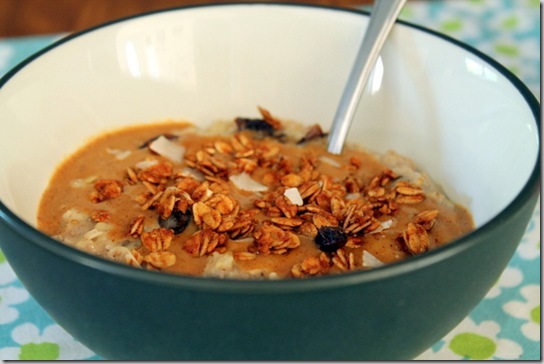 Just a regular batch of oatmeal with raisins mixed in, topped with some very liquidy honey cinnamon peanut butter (got a little heavy-handed with the milk) and a sprinkle of granola. 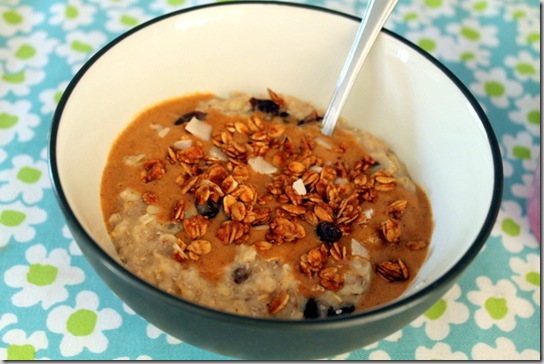 It was good but not great…you know how that goes.

I’m now currently freaking out because Jay just informed me that we have a snake in our pool supplies bin. You may remember (although you probably don’t, because this post is OLD, no worries) but #2 on my 10 Random Facts list (<—some fun stuff on there!) is that I HATE snakes. Can’t stand ‘em. Won’t even look at ‘em on TV. They are the WORST.

Keep your fingers crossed that he figures out a way to get rid of it, because until then, I’m not going near that pool. No way.

What living creatures are on your “ahh get it away from me!” list?

« A New Tradition Of Ours?
A Beautiful, Perfect Day »