Only a few more weekends of summer left, so we’ve been trying to soak them up as much as possible over here! 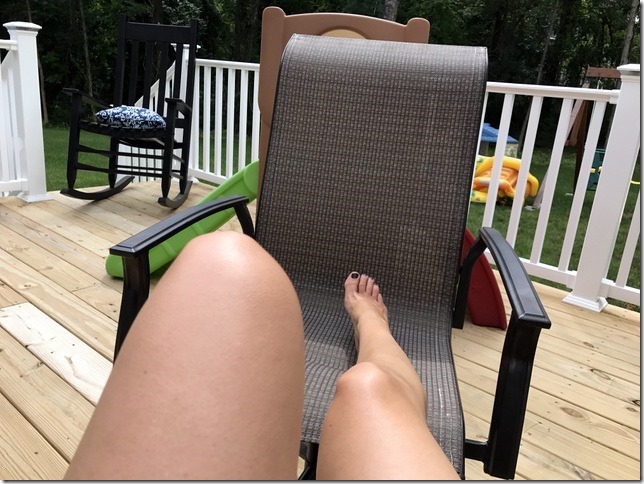 After a rainy Friday, we were thrilled for some nicer weekend weather. Jay was out for a good majority of Saturday, so it was just the boys and I. And we tried to spend as much time playing outside as possible. 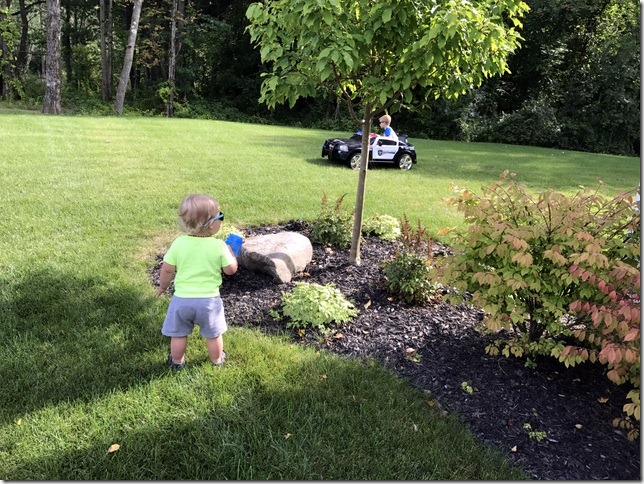 Of course, we had some play breaks inside, too, and both of the boys are currently obsessed with the Busy Train Book and Busy Car Book from Usborne. It keeps both of them busy for hours minutes on end. ; ) 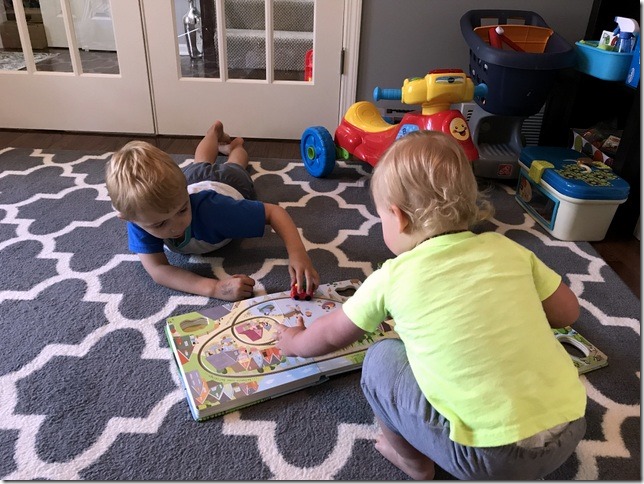 Jay ended up getting home a little before dinner time, and I was treated to a delicious steak, potato, and roasted asparagus dinner that he completely took care of prepping for us. 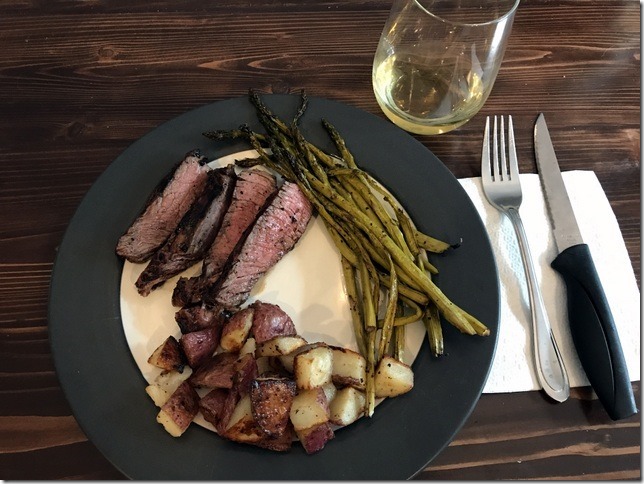 On Sunday morning, I ended up waking shortly before 6am and couldn’t get back to sleep thanks to some pesky post-nasal drip (UGH). So I figured, since I couldn’t sleep, I might as well take advantage of the quiet time and headed to the basement for a workout (I ended up doing this Jessica Smith workout for the first time and I loved it!). 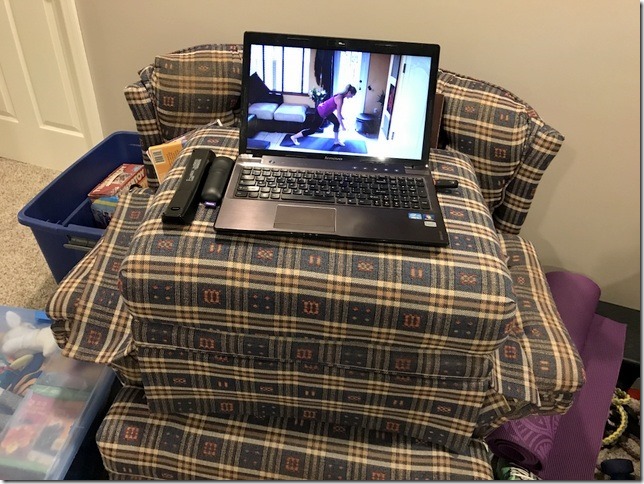 Of course, about halfway through the workout, I heard the heavy footsteps of a certain four year old who was also awake a bit early… 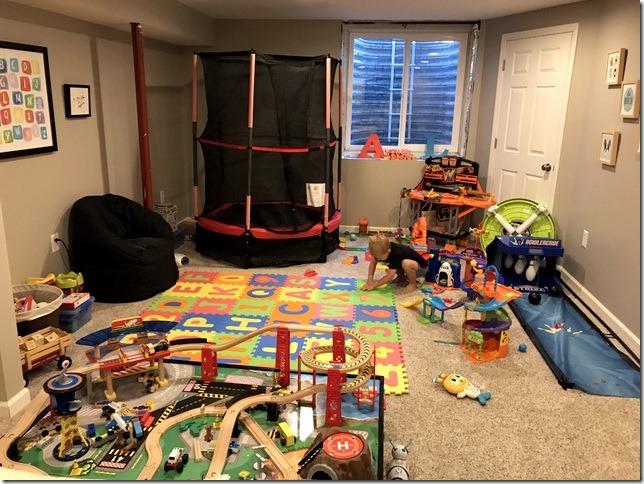 We also tackled another fun project this weekend which has been on my to-do list…and that was to update the wall in our foyer with some new pictures. Here’s the before, which had some outdated wall art (from back in the day with my Live, Laugh, Love obsession). 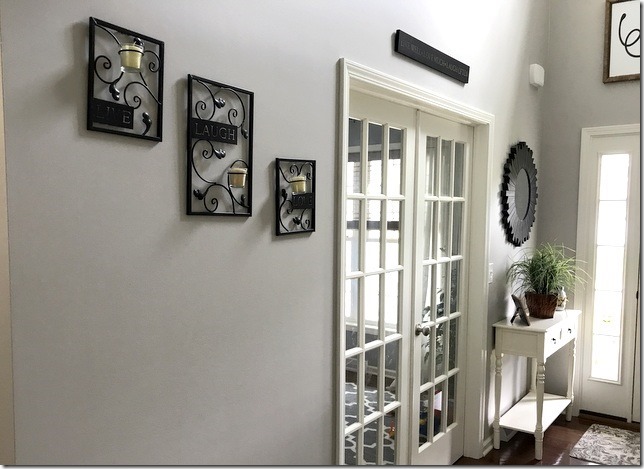 And here is the after! 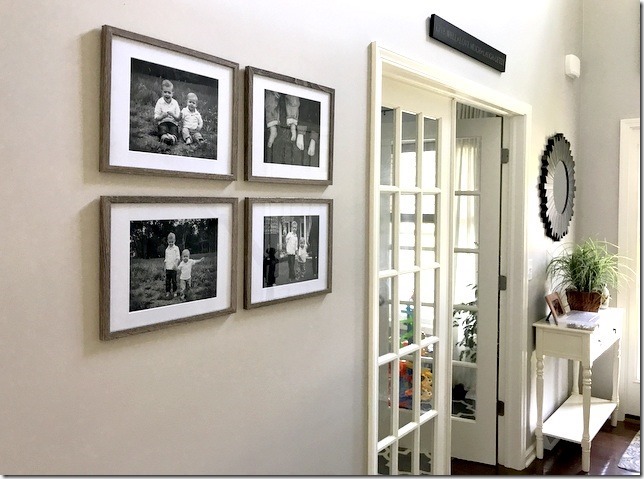 I printed off some prints from Alex’s first birthday/family photo shoot (photo cred: Danielle Simmons Photography!) and finally ended up finding these picture frames at Walmart for less than $10 a piece! 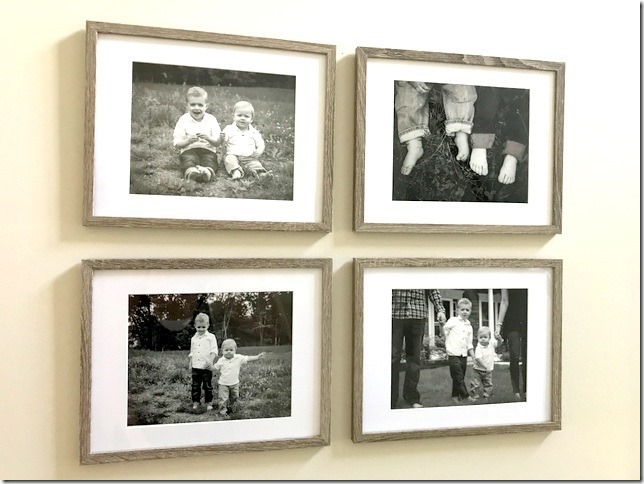 Later, during Alex’s nap, I worked on putting together a brownie trifle dessert to bring to a neighborhood gathering later in the day… 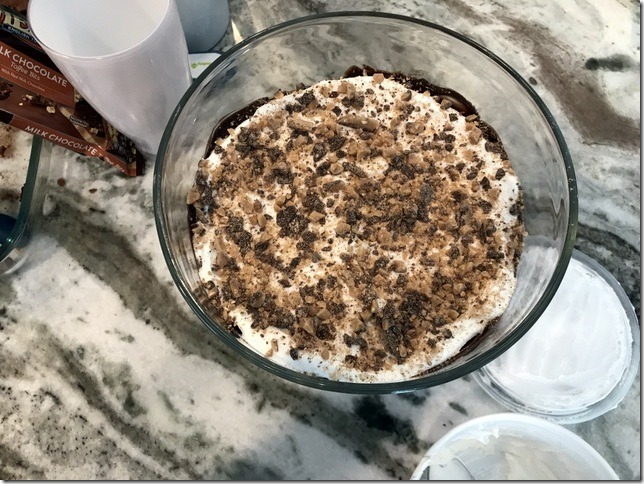 And also spent some one on one time with my buddy outside. 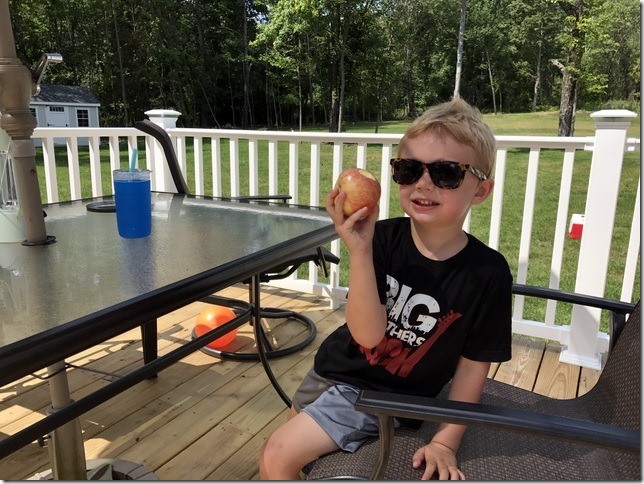 Once Alex was up, the boys spent some time harassing poor Cody (he’s SO good with them!)… 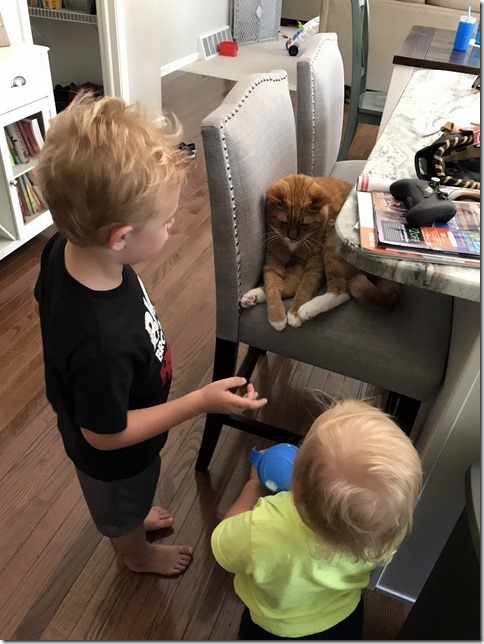 And then we were off to go play with the neighborhood crew! 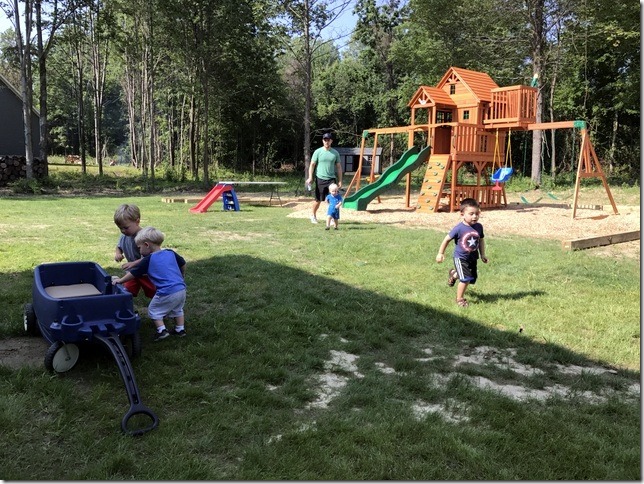 We had some delicious apps and drinks to snack on while the kiddos played. 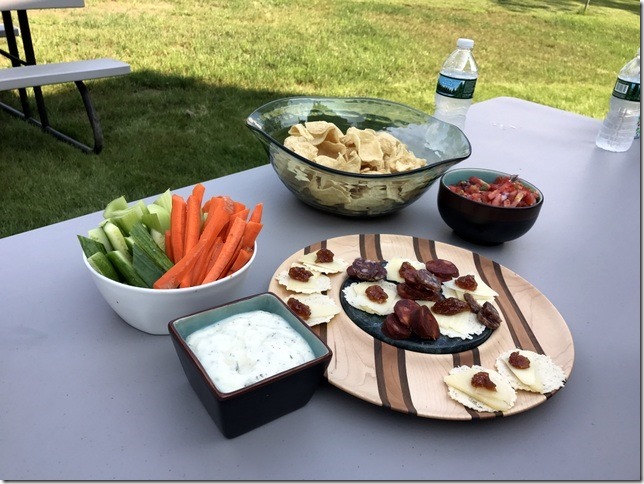 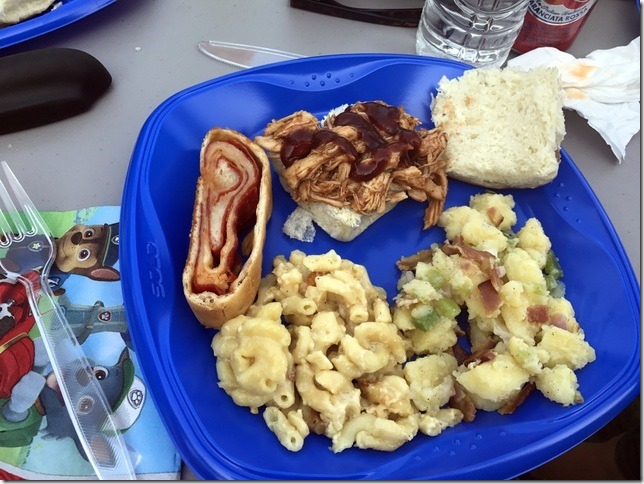 Oh, and watermelon, too. 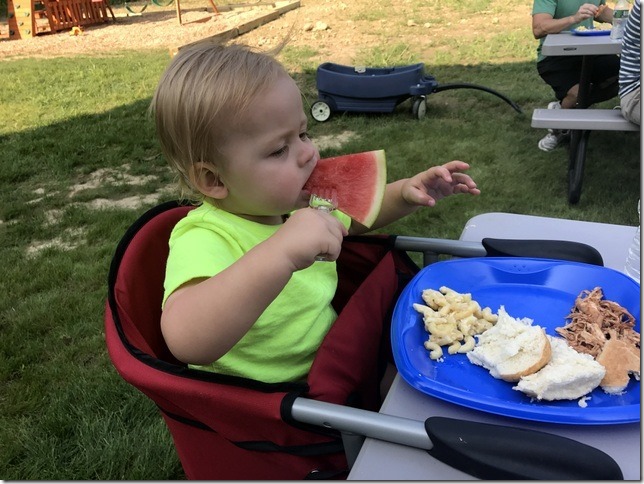 A little later, it was time to break into the desserts! 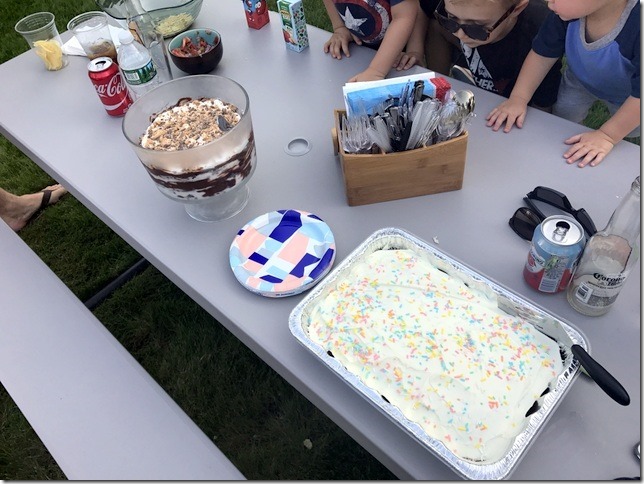 Just look at this crew of boys. Man, they are adorable. 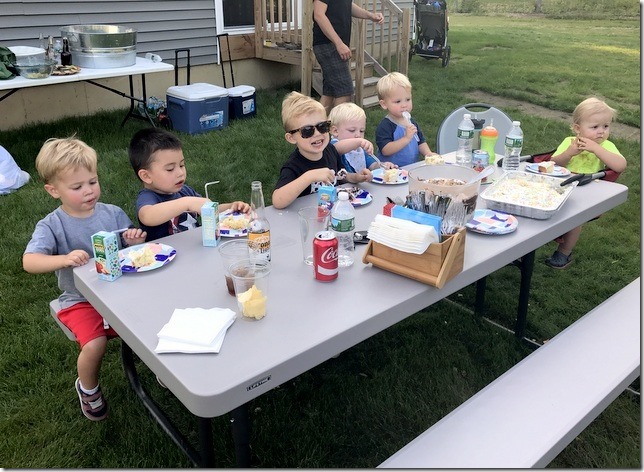 And they sure love their cake. <3 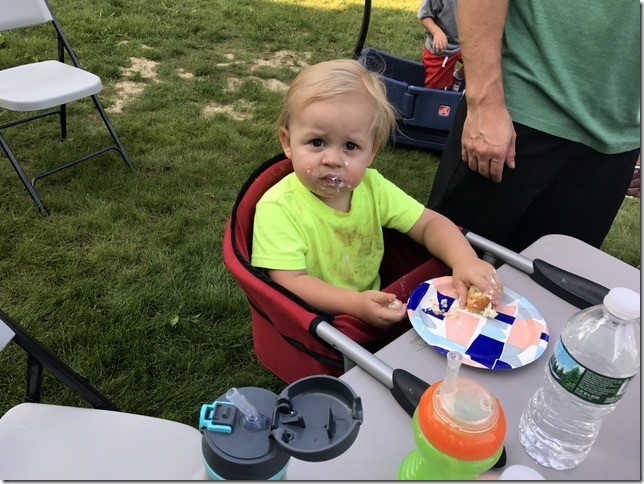 Oh, and hey, all of their parents are pretty awesome, too. We seriously have the BEST neighbors (photo cred: Lucas) <3 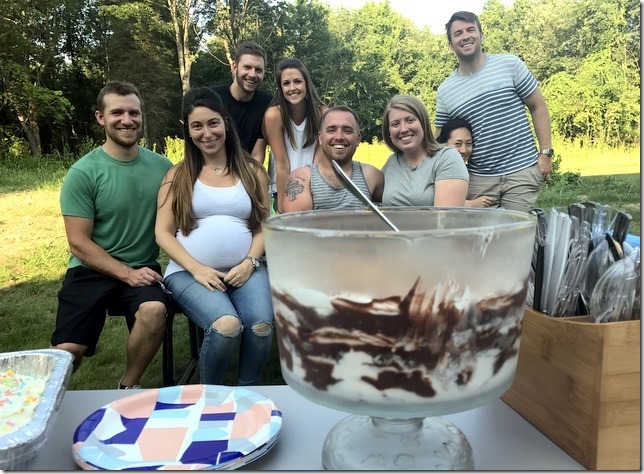 And that’s a wrap!

I hope everyone had a great weekend and has an awesome week ahead. : )

« Day in the Life #15
All Sorts of Deliciousness »