Last night, since it was Kate’s actual birthday, we met up with her and Joey before their planned party for a little pre-birthday celebration at Bombers Burrito Bar. For those of you who are local, you probably already know about why people go to Bombers on their actual birthday…for the the free, massive birthday margarita! 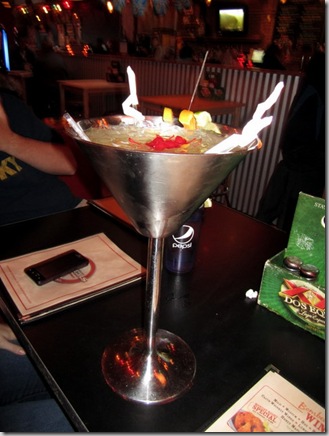 The thing is a beast, no doubt about it. 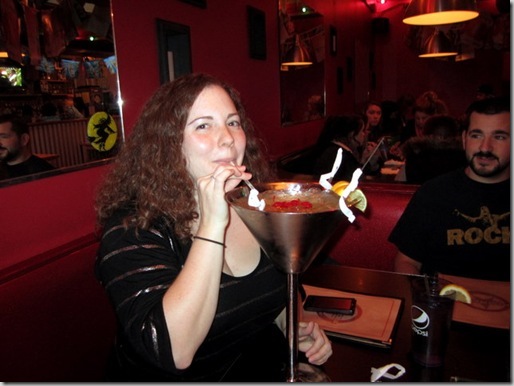 I, myself, have even tackled the birthday margarita back in the day… 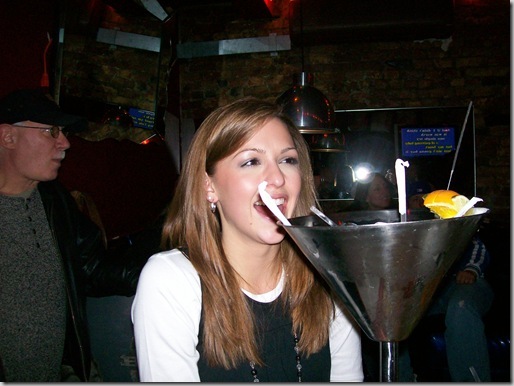 While Bombers does make a pretty mean margarita, I really wasn’t too much in the mood for drinking last night, so I passed on getting a drink of my own and just helped Kate out with a few sips. Tasty, indeed! 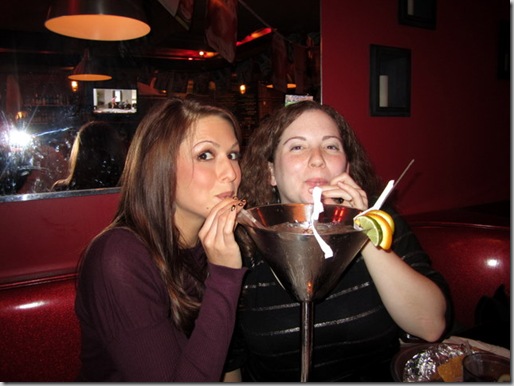 Since I knew there was going to be an abundance of food to snack on at the party afterward, Jay and I decided to share a BBQ Pulled Pork Burrito – aka the most amazing burrito on the face of this planet. I get it every time I go. 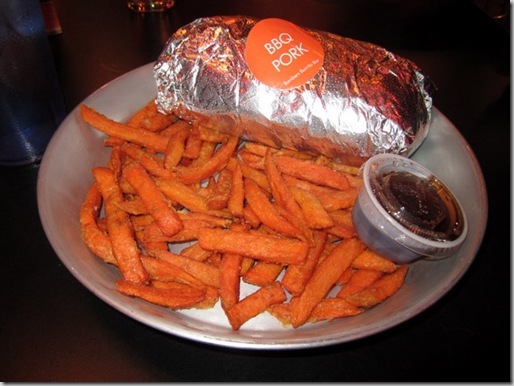 I also love the fact that they serve their sweet potato fries with maple syrup. Definitely a different combo, but I dig it.

I ate all of the “innards” and passed up on most of the actual burrito part itself. The filling is where it’s at anyway. 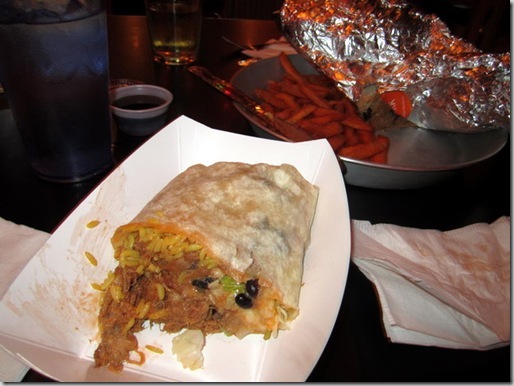 After dinner, the four of us headed back over to Joey & Kate’s house to get things ready for the birthday festivities. 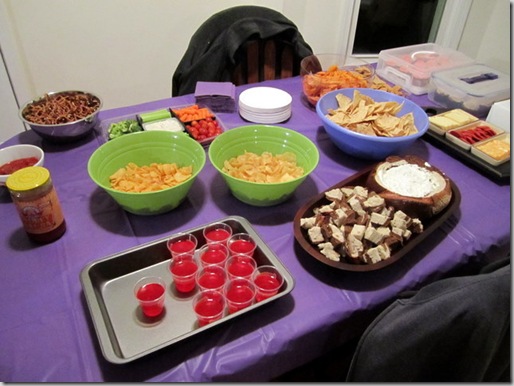 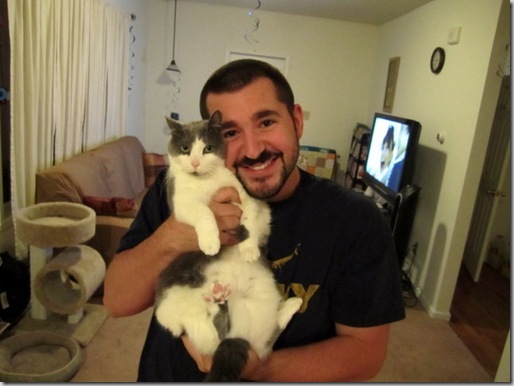 And, of course, birthday cupcakes! I had the pleasure of making the cupcakes for Kate’s party last night, and they turned out to be quite a hit. 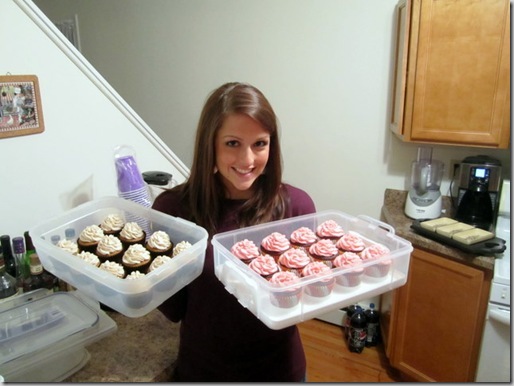 We went for variety, so I baked up a batch of these, these, 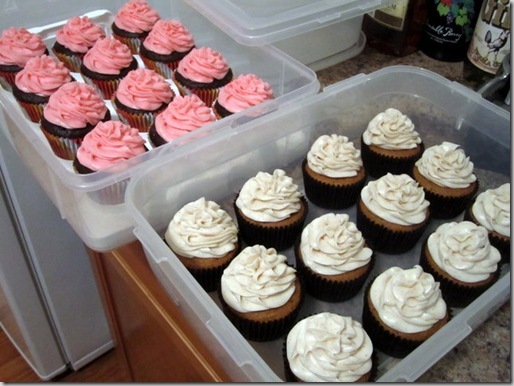 and these, but with regular cream cheese frosting which I’ve decided I like better than the original combo. I had one of those during the party and it was deeeelish. 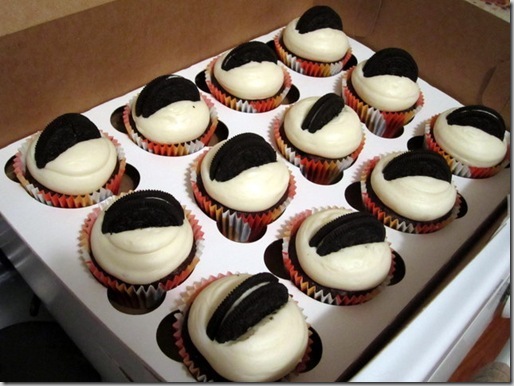 Jay and I are enjoying somewhat of a relaxing morning now before heading out for a fun afternoon with friends. Time to go make the coffee!

What’s the best birthday you’ve ever had? Why was it so great?

I think mine would probably have to be my 25th birthday. We had a Luau theme (in the dead of winter) and it was just an absolute blast! 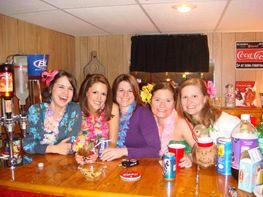 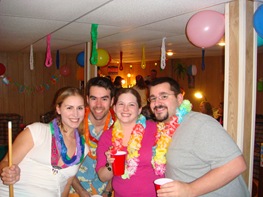 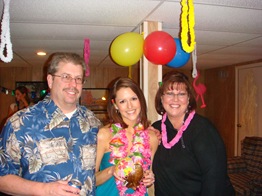 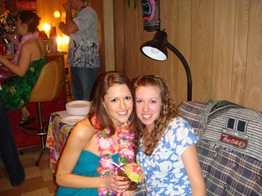 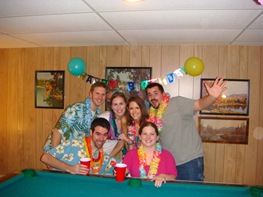 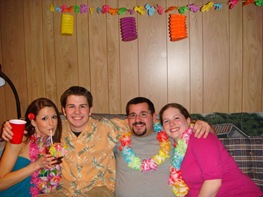 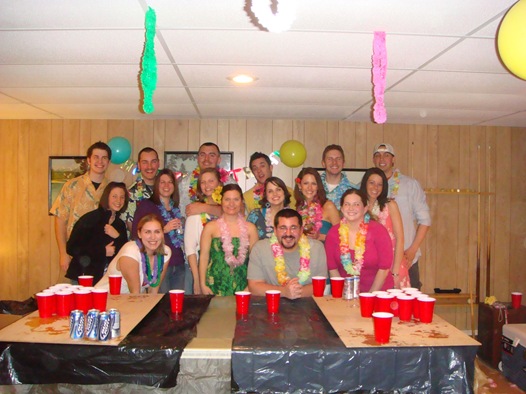