It’s always a good day when these girls are involved. 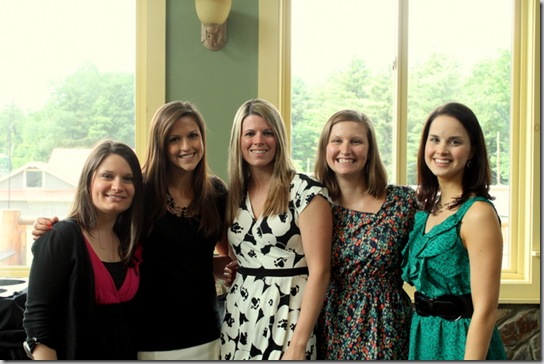 And now, after today, we’ve got another bridal shower successfully in the books! We (the bridal party) all arrived a bit early to set things up at the restaurant which, oddly enough, I realized I’d been to before because it was the same place that our friend Joelle had her rehearsal dinner. Small world! 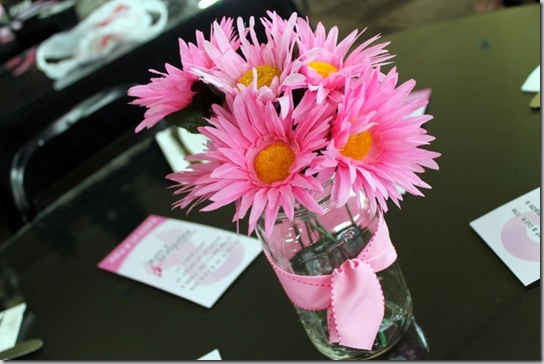 In lieu of favors, the bridal party decided to make a donation on behalf of each guest to Susan G. Komen for the Cure. 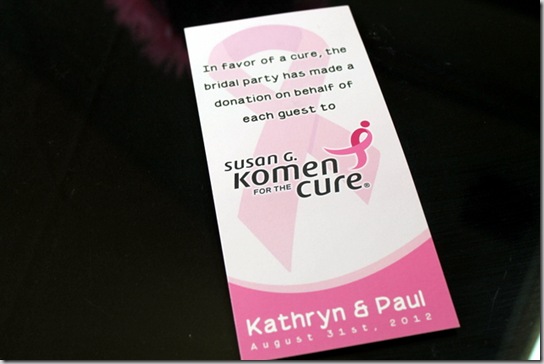 This was something that is very near and dear to Kathryn and her family, and we all knew that it would be a great fit.

Kathryn, just being Kathryn and the planner that she is, also arrived early before most of the guests did. She was a little anxious about the day, so we made sure to get her a little beverage to ease into things… 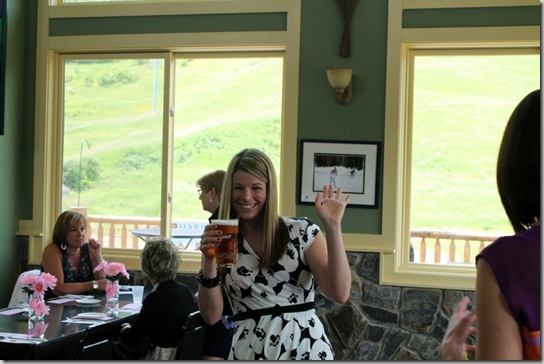 But you’d honestly never know she was feeling nervous because everything was great.

For lunch, we had a buffet of sandwiches, salad, veggies, soup, and fresh fruit. 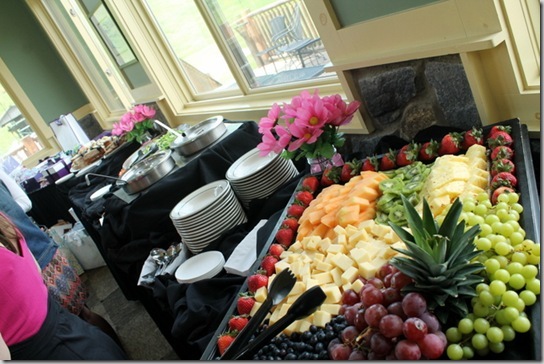 I dabbled in a bit of everything, which was all fresh and yummy. 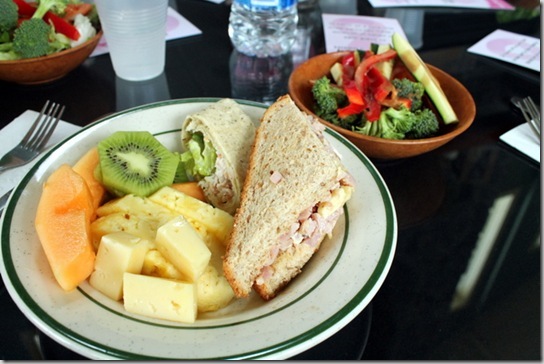 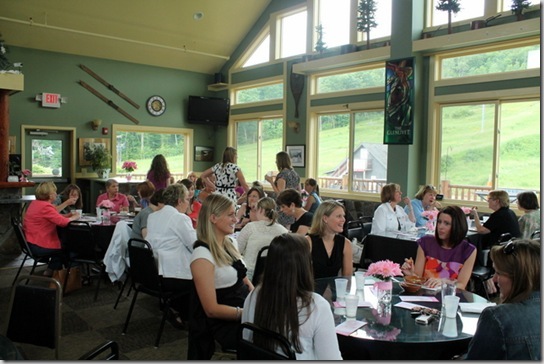 Shortly after lunch, Kathryn got started on opening her gifts and I’ve got to say that I think my favorite gift that she received was this basket she’s holding here. 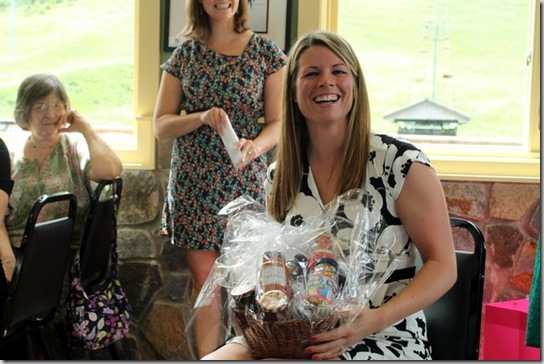 It was an “ice cream sundae” theme basket, complete with bowls, a scooper, and all sorts of toppings. Now that sort of gift is seriously right up my alley!

We also played a “how well do you know Paul?” game with her, which was rather amusing at times, if you couldn’t tell. 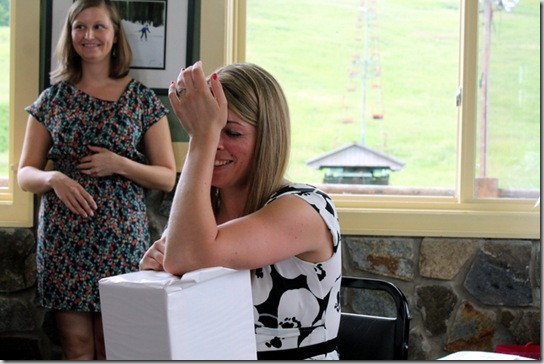 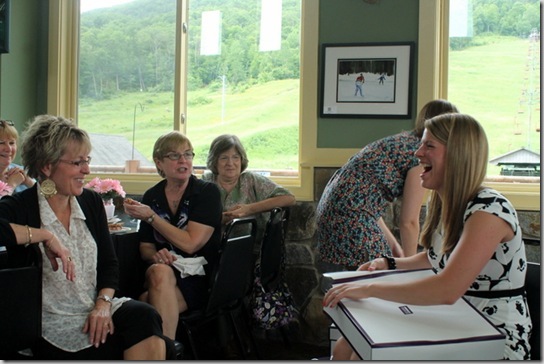 Almost as amusing as this gorgeous ribbon hat that we put together for her. 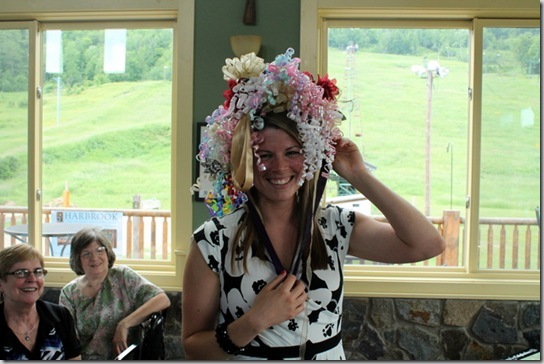 Did anyone else ever actually use this at their wedding rehearsal? I’m pretty sure I never brought mine to my wedding rehearsal, and most of the other girls who were there today said the same thing. Now I’m curious…

After gifts, we had cake. 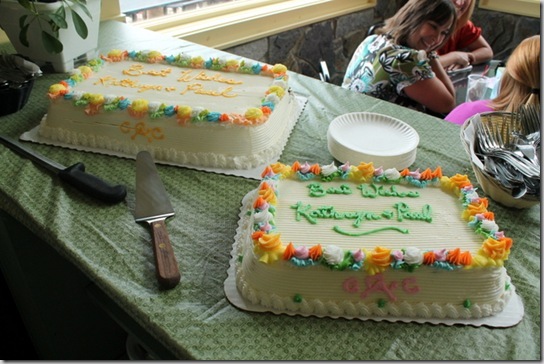 Ice cream cake, that is. I ate around as much of the chocolate ice cream as I could (crazy as it sounds, I can’t stand chocolate ice cream), but the big chunks of Oreos and thick layer of fudge underneath that vanilla top were ALL mine. 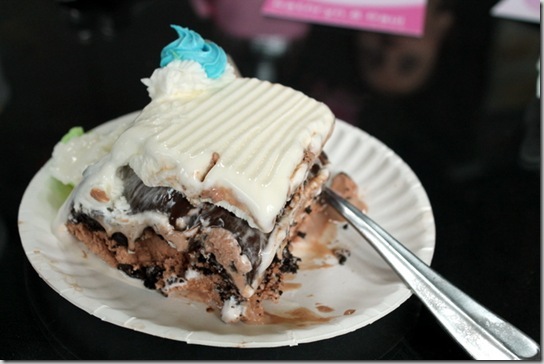 Overall, another great day with these lovely ladies. And before we know it, it’ll be wedding time… 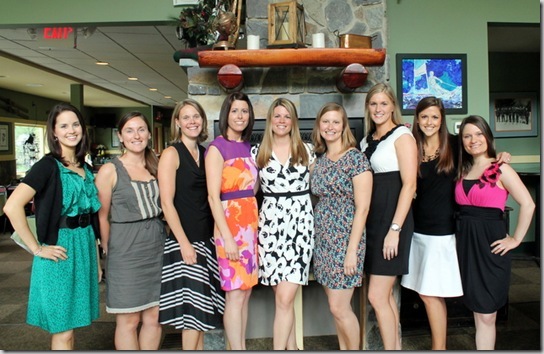 …but first we’ve got a couple fun bachelorette parties to thrown in there in the next few weeks! Oh gosh, I just love my friends’ weddings.

Time to go relax and enjoy what’s left of Sunday!