Yesterday’s Kegs & Eggs was such a blast!!!! 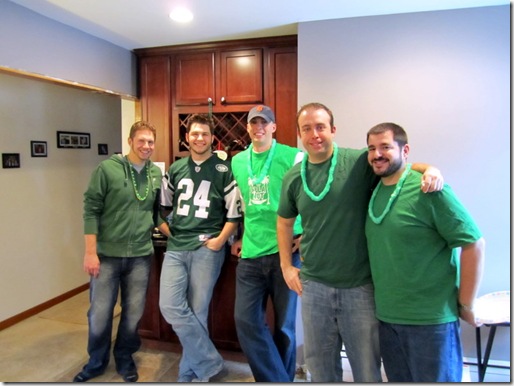 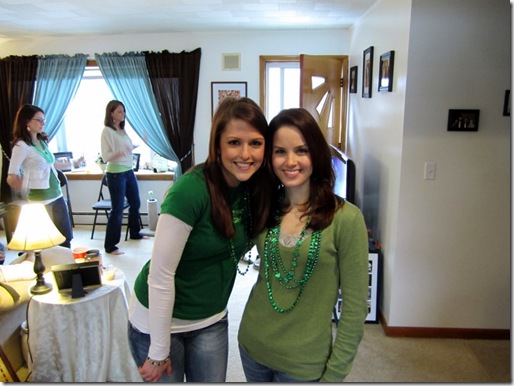 Once everyone started to arrive, we got to work on breakfast…Overnight French Toast & Egg Strata 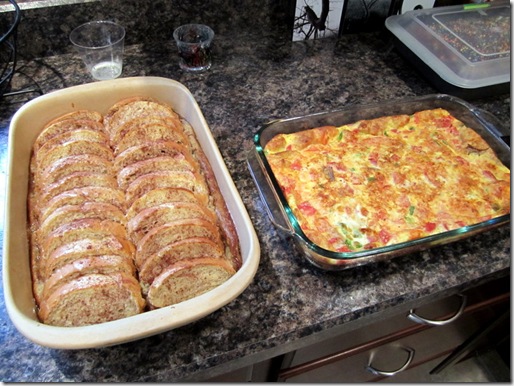 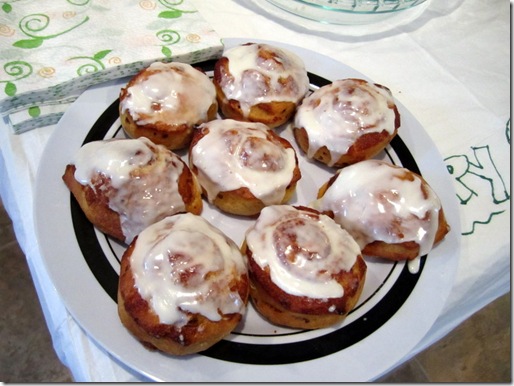 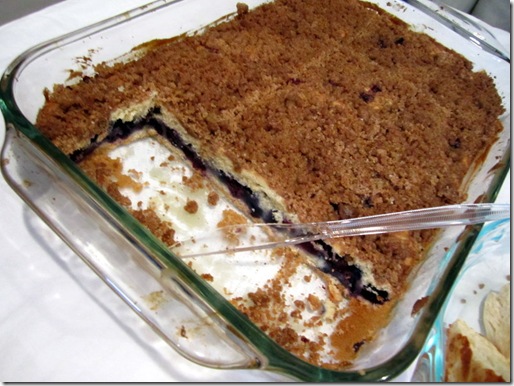 Plus some other goodies, including Kate’s Cheddar & Sour Cream Scones and Andrea’s brownies. 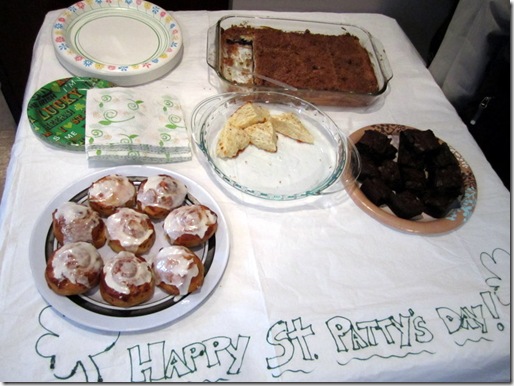 Then, of course, there were the beverages…

Frozen mimosas! They were good, but the general consensus is that they’re better straight up, not frozen. 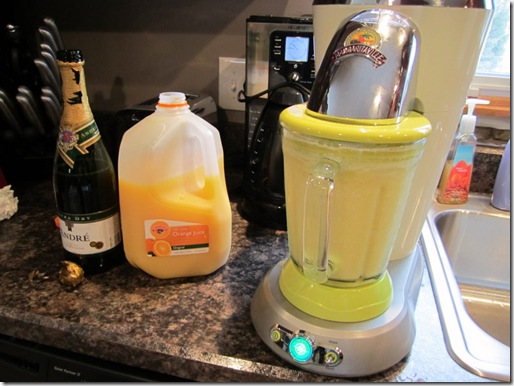 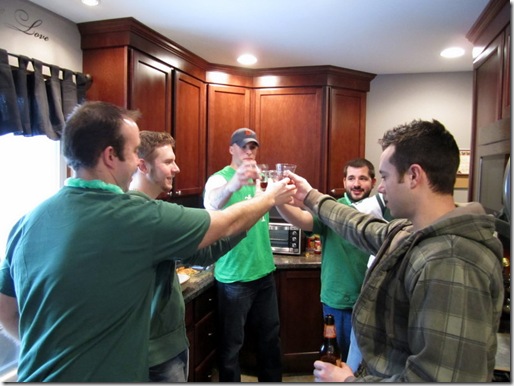 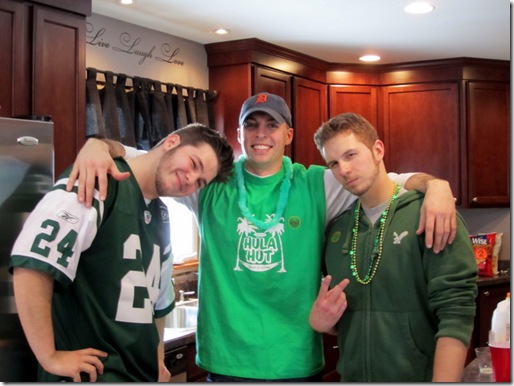 Eventually Just Dance 2 was broken out, and it was dance party time!! 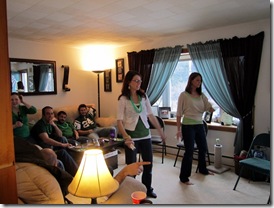 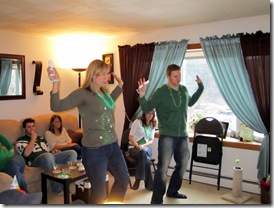 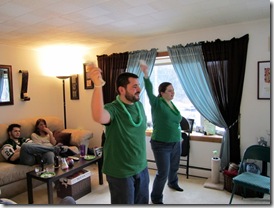 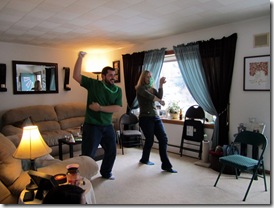 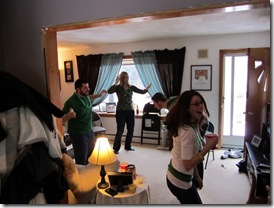 At first, Cody wasn’t quite sure what to make of everything going on… 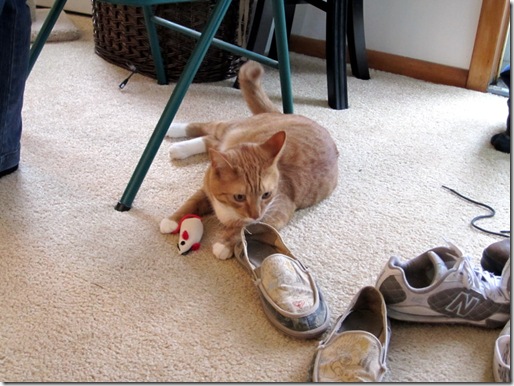 but he ended up having plenty of people willing to play with him during the day. He was a happy camper. 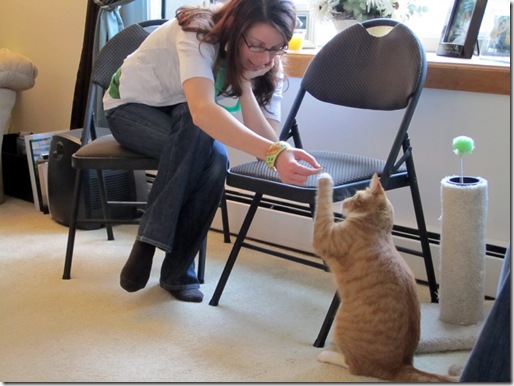 As the day went on, we all decided we’d rather just hang out at the house rather than fight the crowds at the parade. So we made our own fun shenanigans!

For example, my brother thought it would be fun to sled down the front of the yard. 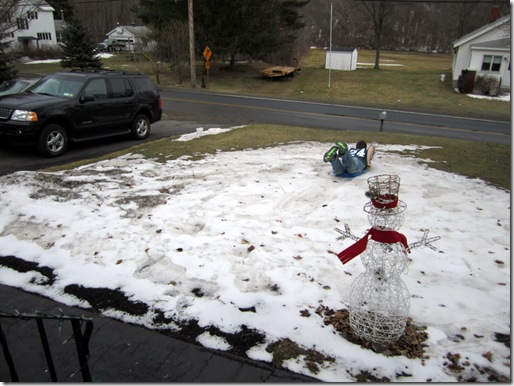 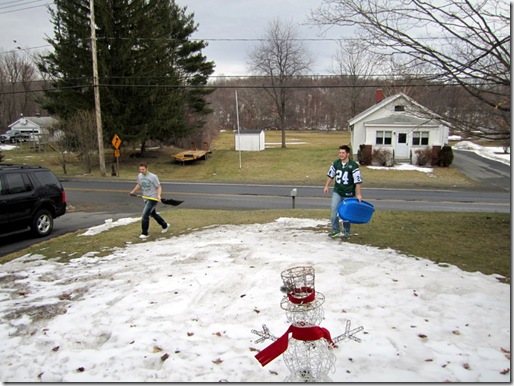 So then we brought the party out to the back yard, where some games of beer pong ensued. 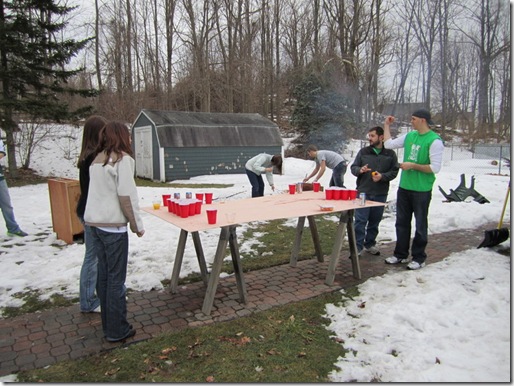 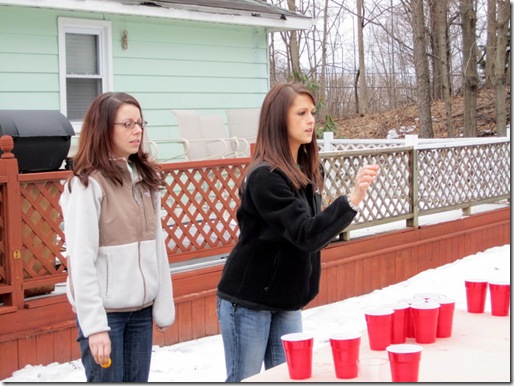 And then, once again, my brother thought it would be fun to “help us clean up our old kitchen cabinets” by smashing them with softball bats.

Jay also thought this would be a good idea. Ohhh boys. 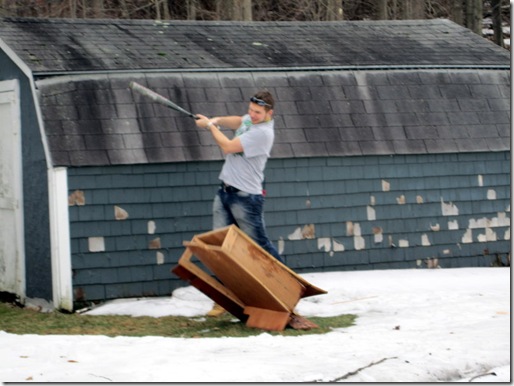 This picture really makes me laugh. 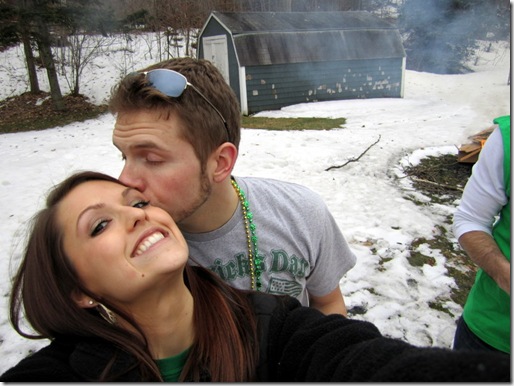 Jay and I just finished up some leftover breakfast, and now we’ll see where the day brings us. I was hoping to go out to look for a new kitchen table, but I was just informed that today is “Selection Sunday” with basketball soooooo, not sure if I’ll be able to coerce him out of the house.

Call me crazy, but I just don’t understand all of the hoopla over this “March Madness” stuff?

Do you follow college basketball? Do you get involved in any brackets?