Somebody is certainly enjoying his Friday morning… 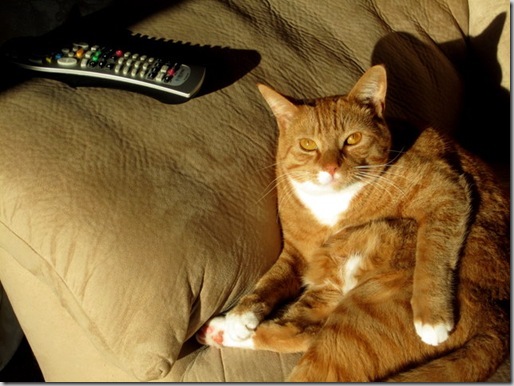 I came out from the bedroom this morning after getting ready, only to find Cody channel surfing on the tv and basking in the big stream of sunlight coming through the front window.

Okay, I’m only kidding on the channel surfing.

Clearly, he did not want to be bothered this morning. 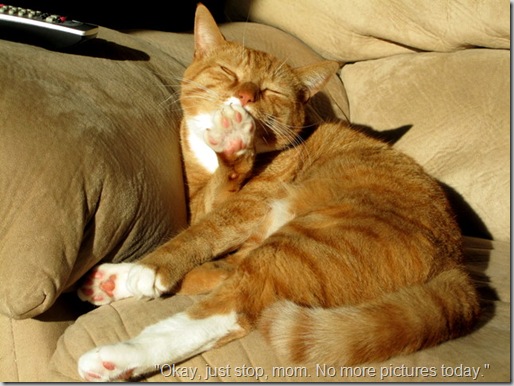 Of course he wants nothing to do with me now; no, that’s only when I’m in the middle of my workout and he wants to plop his tubby self right underneath my feet while I’m trying to kickbox my face off. Sheesh!

Speaking of workouts…Day 19 of the challenge is officially finished! This morning’s workout consisted of another round of Xtreme Cardio Kickboxing + a Recovery Core workout. Things are still going well and I’m feelin’ good!

Last night I went to bed craving a pumpkin pie smoothie. However, considering the fact that my Raynaud’s was kicking in like crazy this morning from being so cold, I had to switch things up and go with some warmth.

First up, coffee; delicious to drink, but also the perfect hand warmer. 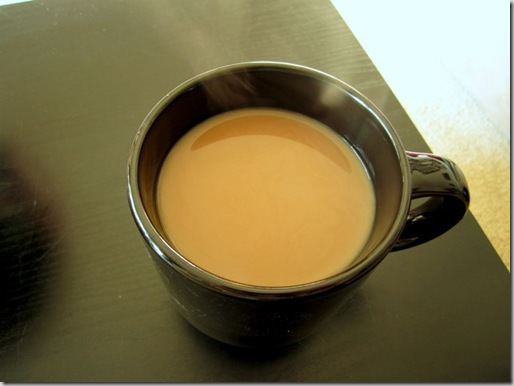 While I sipped on that, I also whipped up a quick batch of Pumpkin Buckwheat. 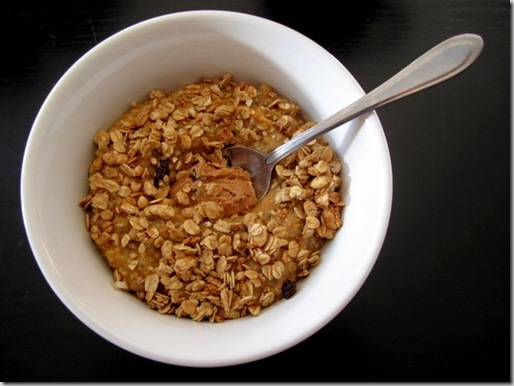 I used my usual recipe today, but also added in a scoop of SunWarrior in an attempt to help keep me full longer this morning. We’ll see how that goes… 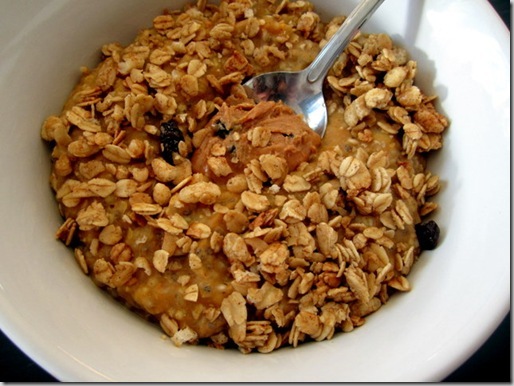 I also topped today’s bowl with some cinnamon raisin granola and a scoop of Cinnamon Raisin PB. As much as I love PB2 for being able to get so much volume out of it, sometimes it just doesn’t compare to the real stuff. 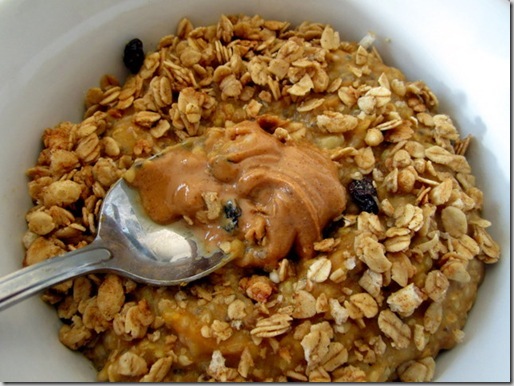 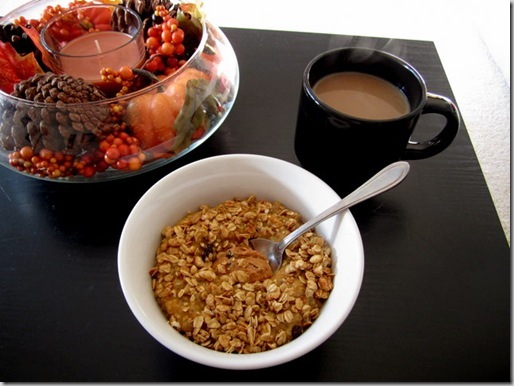 I’ve been meaning to bring this topic up with you all since last week when I was substitute teaching and am just now getting around to it…but anyways.

So one of the days I was subbing, I happened to be in a fifth grade class, which is typically about 10-11 year olds. At the end of the day, one of the students whipped out a brand new iPhone from his backpack.

Yes, an iPhone. Brand-spankin’ new. Fancy blue cover and all. And this kid knew how to use it, proceeding to show me how he flies through his different apps, his Facebook account, and his four different email addresses(?!?!?!). Seriously?

For some reason, this all totally shocked me. I mean, I’ve seen students with cell phones before, but I guess they’ve usually been the cheaper, pre-paid ones that parents will often get for security reasons, etc. But an iPhone? At 10 years old?!? I didn’t get my first cell phone until I was a freshman in high school and while it was no Zach Morris cell phone, it was certainly old school. 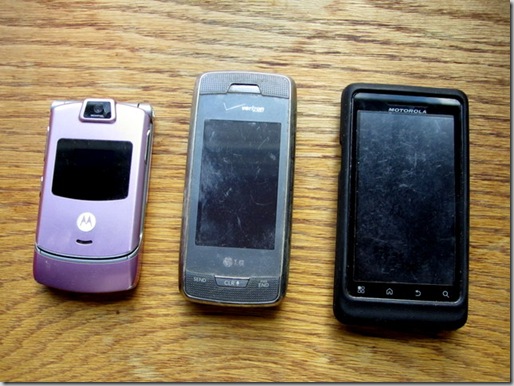 (My past three cell phones, which I do a number on by looking at the cover, right?)

Granted, I am not a parent, but someday I will be, and I just feel like I would be too paranoid about my 10 year old losing, breaking, or getting into mischief with something like that? I don’t know…it all got me thinking a lot about kids and technology, so now I’m wondering where all of you guys stand?

What do you think about kids and cell phones? How young is too young?

If you’re a parent with older children, do they have (or will they have) cell phones?

Do you think the amount of technology kids are exposed to these days is a positive or a negative thing?

Stay tuned this afternoon for a fun Fashion Friday post!!

« Ohh I Forgot To Tell You
Fashion Friday: Indian Fashions »