Can’t you tell that my friend Joey and I were psyched?!? 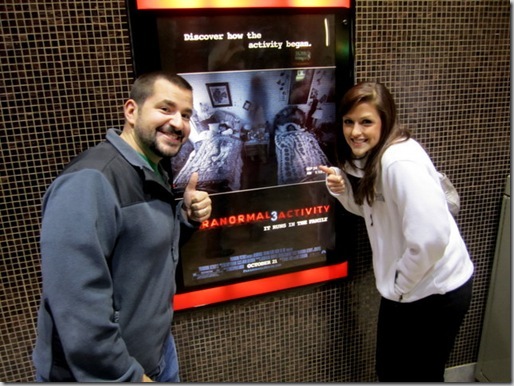 After weeks and weeks of waiting, Joey and I finally dragged out Jay and went to see Paranormal Activity 3. I won’t give anything away since I’m sure some of you are probably going to see it, but I will say…

Before the movie started, the three of us did have a good time being goofballs. 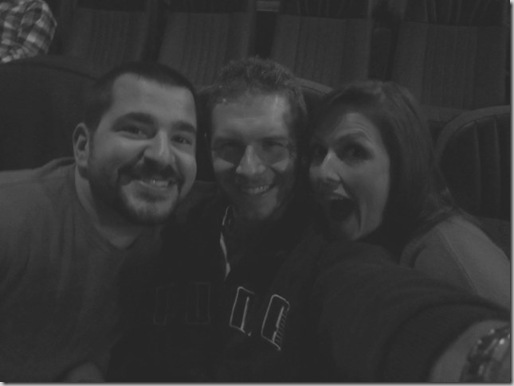 Oh yes, and we had candy too. (Earlier in the day, Joey said he called dibs on the candy corn M&M’s, so I made sure to bring ‘em to share.) The verdict? They taste nothing like candy corn…only white chocolate and they are super, super sweet. They actually weren’t a favorite of any of ours, but I’d be willing to bet they’d be good mixed into a salty trail mix or something? 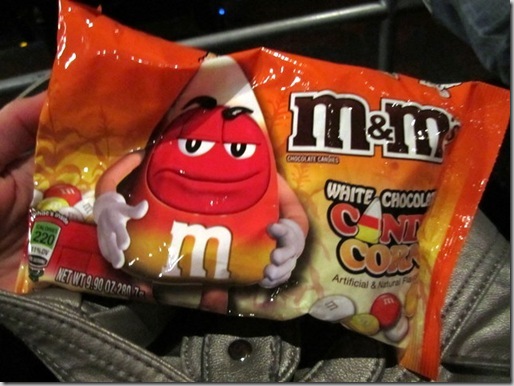 The three of us had a really good time at the movie, but we had an even better time before the movie because we went out for a little Happy Hour and had Kate to join us, too. 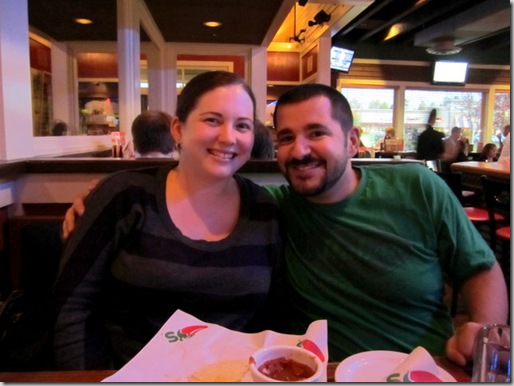 Scary movies are not Kate’s thing, so she had no desire to go see it with us (she definitely would not have liked this movie) but she made sure to join us for happy hour at Chili’s which was awesome. Nothin’ like a double date Happy Hour with great friends, right? 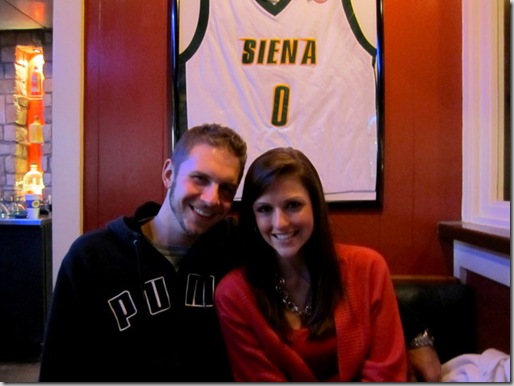 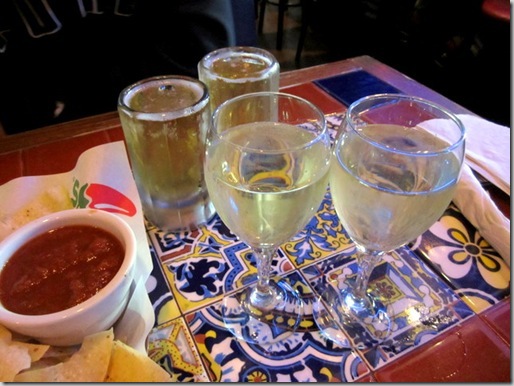 Beers for him, Chardonnay for her (err, me).

We also got there just in time to take advantage of some of their Happy Hour food specials, so we ordered a few items for the table to share.

Bottomless chips and salsa (their chips are so, so good) 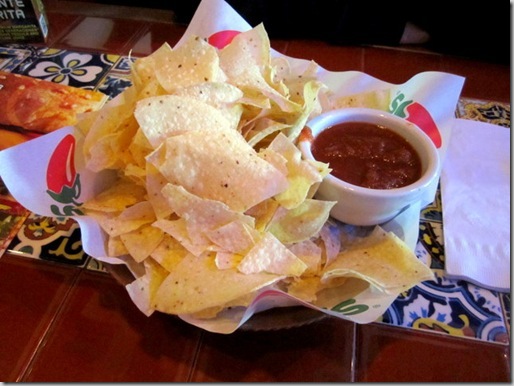 Nachos (yes, there are 8 nachos there…wasn’t expecting that) 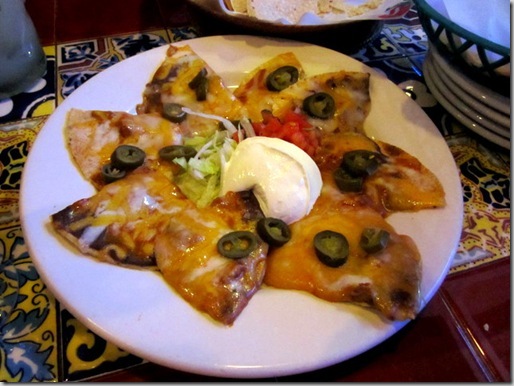 Boneless Buffalo Wings for the boys 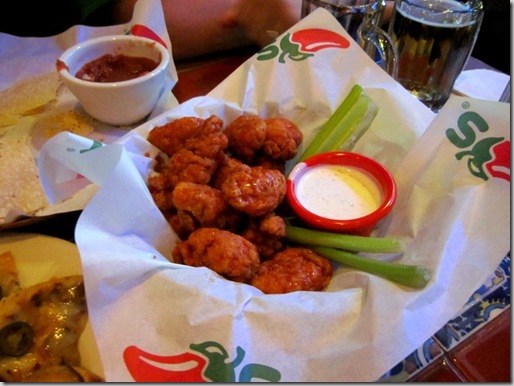 Since I can’t really make a dinner of chips and salsa and a couple of nacho chips with cheese, Jay and I also decided to share a grilled chicken sandwich. Our waitress was already pretty cool for the night, but she earned herself an “awesome” status after coming out with our sandwich split on two plates. 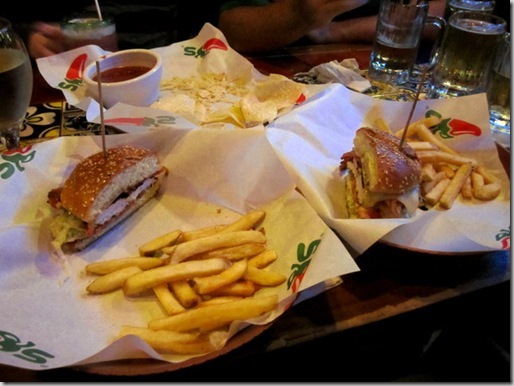 It was pretty good! Honestly, Jay and I typically avoid chains, for the most part, because we really like frequenting smaller, local businesses. That being said, there are still a few that we enjoy every once in a while…especially when they have 2 for 1 drink specials.

I have a busy day of doing things around the house and finishing up some very special cupcakes for a very special birthday girl. I’ve gotta give a shout to my girl… 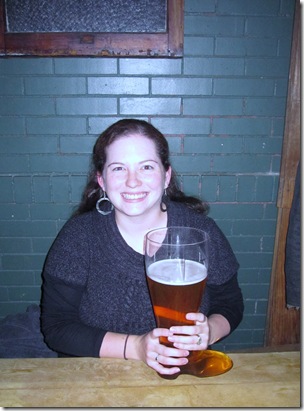 (That’s a picture on her birthday last year which, ironically, consisted of going to see Paranormal Activity 2 before heading out to celebrate her birthday. Basically the same thing this year, only we’ll be doing the celebration part tonight.)

I’ve already got my workout in for the day (20 minutes of HIIT, 5 minutes of steady pace running, and 20 minutes upper body weights) so now I’m off to go make some cupcakes. Catch ya’ll later!

Question for the Morning (pretty sure I’ve already asked this one, but…):

Do you enjoy chain restaurants? What are your favorites?