Well I knew I took somewhat of a break from my phone this weekend, but I guess I didn’t really realize just how much until I sat down to type up this post. Whoops!

It was a good weekend, fairly uneventful, really. It was the kinda weekend where we were in our jammies until 2-3pm both Saturday and Sunday…lazy and fabulous.

Friday was slightly more eventful, starting out with an afternoon outside with my favorite little guy. 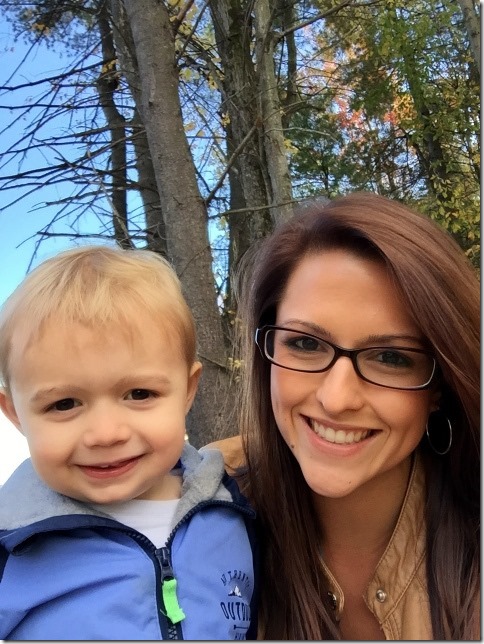 As soon as we got home from work/daycare, I knew he was going to head straight for his sandbox and, sure enough, he didn’t surprise me. So we grabbed his toys and buckets, and off we went to the sandbox. 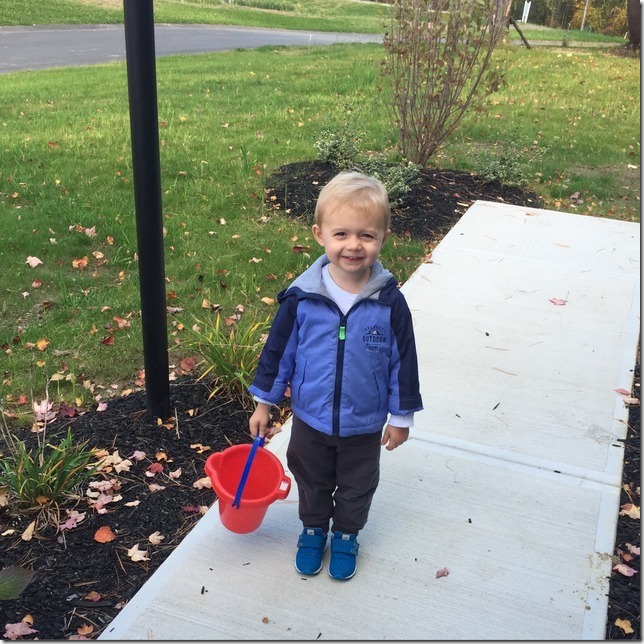 Side note…since when did my baby look like he turned 5??

We blasted some Pitbull radio and had a great time drawing our names and shoveling sand. 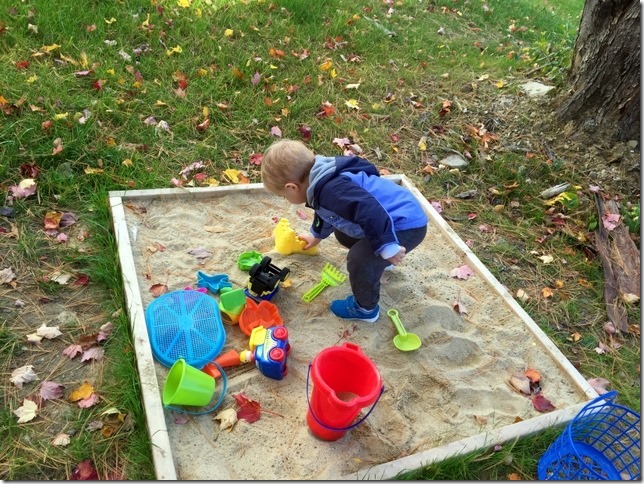 Fast-forward a bit to later in the evening, and we had our friends Joe & Kate over! 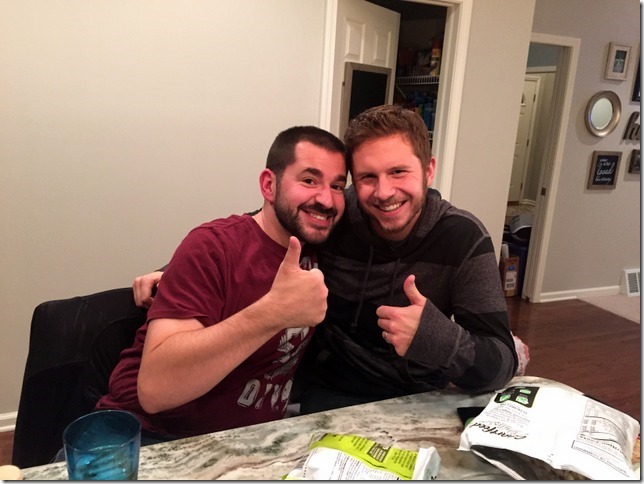 This was one of the first times we’ve hung out just the four of us in a LONG time, so we had a blast catching up, enjoying some drinks, and playing a few rounds of 10,000. 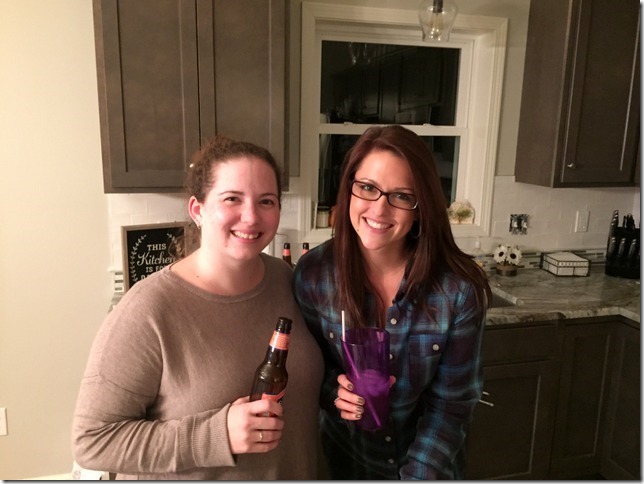 These guys are always such great company!

Saturday didn’t have too much going on. We were originally supposed to be having a housewarming party, but we decided to postpone it with the way things are going with my father in law right now. It just didn’t seem like the right time. So with a free day on our hands, we remained lazy for most of it, went to visit my FIL in the hospital for a little while after Lucas’s nap, then came home to dinner waiting in the crockpot. 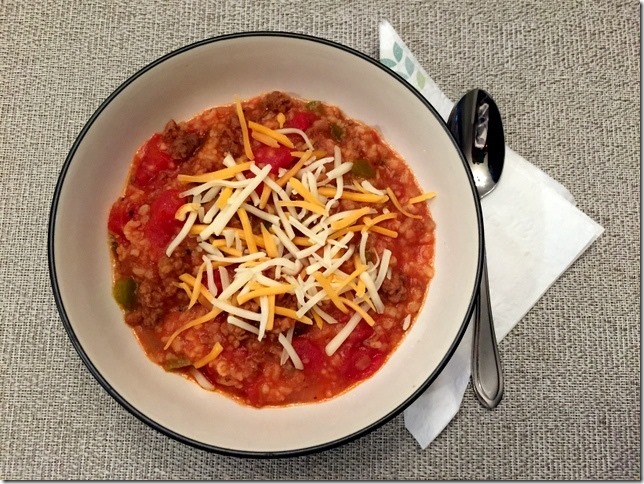 That Crockpot Stuffed Pepper Soup is just SO good (and turns out, it’s even better with a little shredded cheese on top!). Have you tried it yet??

Sunday was another slow, quiet day. It was freeeezing outside, and actually wound up snowing, which was boggling our  mind. 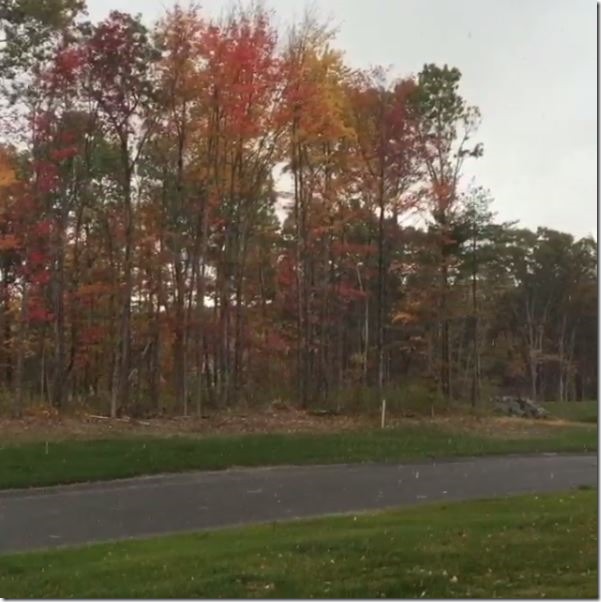 Thankfully, the snow let up by the time we had to head out for our family photos, which I think turned out pretty well. The photographer said she usually posts a teaser or two a few days after the session, so I’m super excited to see them!

It’s a good thing the session was short, because by the time we were wrapping up, our hands were frozen and our noses were running. We headed home, I dropped off the guys, I went and took care of the grocery shopping, and then came back home so we could all make dinner. On the menu? 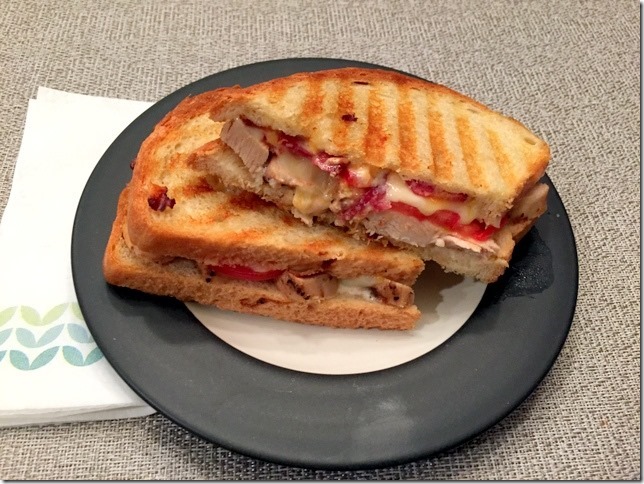 Or to be more precise, chicken, bacon, ranch paninis (apparently that’s our jam right now). Jay did a fabulous job of putting them together while I whipped up a batch of my favorite apple crisp. 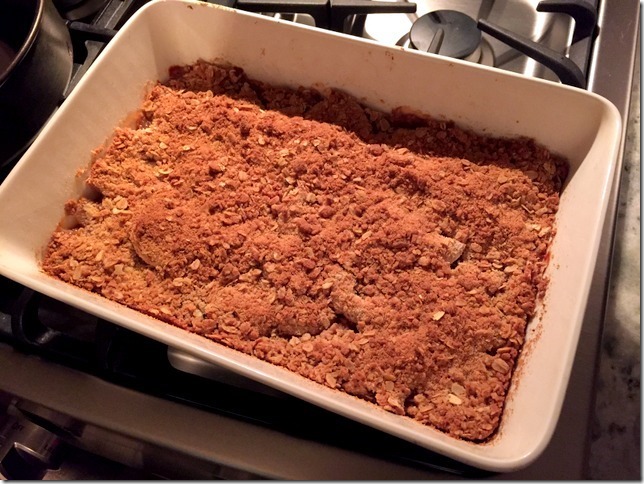 And now that I’ve got this post just about finished up, I think it’s about time to go dish some of that out because it smells deeeeeelish.

How about you guys? Did you have an awesome weekend? Do anything fun or exciting?