As you may or may not have noticed, I stepped away a bit from the computer this weekend. Granted, I was still on it but the websites I was on consisted mainly of Babies ‘R’ Us, Target, Amazon, and Etsy. Ahh yes…trying to finish up baby registries and find some cute invitations for baby shower. Thankfully, I was pretty successful in both areas – I found invitations I love AND am about 95% done with completing our registries. Whew, what a task!

But anyways, yes. I decided to let the blog be and instead focused on some other things that needed to be taken care of. And honestly, I have a feeling most weekends will wind up being pretty similar. I don’t know what it is – maybe it was pregnancy that started it, maybe not – but I feel like I’m in the midst of some new perspectives on a lot of things in life. It’s an interesting process, and one that I’m learning a lot about as I go.

I know I’ve mentioned something similar to this before, in terms of my views on food and whatnot, but I really do feel like I just have so much to share with you guys. Life has been so busy these days (mostly in a good way), and I just haven’t had the chance to really sit down and pour my thoughts out like I used to. And you know, I’m excited to do it…not only to share with all of you, but also because I really just want to put it all together for myself. I promise…one of these days I’m going to get to it!

So as for the weekend? Well, it was great. A low-key Friday evening, a productive Saturday at home followed by dinner out with friends, and a VERY busy and productive Sunday. We are making a ton of progress on the nursery and I am just thrilled at how it’s turning out. We also had the rest of our furniture come in, so now it’s just a matter of finishing up the walls, some trim work, and finalizing some bedding. Eeeeek!

As far as food goes? Oh there was plenty of good stuff to be had. I didn’t bother snapping photos of everything, but there were a few highlights… 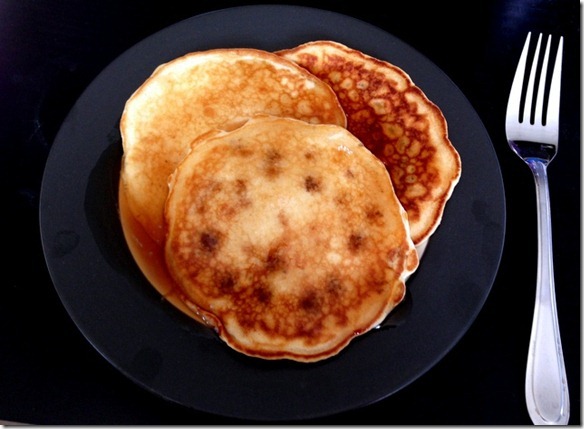 He made our favorite pancake recipe but also mixed some cinnamon chips into a few of them. SUCH a great idea.

Yesterday I also did a little baking, in the form of my Neapolitan cupcakes with ice cream frosting. The guys at Jay’s work have been asking for cupcakes for weeks now, so since I had some time this weekend I figured I’d make them a little something special. 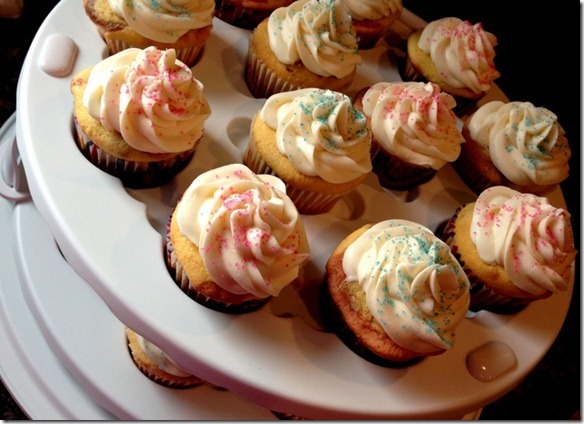 They are crazy about cupcakes over there, I’ll tell ya!

In the middle of making cupcakes yesterday, I realized I had a couple of bananas that needed to be used, so I whipped up a batch of Dark Chocolate Chip Banana Bread…only with cinnamon chips instead. 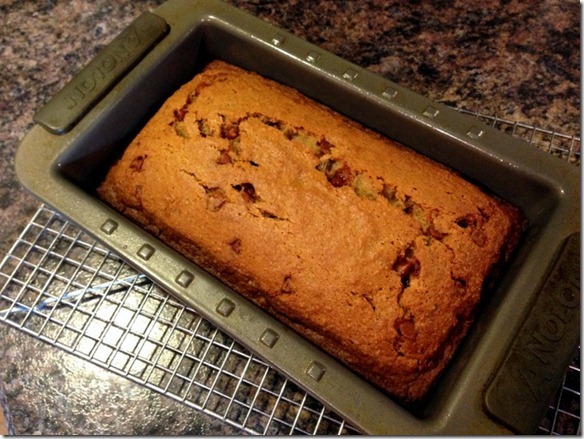 Apparently we were on a cinnamon chip kick this weekend, eh? ;)

For dinner, we had thawed out a whole wheat pizza dough from the freezer but weren’t quite sure what to do with it. Eventually, we decided on garbage bread. 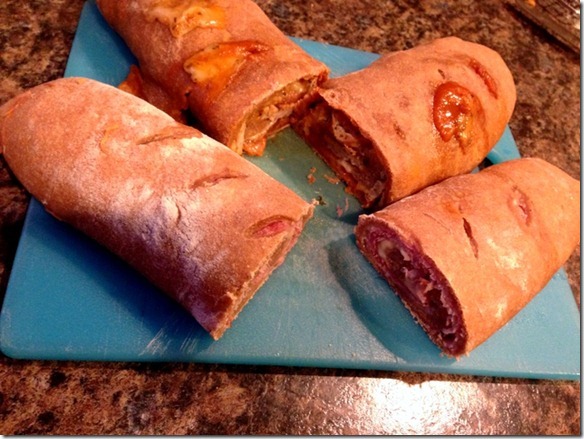 I made two mini loaves – one with garlic aioli, slices of deli ham, and cheese, and the other with pizza sauce, sliced chicken sausage, and mozzarella cheese. 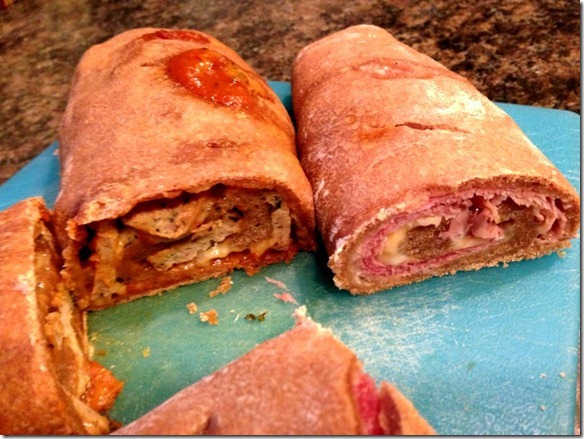 Both were good, but I think the chicken sausage one was my favorite.

So with all of the carbs and goodies that were enjoyed over the weekend, I figured I should probably make an attempt at adding some veggies in today…so I made myself a nice big salad for lunch. 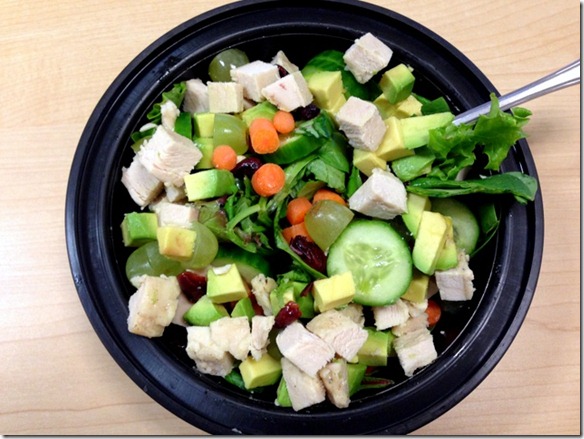 This is actually a salad that I had on Friday, but today’s salad looks just like it – lots of veggies, avocado, raspberry walnut dressing, and TJ’s roast turkey. 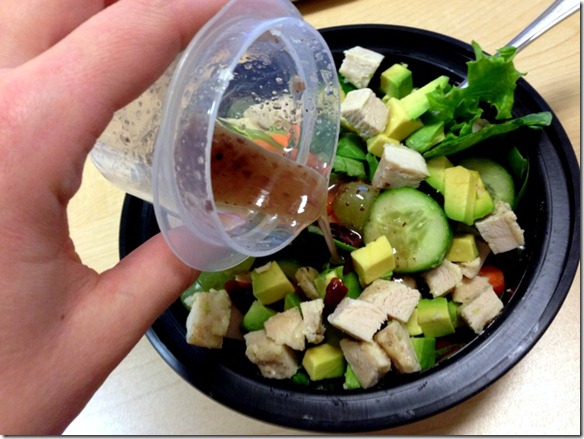 So how was everyone else’s weekend? Do anything fun and/or exciting?

And on a totally different note, how the heck are we already halfway through April? Seriously?!?!