Wooo Hooo!! We’ve got over 200 participants in the 2012 Closeout Workout Challenge so far! I loooove it.

Just a quick heads up for those of you already signed up (or thinking about it!)…we’ve now got the official hashtag for this challenge: #closeoutworkout. So use it all during the challenge, or even before the challenge…hey, feel free to hashtag it out until your heart’s content!

So, today. Let’s talk about today. You see, on any given day, I could confidently tell you that 99.9% of the time, you will find some sort of food either in my purse or my car. I’m a gal who likes to eat, so I usually try to keep some sort of snacks nearby in case of emergency.

So this morning, I had to head out of the house around 10am to take care of a few things. Well, those few things wound up turning out take a lot longer than expected and when I went into my purse to look for a snack…there was NOTHING. Ohhh, it was terrible.

Finally, around 12:30pm, I had a chance to swing by a Subway and pick something up because had I waited until I got home, I probably would have been missing a few limbs. 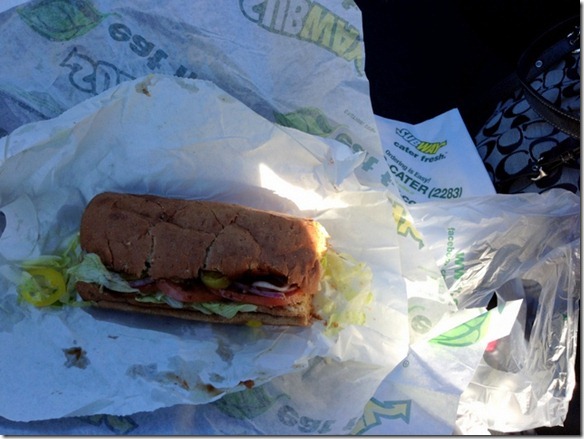 At the recommendation of dear hubby, I ordered a six inch Tuscan Chicken Melt on wheat, which was actually pretty good (then again, with my hunger, anything would have been good). I got mine with lettuce, tomatoes, onions, and banana peppers. Yummm. 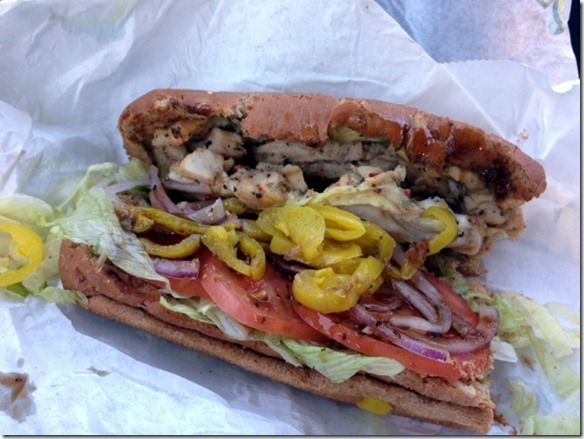 I opened that bad boy up as soon as I got back in the car and proceeded to scarf it down right in the parking lot. No shame.

Lesson Learned: ALWAYS replenish the purse snacks as soon as they run out.

By the time I got home, I had a few other tasks to take care of and never got a chance to make it to the ‘ol computer until now. Today TOTALLY flew by…anyone else??

Around 3:30, I was hungry again so I snacked on a clementine and an apple cinnamon Chobani. 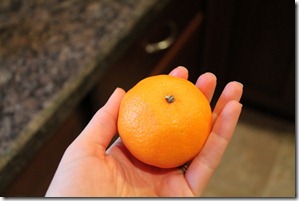 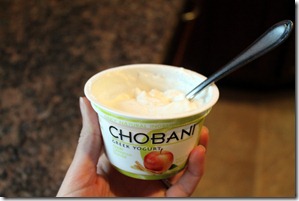 I actually ate my CHO while I waited for a quick batch of cookies I whipped up to come out of the oven. Check these babies out. 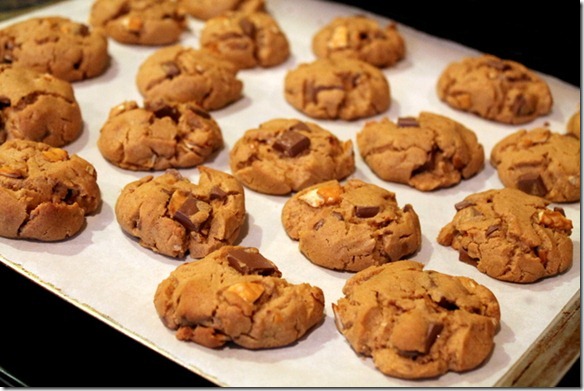 They were suuuuper simple to make, but we’ll see how they turn out. If they pass my taste test in about, ohh, 30 seconds, then they’ll be joining me and Jay tonight when we head over to Sarah & Jeff’s for dinner.

Now, if you’ll excuse me…I have a cookie to go taste test.