…about what happens when you get lazy.

I had grand plans for dinner last night. I had bought a head of cauliflower at the store last week with all intentions of making some sort of mashed concoction with it. I’d read recipes, seen photos, and was pumped to give ‘em a shot; especially since I’d already attempted and made them successfully with potatoes.

So last night, I set out on making my mashed cauliflower. I was so into it that I even tried roasting a head of garlic for the first time (<—if you’ve never done this, promise me you will…it’s incredible. Just follow these simple steps).

Unfortunately, my plan backfired all thanks to the fact that I was too lazy to want to cook the cauliflower in a pot on the stove. I didn’t want to have to wash another pot?! So I decided to microwave it instead…and the damn stuff barely ever got soft. 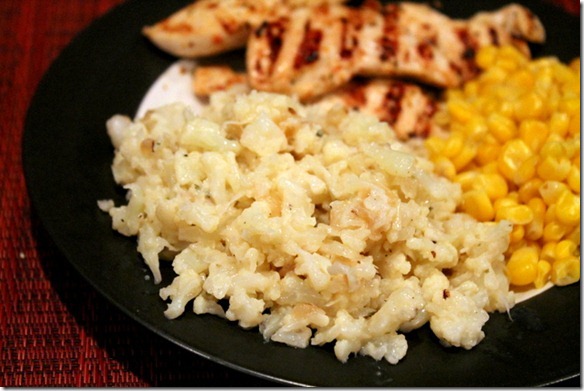 After about 15 minutes of microwaving, and everything else already cooked by this point, I threw my hands up in the air saying ehhhh-ohhhh, baby let’sss go said “Oh, screw it!” and just went ahead and continued making the recipe. Ughh, so disappointing.

And the real kicker? Had I just cooked and prepared them in the pot, I would have had the same amount of dishes. I’m such a terd. 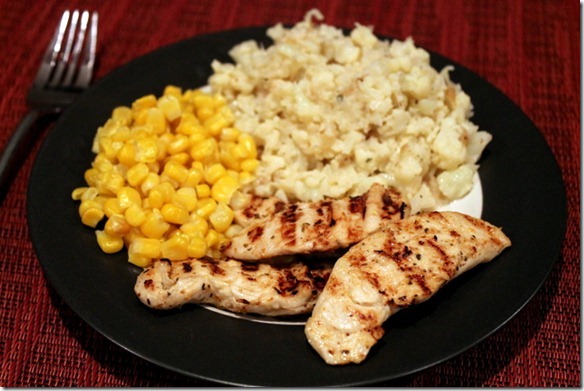 Luckily, the flavor of them wasn’t all that bad, so I was still able to eat and enjoy them along with some grilled, marinated chicken tenders and corn. Not the most colorful of dinners, but whateverrrr.

Hopefully all of you managed to get through your own dinners last night without any major snafus.

Hey, at least I managed to get through breakfast without any issues. 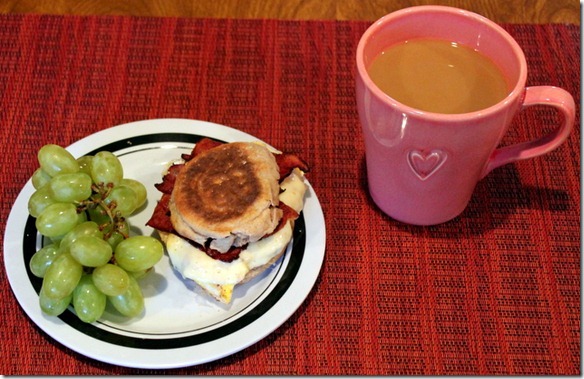 I stole a bunch of Jay’s grapes for a little extra sweetness along with my yummy breakfast sandwich this morning. 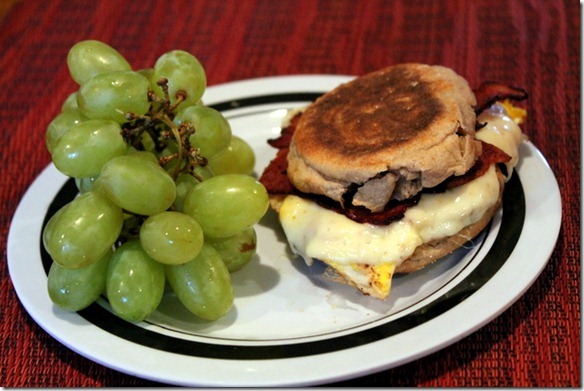 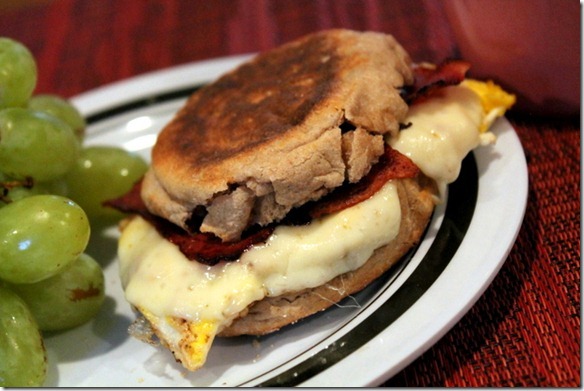 All sorts of good stuff goin’ on right there I’ll tell ya!

When’s the last time your laziness came back to bite ya in the rear end?