Well happy Monday to you all! And for those of you who are lucky enough to be off on this special MLK holiday, I wish you all a fantastic day.

So this weekend was really a great one. On Saturday, I had my friend Joelle’s baby shower which was just adorable. She did a gender reveal which most of the guests were not expecting, and we all got to vote on what we thought it would be. I guessed boy…and I was right!

On Sunday, as many of you may have seen, I spent much of my day out and about running errands. Some were boring and necessary (i.e., grocery shopping) but some wound up being super fun (i.e., clothes shopping!). I had to run to the mall to return a pair of boots that I got for Christmas from JCPenney. I was originally planning on just returning the boots and leaving, but the I passed by all of the bathing suits and realized I should check them out. 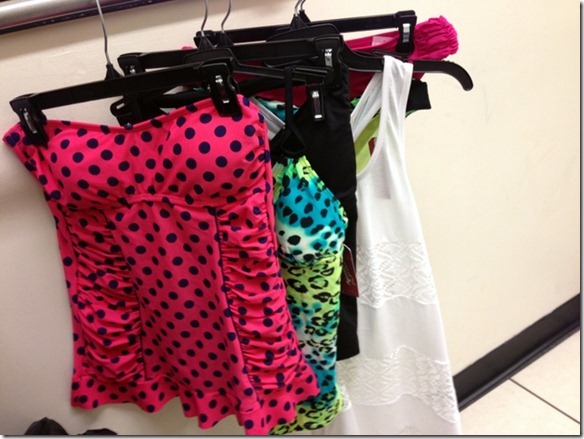 Well, as it turns out, they had a bunch of cute ones, and I wound up getting three tankini tops, three bottoms (some can be interchangable), and a new cover-up. Mexico, here we come! 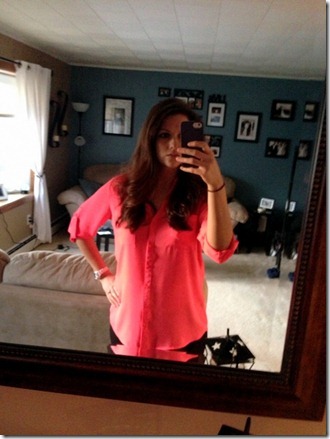 That is the Portofino shirt, which I also got in ivory, along with this top in mardi gras.

Some of you were also curious about my Starbucks beverage. I thought you might be. ;) 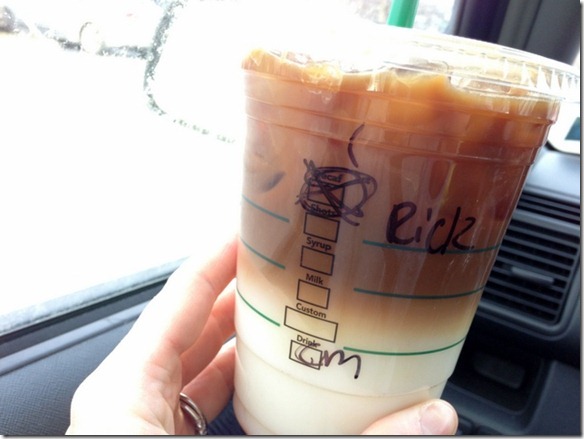 First things first, my beverage of choice was a grande, decaf, iced, nonfat caramel macchiato (talk about a mouthful, right?). It’s one of my absolutely FAVORITES. But really, I know many of you want to know what’s up with the name…I’ll let you in on a little secret. I actually live a double life and go by the name of Rick.

Juuuuuust kidding. There was a mix up with the barista and she accidentally switched orders. Besides, if I was going to live a double life, I’d pick a different name than Rick. ;)

Today, it’s back to work for me, and thankfully I took the time last night to put together some food for the day. 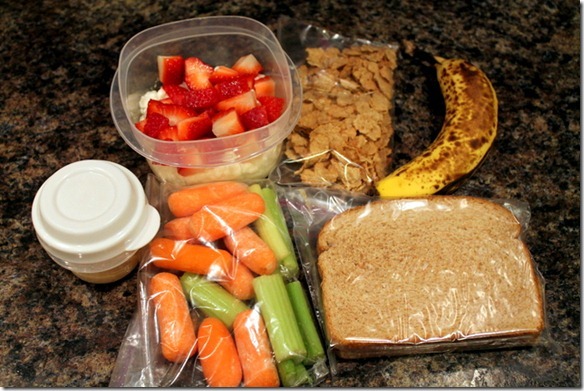 For breakfast, I have some pineapple cottage cheese with strawberries. 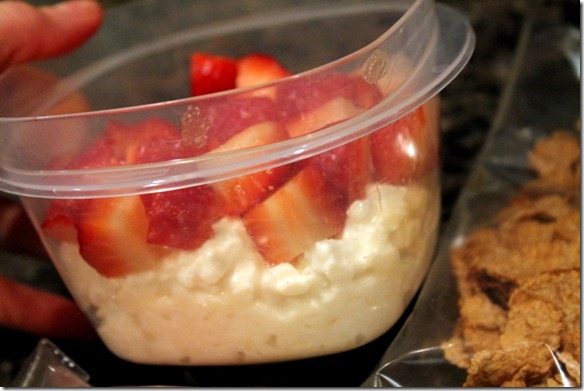 And I also have a piece of banana bread that I made yesterday. In case you’re curious, I made my Dark Chocolate Chip Banana Bread recipe, but I subbed in cinnamon chips for the chocolate chips. 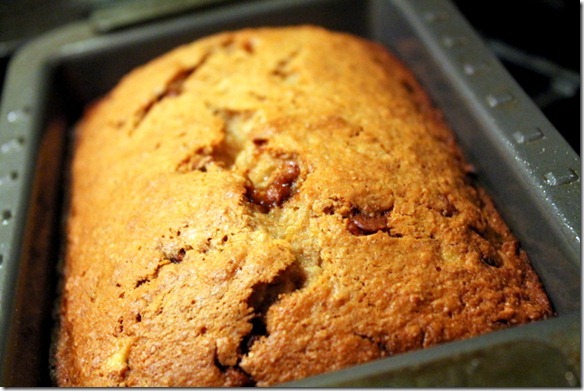 Let me tell you…it was one of the best substitutions I’ve ever made. It really just gives the bread an all-over hint of cinnamon and sweetness, and I’m totally in love with it.

As for today’s lunch, I packed some veggies and a good old fashioned standby… 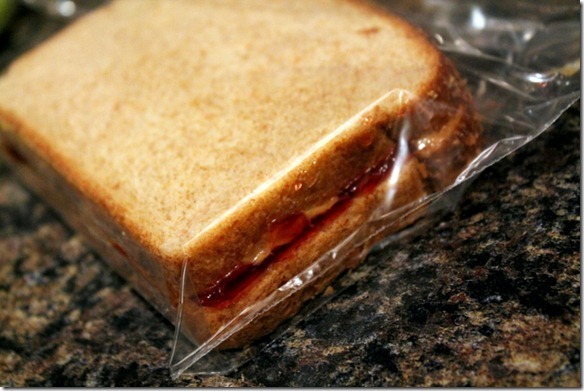 The classic peanut butter and jelly. It was the only thing that sounded good to me last night, and it’s still lookin’ mighty fine today, so I’m thinking it was a good decision. ;)

**FYI: The Baby Tooth page was updated this morning!**