Sorry, I can’t help with the sporadic Spanish talk every now and then. Jay and I have been doing it for the past couple of days and it appears as if we’re not quite ready to break the habit yet. Holding on to our vacation much, eh?

So this morning, I had a quick shift at work and got to catch up with a fun client of mine. She’s a lot of fun to work with and we chat about anything and everything, so our hour practically flew by. I was thinking I might try to squeeze in an upper body workout while I was there (YAY for normal biceps again!) but I didn’t get the chance. No biggie…I’ll make tomorrow a weights day. I’ve missed them.

By the time I got home I was ready for some lunch. Thank goodness we had leftovers from last night because it’s still slim pickins’ around here! I heated up two slices of leftover veggie pizza and paired it with some baby carrots + hummus. 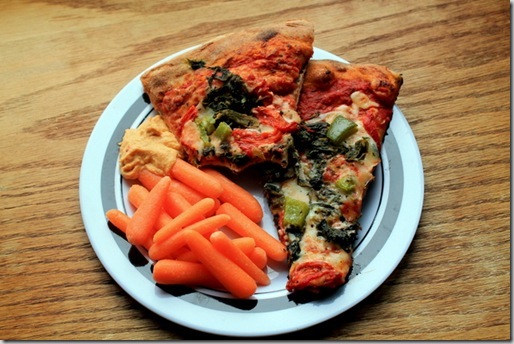 Good thing baby carrots last a while, since they’re the only veggie currently in our veggie drawer.

I followed up lunch with a little sweet snack: a banana flavored SOYJOY bar, which I heated up in the microwave for about 15 seconds. Folks, it’s like eating warm banana bread. AKA, it’s amazing. Just sayin’. 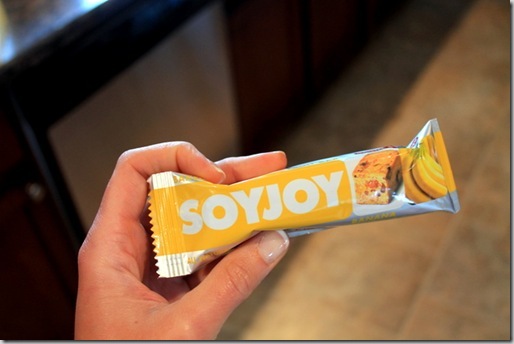 Later this afternoon, Jay and I are heading out to meet up with a few of our friends for a fun little local event called Saratoga Beer Week.

As if I hadn’t already indulged enough last week, right? At least it’s not fruity drinks…I actually don’t think I could take anymore of those for a while now. BUT…bring on some fun new beers to try!

(Okay, I swear I’m really not as boozy as I sound! Haha)

The event is actually put on by the same group that organized the Oktobeerfest that we attended back in September, so it’s sure to be a fun time. 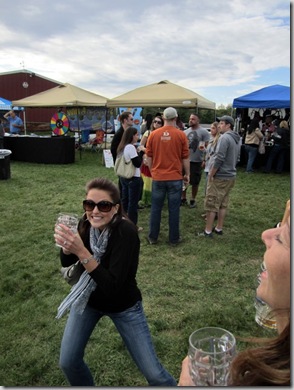 There are many events that are supposed to be taking place at some of the local bars and restaurants, including a few different beer tasting spots, food, and plenty of entertainment. Something tells me that today is just going to be a really, REALLY awesome time.

I’ll be sure to fill you guys and gals in later!