Whew, yesterday was definitely one of those “pass the coffee ASAP” kind of mornings. 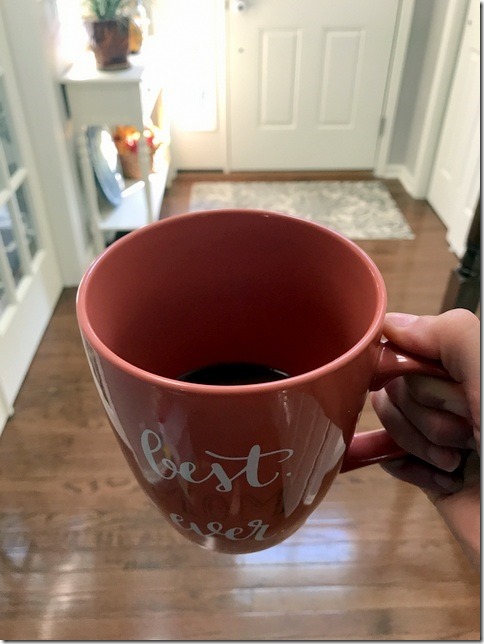 I don’t know what the deal was, but both boys were up twice the night before, and whew, mama was tiiiiired. Hence the reason I’m writing this post a day later than I expected, ha!

We actually didn’t have too crazy of a weekend to share, though. Saturday was fairly uneventful, while Sunday was a bit busier. The four of us enjoyed a little jumping in the morning, and then later in the afternoon, Lucas and I got to enjoy a little afternoon date <3 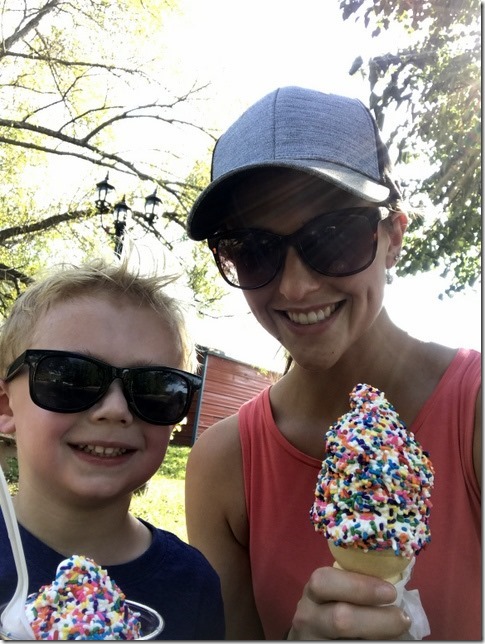 This kid has been begging to go mini golfing for a couple of weeks now, and was devastated to find out that the place we go nearby is now only open Friday-Sunday (when my MIL tried to bring him one afternoon after preschool). So since we didn’t have much going on, I figured it would be a nice surprise for him…and he was SO excited.

Which made up for the fact that I was sweating my face off the entire time we were mini golfing. Wow. (BUT, I will not complain because before we know it, it’s going to be disgusting and cold and snowy, and I don’t even want to think about that).

After we finished our (rather fast) round of mini golf, we went to check out the mini go-karts, only to discover that our big kid is actually big enough to ride them now. As if mini golf hadn’t already made his afternoon, this was pretty much the icing on the cake. 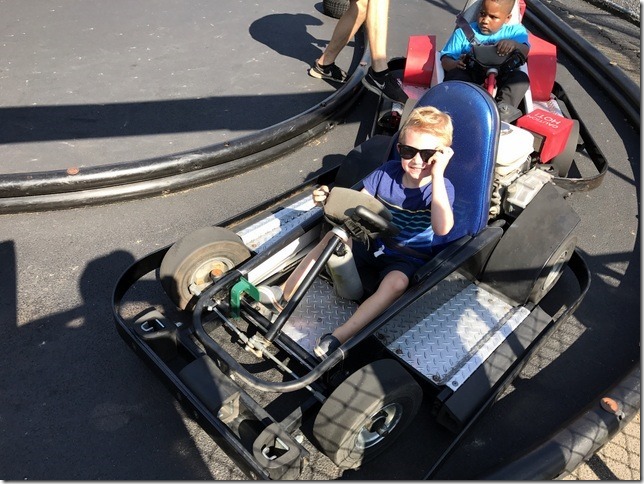 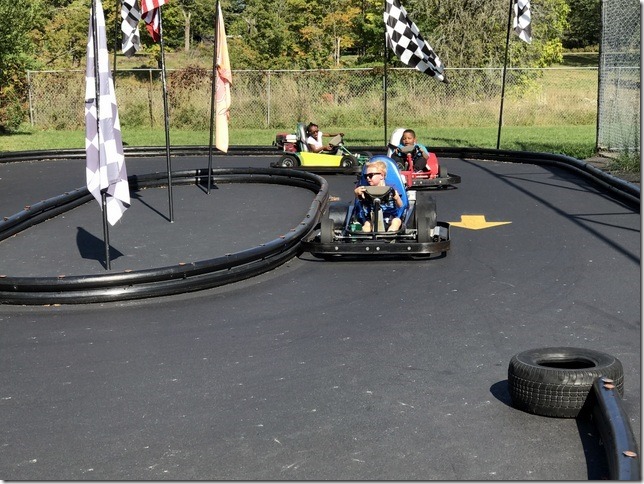 And, of course, you can’t go play mini golf without getting some ice cream once you’re done, right?? 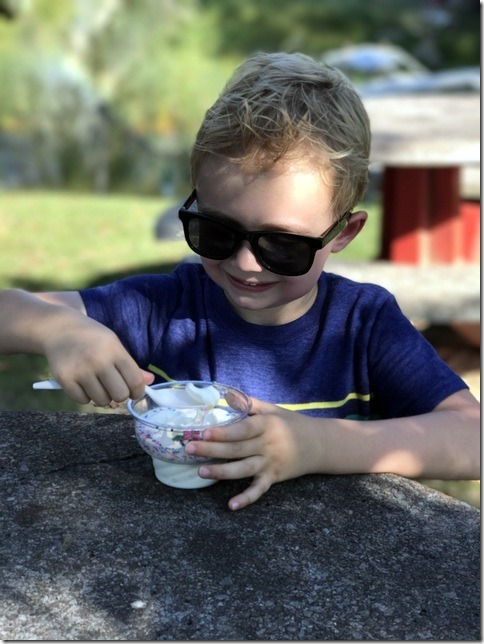 By the time we got home, Alex and daddy were outside playing, so we joined them in on some fun. 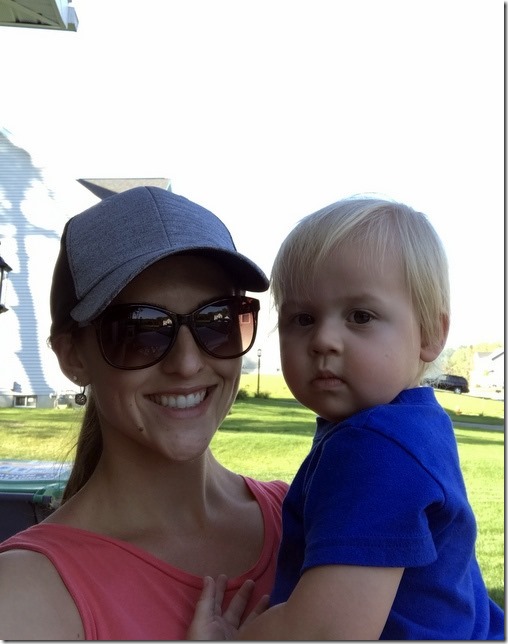 This kid. Always trying to get cozy with the hands behind his head! 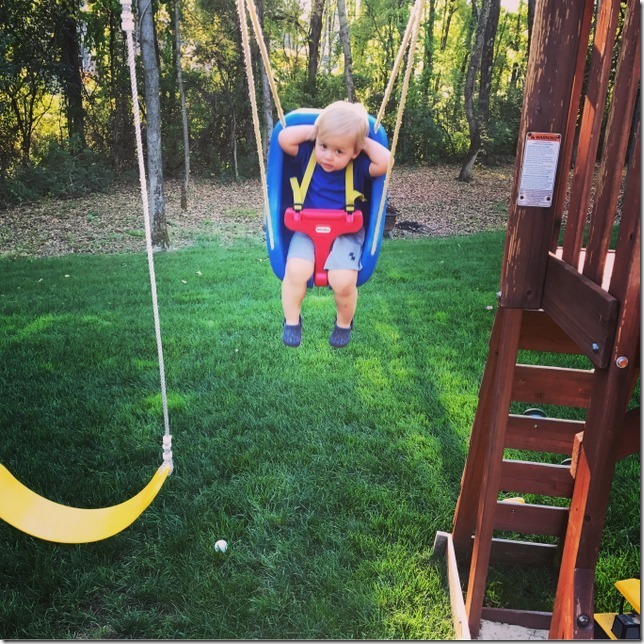 For dinner, we enjoyed some nice, fresh steak salads. 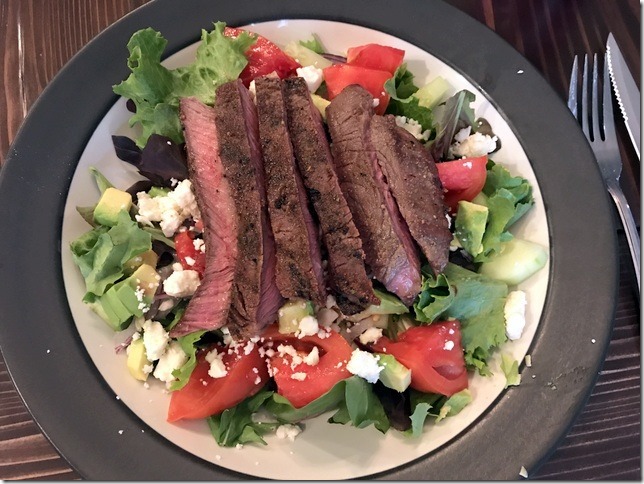 And then, just like that, the weekend was already over. Boooo.

But hey, hopefully you guys are all having a great week so far – hard to believe we’re already in the last week of September, right?! Yikes!