It’s the sickness that doesn’t want to leave our household…oooof.

Thankfully by Sunday, Lucas started acting a bit more like himself, despite the fact that he’s still sporting quite the runny nose, nasty cough, and now, a raspy and hoarse little voice. Poor guy. 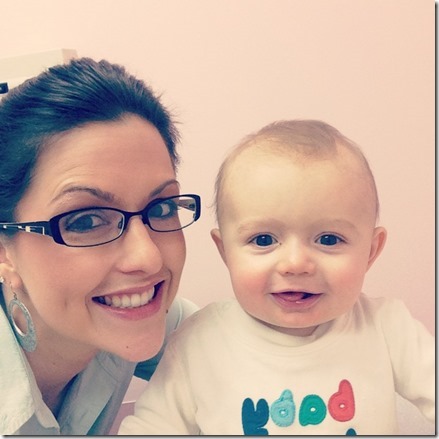 Unfortunately, my inklings on Friday that I was also catching it proved correct. I spent the entire day Saturday in my pajamas without even showering. Sunday and Monday I was pretty certain my head may just explode from pressure, and while I’ve been lucky thus far that it hasn’t happened, things haven’t gotten much better so I’m staying home from work sick today. That whole thing about “getting plenty of rest” when you’re sick isn’t exactly the easiest thing when you’ve also got a sick baby in the house!

…being able to smell again

…not being a slave to my tissue box

…having a nose that isn’t raw and red

…being able to get back to exercise again (my mind is soooo ready, but my body isn’t quite there)

So in order to have those things (hopefully) happen sooner rather than later, I’m taking today to fully rest up! But in the meantime, feel free to take a peek at some of the things I’ve recently been pinning on Pinterest (I go through phases…apparently I’m in a pin. all. the. things. phase right now)… I need to go shopping for spring clothes in a BAD way…so hoping my upcoming Stitch Fix has some items that look similar to these. I want my hair to do this SO badly (thanks, Brianne, for sending this to me!). Alright my friends, that’s all I’ve got for ya today. Hopefully I’ll be back with ya’ll tomorrow.