Nothing like ending the weekend by coming down with the inevitable cold that’s been circulating throughout the house for weeks. Blech.

Thankfully, it hasn’t really hit ‘full force’ yet (but I’m sure it will), but I’m keeping my fingers crossed that all is okay by the time Halloween rolls around tomorrow. Ahh well, we’ll see what happens!

Regardless, we still had some fun this weekend! 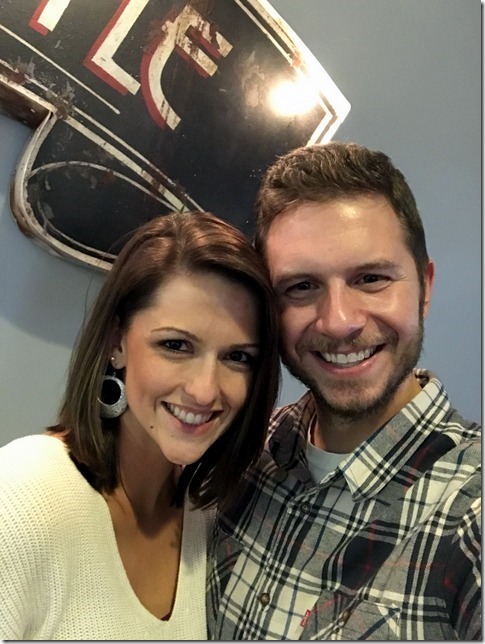 Jay and I enjoyed a few hours out on Friday night, thanks to my MIL coming to watch the boys for us. <3 It was our cousin Mike’s birthday, so his wife (cousin, Denise) set up a little, surprise birthday gathering for him!

Unfortunately, someone spilled the beans ahead of time (ahem, Brian…!) but it was still a great time out with a good reason to celebrate. 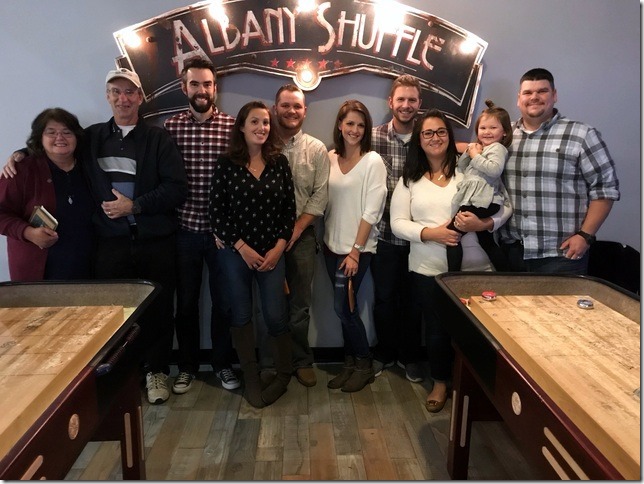 We had some beers… 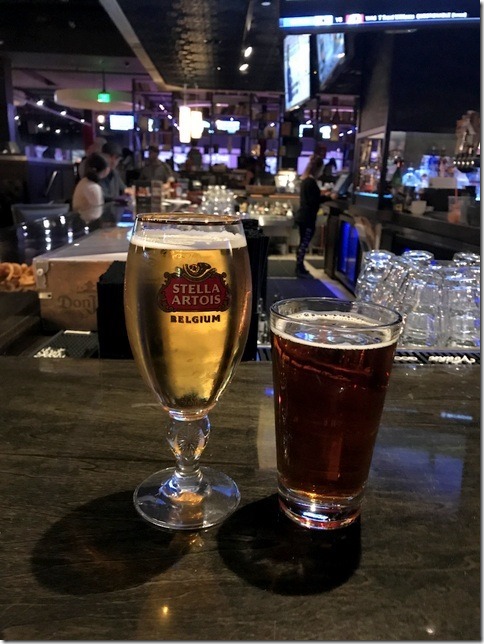 We had some food… 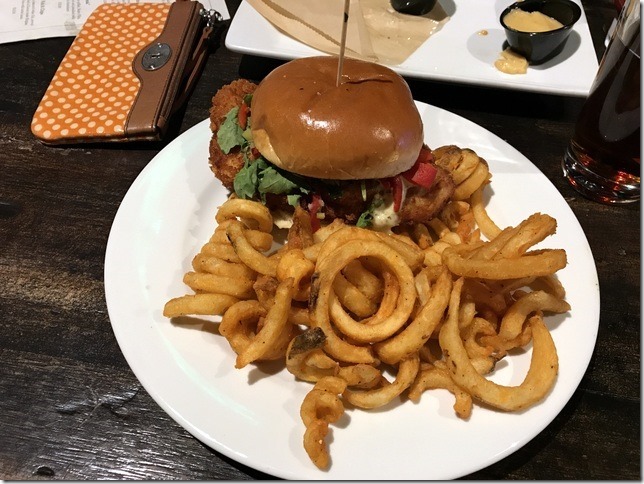 And we had some fun, in the form of shuffleboard…which I quickly learned is really not my game. 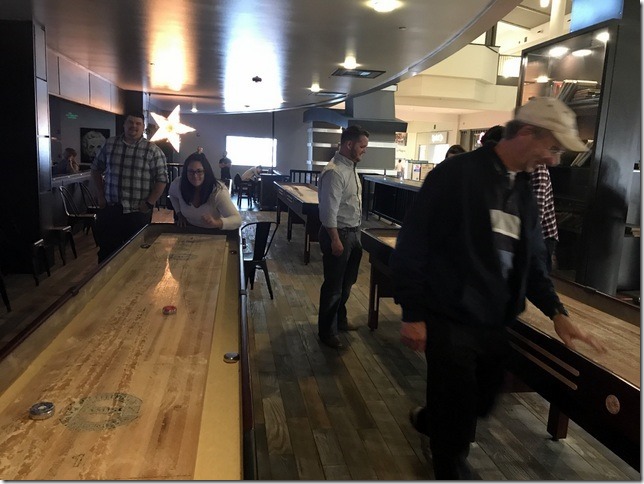 Although I still stand by my claim that the table was warped!! ; –)

Saturday was a busy one, but not in a rushed sort of way, which was nice. We enjoyed a little quiet in the morning, thanks to Alex sleeping in a bit, and Lucas had a great time going through the Toys ‘r’ Us flyer and circling the toys that he wants “for his birthday.” 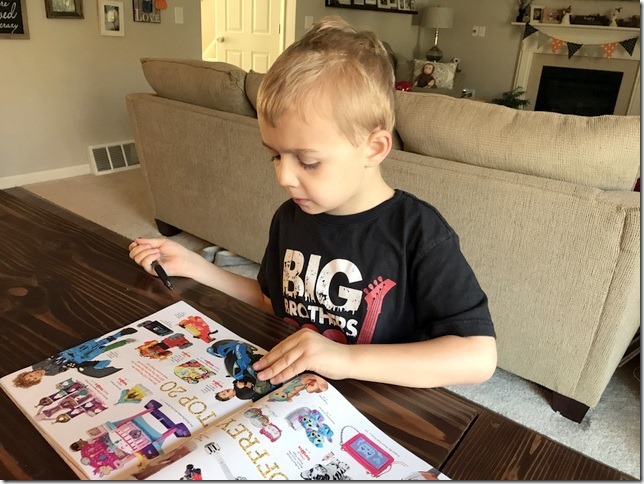 Yes, the child does not want Christmas to come (again, still weird with the Santa thing…) so he wants to wait for his birthday instead. My attempts at lessening his concerns about Santa are proving to be a total bust, sooooo Christmas should be interesting this year!

A little later in the morning, my mom came to pick me up and we headed over to a local craft fair. 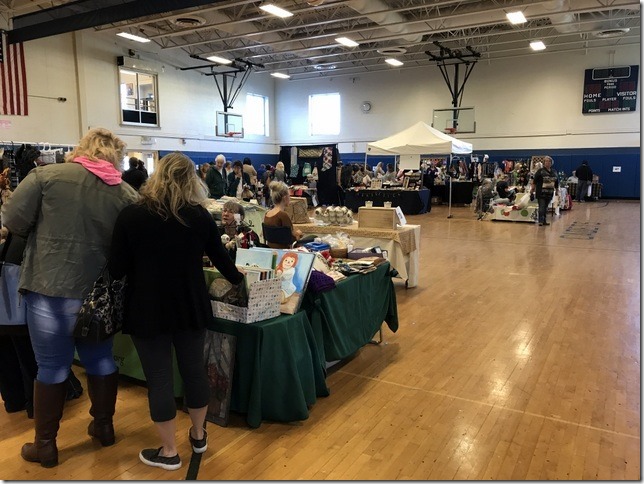 Turns out there wasn’t really much in the way of “crafts” that caught our eye, but I did wind up coming home with some dry rubs. Go figure? 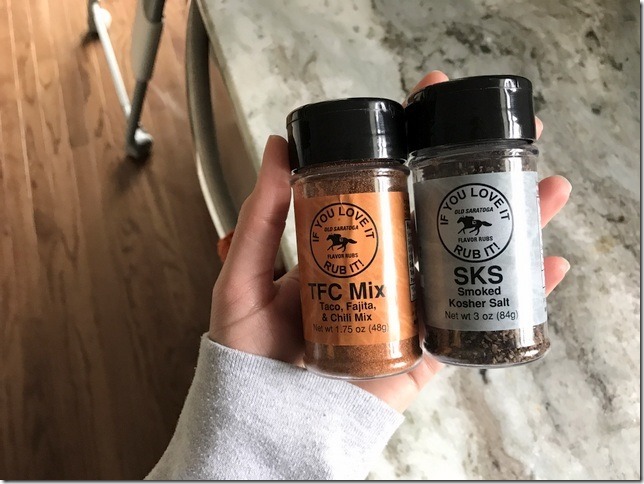 Mom and I stopped for some coffee and chatting for a while, which was so nice, and then she dropped me off back at home…so I could head BACK out the door to my neighbor, Ashley’s, baby sprinkle. 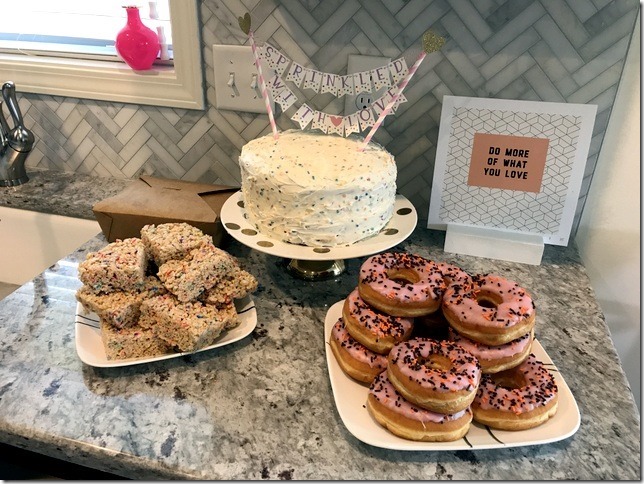 Ashley is having a little girl (the first in our neighborhood ‘crew!’), and she had the cutest little gathering, complete with a headband-making craft. 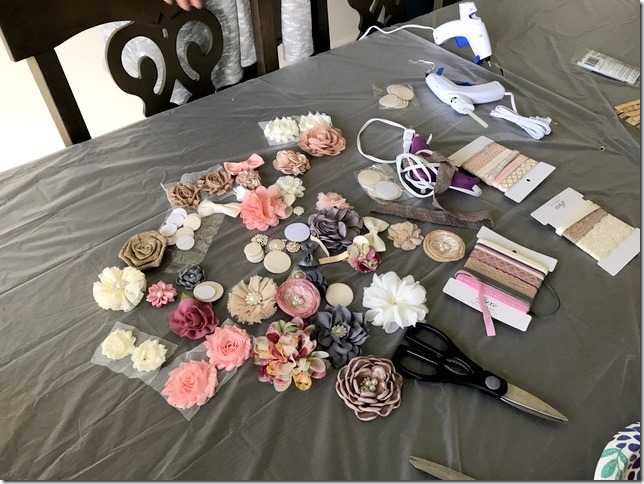 She ended up getting the kits on Etsy, apparently, and I found it to just be so fun! Be on the lookout for my Etsy shop opening up soon… 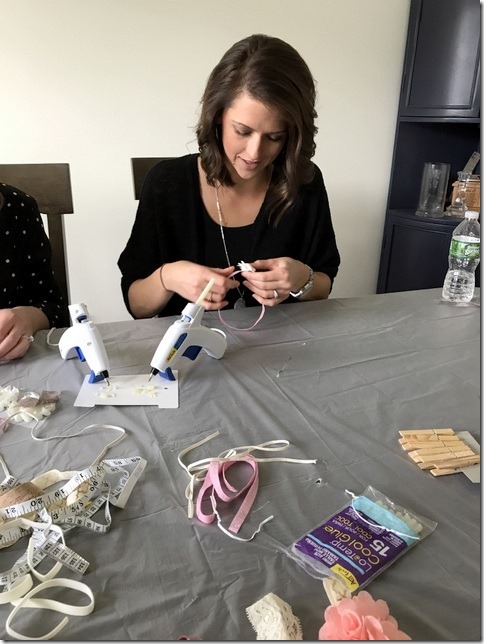 Okay, I’m kidding. TOTALLY kidding. But I did still love making some headbands. : ) 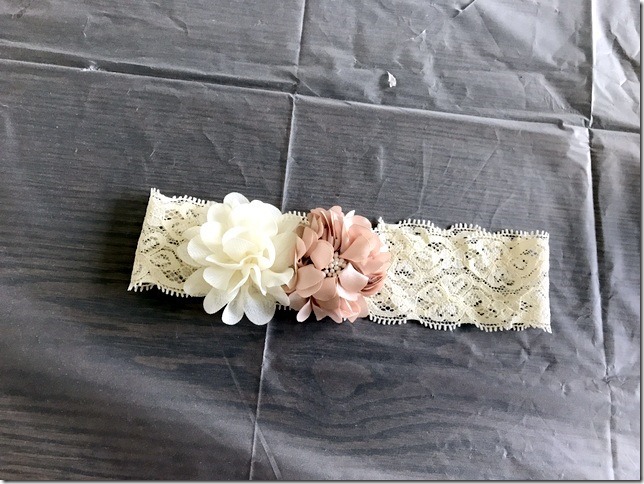 That right there was my first, but I think I ended up hijacking more supplies and made probably two more? In the end, baby girl ended up with lots of new headbands! 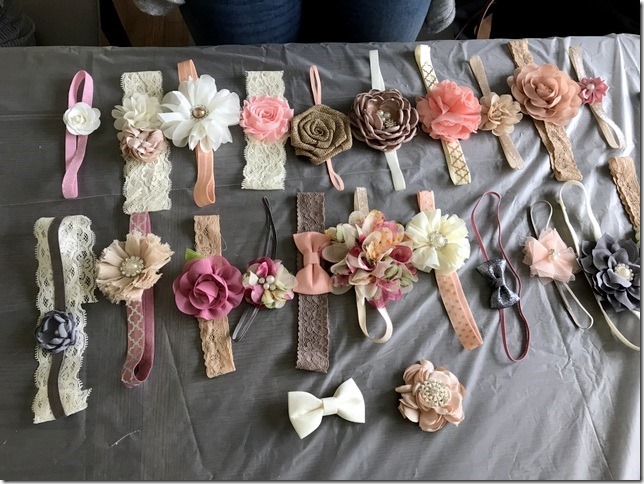 The sprinkle was a great time to catch up with some of the neighbors, and I am just so excited to meet Baby G in December! 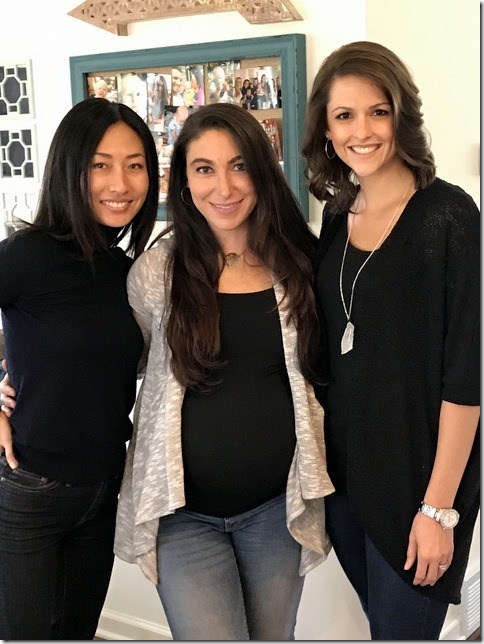 Once I got back from the sprinkle, I relieved Jay from watching the boys so he could take care of mowing the lawn, while the three of us enjoyed the beautiful weather that was, once again, spoiling us this month. 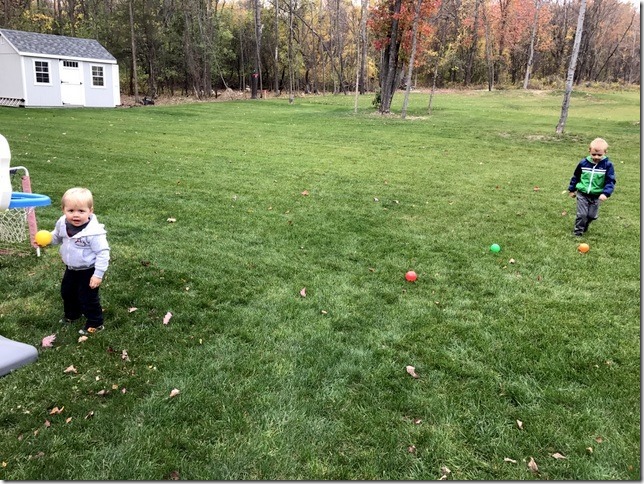 And once he was done, the boys had a blast running around the house and racing (like always…because Lucas. never. stops.). 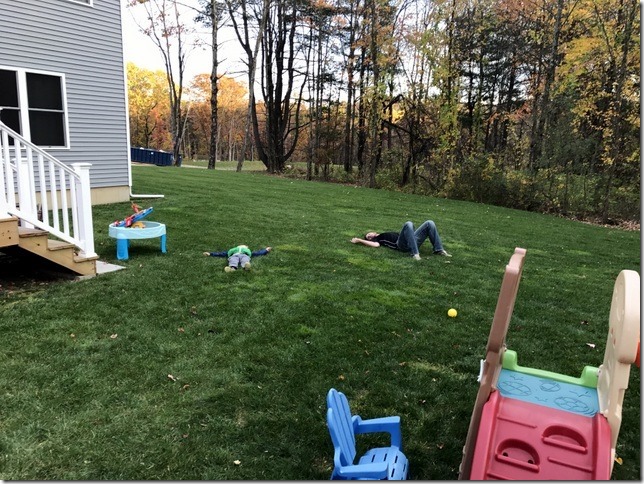 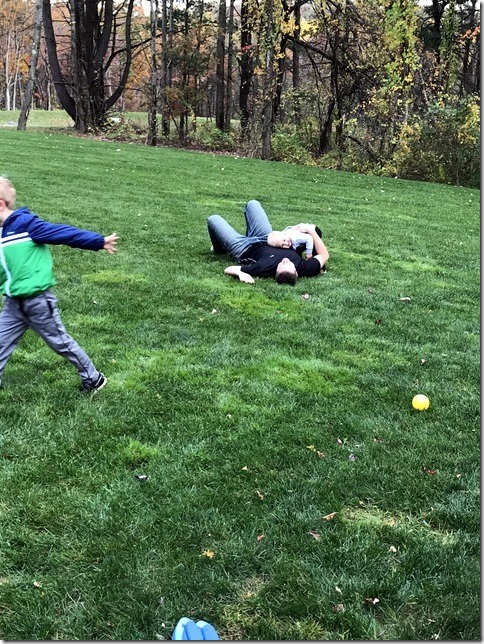 And that’s pretty much it! Sunday was a total washout, so we were stuck indoors all day, but we made it work and I both got caught up on laundry AND got the grocery shopping done. So I’m calling it a win.

How was YOUR weekend? Do anything fun or exciting?