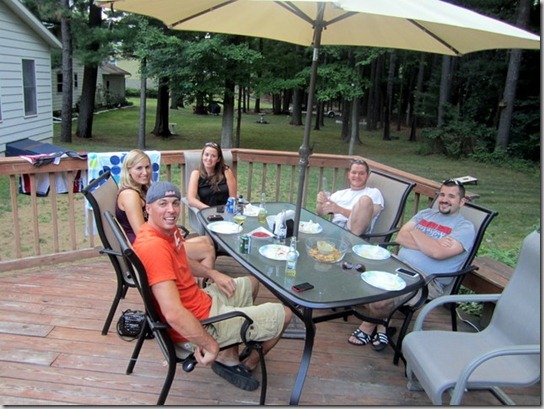 I was lucky enough to be able to spend my entire evening with some of (but not all!) my favorite people in the world last night. 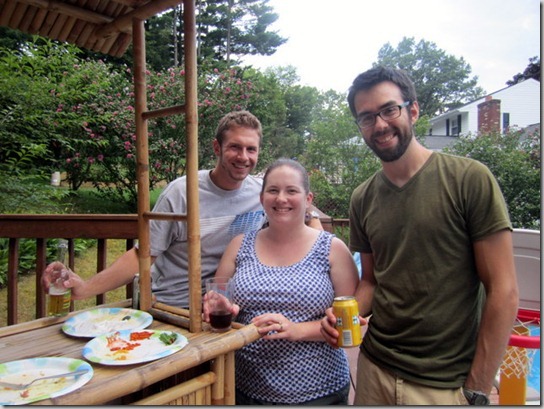 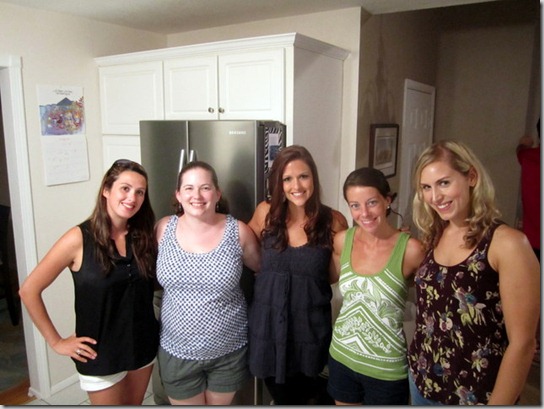 After Jay got home from work, we headed on over to Sarah & Jeff’s house for a little birthday gathering to celebrate the birthday buds. 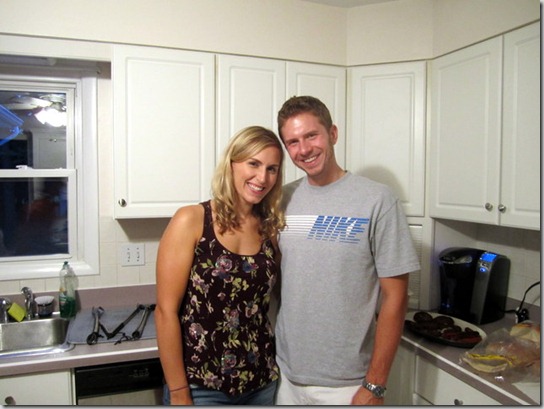 Since it was such a nice evening, we all ended up spending the majority of the evening outside having a couple beverages, having some dinner, and just having plain ‘ol fun.

Before dinner, I ended up snacking a bit on this crazy awesome white bean dip that Kate made. I’ll tell ya…she makes some mean dips! 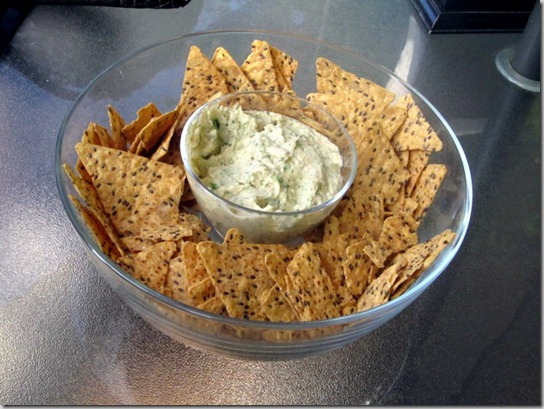 For dinner, we (err, they) fired up the grill…turkey burger with some waffle fries and some sort of buffalo-flavored rice that was spicy but quite yummy. 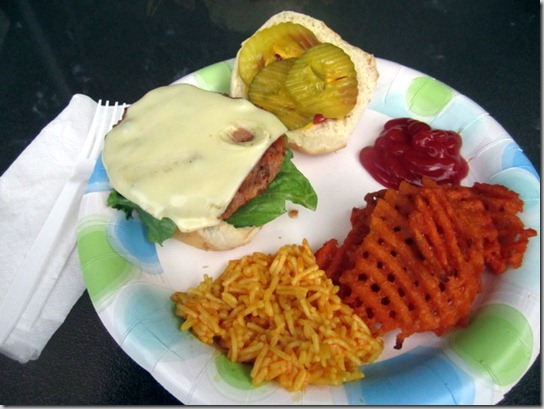 Last night was also super awesome because I actually got some time to hang out with the little bro. Even though I’ve seen him at softball a couple of times, I really haven’t had a chance to hang out with him since our softball party, and I was missing him lots. I’m very lucky that he offered to take this picture with me… 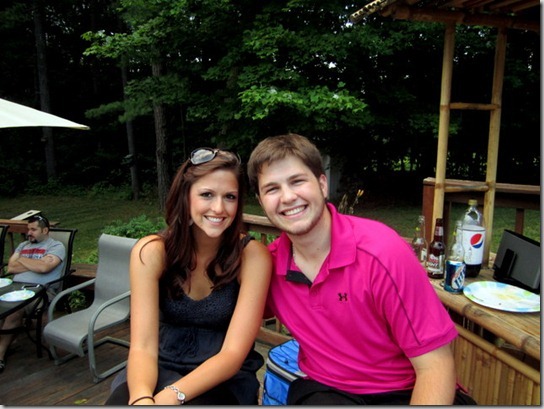 …because before that, he was being a super tool. 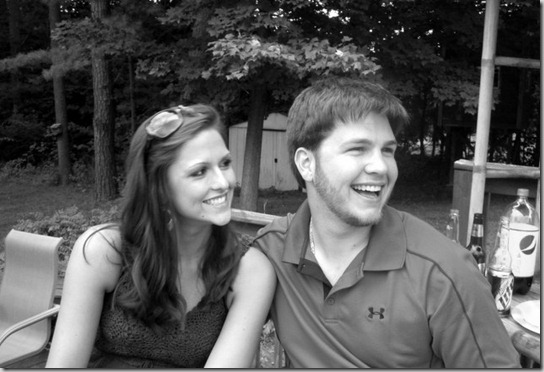 A little while after dinner, we all headed back inside to sing our happy birthdays and have some cupcakes. We were a little unprepared and didn’t have any birthday candles, so we made the two of them each blow out a regular jar candle. 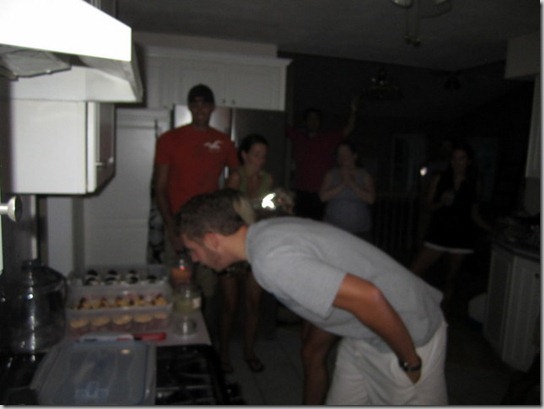 I snacked on 1-1/2 cupcakes for the evening, both of which were thoroughly enjoyed…with Oreo being my favorite for sure. 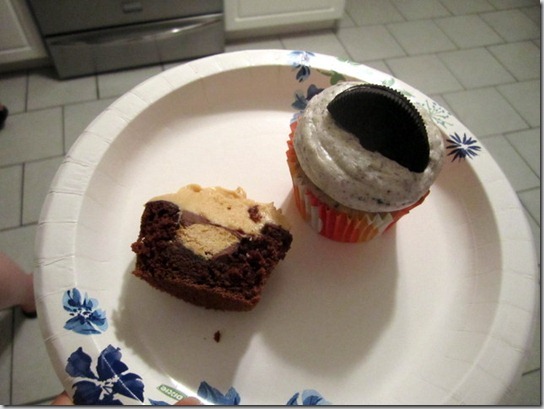 We all ended up hanging out watching the Olympics gymnastics and swimming until almost 11:30pm, but Jay and I had to rush home and make sure that we were back by midnight…

I know I’ve mentioned The Chive to you all before, which is a website that the husband (as well as the rest of the boys in the group, now) is currently in love with. The Chive makes t-shirts that are apparently some hot ticket items which end up getting sold out within minutes of being back in stock.

Jay found out that they were going to be back on sale last night at midnight, so we had to rush home to make sure we were both sitting at our computers by 11:55pm to try and order one. 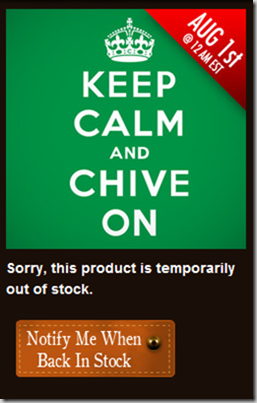 Jay had no such luck on his end (I guess he’s not quick enough on that keyboard!) but I, on the other hand…

I made it happen.

So now Jay can enjoy his birthday as an old 29-year old with two Chive t-shirts on the way…but we can’t forget about the other birthday boy today! 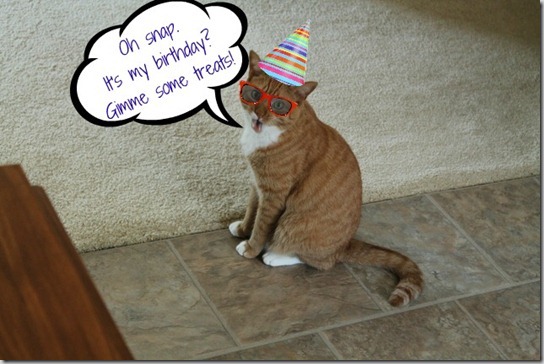 Cody turns three today! (well, at least that’s what we guess) My little guy is growing up so fast on me…

Breakfast was quick and easy this morning. 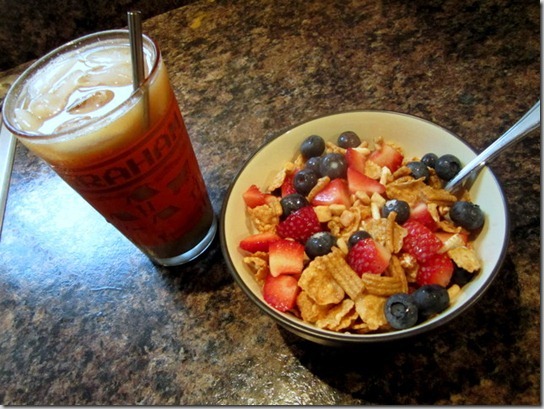 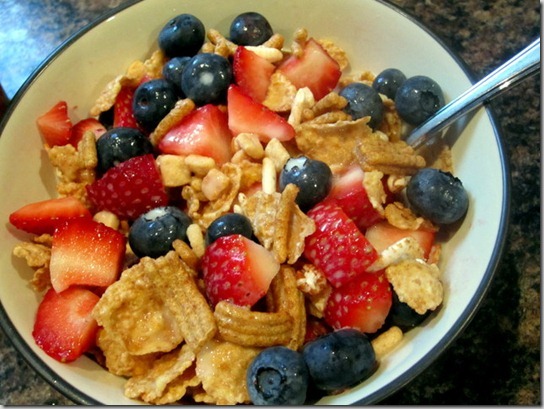 And now, as soon as I finish up a few quick things here, me and the birthday boy (the human one) are headed off for another Ikea road trip…this time to New Jersey! I’m determined to get that furniture today…wish us luck!!