Maybe it’s because I’ve been talking about it all.week.long., but I am feeling like one of the luckiest gals this week with all of the birthday love that has been coming my way.

For example, I received this amazing card in the mail earlier in the week. 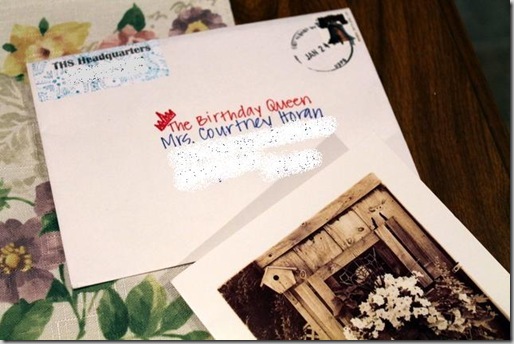 My lovely friend, Heather, wrote me the kindest note, including two different kinds of “birthday” tea – “Passion” & “Zen” – which she said she hopes my 28th year will be filled with. I sure hope so too, Heather. 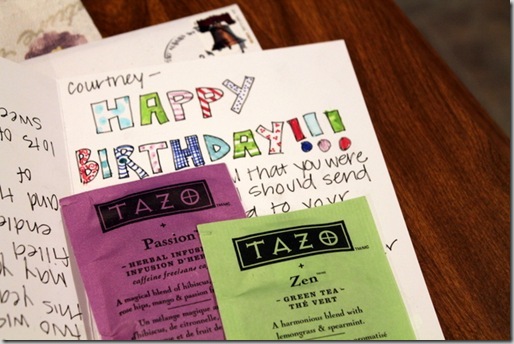 The following day, I ended up getting an email in my inbox saying that someone had sent me a Starbucks Card eGift. 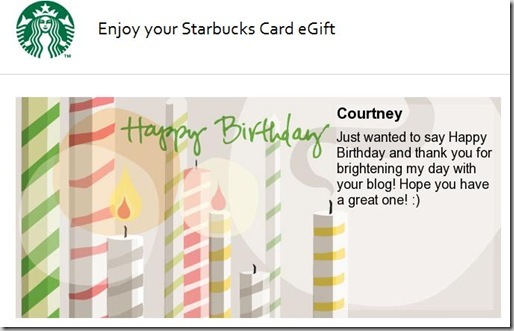 The only thing I know is that it came from an Amanda, so wherever you are Amanda, THANK YOU so much! That was so incredibly sweet of you!

On Friday, I had two surprises waiting in my mailbox for me. The first came from a super sweet reader, Ashlee. She had emailed me earlier in the week after I wrote this post, saying that she couldn’t help but notice that I had a “naked camera strap.” I’d actually been looking around at some, but had decided to hold off for now. Then she told me that she had made some of her own and wanted to send me one! 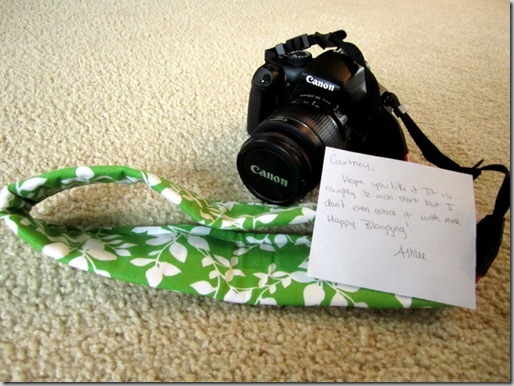 Isn’t it so pretty?? I absolutely LOVE it! Thanks again, Ashlee!

On the same day, I also received a rather surprising envelope… 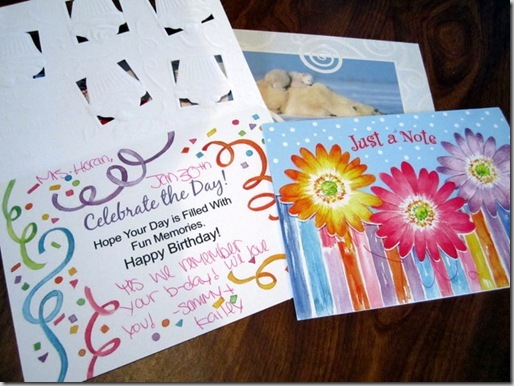 which was filled with a few birthday from some of my former students from last year. I couldn’t believe that they had thought of me – let alone remembered my birthday. This one definitely brought a bit of a tear to my eye.

Then on Saturday, while we were out dancing up a storm, my friend Eileen gave me this homemade headband that she had made. 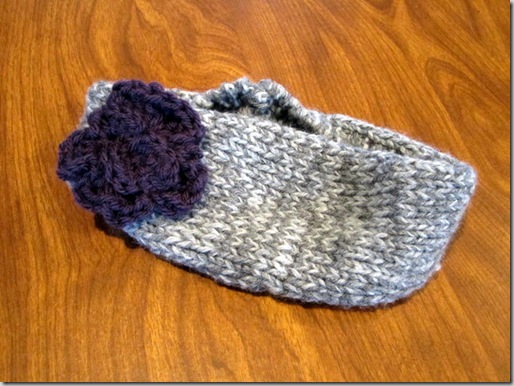 Normally I look like a bit of a tool when I have things like this on my head, but somehow, Eileen managed to make this little beauty perfectly. Now if I could just figure out how to wear these things without getting awful hat head hair…