Oh man, lots to catch up on this morning! Shortly after Jay got home from work yesterday, we headed out to run a couple errands, so up until this morning, I hadn’t touched my computer since about 4:00pm yesterday…and it was kinda nice!

So backtracking a bit…remember yesterday when I asked this:

So would I be crazy for my lunch today to be made up entirely of leftover zucchini casserole, zucchini latkes, and zucchini muffins? 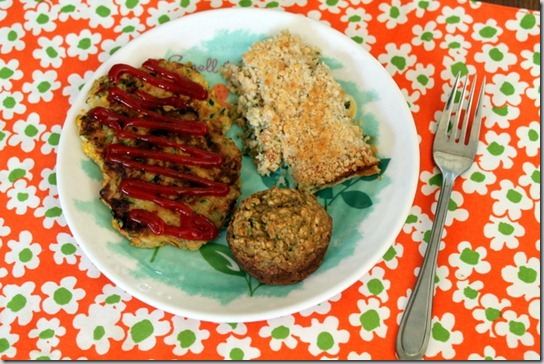 I went for it. I’m telling you, I’m going to turn into a zucchini you guys. 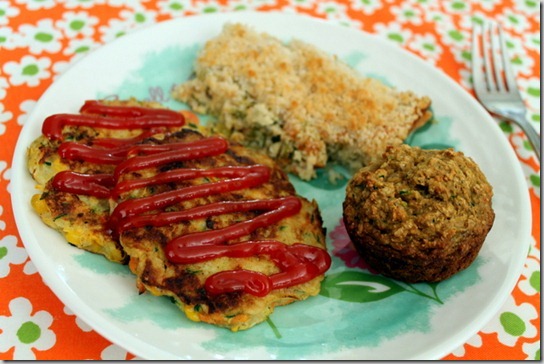 I reheated the casserole in the microwave while I reheated the latkes on the stove to get them nice and crispy again. I am happy to say that everything was just as good the second time around. 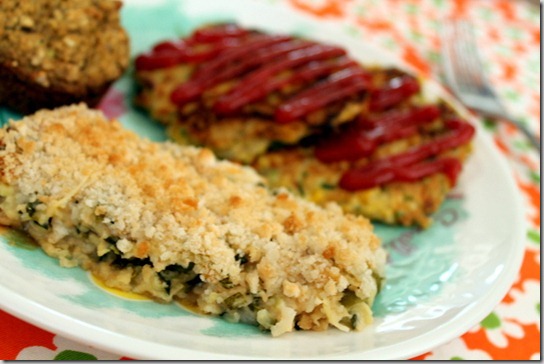 A couple hours later, I took a reading + snack break. I’ve made it past page 100…and one of the first things that popped into my head was, “oh my god, and I’m borrowing this book from my mom.” 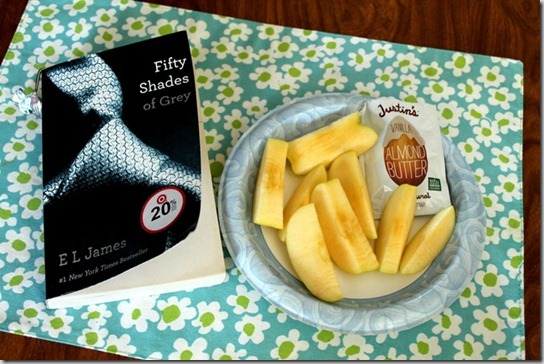 But anyway. Let’s talk about this snack. Look what I FINALLY have in my possession…Justin’s Vanilla Almond Butter! Shortly after I mentioned it a couple of weeks ago, I received a lovely little letter in the mail from Ashley, which contained two packets of the good stuff. 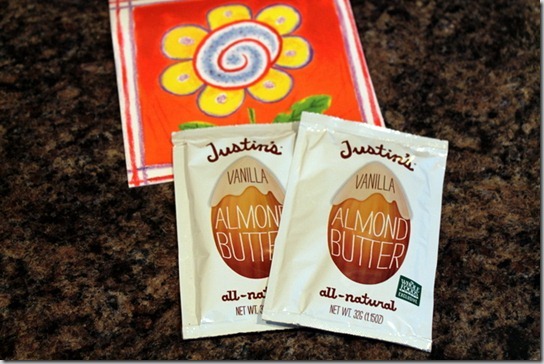 If you follow me on Instagram, then you already know I was quite excited about my new goodies, so I had to dive in right away. I paired a packet with a golden delicious apple and, honestly, it was everything I’d hoped it’d be. 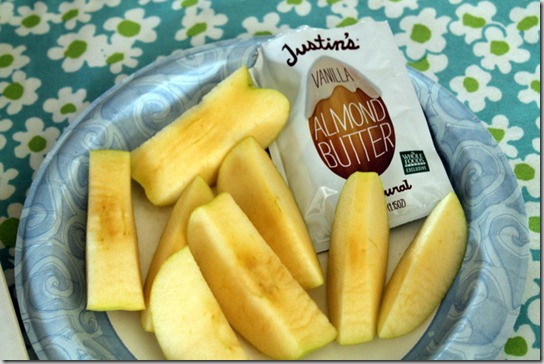 I squeezed every last drop of almond butter out of that packet.

Since Jay and I were already going out (we’re in the process of finding me a new desk) we figured we’d use up one of our last Christmas gift cards at Outback Steakhouse.

While we were there, we got to talking about how the last time we were there was actually during our “Dark Ages,” which is probably about 5 or 6 years ago? We had just slowly begun talking again, and some friends of ours at the time had invited us both out for a group dinner. I remember feeling so incredibly nervous, yet excited to actually be sitting at arms length from him once again. I’m pretty sure it was only a couple of weeks after that when he asked me to be his girlfriend, thus beginning “Courtney & Jay, 2.0.”

Funny enough, the table we were sat at last night was actually right next to that table we sat at 5 or 6 years ago.

We were immediately served some warm, crusty bread, which was great because Jay and I were starving. I had this, x3. 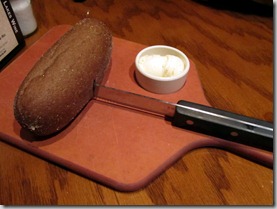 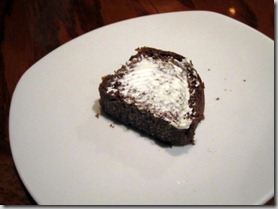 For dinner, I decided to go with their 6oz. sirloin with some sautéed mixed vegetables and a baked sweet potato. 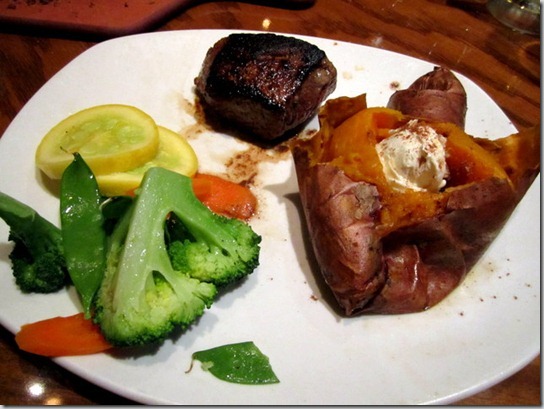 The sweet potato came topped with honey butter, cinnamon, and brown sugar…ummmm, it was freakin’ awesome. 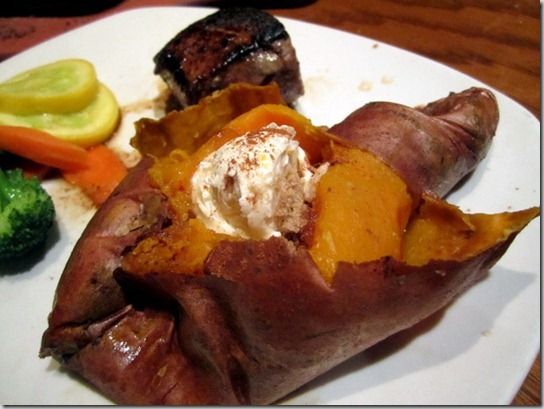 We weren’t quite sure what to expect, but we were both pleasantly surprised with our meals. Saweeeet!

This morning, after completing a challenging, 40-minute yoga session, I went ahead and made some breakfast. 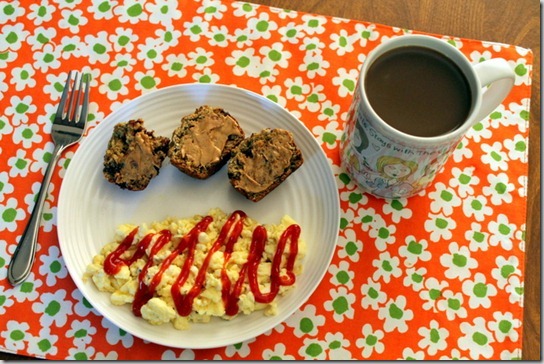 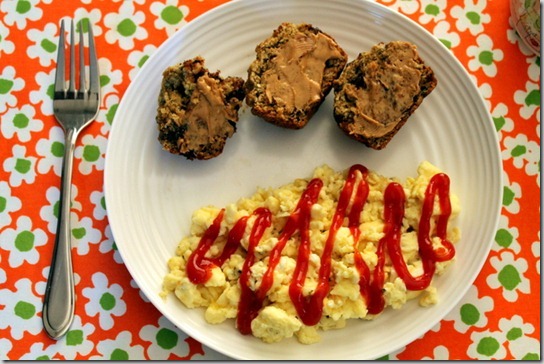 I ended up nibbling on a muffin while waiting for the rest of breakfast to cook, hence the reason there’s only one and a half muffins present. Topped with some PB, they were yummy. 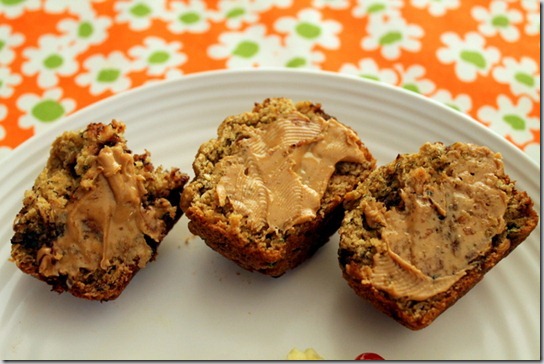 To accompany my muffins, I scrambled up 1 egg + 2 egg whites, mixed with some dried basil, milk, and feta cheese, which made things nice and fluffy. 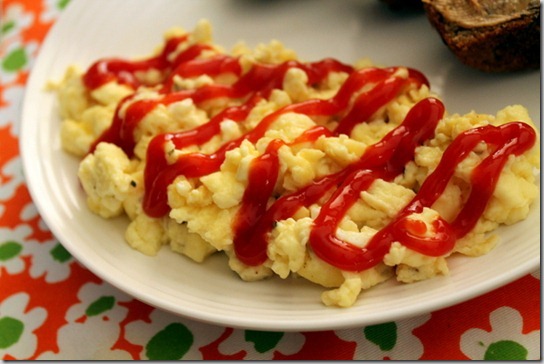 I’ve always sort of mixed it up with my eggs – sometimes I use all egg whites, sometimes egg substitute, and sometimes real eggs – but lately, I’m loving a combo of the full egg + egg whites. So much good flavor!

I’ve got lots on the agenda this afternoon, including a clothes drop-off, a stop at Old Navy for the 40% off sale, and an appointment with the dermatologist. Would you believe I’ve never, ever seen a dermatologist up until today? (Alyssa, don’t yell at me…).

Wow, that was a lot of talking…I’ve gotta stop. Have a great day, everyone!