Gooooood morning! And happy Wednesday to you all. How’s everyone doing on this lovely, chilly day (umm, yeah, it’s 2 degrees here this morning). Since it’s Wednesday and all, you guys know what that means…

Let’s take a little look at What Courtney Ate Tuesday. 😉

I already mentioned this one to you guys yesterday. Unfortunately, it did not wind up tasting as good as it usually does. 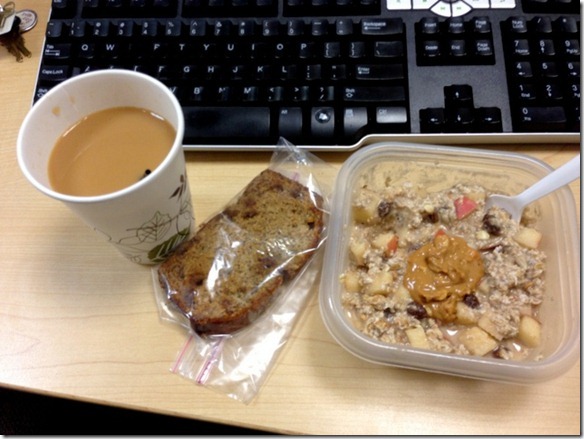 I think there was too much apple, not enough chia seeds, and a little bit too much liquid so it wasn’t quite as creamy as I usually like. Luckily, the banana bread made up for it.

Mid-morning, I snacked on a clementine just for the heck of it because it was sitting on my desk. No photo of that little guy.

I’m telling you…yogurt bowls are where it’s at lately. Can’t get enough of ‘em! 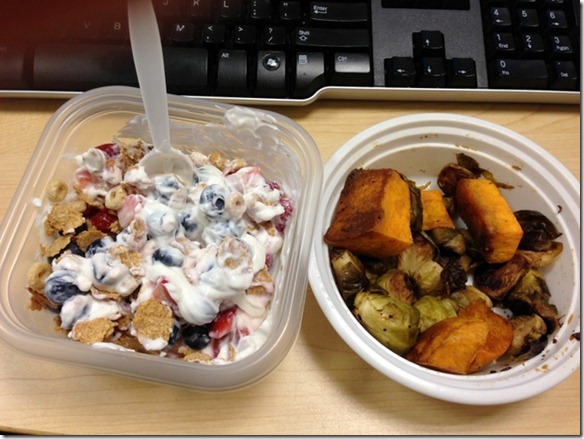 I had some vanilla Greek yogurt mixed with strawberries, blueberries, Special K Protein Plus, and Cheerios, which was super delicious.

For a little veggie action, I also finished up the rest of my roasted brussels sprouts from last week (along with a few chunks of butternut squash, in case you were curious). I had planned on heating them up but actually just wound up eating them cold. 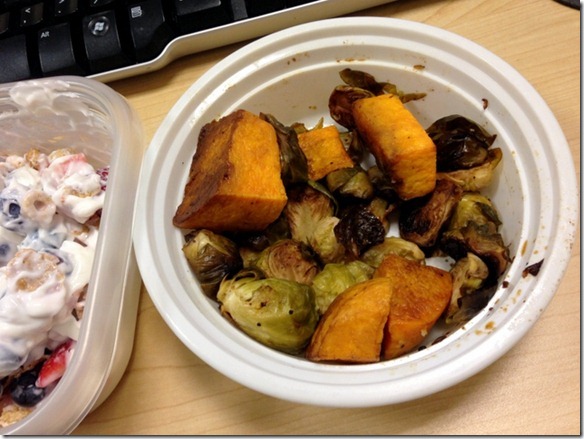 I think it’s safe to say that they’re growing on me. I’m excited to try them out again.

Shortly after lunch, I was craving something sweet. Enter, a delicious, pink lemonade lollipop. 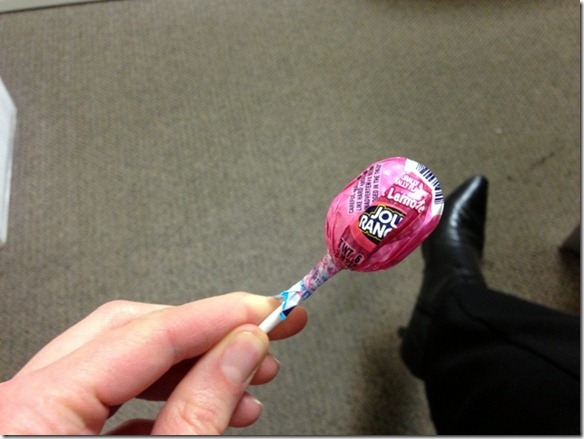 Couldn’t tell ya the last time I had a lollipop, but man, was it good.

Hunger struck once again around 3ish, so a little while later, I found a few minutes to make a little snack. 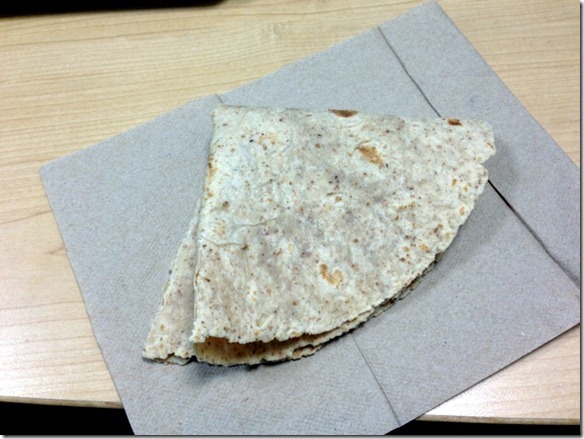 I had this tortilla in my desk for “emergency purposes” (seriously, who stashes tortillas?) and filled it up with some peanut butter (also in my desk) and pumpkin cream cheese (which I keep in the fridge). 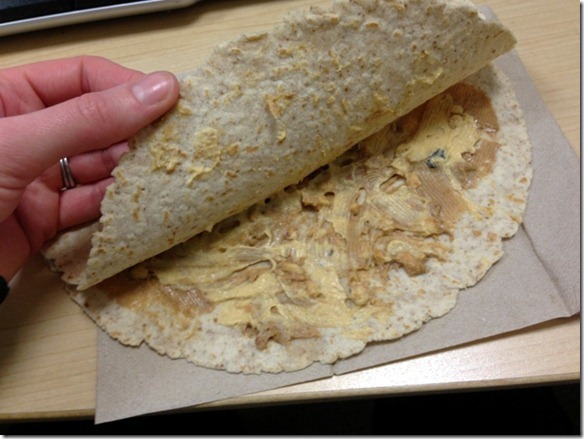 That was one heck of a snack. Gotta love the pb & pumpkin cream cheese combo!

We had company over for dinner last night (our wonderful pals Sarah and Jeff!) so there was lots of good stuff on the menu. 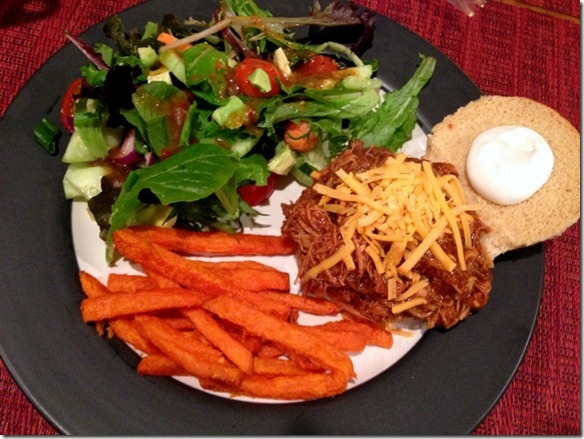 The star of the meal was the Slow Cooker BBQ Pulled Chicken that I put together yesterday morning, which I served with Martin’s mini whole wheat potato rolls (<– have you had these? Amazing.). Along with the chicken, I put together a big tossed salad (with lots of avocado!) and cooked up a bag of sweet potato fries. 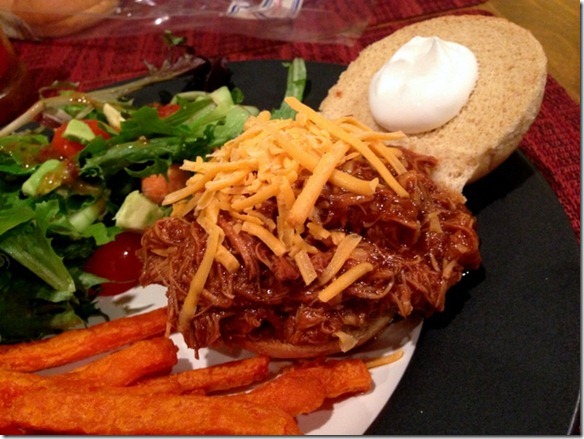 I swear, that chicken is probably one of my favorite things to cook for when we have company over. Just so easy and yummy.

A little while later, we dug into some dessert, courtesy of Sarah and Jeff. 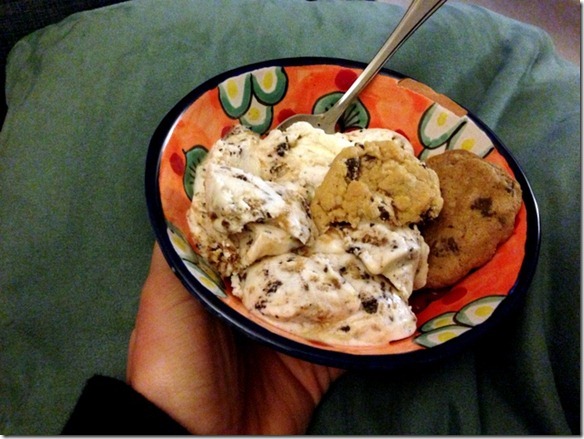 Homemade cookies and ice cream. Umm, does it GET much better? 😉

What’s the most random food you’d say you keep in your desk/purse/car/etc.?