As I sit down to type this post, I’m still having a hard time grasping the fact that my little baby is already a year and a half old (today, actually!). The speed at which the last 18 months has flown is kind of overwhelming at times, if I’m being honest. But at the same time, it’s also exciting because it just keeps bringing us one day closer to something fun and new. Because, really? I swear there’s something new developing by the day! 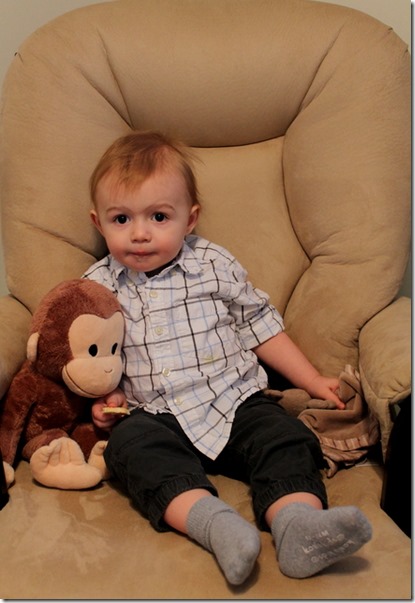 Weight & Height: Lucas has his 18 month appointment next Monday, but according to our (very) unofficial measurements, Lucas weighs about 31lbs (I question that, we’ll see next week) and is about 33-1/2 inches tall.

Eating: Gahhh…totally hit or miss here. Some days, I swear he eats more than I do. Other days, it’s a struggle to get him to eat anything, including most of his (usual) standbys. When he isn’t being super picky, we can usually count on him eating something from his favorites: chicken meatballs, hot dogs (we love Applegate Farms), cheesy spinach pasta, cold plain pasta (I know…?), blueberries, pears, grapes, apples, yogurt, PB&J, eggs, goldfish, graham crackers, Nutrigrain bars, string cheese, and most food pouches that aren’t super textured. 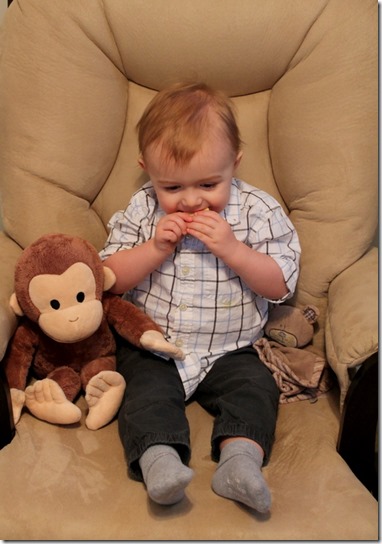 He also likes Gerber cookies…as does his mama.

Lucas, as you probably already read, FINALLY dropped his last bottle! He was only getting one at bedtime and, honestly, I wasn’t really pushing it. It didn’t bother me, and I figured he’d let me know when he was no longer interested. Well, he certainty did just that and, now, the bottles are tucked nicely away in the basement. WOO HOO!

Sleeping (naps): We’re finally at a time where we can be somewhat flexible with his naps, if needed. Most days, we’re (sadly) down to one nap, and he usually goes down somewhere between 10-11am. His naps can last anywhere between 1-1/2 to 3-1/2 hours. If his first nap is early enough (and short enough), he’ll occasionally take a short afternoon nap, too.

Sleeping (at night): Currently, we’re doing great and he’s sleeping anywhere between 11-13 hours a night (usually going down between 7:30-8pm and waking up between 7-8am). However, we did go through a few different issues these past few months of him waking up during the night, wide awake, and just wanting to play. And each time, he’d be up for at least two hours…it was exhausting. We finally realized that he usually ended up sporting a new tooth sometime around these wakeups, so we attributed it somewhat to that.

There was also a couple of weeks where he was waking up because he couldn’t find his paci, which was really odd (this was never an issue for him). We ended up taking a blanket out of his crib and also gave him two extra pacis in there and we’ve been fine since. I’d love to get rid of the paci, but I don’t think any of us are quite ready yet…

I was talking with one of my girlfriends about it last week, and we were both saying that if worse comes to worst, I’ll probably wait until he’s old to understand if I were to tell him that we’re “giving it to another baby to use.” Lucas has actually been the “recipient” of some bottles and pacis from friends’ of ours (i.e., not really, that’s just what the parents told their kids) and I’ve had no problem with that. So, we’ll see what happens!

Clothing: Mostly 18-24 month clothing (although some 18 month things are getting short/tight), size 5 shoes, and size 5 diapers. He’s our big boy! And I don’t think we really realized it until we saw that he’s one of the tallest in his soccer class but definitely the youngest. 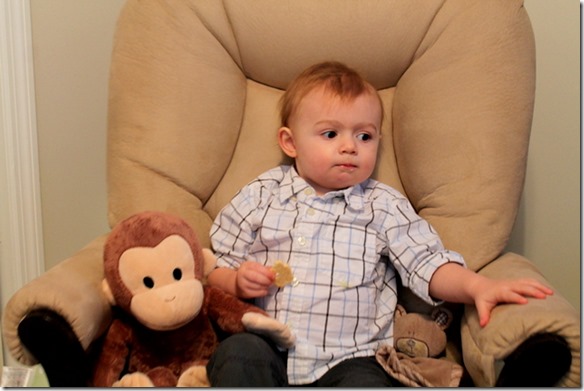 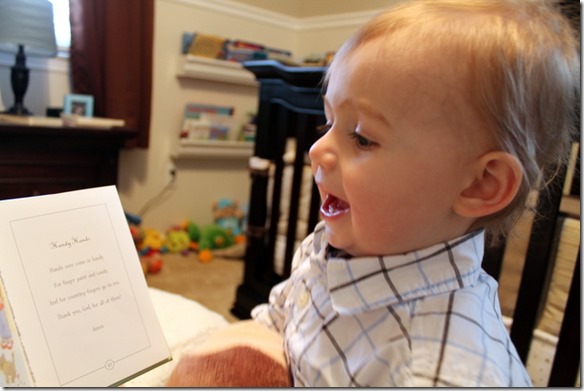 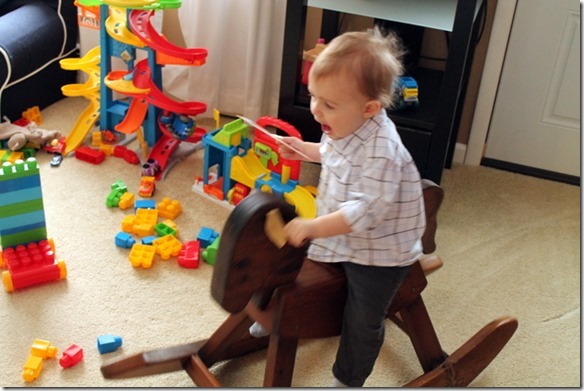 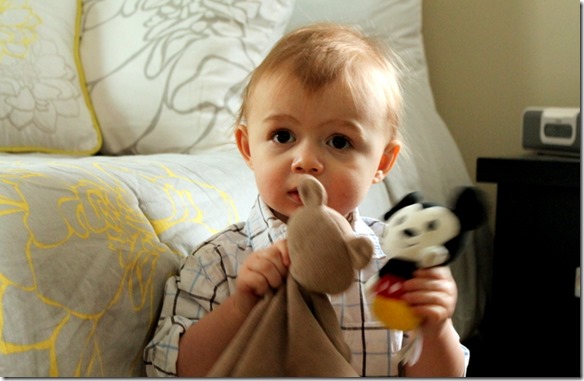 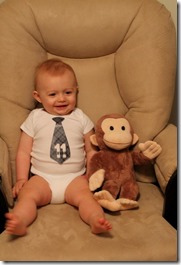 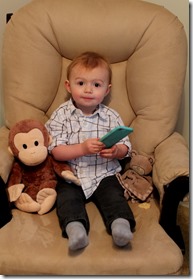 Happy half birthday, my sweet Lucas. You certainly keep us on our toes and I have no doubt you are just going to continue to give us a run for our money. We love you to pieces, Mister. <3